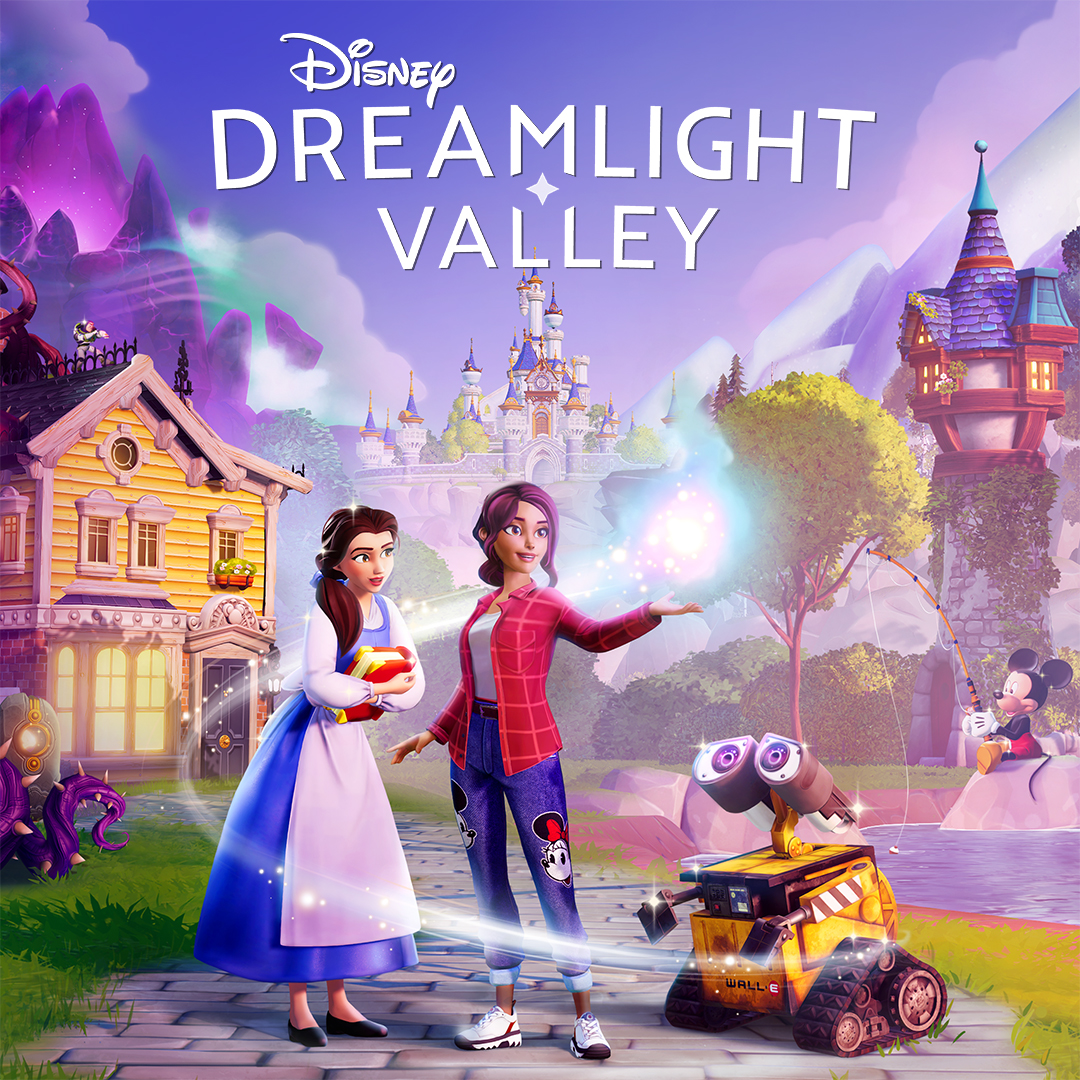 By Roger Reichardt  •  4 weeks ago 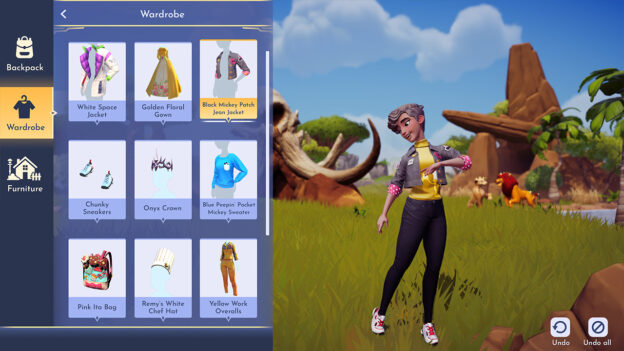 The game starts with you creating your character, and the options are impressive. You can choose a few different body types, hairstyles, and such, but there is also plenty of cultural clothing too. This inclusion gives depth to the character creation suite.

You soon learn more about the story behind Dreamlight Valley. Your character has moved back to your childhood home to discover much of the house and surrounding area in ruin. After this narrative segment, you are transported to Dreamlight Valley, where Merlin welcomes you. He explains that after the ruler of Dreamlight Valley left many years ago, black vines started to take over the valley, causing the Forgetting. As a result, many of the residents in Dreamlight Valley lost their memories, and it’s up to you to help retrieve them. To do so, Merlin sends you on a quest to find the three tools that the ruler left behind; a fishing rod, a pickaxe, a watering can, and a shovel. Each device will open new quests for you to complete. This is the major difference between Animal Crossing and Dreamlight Valley; every character you meet will provide you with new quests. You can complete them at your leisure and in any order you’d like. But the game certainly has a story that it wants to push forward, which is done via traditional quest gameplay. 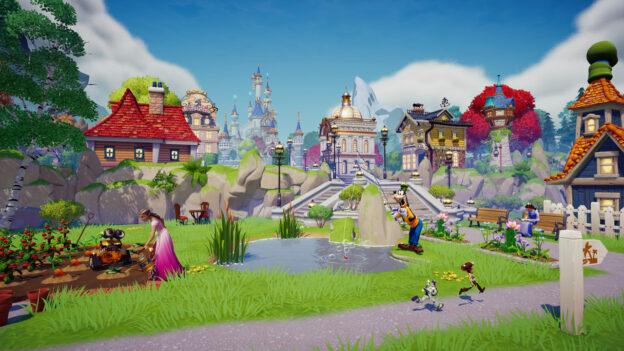 There are several different currencies in Dreamlight Valley. The main one is dreamlight, which is earned from completing quests, both for Disney characters and by doing duties like catching so many different fish, talking to various characters, cooking different meals, or removing the dark vines. The dreamlight opens new areas and new Disney worlds for you to explore.

Another type is gold coins. These are collected by getting rid of the vines or by selling items that you craft or grow. You can use the gold coins to buy cosmetics for your house and for your character from Uncle Scrooge. Scrooge’s store has different daily items, similar to Nook’s Cranny in Animal Crossing. This encourages you to play the game daily, much like Animal Crossing.

Another type of currency is moonstones. This is the currency you use actual money to obtain (although you can find treasure chests throughout the world that will have a few moonstones in them). When it fully releases, Disney Dreamlight Valley will be a free-to-play game; however, if you want to play the early access now, you’ll need to purchase a Founders pack, which will include some moonstones. The moonstones allow you to buy special events, which act similar to season passes in other free-to-play games. 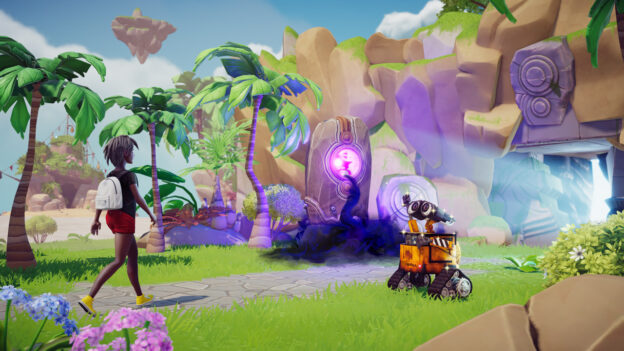 The event that was happening when I played for the review was the Pixar Star Fest. For instance, I bought an Incredibles outfit for my character and a Buzz Lightyear display case for my house. I like that these events are purely cosmetics, and you don’t have to spend money to play the game once the full version is released, as there is still plenty to do without doing the special events.

The game’s best feature is opening new Disney worlds and recruiting those characters to live in Dreamlight Valley. For instance, I opened the world of Moana, and met Moana and Maui. Of course, Moana had a few quests for me to complete before she’d move back to Dreamlight Valley, but that’s part of the game’s charm and keeps the game feeling fresh.

As you complete quests for the villagers, you also level up your friendship rank with them. Leveling this up will open new recipes, cosmetics, gold coins, and many other things. You can also ask your fellow Dreamlight Valley citizens to join you in your chores, like fishing or cooking, which will also increase your friendship with them. Inviting them along will also help you get extra items. For instance, I took Moana fishing with me, and because I did so, she gave me additional fish. 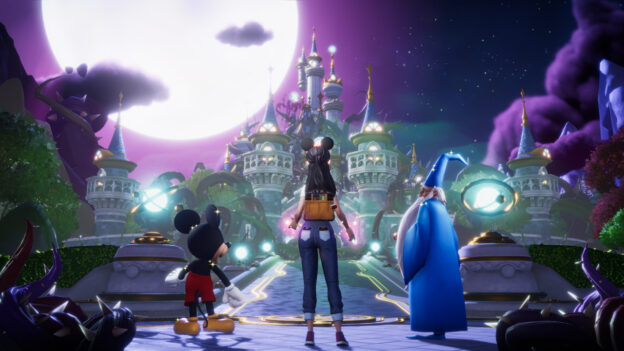 There were a few bugs that I ran into while playing the early access. I completed a quest for Goofy, and he gave me a bunch of seeds. Completing the quest should have unlocked new quests from him, but instead, whenever I talk to him, he thanked me for finishing the previous request. I have plenty of seeds now, but I want to see what else he has to offer.

I also noticed that the game had some performance issues while playing it on the TV. I noticed that the music got choppy at parts, and there was some lag as it tried to render everything going on in the game. These are things that I expect in early access, but if you pay for the game, it’s not a great experience.

I enjoyed my time with Dreamlight Valley. There is plenty to do, and I never felt rushed to complete any quests. The fact that I can complete the quests in any order I’d like also played a big part in the leisure gameplay that Dreamlight Valley is going for it. The cast of characters and the amount you can do is impressive, and I can’t wait to see what else is planned for the future. If you’re a massive fan of Disney and looking for a game similar to Animal Crossing, but with a bit more direction in story, Dreamlight Valley is certainly for you.