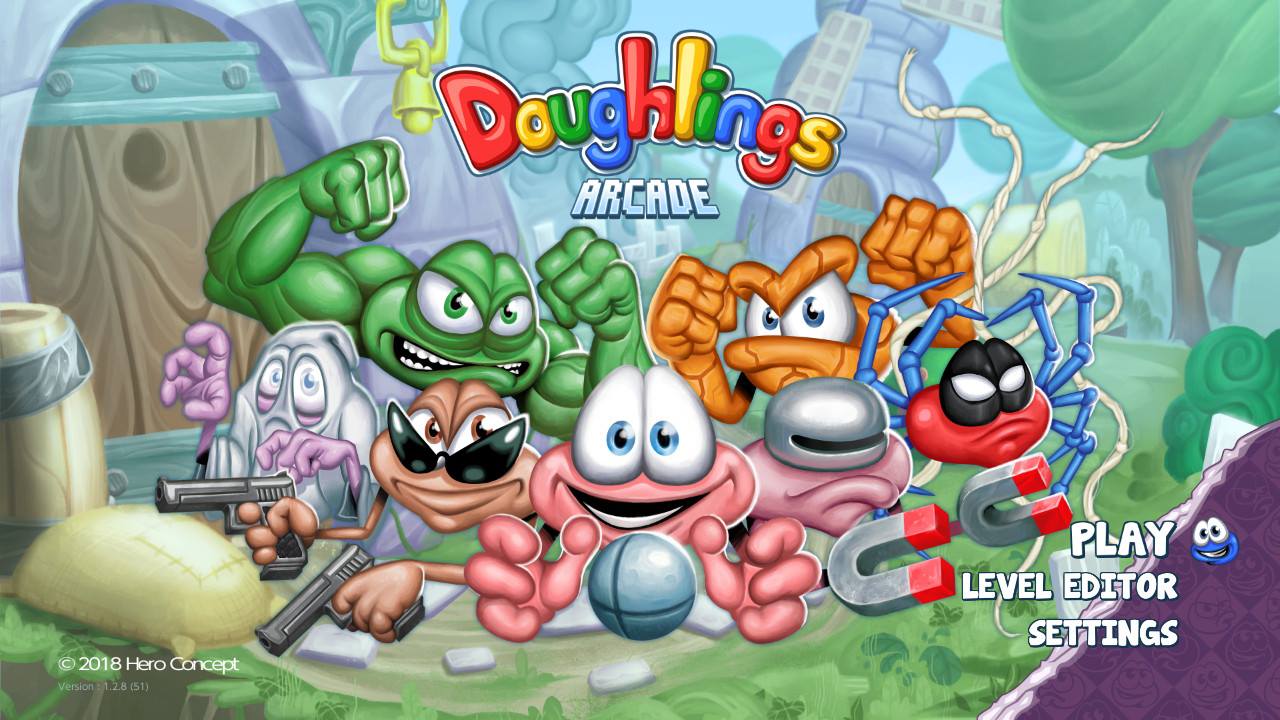 Doughlings Arcade is an arcade\action game with puzzles galore. This game brings new mechanics along with a modern design and a fresh take on Arkanoid games. Doughlings Arcade has new, interesting characters with special power-ups that add to the unique gameplay. 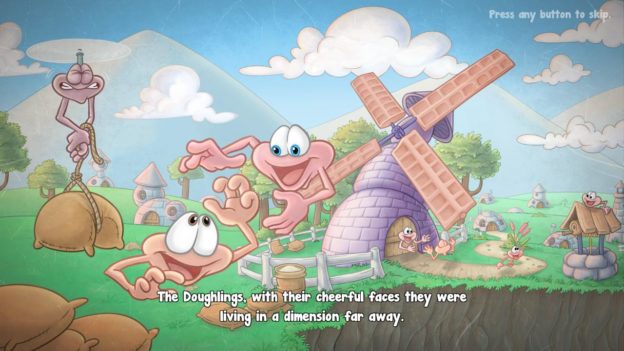 Doughlings Arcade begins with a quick backstory. The Doughlings live peacefully in their own dimension without a care in the world. Until a disease spreads throughout their home. With about 90 various levels of gameplay, it’s up to one Doughling to cure everyone. In order to do that the Doughling needs to restore everyone back to their original pink color. 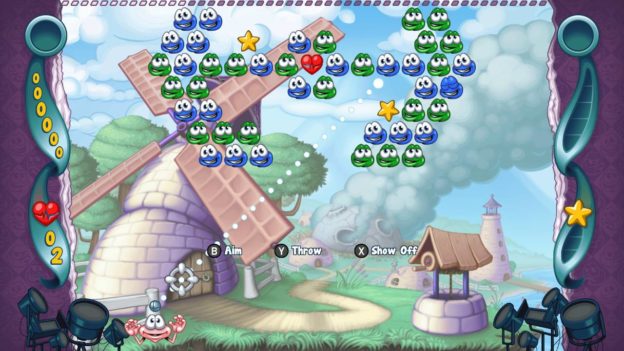 There are four different colors the diseased Doughlings become – blue, green, yellow, and red. This is also their difficulty level. The blue Doughlings need to only be hit once in order to turn back to normal while the red ones need to be hit four times to return back to normal. The controls are simple. You control your pink Doughling at the bottom, scrolling from side to side to bounce the ball around the screen. Once he hits all (or most) of the Doughlings and returns them back to normal, the level is over and you’re free to move on.

You have three lives for each level and lose a life whenever the ball gets passed you and falls off the bottom of the screen. Sometimes it’s not as easy as it seems to keep the ball in the air. Some levels have a heart you can get to regain a life, but it’s inconsistent. Not every level has a heart and if you get the heart at full health, it goes to waste. It doesn’t give you four health, you just stay at three. 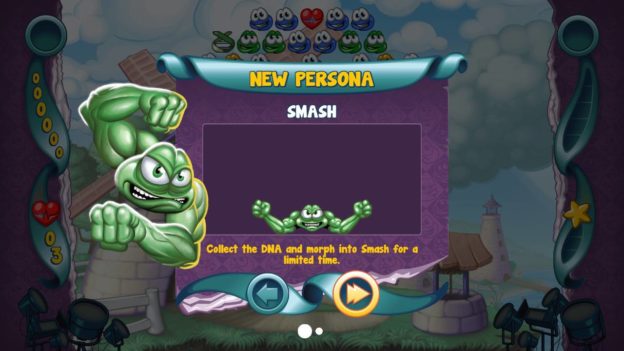 There’s a lot to do in each level. The score is based off of a point system. You get points whenever you hit the other Doughlings. There are three stars within the level as well. If you hit them and catch them when they fall, you’ll gain those stars to add to your total score for the level. Each Doughling when returned back to normal, gives you a thumbs-up that falls down the screen. Catch those and you’ll turn on the spotlights at the bottom of the screen. Once you have all ten, you activate “Show Off” which gives your normal Doughling a colorball. This is a power-up that changes color of all adjacent Doughlings. If there are five blue Doughlings touching each other, all five will turn pink when one is hit by the colorball. It makes things so much easier, though it doesn’t last long. None of the power-ups last too long but, using the stars caught, you can upgrade the power-ups.

There are DNA items to collect in some of the levels as well. These are more power-ups such as Smash and Gunner. The Smash allows you to cover more ground at the bottom of the screen and uses a Thunder Clap for it’s Show Off move, which hits every Doughling on the screen. With these DNA forms and special power-ups, there are a lot of different unique ways to play the levels. 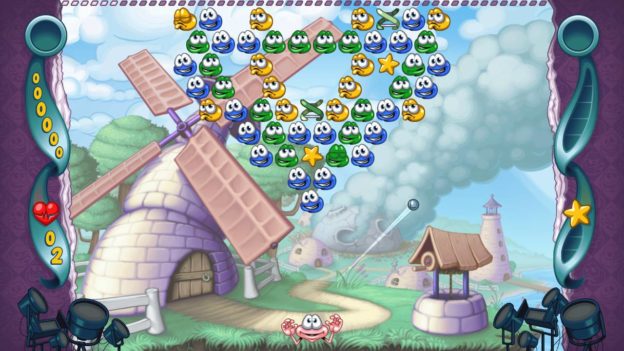 The music goes well with each level. It’s not boisterous to make you lose focus in your gameplay, but it’s not subtle enough to make the gameplay seem too quiet and boring. It has a good beat. The sound effects are just as satisfying and the narrator, when you die, is snarky. It was funny at first but there’s not much of a variety to what he says so it got annoying to me after a bit. The graphics are charming. The level stages are simple and fairly similar to one another, but the colors are bright and the art style works for this kind of game.

Doughlings Arcade is a fun game to pick up and go. I felt this game was more of a mobile game rather than for the Nintendo Switch, but the handheld mode for the console works well for this game, even though it’s nice to see it on the big screen. This game is tougher than it looks and it’s easy to say, “Just one more level.”

Doughlings Arcade is quick to play and easy to pick up on the go. The gameplay is tougher than it seems which adds a lot to the simplicity of the gameplay.