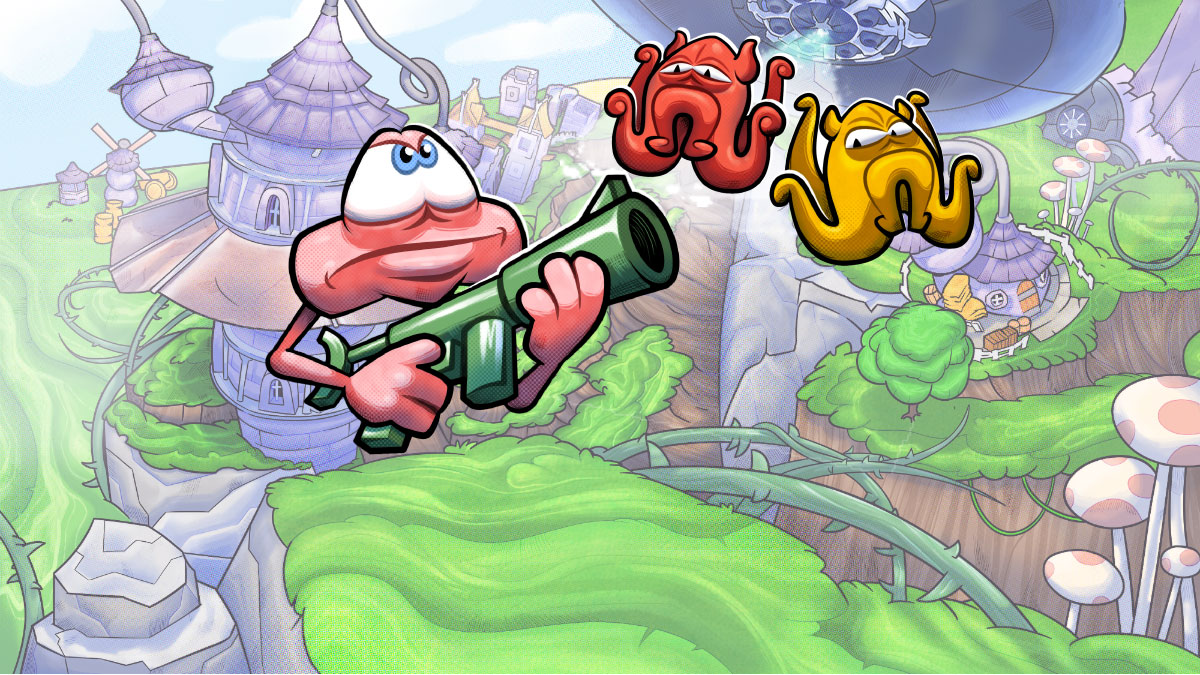 A colorful take on a classic arcade shooter.

I dig what Hero Concept has going on here with the Doughlings games. They kicked things off with Doughlings: Arcade, a modern take on Arkanoid that hit the Switch in September of last year. That adventure is now continued in Doughlings: Invasion. As you may guess from the title, this time around they’re honoring Space Invaders. If the developers continue this adventure by just bouncing from machine to machine in an early-’80s arcade I’ll be more than happy to bounce along. 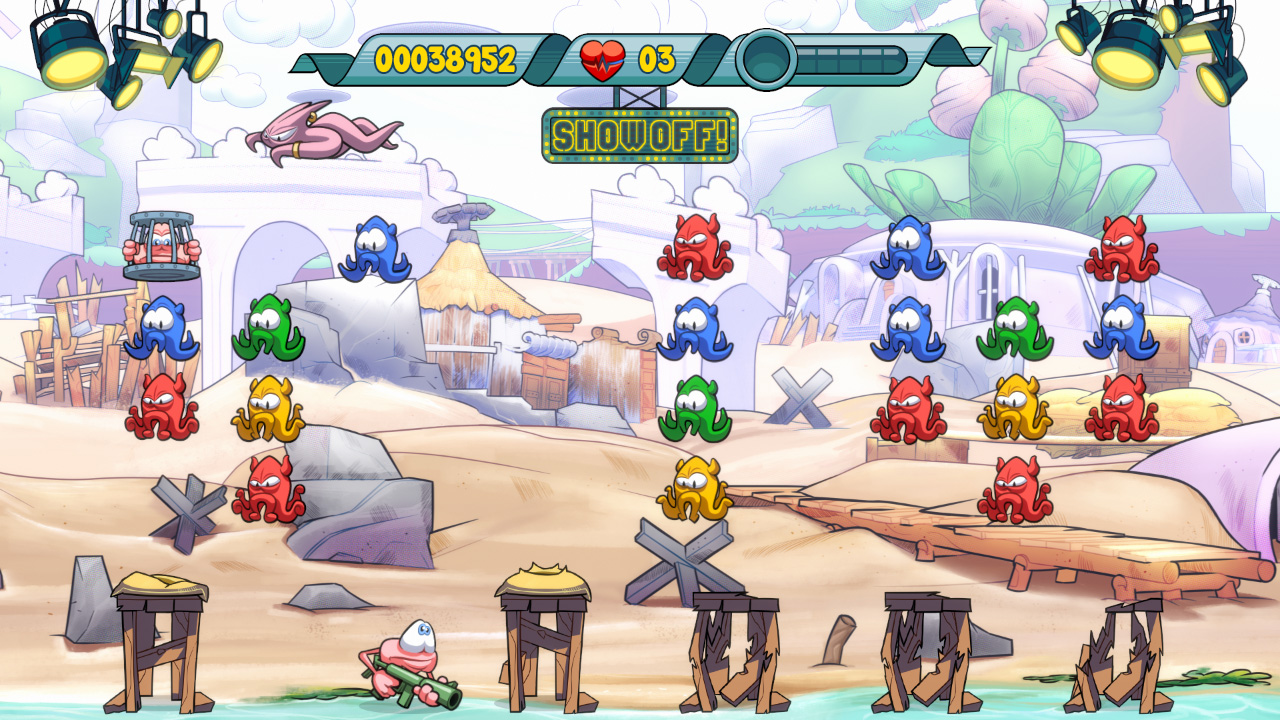 So, what do you get in a modern-day Space Invaders? You get the story, first of all, but that doesn’t mean you need to have played Doughlings: Arcade to know what’s going on. Everything you’d want to know is recapped within about 20 seconds.

You also get updated graphics, but whether that’s a good thing is entirely up to you. Doughlings: Invasion goes for something I call “mobile cute,” which basically means the hero and enemies alike are all just colorful, goofy things with big eyes. I personally prefer the flat coldness of the original Space Invaders, but I also don’t like sugar in my tea. We’re all different. (I do, however, appreciate the design similarities between the games’ aliens.) 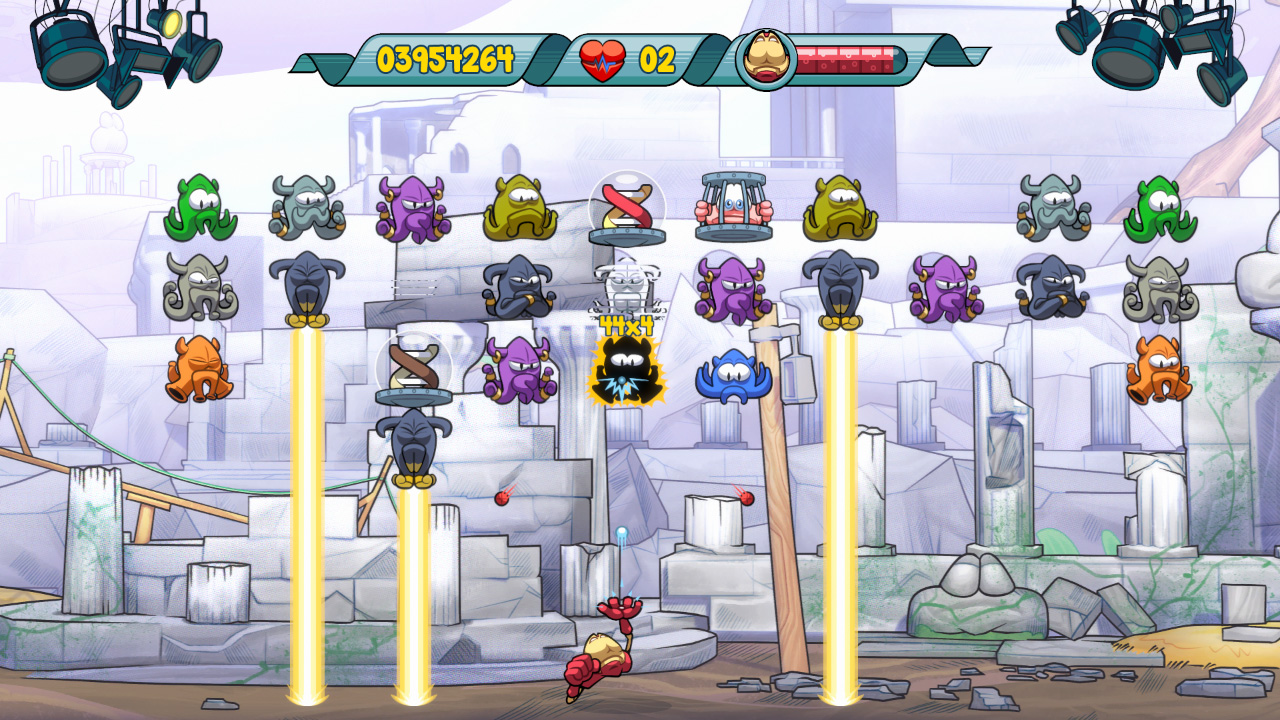 For those too young to know what Space Invaders is, you’re basically just a guy on a track moving left and right to shoot up at aliens that are slowing working their way down to you. They shuffle left and right, too, and when they reach the edge of the screen they bounce down a level. It’s up to you to avoid their fire and destroy them all before they reach the bottom.

The changes that matter here are all in the gameplay, but Doughlings: Invasion does a pretty good job of keeping things fresh as you progress. Whereas the original Space Invaders just sped things up, more or less, this game gives you better weapons, tougher enemies, and even a few bosses to contend with. 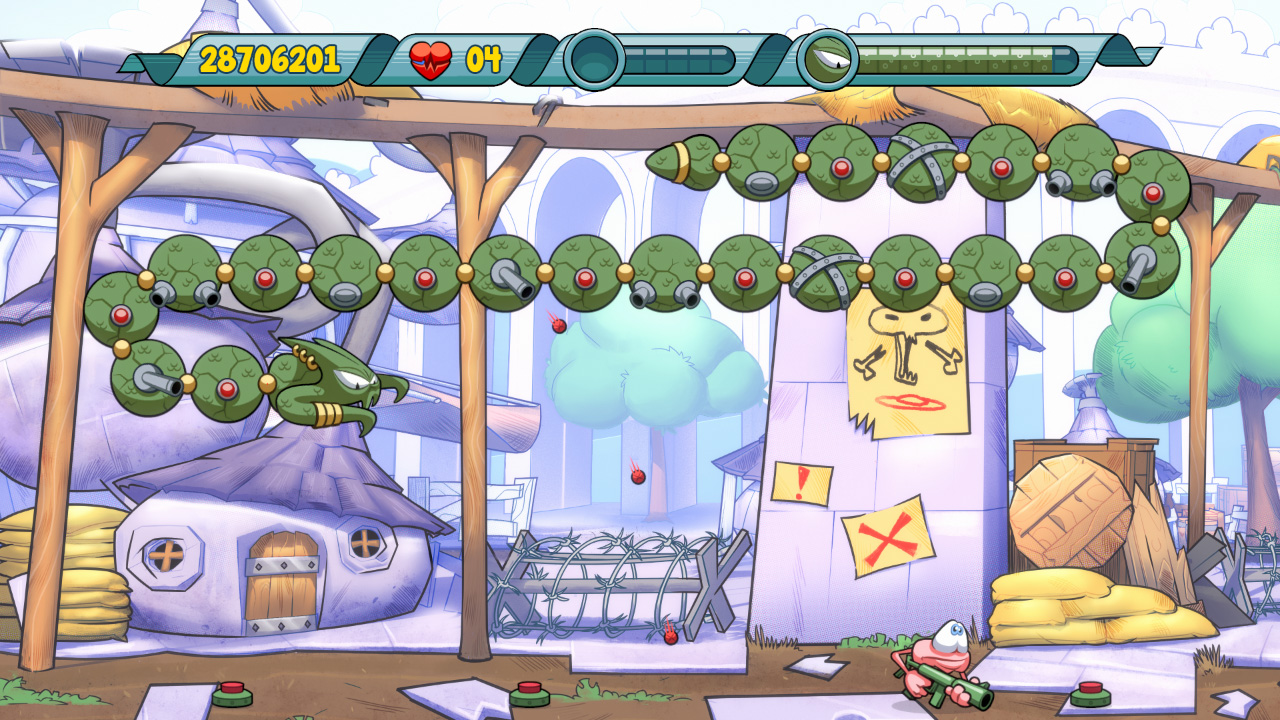 The invaders come in 15 varieties. As in Doughlings: Arcade, some need to be hit multiple times before they disappear. Some have bullets that can be blocked with your own bullets while others will pass straight through. Some are able to shoot at you from an angle. You’ll need to pay attention and master your evasive maneuvers if you expect to proceed, as the game does become very challenging.

Of course, you’ve got weapon upgrades of your own to work with. These are mostly acquired by picking up likes. Yes, in this era of social media, picking up the “thumbs up” icons the aliens drop will light spotlights around you. Turn them all on and you can activate special weapons that fire powerful lasers, eliminate all aliens of a particular color, etc. In between levels you can spend in-game currency on power boosts to help you on your way. 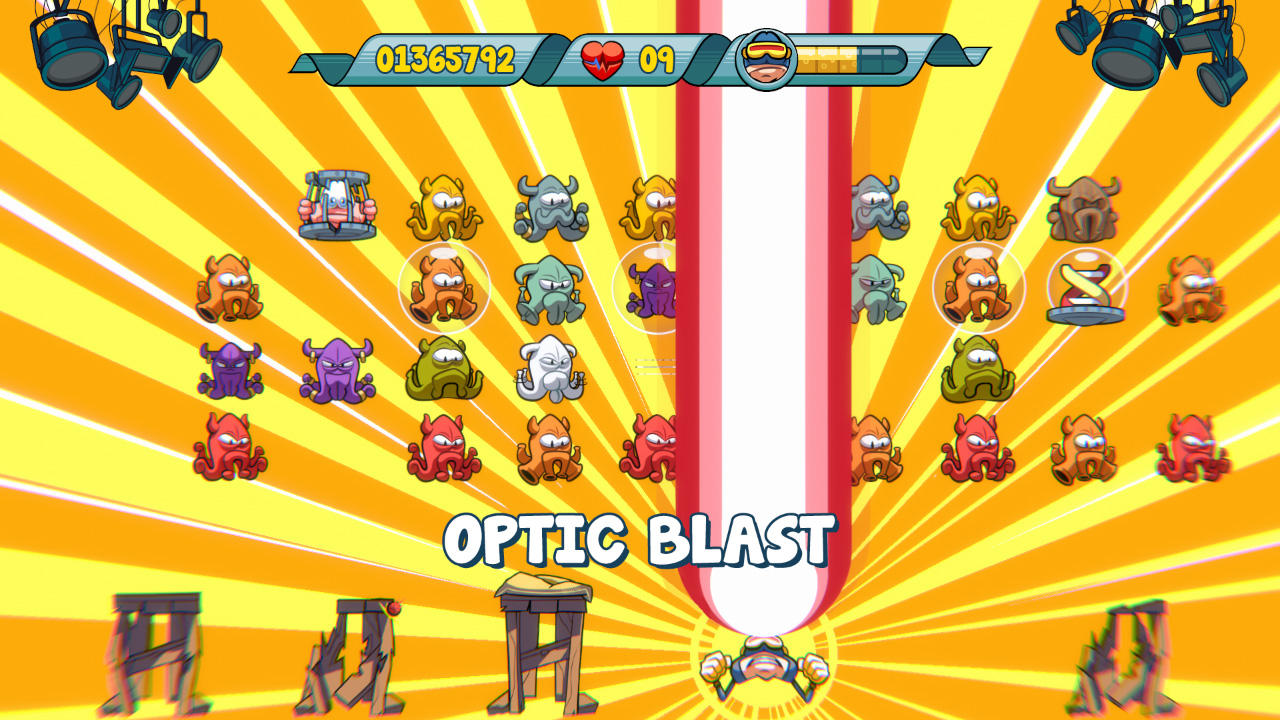 Another change from the original Space Invaders is that the difficulty ramps up quickly, but fairly. Although old arcade games were designed to efficiently push players away so another quarter could be dropped, the first few levels were still slow slogs once you got the hang of them. Doughlings: Invasion is less of a slog, but it’s worth noting that if you don’t hit one of the predefined checkpoints you will have to go back to the beginning with each playthrough. That’ll likely frustrate modern gamers, but now you know what it was like for us at the local arcade. At least the leaderboards give you something to aspire towards, much like recording your initials was back in the day.

The question, of course, is whether a game based on something so old and basic can really survive on the Switch. It looks good and plays well in both docked and portable mode, capturing the fun of the original arcade game for a while. For a long time, though? Long enough to bother completing it? I’d say that depends upon what other games are in the arcade.

Hero Concept’s additions help to break up the inherent monotony of Space Invaders, but Doughlings: Invasion is still a game that’s fun for short bursts only. That’s not a deal killer, of course, just something to consider before buying.