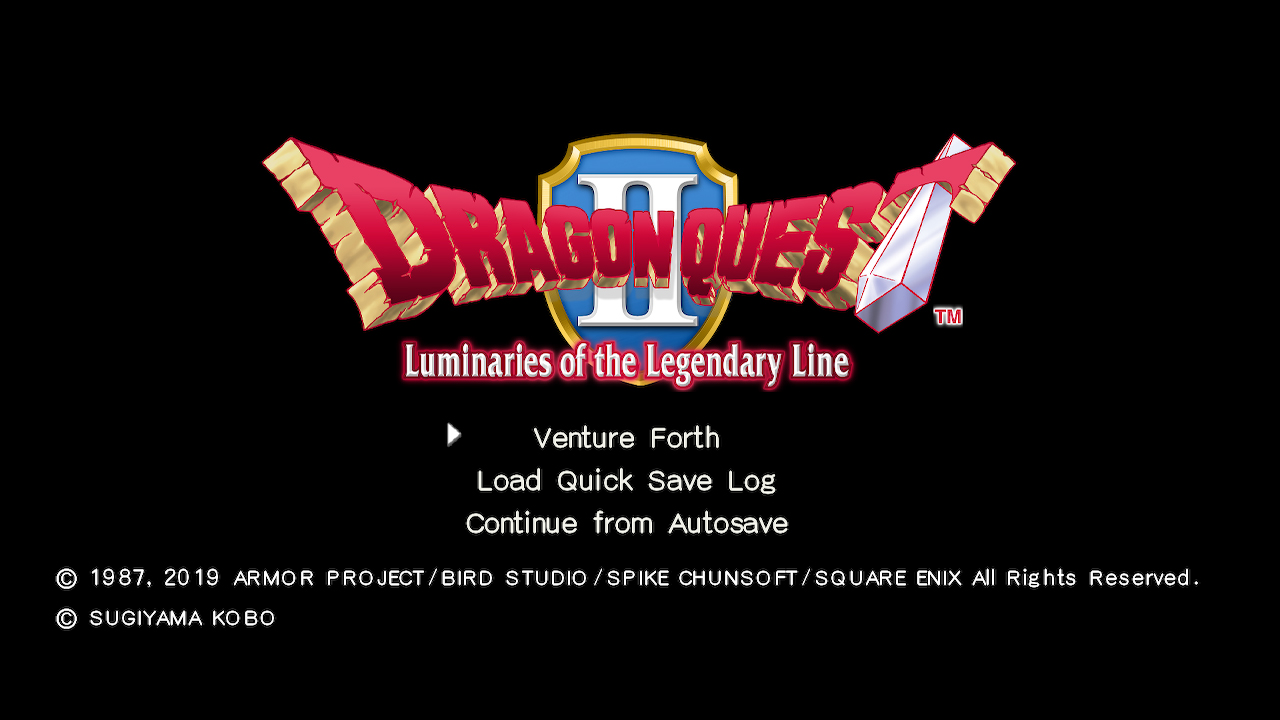 Dragon Quest is one of the most popular ongoing RPG series in gaming, particularly in Japan. Square Enix recently surprised fans with re-releases of the first three entries for the Nintendo Switch. Since Dragon Quest XI hit the Switch just last year (and our review of the ‘Definitive Edition’ is imminent), it’s timely to revisit the games that started it all, including Dragon Quest II.

Dragon Quest II: Luminaries of the Legendary Line was first released for the Famicom in 1987. It’s not the first time we’ve seen it ported; in fact, it’s been re-released many times over the years. Apart from the original NES game, Dragon Quest II has appeared on the Super Famicom, Game Boy Color, Wii, 3DS, and PS4, as well as on iOS and Android devices. 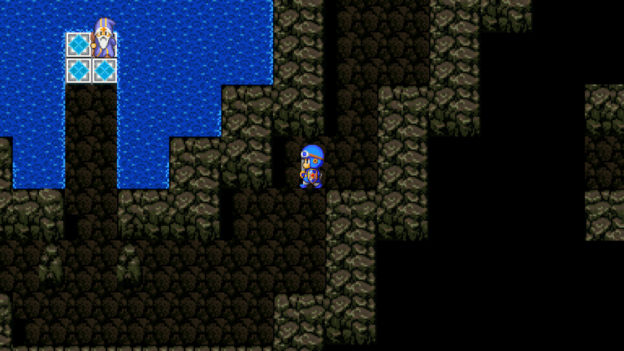 What makes this Switch version so important? Most of the previous editions were only released in Japan. The NES and the Game Boy Color versions both made it to the US, but Europe and Australia have never seen a localized version of this game before now. It begs the question: was it worth the wait?

The first thing I noticed about Dragon Quest II was the graphics. It doesn’t look like an NES port – and that’s because it’s not really. This edition is based on the PS4/3DS release, which in turn was based on the iOS/Android releases. These versions feature pixel art backgrounds and updated sprites and menus. These reanimations give the game a fresher feel when compared to the original version, and I appreciated it looking more like a 16-bit game than an 8-bit one. It certainly isn’t faultless though.

My biggest complaint is that these graphical enhancements make the game look better, but not play better. While this edition resembles a 16-bit game in style, it plays like a lazy port. The most notable example is the choppy movements whereby the screen stutters slightly as your character moves around. It’s almost like there’s a very slight delay between pushing a directional button and your sprite’s movement. Maybe it’s a framerate issue, but it’s jarring and instantly distracting. It’s somewhat easier to bear in handheld mode, but it still hurt my eyes during long play sessions. I didn’t enjoy playing on a big screen at all.

The story is a simple tale, typical of something from over thirty years ago. The game is set 100 years after the events of the original Dragon Quest. You play the role of a prince who embarks on a mission with his two allies to defeat an evil wizard named Hargon. It’s fun to play with a party in tow, and you can name your characters. 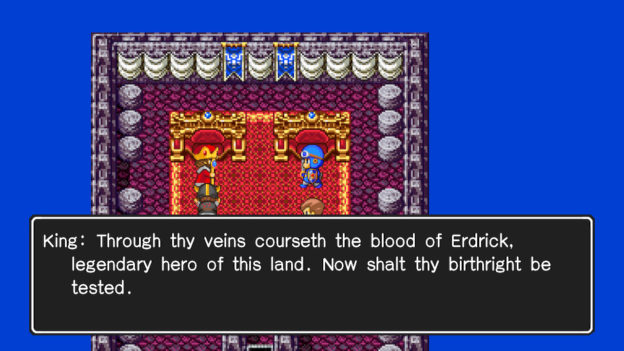 The rest of the gameplay is fairly standard: shops sell items, weapons and armour, and inns allow you to regain HP and MP for a small overnight fee. There’s also a type of lottery system you can play, paid for with special tickets. This simple game involves spinning icons; matching three of a kind will win you various prizes.

Combat is fast-paced via turn-based battles. You can use spells or items, flee, defend or attack. One thing I noticed was the inability to choose which enemy you wanted to attack when there was more than one of the same kind. For example, if three Slimes attack, your party might attack each one individually, whereas I’d prefer to target one until it’s defeated, reducing the damage we take.

Battles are triggered via random encounters on the world map, not something I’m personally fond of. I prefer to explore without attacks interrupting the flow of the game, but it’s par for the course in Dragon Quest games. What doesn’t help is that these battles become repetitive and it often feels like grinding. 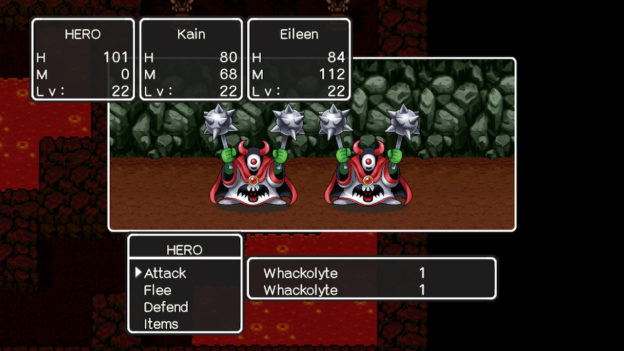 Something to be wary of is the high difficulty level. Dragon Quest II is renowned for being one of the hardest games in the series. If that’s just what you’re looking for as a hardcore fan of the genre, go for it. If not, it can be frustrating, despite the quick-save feature.

It’s also easy to get lost since there’s no on-screen message to announce your location when you enter a town, cave, castle or any other place. You’re constantly moving between such locales and it’s hard to know if you’re in the right place, particularly in the beginning. It just adds to the frustration and makes it feel less like an enhanced version.

Despite these negatives, this is a fun game if you’re into old-school RPGs. After all, this is one of the classics. It’s just a shame that this version wasn’t created specifically for the Switch – particularly as a first-time release for Europe and Australia. Instead of being a sweet introduction for new fans (and an exciting reintroduction for older ones), it comes across as a botched effort. Spending more time getting the game right for the Switch – and packaging all three games into some kind of special trilogy bundle for a set price – would have been a nicer way to sell this to fans. As it is, if you play one, you’re probably not going to want to get the others. 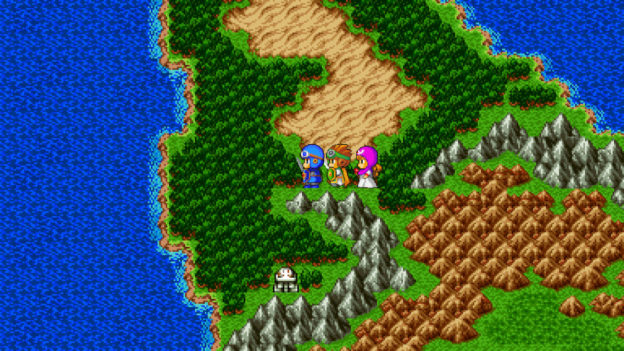 Overall, Dragon Quest II is a port of a port that’s just ‘fair’. It’s an old-school RPG with some enhanced graphics to give it a slightly fresher feel, but the framerate is choppy and jarring. It’s not the first time we’ve seen this re-released, though if you’re a fan outside of Japan – particularly in Europe or Australia – this version of a classic RPG might still be a treat for you.

Dragon Quest II is a classic RPG and one of the first in this long-running series. It’s fun, despite its simplicity and some grinding, however it suffers from some choppy graphics due to being a port of a port.