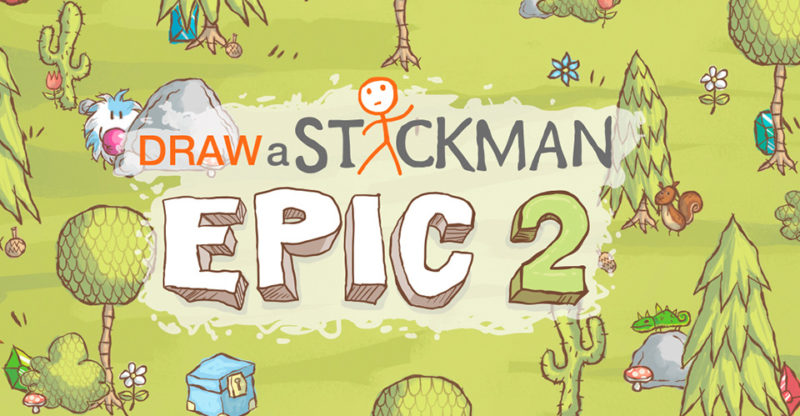 Draw A Stickman: EPIC 2 has finally made its way onto the Nintendo Switch. Though unlike a regular stick person, this game is very interesting and fun. It combines creativity, puzzle solving and a few subtle RPG elements. It actually reminds me a lot of the Scribblenauts series, but instead of conjuring whatever item you type in, you get to draw and watch your creations come to life. After creating your very own stickperson/avatar, he then asks you to draw him a friend so he’s not lonely. But just as their adventure seems to begin, a massive bottle of “dark” ink is dropped onto the newly acquired friends’ head. This evil substance turns your new bestie into your worst enemy. After being possessed by the dark ink, your friend runs off and begins tearing up storybooks and causing trouble for the characters within them. It’s your job to follow that jerk and fix all of the mistakes being made within the books. 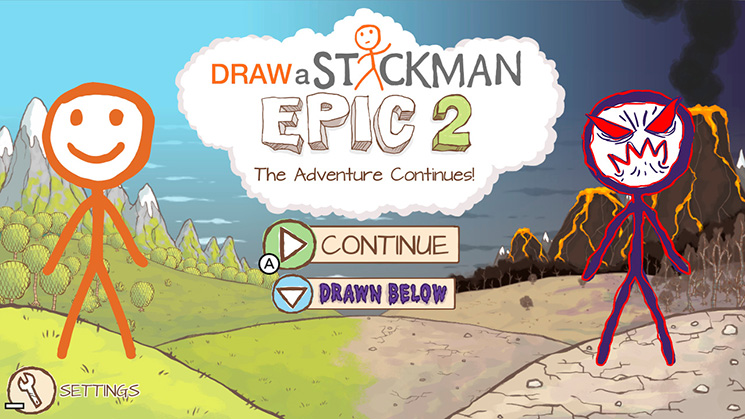 I was pleasantly surprised with how much I enjoyed Draw a Stickman 2. Any game in which I can doodle or draw is always appealing. Add in a decent storyline and fun gameplay and you’ve got yourself a great little game here. While it might appeal to the younger crowd, with its simple graphics and cartoony scenery, it’s still a game that almost anyone can enjoy. Your stickman will find different pencils and colors throughout the adventure. You can uses these to draw tools and other items that will let you interact with the environment. For example, the first level wants you to restore all of the plant life that’s been destroyed by your “friend”. After you grab the green pencil, you can draw or scribble in your own rendition of a leafy tree. The aura of these sketchy trees will deter the dark ink enemies lurking around each level. 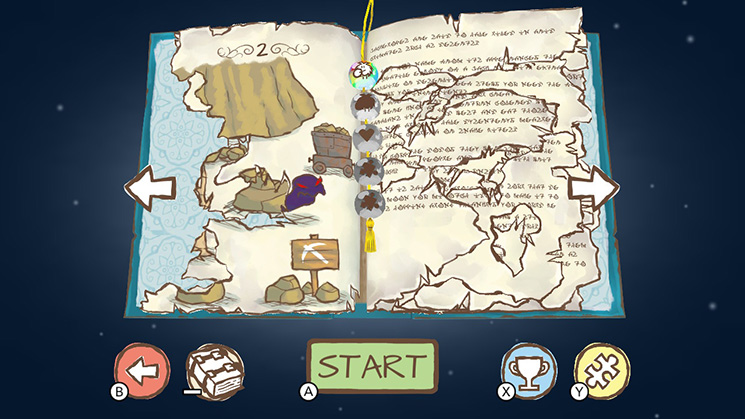 It’s going to either be really cool or really hilarious to see your drawings in action, depending on your skill level. And if you’re thinking “I’m not good at drawing, this isn’t a good game for me”, do not fret. Like I mentioned, it will still be funny seeing your disaster doodle come to life. Especially if you’re using your finger to draw like I had to. That’s the one thing I really hated about the Switch version, there’s no stylus. Now this isn’t the developer’s fault but I can tell you, as someone who likes to draw, using your finger is SO ANNOYING. I wanted to draw a Stickman that was wearing glasses and a cool little hat. But I ended up getting so frustrated that I settled for a regular, boring ol’ stickman. So keep that in mind when deciding which system you want to play on. I would have much rather played the Wii U version just for that reason. You can use the controller to draw as well… but good luck with that. 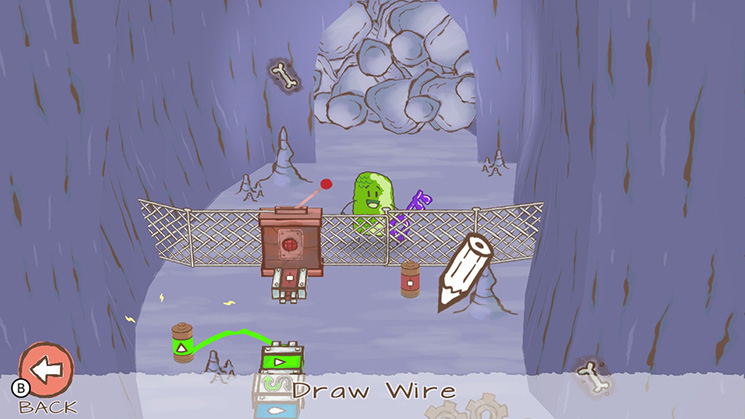 While Draw A Stickman: Epic 2 is a little on the short side, you can always go back through the levels and collect all of the hidden items and collectibles littered throughout the game. You’ll notice a lot of areas you couldn’t reach before, once you collect more pencils and learn the mechanics of the game. There’s also a different mode called Drawn Below that’s a little more difficult, this can be accessed at any time from the main menu.

So if you’re looking for something original and fun to play on your Nintendo Switch, I do recommend downloading Draw A Stickman: Epic 2. It’s a fun, cheap game that is easy to enjoy. And if you want to check out the Wii U version, you can read Trevor Gould’s review. Ironically enough, he mentions how much more talent I have than him, in just the tip of my finger… Well, as you can tell from my screenshot below, I proved him wrong XD 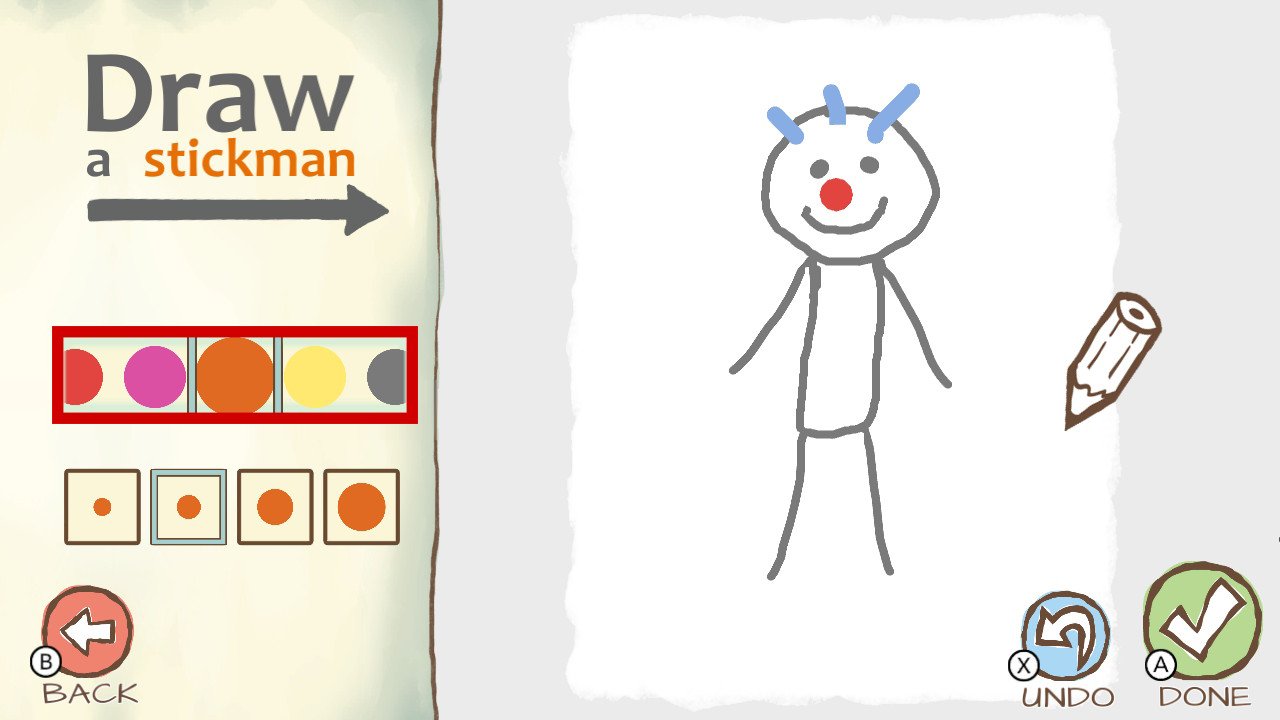 Draw a Stickman: Epic 2 is a really neat game. While it is on the shorter side it’s still a fun adventure that anyone with a little imagination and creativity can enjoy. It’s also priced under $10 which makes it even more appealing.