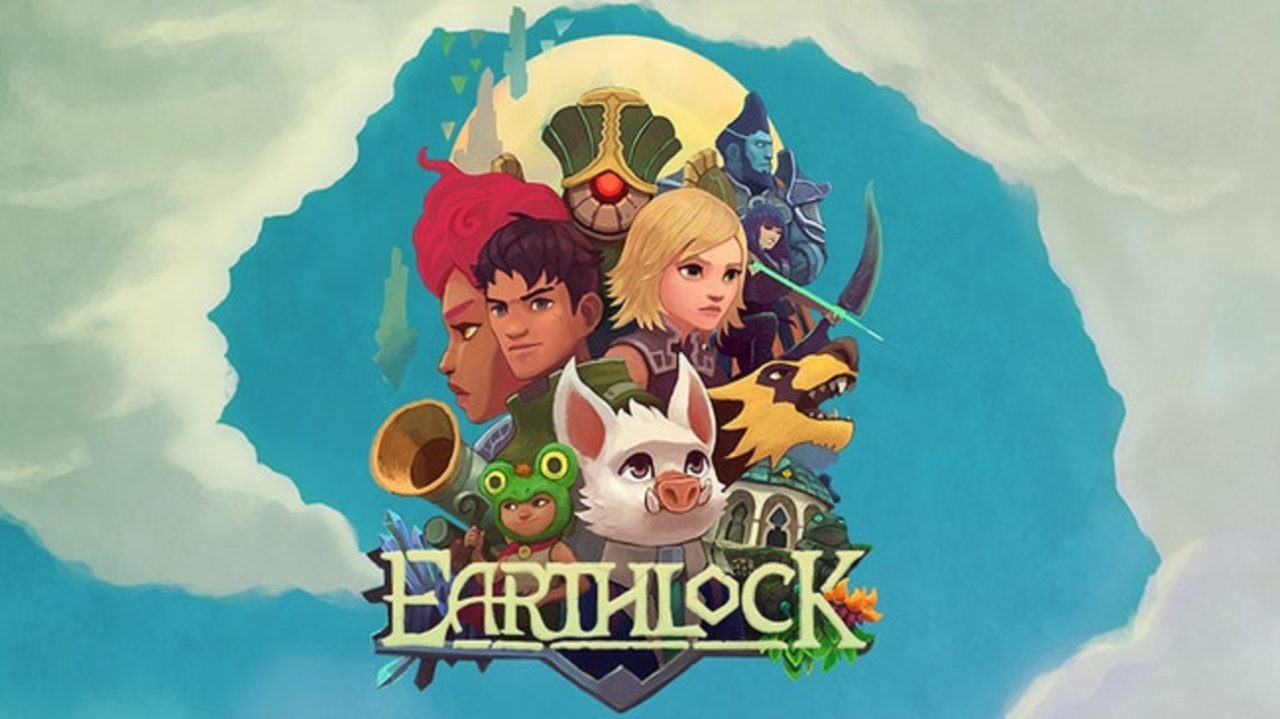 The plot of Earthlock centers around energy in the planet’s core, but it’s really a story of growing friendships. This RPG puts you in control of six characters, which allows for a range of relationships to develop between them as they work towards both individual and shared goals. It also allows for unique planning when it comes to battling as a party, although this is one area where things could improve. But before I elaborate on that, let me talk about some of the areas where Eathlock is most successful.

As a relaunch of last year’s Wii U title, Snow Castle games has made several enhancements for the move to Switch. These included story additions (no spoilers), side quests, and visual enhancements, all which make exploration more enjoyable. There are other upgrades as well. Your home island, Plumpet, isn’t just for harvesting ingredients. Each building now has a crafting function which really makes it feel more alive. While the concept of a home island isn’t a new idea in RPGs, Snow Castle has made improvements to make it more likeable and useful.

For all these high points, I return to Earthlock’s battle design. It’s advertised as “Fast-paced and highly strategic”, but while I definitely agree with the latter, I find the battles more on the sluggish side than the speedy one. There are a few reasons for this. The need to change stances so often (resulting in the loss of a turn) slows things down considerably. Your attacks seem a bit weaker than the norm, and enemies seem a bit stronger. These combine to make what should be some brief encounters drag out. Before long I found myself running past enemies as a result. But after several hours, I was forced to grind to make progress. The difficulty curve is a bit steep, so grinding is really a must, which makes the combat seem more repetitive. Of course, if you remember with enthusiasm similar styles of gameplay from back in the day, you’ll feel right at home here.

Some other things that slow the game down include load times and a limited save system. Regarding the latter, one could simply put their Switch in sleep mode. But if you flip between games, expect some backtracking. An ultimately minor point, but the save system reflects a different era. I also feel that I wasted some time fiddling with the camera. The skill tree can also slow things up too, but I do enjoy customizing it for challenging boss encounters.

My biggest disappointment is lack of voice work. In her original review, Kaelyn stated, “… it would have been nice to hear some voice acting during the game, even if only during the short cut scenes to bring the characters to life a bit more.” I agree, in even stronger terms. For a $30 dollar digital-only release, some type of voice work would’ve been a massive asset, especially with even more story dialogue. If games at a fraction of the price can pull off voice work, why not this game that really could’ve used it?

For better or worse, Earthlock largely succeeds in drawing inspiration from late-90s RPGs. The nostalgia is nice, but I’m also reminded of advancements that the genre has made over the past twenty-plus years. With brisker combat and some much-needed voice work, this could be great, but Earthlock is still good as-is for genre fans. How about a physical release?

The nostalgia is nice, but I’m also reminded of advancements that the genre has made over the past twenty-plus years. With brisker combat and some much-needed voice work, this could be great, but Earthlock is still good as-is for genre fans.