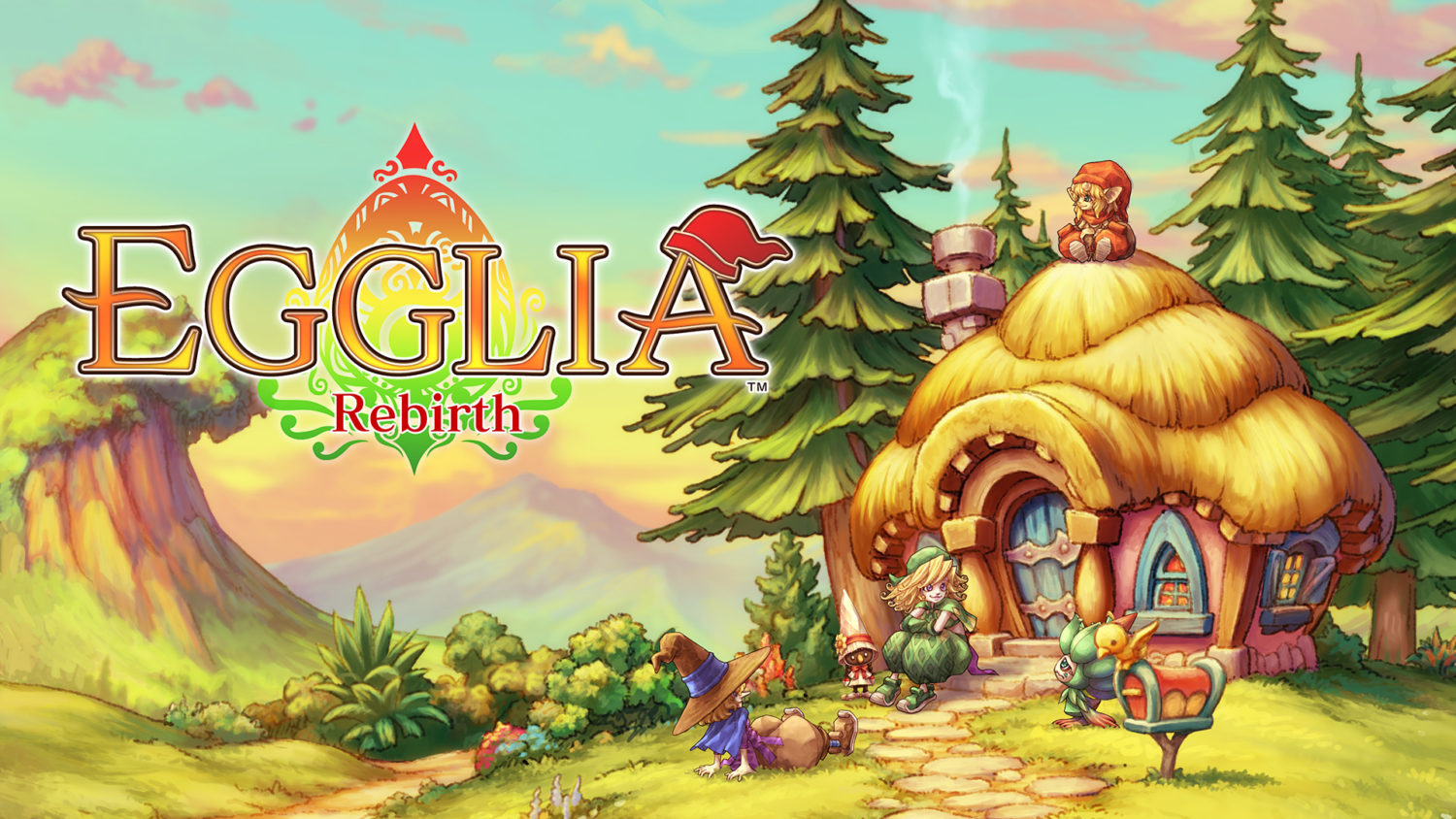 By Roger Reichardt  •  5 months ago

Originally released as a mobile game, Egglia Rebirth makes its way to the Switch. The artwork is beautiful (from the creators of Secret of Mana), and the writing is charming. Unfortunately, Egglia Rebirth can’t shake its mobile roots, which hinders the play on the console. 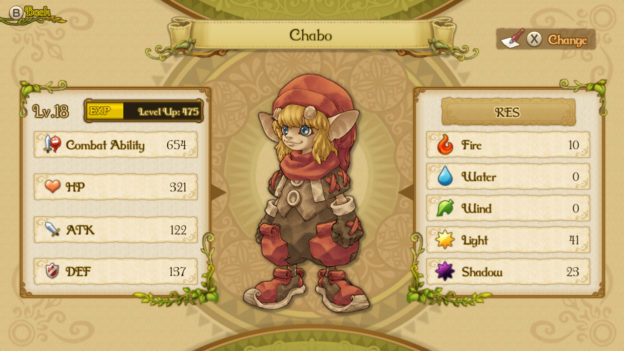 The game’s protagonist is a goblin who has fallen from the sky and is met by an elf and a fairy working to return the planet to its previous state. They need to collect and break eggs that hold a section of the world. Opening the new area will unlock new places to explore and push the story forward.

One of the best things about the game is the writing. I found myself chuckling at the different exchanges between the various characters you encounter. As you meet new characters, they will move into the village you set up, and a good portion of the game is building your town. 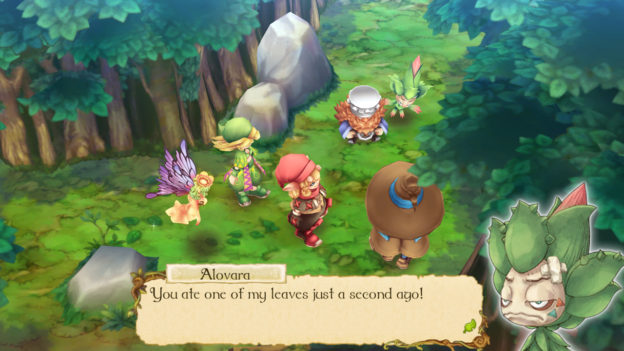 There are quite a lot of features that round out the game. For instance, you are sent on fetch quests to gather material to build the town folk homes and businesses, allowing you to build up your town and relationships with the characters. You can also collect ingredients to make food used to capture spirits and plant seeds and gems to level up your sprints. Finally, for those that like to customize their homes, you can arrange your home with different furniture created by gnomes. 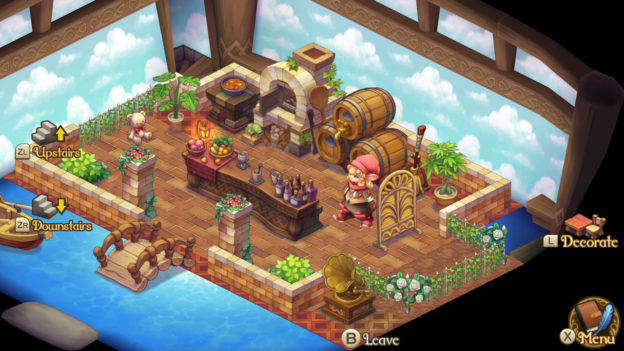 The battle mechanic is stripped down, making for simplistic gameplay but leaves a lot to be desired for seasoned players of the genre. Each level is similar to a game board. You roll a die to see how many spaces you move on the board. Battling enemies also requires a die roll. Rolling a six will do more damage. Spirits are used in battle, either on offense or providing support, such as healing. You also collect material needed for fetch quests in the level. 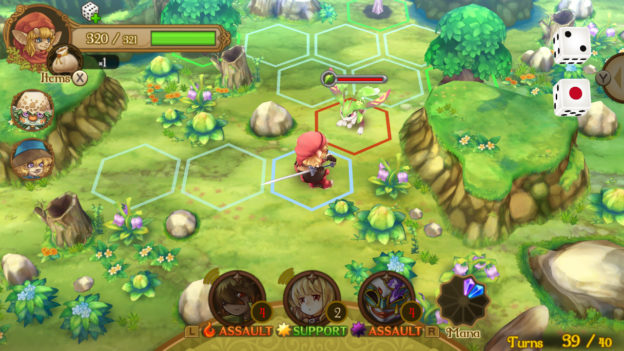 The mobile DNA seeps into the game, distracting from the game’s charm. For example, when you plant a seed or put out food to catch spirits, a timer is implemented before you can collect the goods. You can utilize specialty items to speed up time, and while you don’t have to pay to get these items (which I suspect is something in the mobile game), you do have a limited supply of said items. Another noticeable aspect is the lack of optimization for the console; the loading screens only last a few seconds. Usually, I’d say that is a good thing, but some tips and tricks display on the loading screen, and it feels jarring to see the loading screen for a brief second and not give enough time to read the tip. 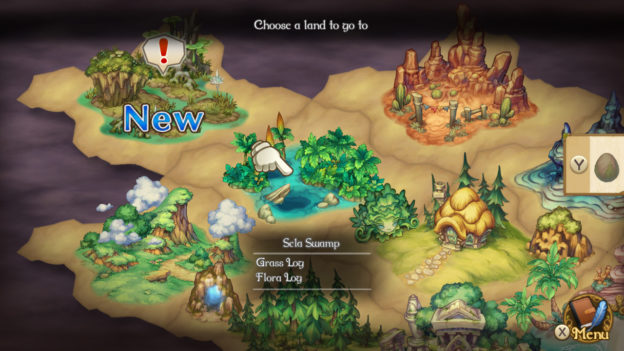 Probably my biggest complaint is the amount of grinding required. The beginning starts strong and clips along at a nice pace. But at a certain point, the story comes to a halt, and you have to grind levels you already beat to do fetch quests. You’ll also face off against bosses. The enemies have been pushovers up to this point, but the bosses ramp up the challenge significantly, dealing much more damage and can take much more damage. The game encourages you to replay boards to level up your character. However, the issue is you don’t know the level of any of the enemies. In most RPGs, I level up my character to be a level or two higher than the boss, but I don’t even know what level I’m trying to achieve in this game.

I want to like Egglia. The writing and characters are fun, the village building aspect is an enjoyable twist, and the art is beautiful. Unfortunately, the game feels too stripped down to be enjoyable. Grinding and not knowing what level you need to challenge a boss is frustrating. I think this works as a mobile game where you might play in short bursts, but for a console game, it just feels off.