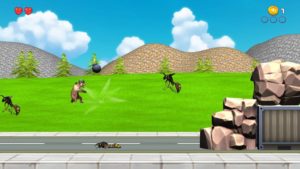 Don’t ever underestimate the value of humor in a game.  Epic Dumpster Bear from Log Games isn’t all that much to look at, but it had me and my friends laughing our heads off while playing it.  Camp aside, it’s also quite a solid platformer, that packs a good amount of content as well.  There’s more here than meets the eye. 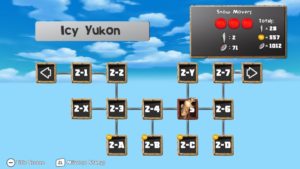 Over the course of 70 plus levels, you’ll control a bear who’s out to stop the evil corporation that destroyed his forest.  The story plays out in scenes that follow each boss fight, and they are cheesy hilarity.  Even some of the regular enemies manage to make an impression.  While there are several essentially copied straight out of classic Mario platformers, others show some unique imagination. Cows dropped from the sky by drones, alligators popping out of barrels, wasps that are larger than even the bear … and all these just in the first world!  This is a game that isn’t afraid to be silly. 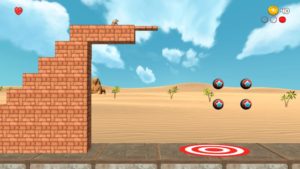 It’s important to embrace the progressively absurd premise, because Epic Dumpster Bear certainly won’t turn many heads graphically speaking.  It’s visuals are disjointed, and the animation is stiff.  At the end of the day though, I don’t overly care.  Not that I’ve ever been especially obsessed with graphics anyway, but in this case they simply add to the campy atmosphere, and elicit plenty of grins.  It’s worth noting that the soundtrack fares better, and is complemented with amusing sound effects. 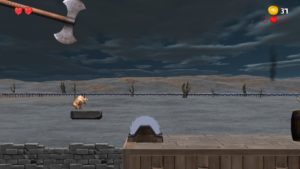 This game has a very healthy challenge.  Two hits are all you’re able to absorb.  An extra heart is available to purchase (via in game coins) but it’s only a temporary boost.  And the levels are on the longer side – perhaps too long on occasions.  Thankfully lives are unlimited, and there’s no time restrictions either.  If you’re a completionist, you can also add to the challenge further by seeking out all of the collectables and hidden exits in your quest for 100%. 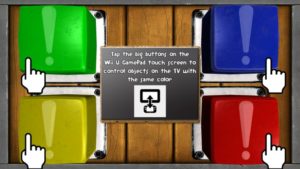 One area the challenge doesn’t stem from is the controls, which are pretty tight.  I particularly like the bear’s wall jumping abilities, and thankfully the level design allows plenty of opportunities for it.  A few techniques, such as bomb throwing, get gradually introduced over time.  You can use either the GamePad or the Wii U Pro controller.  The GamePad, besides offering Off-TV play, also factors during numerous, unlockable puzzle/platformer levels employing the touch screen.  They add a bit of welcomed diversity and a break from the more action oriented parts.

Epic Dumpster Bear drew me in with its humor, and managed to keep me involved thanks to its familiar but fun gameplay.  It has platforming fundamentals more or less buttoned down, and decent replay incentives to boot.  I know I’ll want to unlock every last Miiverse stamp.  While stronger visuals, or especially multiplayer support could’ve elevated this title to perhaps great heights, I still think this is an eShop game worth owning.  The bear may eat garbage, but this is no garbage indie game.  If you’re a platforming fan that enjoys a good challenge, and good laughs, do consider adding Log Games’ Epic Dumpster Bear to your Wii U library. 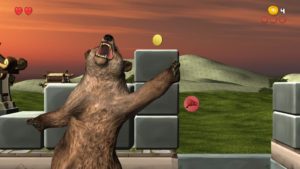 Epic Dumpster Bear drew me in with its humor, and managed to keep me involved thanks to its familiar but fun gameplay.