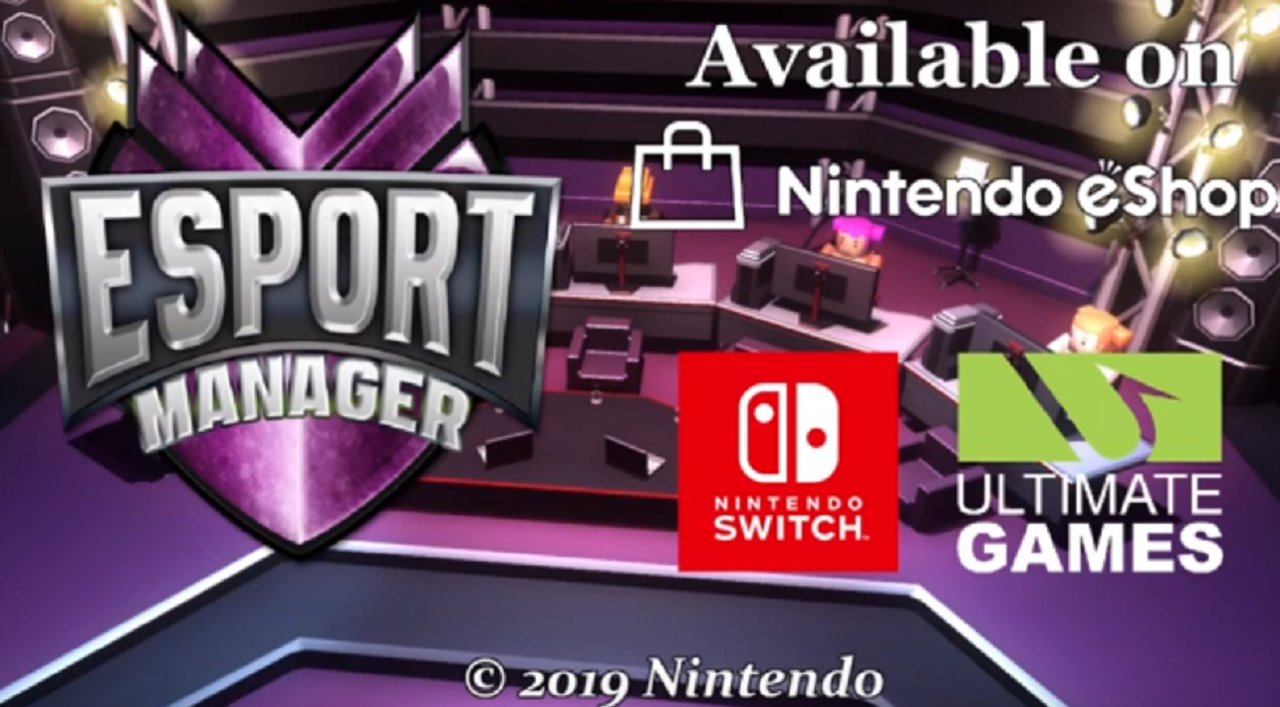 There might be a solid game buried within ESport Manager. But, as much as I wish I didn’t have to, I’m recommending the game on Steam rather than the Nintendo Switch. ESport Manager just wasn’t ported with enough care on Nintendo’s hybrid system.

ESports have grown in popularity in recent years, so I can’t fault the premise. This isn’t a comprehensive package, though, as it only includes first-person shooter and battle arena – no digital collectible cards, real-time strategy, or battle royale. However, consider the cost – $7.99 – when taking into account what’s missing.

What is here actually seems fairly deep, at least for someone like me with just a casual interest in the competitions. I’m not sure if it has the depth that hardcore fans might crave. Despite all the menus, and there are an absolute ton, I still felt some info was lacking. So in that way, even if the depth is suspect, I think what information is included will suffice for enthusiasts.

But the unintuitive menus have more sizable issues to be concerned about. The small, indistinct icons remind me of another game from developer InImages, Garage Mechanic Simulator. So, it seems that user interface struggles aren’t isolated occurrences.

Worse, the game has no touch screen support! Admittedly, these manager/simulation games almost always fare better with a keyboard and mouse for navigation, but touch controls would’ve been a more-than-fair substitute. Because of the inexplicable absence, combined with tiny icons, this game is a poor fit for handheld play. And this is the sort of game I’d want to play in handheld mode for a few minutes at a time, rather than for any real length on a Television.

Porting blunders aside, ESport Manager’s visuals also can’t cut it. For a game where you spend a lot of time navigating menus and watching others play, you’d hope for something visually to make the proceedings stand out and enhance the experience. Sadly, ESport Manager’s basic polygons come up short on detail. This makes for dull viewing of a game I already find dull. 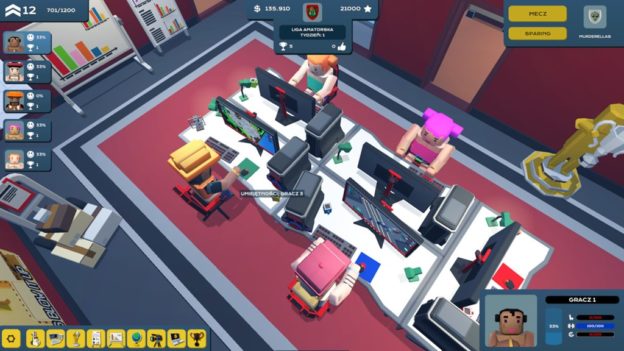 Some of the reasons I find ESport Manager dull stem from how more thought seems to have been put into out-of-game managerial aspects rather than in-game team gameplay management. A key element is managing your home base. It’s not a unique feature, though – other Switch games offer superior experiences  – and it’s lacking in ease of use. For instance, while it makes sense to have a gym, why do social media or sponsors their own “room”? Being a casual fan only, I found this odd. Perhaps it could’ve been an opportunity for more in-game facts to be provided to increase awareness.

When actually playing, I feel the game doesn’t do enough to encourage mixing and matching tactics. Do I want my team to run the top of the map aggressively, the bottom defensively, or the middle with balanced behaviour? I don’t know; matches seem close either way. Unless you simulate, in which case they are laughably lopsided to the point where you wonder if the game might be broken. 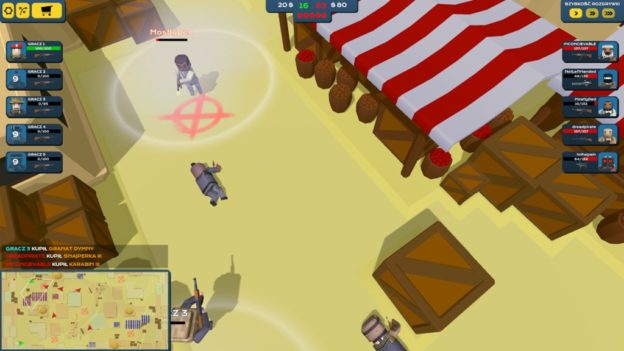 I also grow tired of seeing grenades do damage beyond what’s represented on-screen and witnessing a disproportionate number of face-to-face standoffs. While dozens of weapons and skills can be purchased, you need to factor the time investment to get them all. You can even purchase direct control, but why this isn’t available from the outset, instead of locked in a menu, is peculiar, to say the least. At least the music is good, making the game seem more exciting than it really is.

ESport Manager wasn’t what I was hoping for. I get that enthusiasts are probably the game’s target, but wouldn’t a measure of more accessibility to widen the potential audience be a good thing? I even have doubts that Esports aficionados will find this game particularly good, given the inferior accessibility. While the game packs a fair amount, the user interface and complete lack of touch screen support make it feel more like work, seriously weighing down the promise for something addictive. The idea has potential, but it needs to be handled with more care. If you’re still curious, wait for a Steam sale. Otherwise, hope that Ultimate Games next Switch port, whether from developer InImages or not, has a better user interface.

ESport Manager wasn’t what I was hoping for. I get that enthusiasts are probably the game’s target, but wouldn’t a measure of more accessibility to widen the potential audience be a good thing? I even have doubts that Esports aficionados will find this game particularly good, given the inferior accessibility. While the game packs a fair amount, the user interface and complete lack of touch screen support make it feel more like work, seriously weighing down the promise for something addictive. The idea has potential, but it needs to be handled with more care