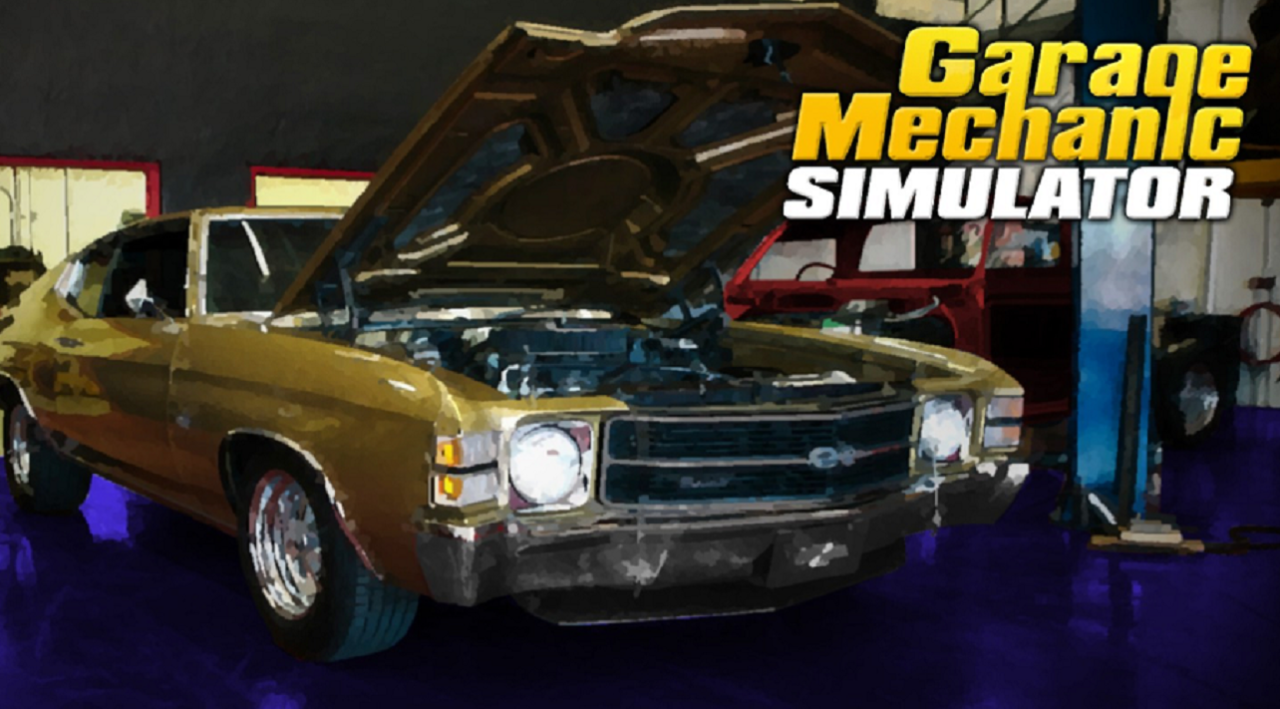 “Garage Mechanic Simulator lets you live the life of a car dealer!” Is it as exciting as the developers would have you believe? In a word, nope. 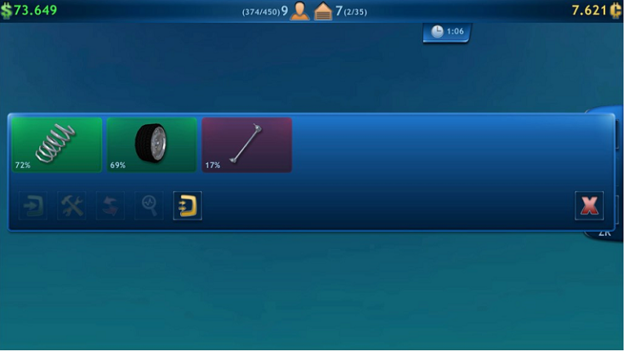 InImages/Ultimate Games’ Car Mechanic Manager was widely criticized for its awful, unintuitive controls, with no touch screen support. I can confirm that it is a bad game. But not even three months later, Garage Mechanic Simulator arrives with touch control. While I am thankful for this, it still doesn’t feel as responsive as I’d like. It also mixes touch with traditional button inputs in a slightly confusing way.

However, much more confusing is the user interface. You have menus galore, but with no text to identify. Instead, it’s a mix of small or indistinct icons. It wasn’t long before I wanted to reacquaint myself with what did what, but there’s no way to replay the tutorial – a fundamental flub. I can’t stress how detrimental this is!

The menus also make the game visually uninteresting. While the garage looks nice enough, most of my time was spent navigating the terribly bland menus. Polygonal parts against a plain blue background further give a dull look. Music can’t save the day either. While not as bad as that heard in the trailer, the short loops really do not fit. They can definitely get on your nerves too, but there’s an option to adjust the level if you prefer playing in relatively stale silence. 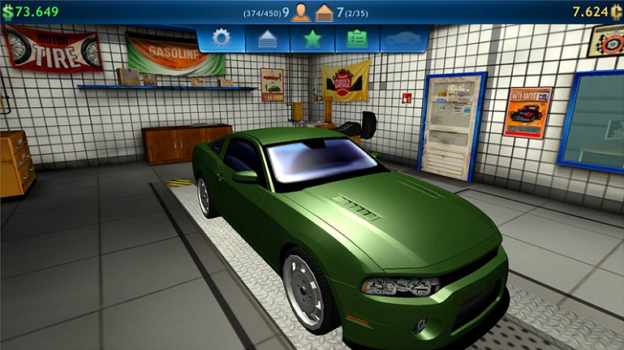 Earning money to buy new tools and such sound hopeful on paper, but the user interface in Garage Mechanic Simulator is so poor that I’m not going to sink the time to make any progress. I was sick and tired of this game within minutes. I can’t imagine it will leave a positive impression with Switch players. This is the sort of title that I’ll soon forget even having downloaded onto my Switch. To what little extent it has made an impression, is my realization that it seems to have little differentiating itself from Bus Fix 2019.

To get a second opinion on Garage Mechanic Simulator, I showed this game to my friend (and fellow PN contributor) James Colozzi. Let‘s just say that… 5 minutes was plenty. Have you gotten the sense of how PN feels about this game?

Garage Mechanic Simulator takes an uneventful premise and wraps it in an aesthetically uninteresting package with an embarrassing user interface. When it comes to fundamentals, console polish, and stand out features, this game is out of gas. It’s so boring, I’m taking my business to another garage.

If you want to “Build a car trading business from scratch…” might I suggest Car Trader, also from Ultimate Games, instead. It’s not great by any means, but it’s appealing to me in the sense that it feels like a lost CD-i title. It’s also just $3.99, almost half the price of Garage Mechanic Simulator. 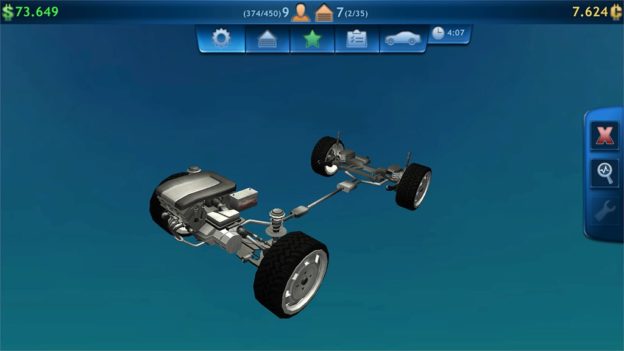 Garage Mechanic Simulator takes an uneventful premise and wraps it in an aesthetically uninteresting package with an embarrassing user interface. When it comes to fundamentals, console polish, and stand out features, this game is out of gas. It’s so boring, I’m taking my business to another garage.