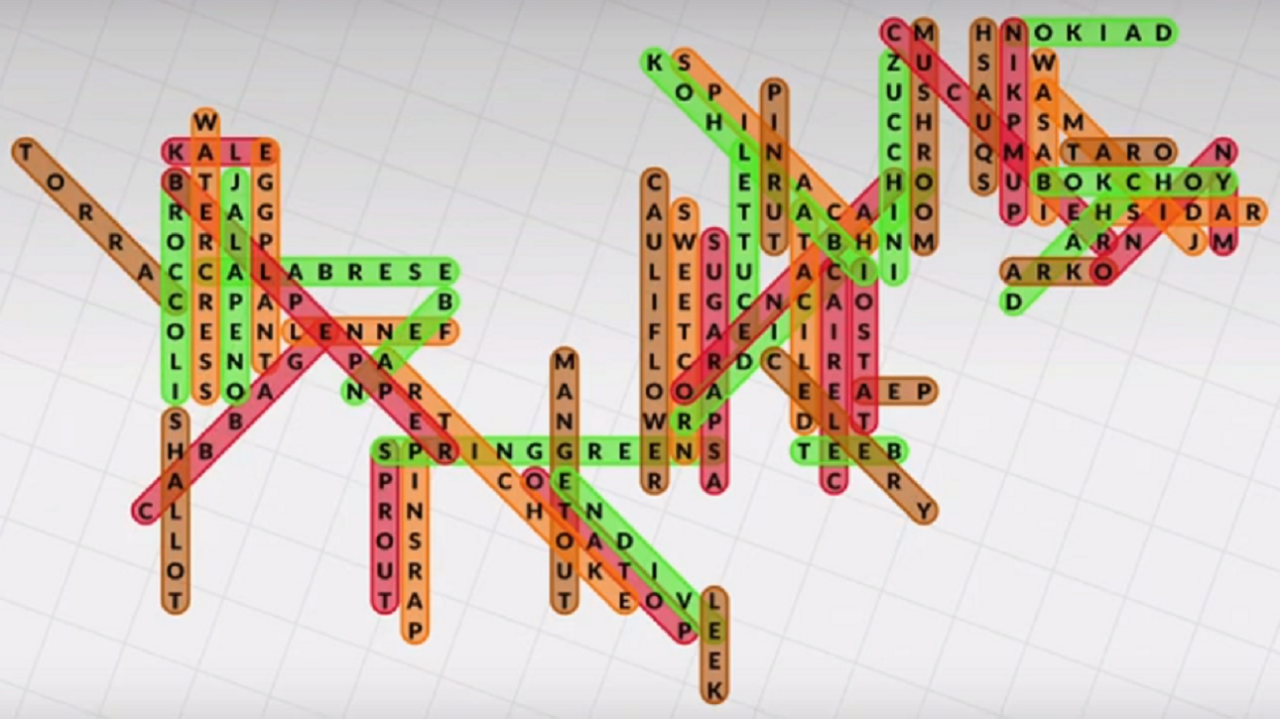 Every letter is a winner in Fifty Words by POWGI. This word search forgoes a list, leaving you to find 50 themed words that are meshed together to make up the entire puzzle. You might think this makes the game too easy, but not really. While I certainly wouldn’t call it challenging, it’s still entertaining trying to see how quickly you can finish each category.

Fifty Words is not focused on lengthy puzzles. Most of these can be beaten in well under 10 minutes, especially when playing in handheld mode with a capacitive stylus. Our lone exception was the “Moons of Jupiter” category which took us nearly 15 minutes to complete. You won’t miss anything if you take a laid back approach. While the game does record the amount of time it takes you to finish each puzzle, there are no leaderboards (either local or online).

There’s also no multiplayer per se (these puzzles aren’t single screen), but my wife and I quite enjoyed playing this together to completion. Do keep in mind, however, that Word Search by POWGI does offer local and online multiplayer for up to four players for the same regular price of $7.99 on Nintendo Switch. It also offers hundreds of puzzles, albeit with fewer words. Fifty Words has 60 puzzles of 50 words each. I think $5.99 would be a better price for what’s offered here.

Titles from Lightwood Games tend to seriously lack visual “wow,” but at least Fifty Words has some color. You can customize it, too (which is good since white blends against the default white background). So, Fifty Words is less lackluster while still being very simplified. I’d really like to see the developers put more focus on presentation. How about some modest background visuals that match each puzzle theme? A watermarked background would offer a boost while not distracting from the gameplay.

There are a handful of different music tracks to help avoid repetitiveness along with the corny jokes you’d come to expect from the POWGI pup. The puzzles are also non-linear, so if you get stuck on one you can try another and come back to it. The ones you might get stuck on tend to have uncommon words. While we enjoyed looking up definitions on our phone, an in-game educational element would have been so welcomed. Imagine clicking on a word and seeing a photo with a quick definition? I really hope to see something like that in future titles from Lightwood Games—embrace the potential to build the player’s vocabulary.

We had quite a bit of fun playing through Fifty Words by POWGI; it’s probably my favorite Lightwood Games release on the Nintendo Switch due to its original feel. As an overall package, though, Fifty Words does feel kind of bare-bones and rudimentary. Like all titles from the developer, there’s a free demo you can check out. 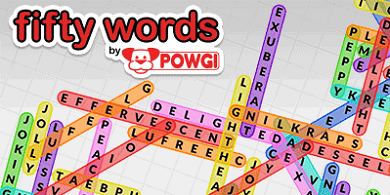 I’d really like to see Lightwood Games bring a new Splat the Difference entry to the Nintendo Switch.

We had quite a bit of fun playing through Fifty Words by POWGI; it’s probably my favorite Lightwood Games release on the Nintendo Switch due to its original feel. As an overall package, though, Fifty Words does feel kind of bare-bones and rudimentary. Like all titles from the developer, there’s a free demo you can check out.