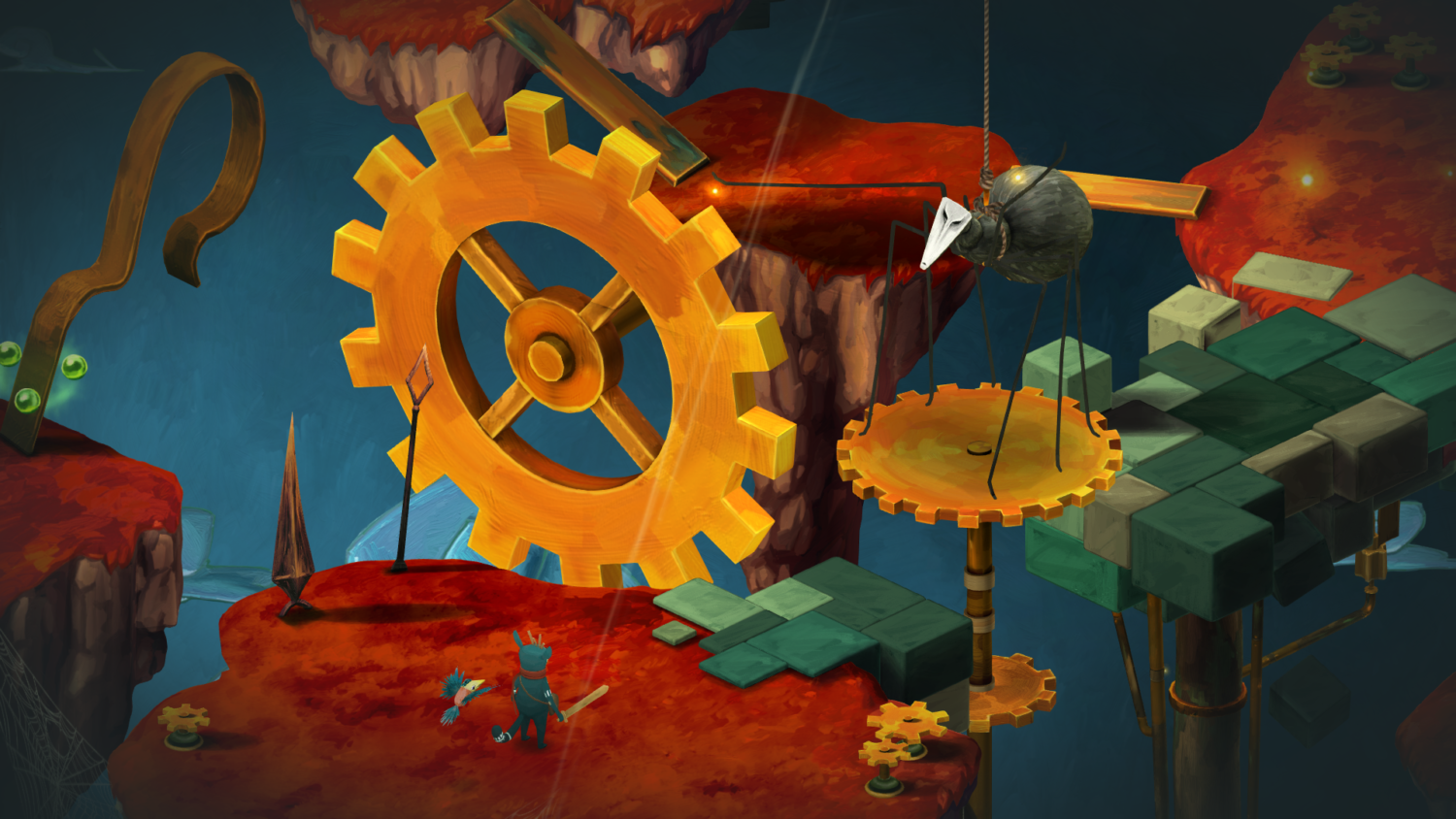 Figment is “an adventure through the mind”, and one that I quite enjoyed. The team at Bedtime Digital Games have developed a title that feels like an interactive version of Disney-Pixar’s smash hit, Inside Out. It’s a highly polished experience that I can broadly recommend.

Bedtime Digital may be familiar to Nintendo fans who’ve played Back to Bed, which was a late-arriving game on the Wii U. The two releases certainly share some similarities in puzzle gameplay, as well as the presentation with an isometric display in a dreamlike world. Figment surpasses its predecessor in some key ways, though.

This is much more of a story-driven game, focused on some welcome exploration. You control the courageous Dusty, who is accompanied by his buddy Piper. You’re delving into the unconscious mind after an accident that makes for a jolting introduction. Despite this your travels and ultimate ending are satisfying. I won’t spoil anything, but Figment’s focus here is clear, and only after the end credits roll can you really start to interpret it in more open strokes.

Exploring is a real joy thanks to the high-quality, artistic presentation that’s shown off here. The recesses of the hand-drawn mind are bright and richly colored. Figment displays a whimsical imagination that demonstrates some truly charming attention to detail. Even with two main characters, this is just a one-player game, yet it’s so fun to watch I gladly took turns trading off with my wife. Coupled with a soundtrack that has real energy, and accomplished, ample voice work that fittingly exaggerates without being overblown, and both your eyes and ears are in for a real treat with Figment. Yes, even its corny jokes manage to land more often than not.

Will the nightmares of the unconscious mind prove too strong for Dusty and Piper? This depends on your skills. Figment isn’t what I’d call a difficult game by any stretch, but it does juggle a few styles that can trip you up for a bit. Environmental puzzles are at the forefront (occasionally tedious) but action occurs when defeating some hazards and platforming past tests. Dusty can roll which will be needed for occasions that call for quickness. Timing is often key, coupled with good observation. The fighting and platforming are sprinkled appropriately throughout the adventure, not superabundant as to bore or be too severe.

I beat Figment in under six hours, maybe closer to five when factoring in some longish load times. I did not discover all the memories. But I easily had enough fun that I can see myself replaying this, probably to show off to another friend. Dusty and Piper make for quite the lively pair in a great game!

Exploring is a real joy thanks to the high-quality, artistic presentation that’s shown off here. The recesses of the hand-drawn mind are bright and richly colored. Figment displays a whimsical imagination that demonstrates some truly charming attention to detail.