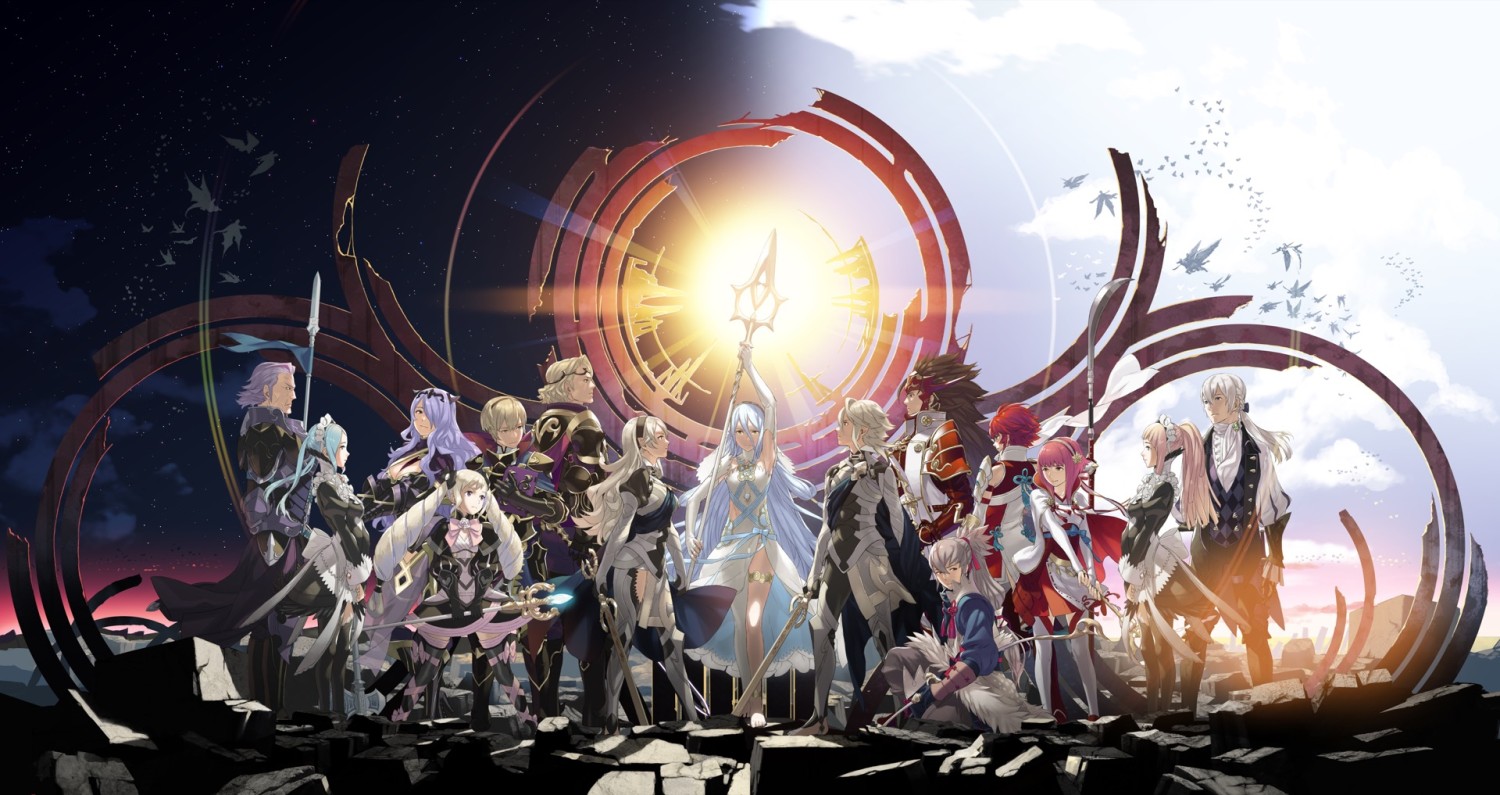 Fire Emblem Fates is the latest game in the Fire Emblem series available exclusively for the 3DS.  I’ve always enjoyed my time with Fire Emblem games and thanks to Fire Emblem Awakening’s success, we get another game in the series that comes with more content than ever before. 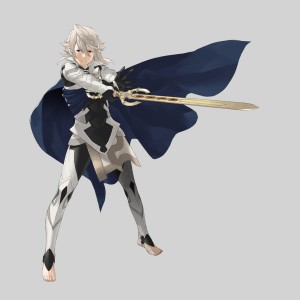 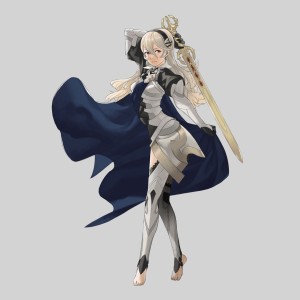 Fire Emblem games are heavily story-driven and Fates certainly ups the ante.  I won’t spoil anything in the story but I’ll explain a little about how the game works.  When players begin, they’ll go through the game as they might in any other Fire Emblem game.  Fire Emblem Fates follows the example of Awakening by allowing players to create their own avatar.  The avatar’s name is Corrin and can be a boy or a girl (players can choose their own name as well). Players will choose things like hair-style, facial features, voice, and more.  Once an avatar is setup, players are thrust right into the story and gather information as the game unfolds.  At one particular point in the game, players will be given a choice.  They can choose between three different storylines: Birthright, Conquest, and Revelation.  Birthright and Conquest are the main threads of the story while Revelation is another tangent.  On my first play through I thought I might be different and try out the Revelation route first, but the game gives a recommendation of finishing either Birthright or Conquest before going the Revelation route.  I obliged and went with the Birthright route.  I must say having the options to go different directions with the main storyline is an awesome feature.  What’s really cool too is that players can play each storyline in tandem if they want.  On the game’s main menu, players can select ‘Branch of Fate’.  This loads up the game right at the point of deciding which path to choose.  The game has 9 save slots, so you could have 3 save slots for each storyline if you are so inclined.  I found myself doing this and playing a chapter in one storyline of Birthright, and then playing one in Conquest.  It may not be the best way to enjoy the game but I love the freedom it provides.  Another cool feature about Fates is that each path has its own perks.  The Birthright path gives players more opportunities for currency in the game and experience while the Conquest path provides less experience points and less opportunities to gain gold. 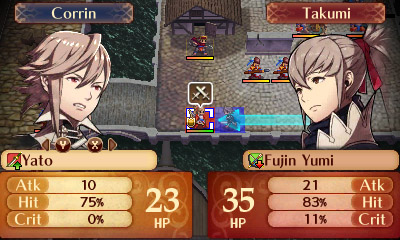 If you’ve never played a Fire Emblem game (shame on you! just kidding, it’s never too late to start!), you will find out that the gameplay has a ton of depth to it.  Fire Emblem Fates continues that trend and also adds several new layers.  First off, is your home fort or castle.  Players can customize their fort in the game by adding new buildings such as weapon shops, gathering items such as food, and building affinity with other characters.  I really enjoyed getting to select buildings and customizing my fort to my own specifications.  The affinity system is key in Fire Emblem Fates as in previous games.  Players can invite NPCs over to their home and engage in various conversations.  The more affinity you build, the better.  Building affinity isn’t just to give you warm fuzzies either.  On the battlefield, relationships you build with characters can make all the difference in a close battle.  Players can heal you, boost your attack, or help dodge enemy attacks.  The more affinity the better so be sure to pair up players with high affinity or make sure they’re next to each other on the battlefield to earn those perks.  The game also allows for personal relationships to form and even develop to marriage and eventually children.  Your offspring will actually take on some appearances of the parents based on your avatar selections in the beginning of the game.  Did I mention this game has a lot of depth?  Ok good, because it has plenty to keep you occupied for hours and hours on end. 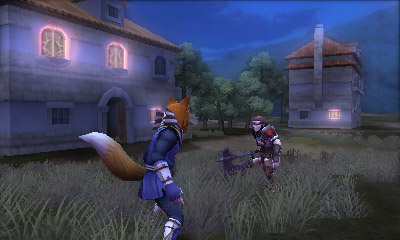 The combat in Fire Emblem is largely unchanged from the previous games.  Players move all of their characters or end their turn and then the enemy takes their turn and so on and so forth.  Players will still have to weigh the pros and cons of attacking the enemy using ranged attacks, swords vs. axes, etc.  The usual way of winning a battle is to rout the enemy by destroying each enemy unit.  Other battles require players to take control of a fort or base on the battlefield.  Some battles have you defending a base and others feature a limit to the number of turns players can take.  My favorite battles are usually the more objective-based ones of securing an enemy base or routing the enemy.  I think that comes from my love of the Advance Wars series. 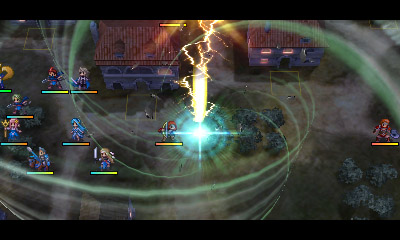 Moving on to the visuals in Fire Emblem Fates, players are going to be extremely impressed.  The game runs beautifully at 60fps at all times, even in 3D and during the battle sequences.  The stereoscopic 3D in the game is fantastic and I played with it enabled the entire time.  Battle sequences have several options on the touch screen as well to shift the camera angles to first person and many others.  Players can even skip the battles, slow them down, or speed them up using the 3DS’ touch screen.  The animations in the game are also top-notch from the beautiful 2D imagery of the characters during dialogue to the fully 3D rendered cut-scenes.  The game really is a powerhouse that shows off what the 3DS can do.  The soundtrack is fantastic and much of the dialogue in the game is voiced as well. 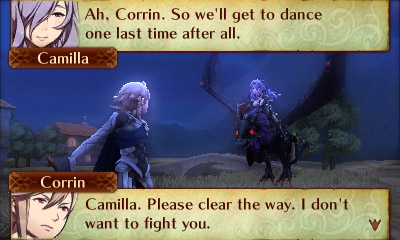 As far as multiplayer support, Fire Emblem Fates has online and local multiplayer as well as Streetpass support.  Streetpass allows players to battle each other’s armies, trade items, and recruit characters.  As I mentioned earlier in the review, there is a lot of depth to Fire Emblem Fates.  For those interested in the game, I reviewed the Special Edition of the game which comes with all three versions of the game on a single game card.  That will set you back $79.99 in the US.  You can also buy Fire Emblem Fates: Birthright and Conquest individually for $39.99 each.  Revelation is a $19.99 digital download.  If you’re a big Fire Emblem Fan, I would recommend the Special Edition as it comes with everything plus an artwork book and custom 3DS XL carrying pouch.  If you are a fan of the turn-based strategy genre or a fan of RPGs of any kind, you owe it to yourself to check out Fire Emblem Fates.  It’s simply one of the best Fire Emblem games, if not the best.

If you are a fan of the turn-based strategy genre or a fan of RPGs of any kind, you owe it to yourself to check out Fire Emblem Fates.  It’s simply one of the best Fire Emblem games, if not the best.