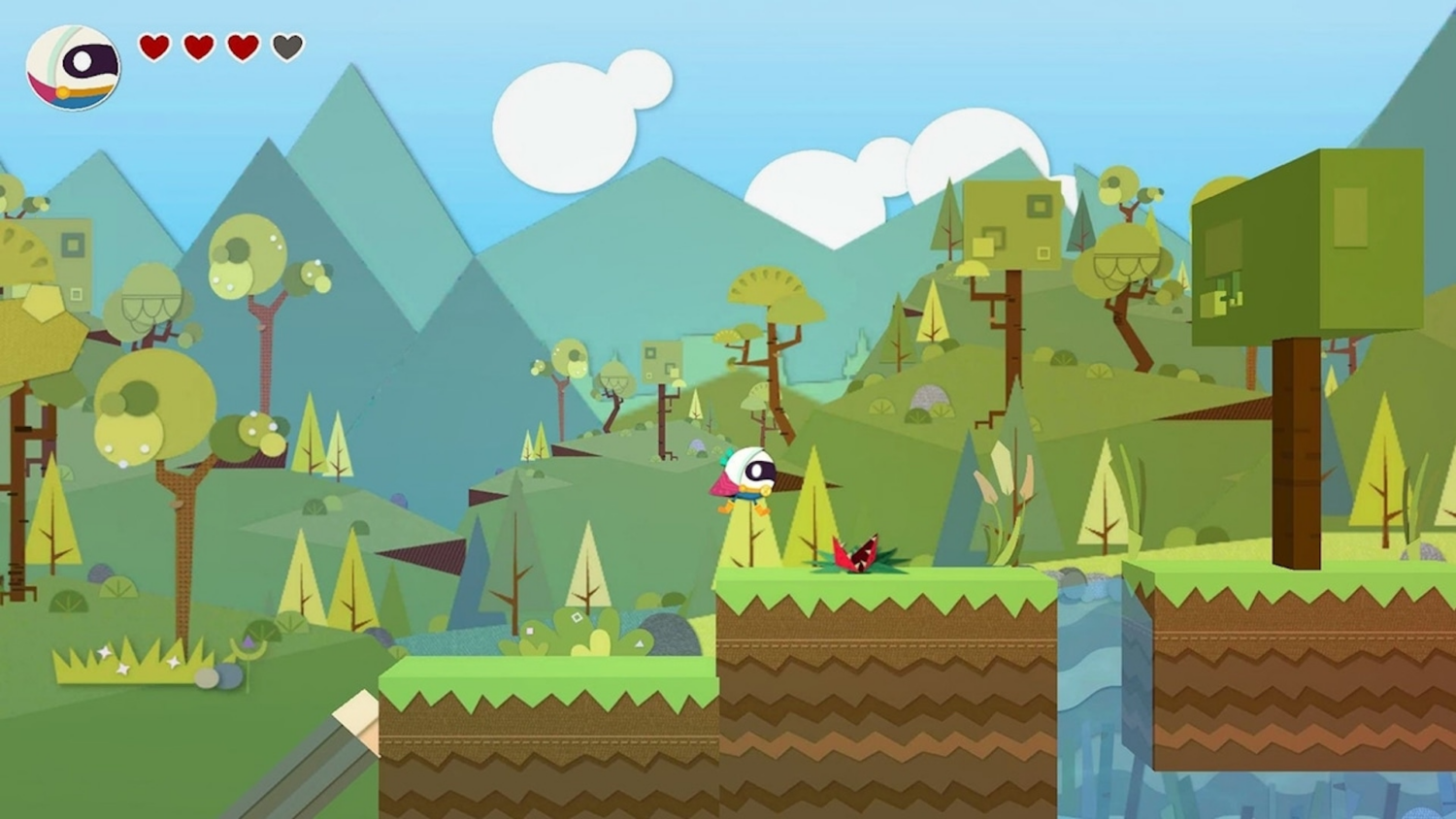 We don't want your third D around these parts.

Flat Kingdom Paper’s Cut Edition reminds me a bit of my hometown. No, it didn’t have a kindly king, a princess who got kidnapped by a fox-person, or a small hero who could change shapes—it was just a bit, well, flat.

In Flat Kingdom, you are a small, shape changing hero in a 2D world. Long ago, a magician used some enchanted jewels to keep the chaos of 3D from unleashing despair. Things have been good for a while, but a naughty fox has abducted the king’s daughter and swiped one of the jewels. Now, the chaos of 3D is starting to break into your world. 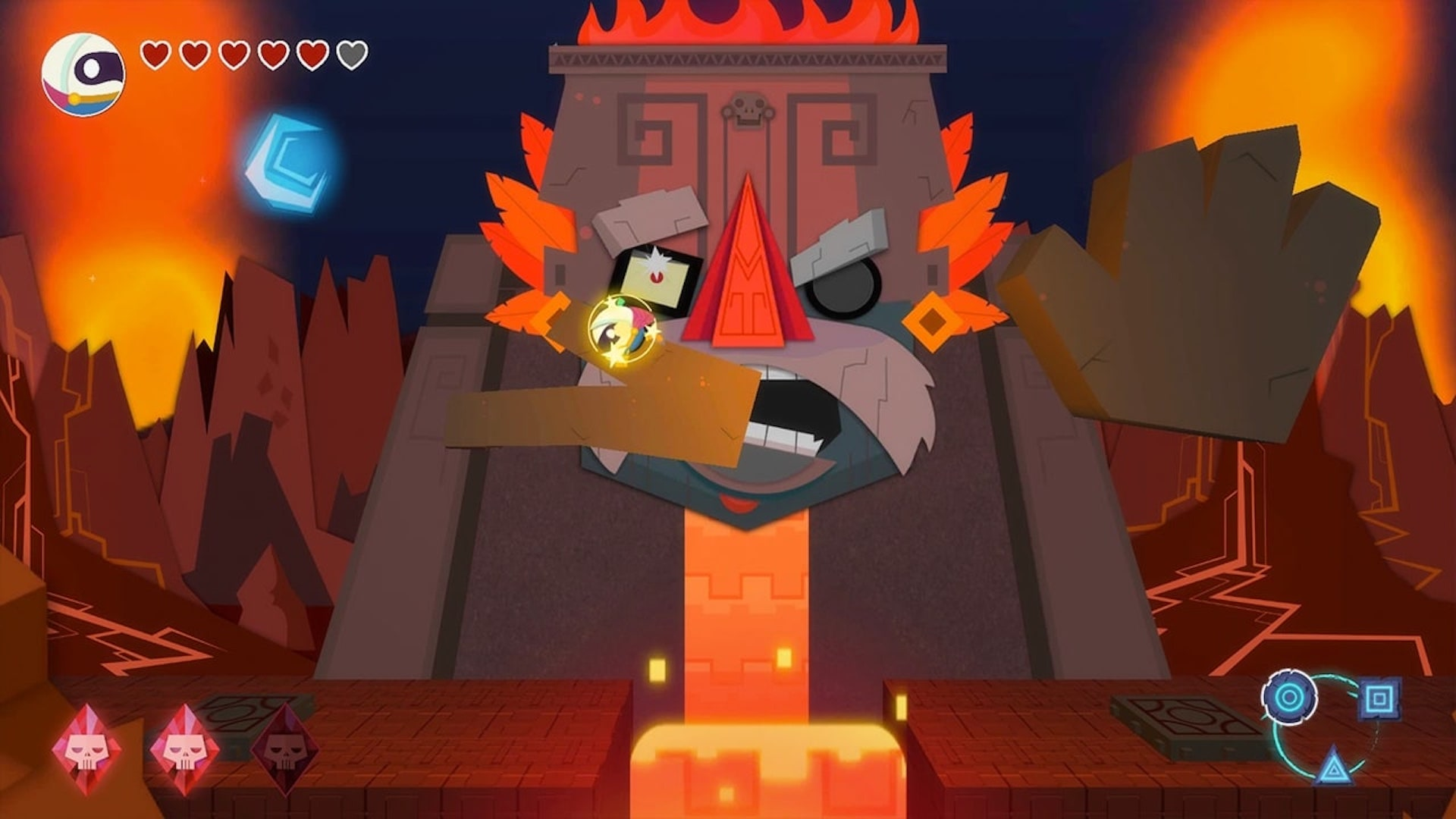 This 2D platformer has been around on other systems, and has now been ported to the Given Nintendo’s history with 2D platformers, taking this game to the Switch is a natch. The gameplay mechanics are mostly what you expect; left stick to move and the B button to jump. The other buttons get interesting, using Y, X and A to change the shape of our hero to a square, triangle, and circle respectively. This triangle advantage forms the basis of defeating the bad guys and accomplishing certain tasks. The circle form moves at moderate speed and can do a double jump; he can defeat square shaped enemies, but he floats in water so he can’t reach coins on the bottom and can be defeated by triangle shaped enemies. As a square, he can sink in water, push heavy objects, and defeat triangle shaped enemies, but he moves slowly and his jumping skills are almost nonexistent. When our hero takes triangle form, he can run very fast (he even gets a cool spinning feet animation like the Road Runner) and can defeat circle enemies, but he also floats and has only a single jump. 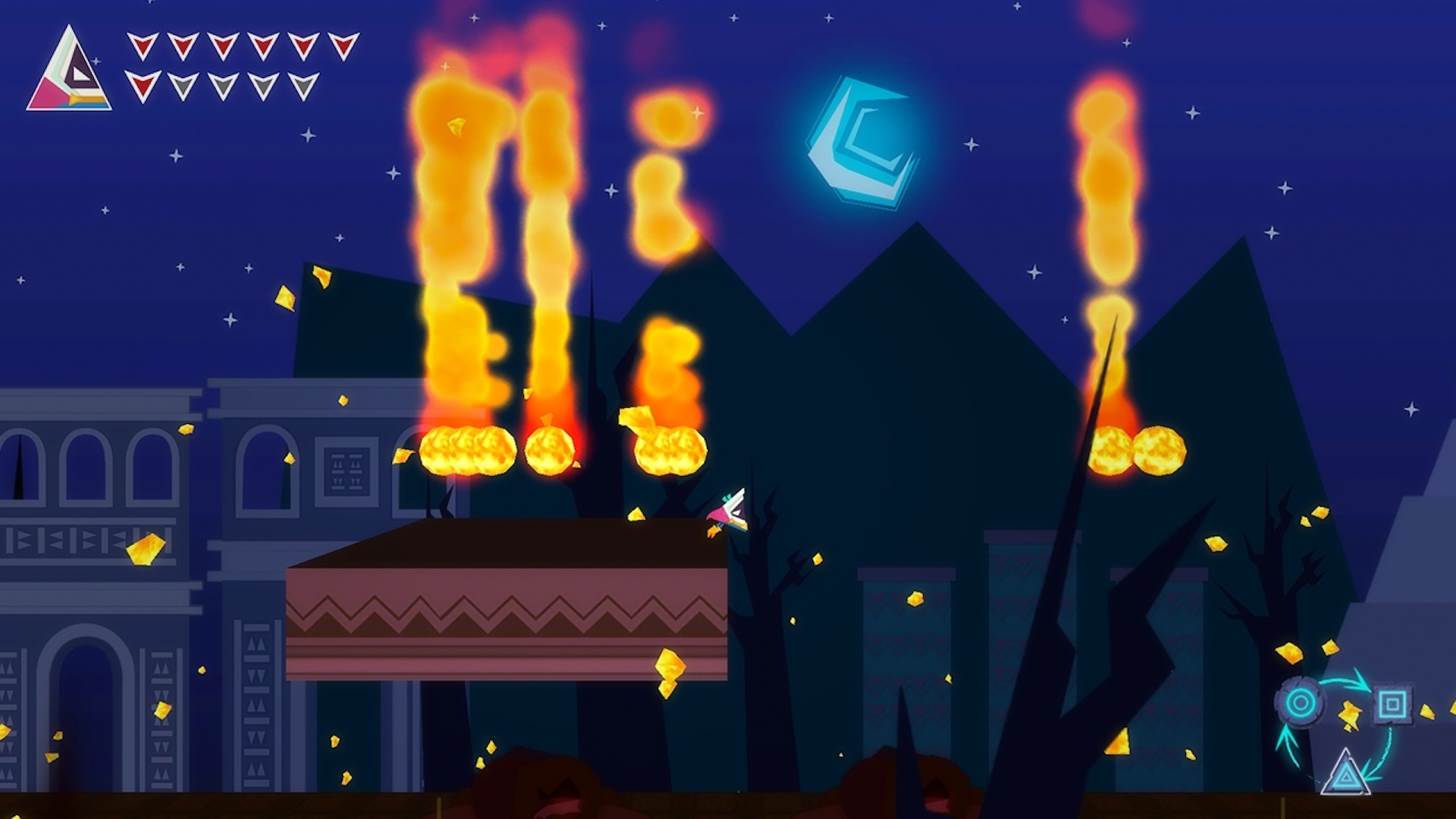 With the familiar platformer gameplay we also get familiar kinds of objectives: collect coins for upgrades, overcome obstacles, defeat bosses, and win the day by saving the princess and restoring the enchanted jewels. Yes, it’s a bit, shall we say, tried and true (and tried, and tried), but it’s just a game so we’ll go with it. As you advance, there are levels with locked paths to which you may have to return after you defeat a baddie or throw a lever or solve a puzzle. There are pitfalls which will end a run and send you back to your last checkpoint. Don’t worry too much in the beginning, as Flat Kingdom provides you with some visual assistance on how to get through the next obstacle. These look like posters on the wall next to the challenge, and they’re easy to understand.

I really liked this game’s graphics and the straightforward platformer setup. It doesn’t feel a need to pretend it’s something it is not, nor does it try to reinvent the genre. It’s just a simple, fun game; the type you can pick up and play for a while just to forget the worries of the day. The visual design is a nod to paper art. I appreciate that on a couple levels, so kudos on that front. 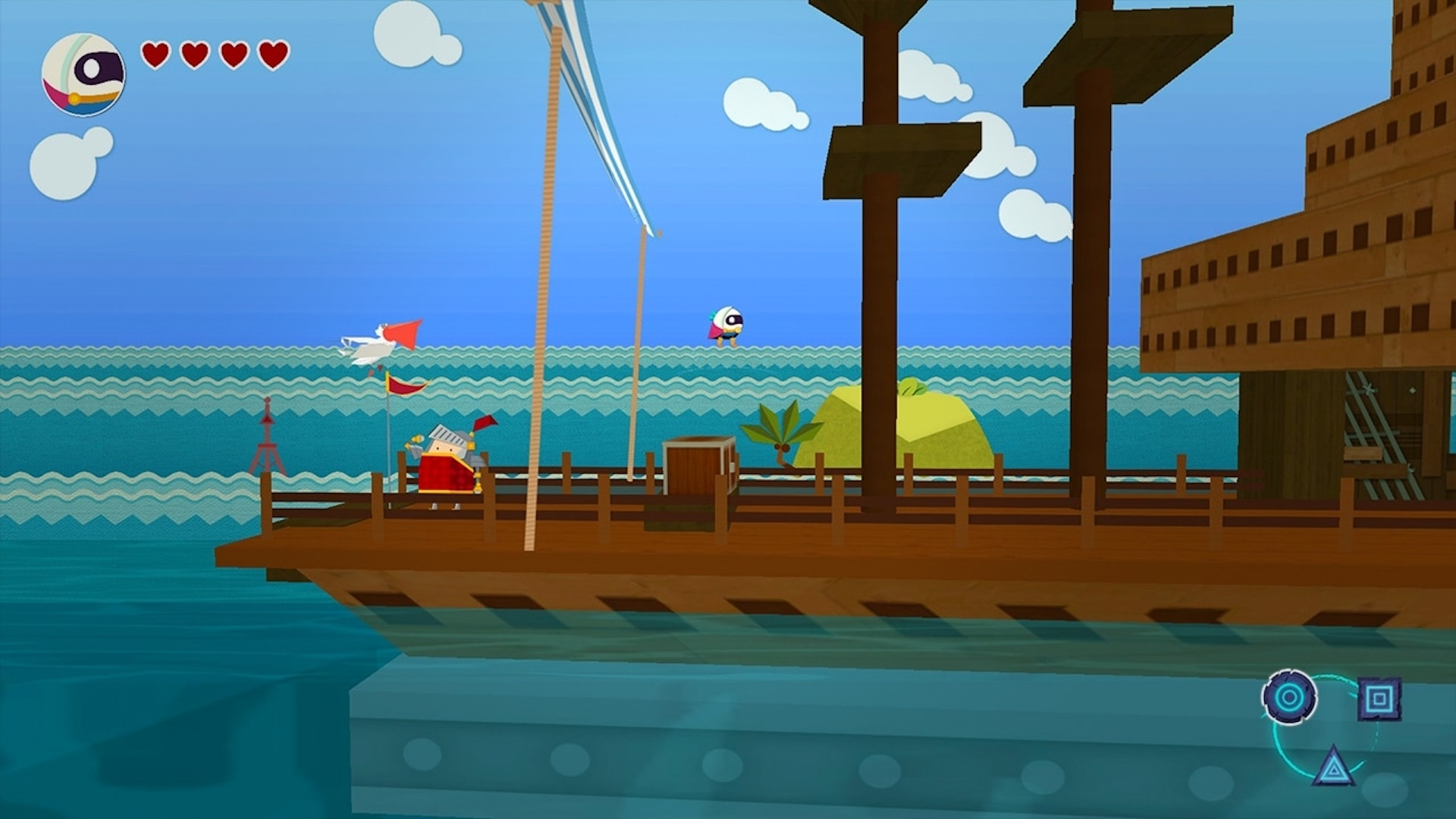 I didn’t, however, like the hypersensitive jump points. You have to be almost pixel precise to hit the jump and stick the landing. I fully get a game where you may need to take two or three runs at a spot to make sure you have your timing right, but this game is sometimes a bit too picky.

After unfolding in the package, Flat Kingdom Paper’s Cut Edition is a good game—not great, but solid. It’s simple enough to play, pleasant to look at, and easy on the budget.

If you enjoy platformers, Flat Kingdom Paper’s Cut Edition is a good addition. It doesn’t rank the highest on my list because of sensitive jump points which can oftentimes be frustrating. But when taken for what it is—a unique platformer with fun narrative and visual twists—it’s worth the purchase.