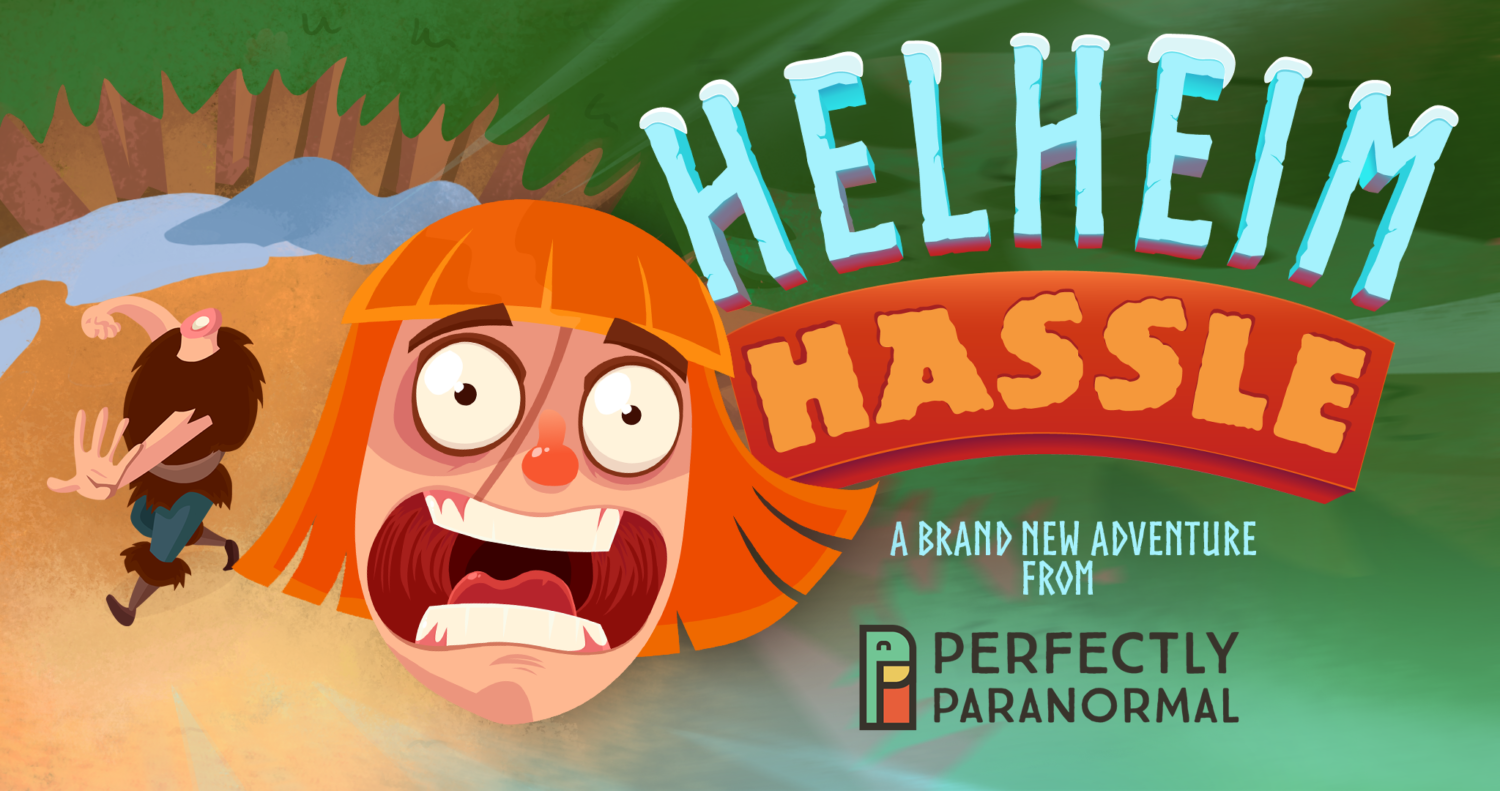 If you’re not already familiar with Perfectly Paranormal as game creators, the premise of Helheim Hassle tells you everything you need to know. You play as pacifist Viking Bjørn who dies trying to avoid the chaos of battle. After tumbling off a cliff, you land on and crush a bear, which sends you to Valhalla as the hero who bare-handedly defeated a grizzly. Many centuries later, you are resurrected. It’s then up to you to find your way to Helheim, the more peaceful afterlife you’ve always wanted.

To achieve this, you have to solve a series of puzzles that lay in your path. You do this by detaching your head and limbs from your body in order to reach buttons and levers that open doors allowing you to progress.

The entire concept is ridiculous, but the absurdity of the premise is fed through the story and gameplay so effectively that it doesn’t get tired. The grisly (and, at times, crude) sense of humour is as integral to the puzzles as it is to the cutscenes. 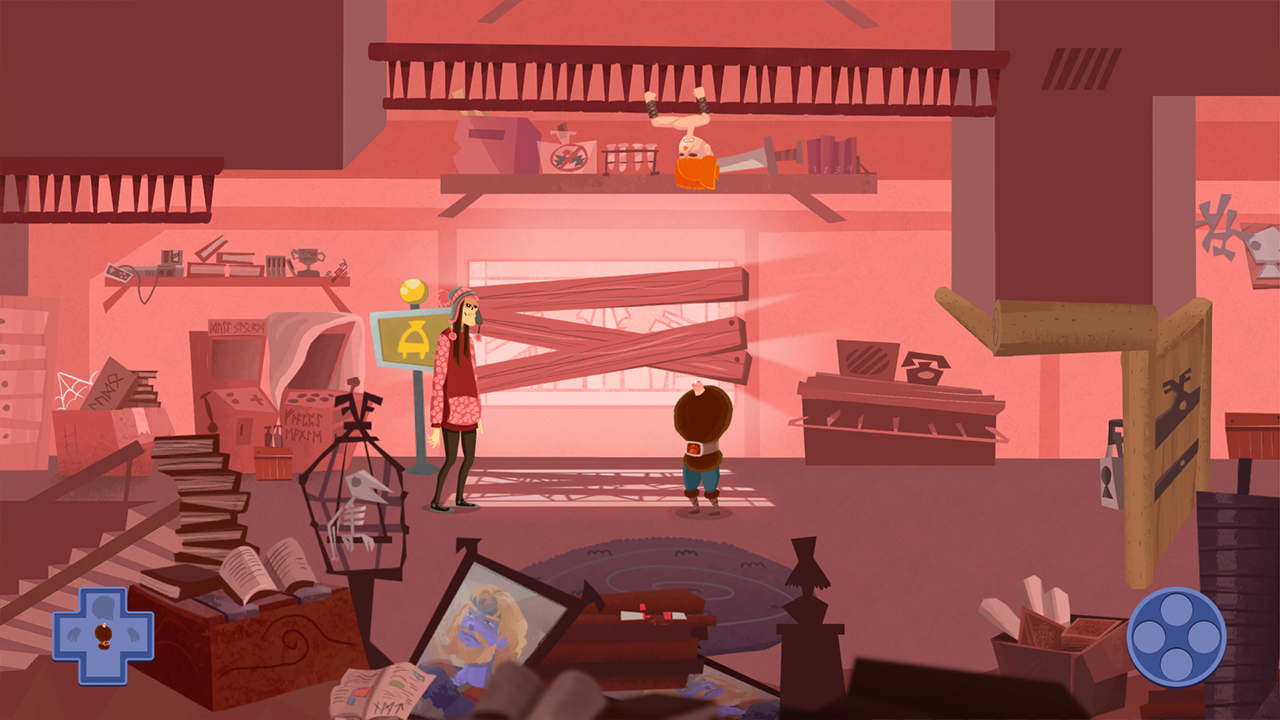 The rest of the game is as well executed as the dark comedy. It instantly looks fantastic and quickly establishes the magical, mythological environment. The settings are beautifully designed, with bright colours everywhere and a lot of attention to detail in the background animations. Even minor characters are designed with heaps of personality in their features.

Generally, the relationship with Norse mythology is light-hearted and playful. It definitely takes some poetic license with the stories, but in a way that they are still recognisable and the humour is infectious.

The tutorial takes place while you are still a living, breathing Viking. You learn how to run, jump and interact with objects in the world around you in a funny and engaging way to pick up the controls. The jokey cutscenes are easy to skip if you’re not into them, but they have great voice acting and personally I enjoyed them. 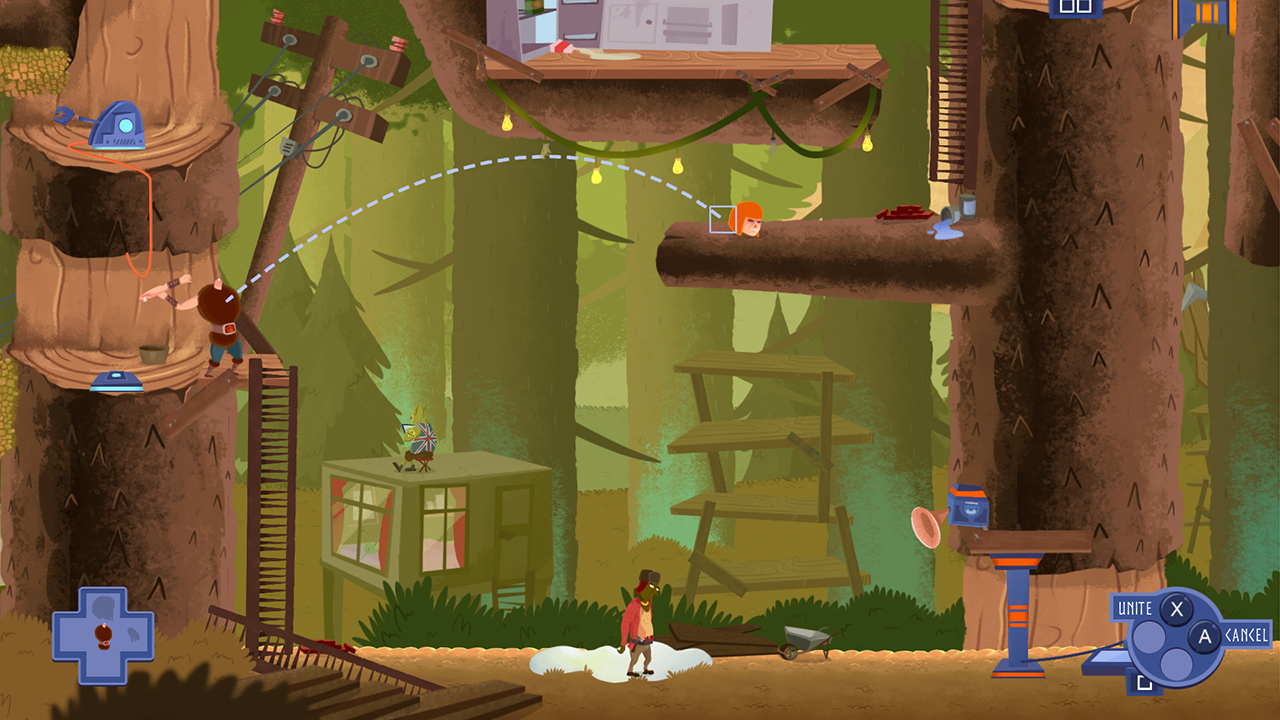 The puzzles throughout the story are cleverly crafted. As your corpse disintegrates, you have to figure out how to arrange your various body parts to help your progress. You have to fit through small gaps, climb up walls and along branches, and eventually get the necessary weight onto each switch to open the next gate. Sometimes, you can just chuck your head at the platform. Other times, you need your whole body to weigh it down, but then one detached limb is caught some awkward distance behind the rest of you. Once you’re done taking in the sight of your disconnected arm dragging your head up a wall, you have to think creatively to move forward.

Along the way, you can gather extra collectibles, including letters that offer you a glimpse into the world’s backstory. These give you more incentive to explore the game outside of the puzzles, which can often lead to the clues that propel you forward.

In every possible respect, Helheim Hassle is a fantastic game. It blends a wonderfully grim sense of humour with smart puzzles and beautiful art in a way that makes it unmissable.

Helheim Hassle is a genuinely funny game with a dark sense of humour that holds up throughout a series of creative and silly puzzles.