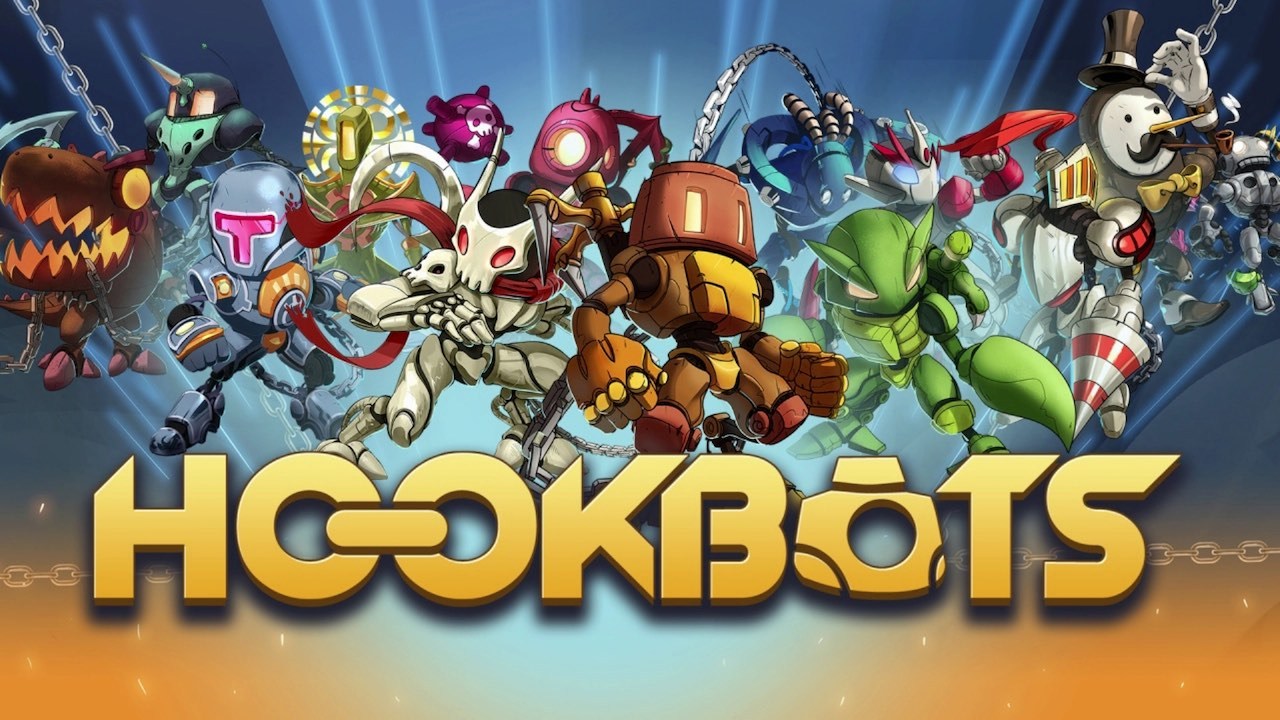 Hookboots is a multiplayer fighting game from Tree Interactive. As the Switch eShop loads up with such party games, is Hookbots worth your time?

There really is no story, which isn’t exactly needed for this title. The premise of the game is to choose your bot and then use your hook to attack other bots. The hook can also be used to maneuver around the stage.

Each bot has its own look and different skins to choose from. Players can put a tiny bit of customization into each bot before the battle by also choosing a taunt. Each bot has a special ability that is a much stronger attack and destroys the enemy… if you are lucky enough to connect.

There are 14 game modes to keep you entertained. Each mode ranges from a variety of battles to sports-based modes. My favorite was “hold the flag” where players attempt to hold a flag; the player who holds it the longest wins. Each style of gameplay is enjoyable and has its own skills to master. 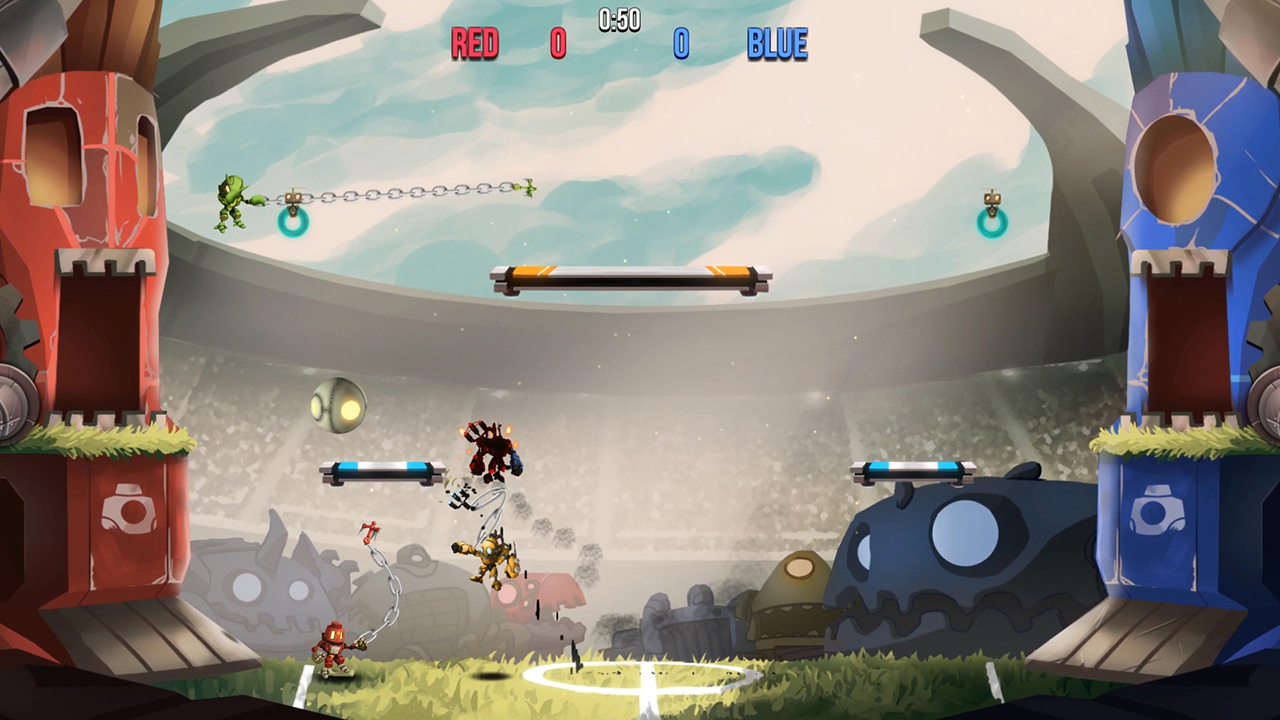 Each stage is different and well designed. Some stages have gimmicks such as a large falling hook that will crush anything it hits, or moving spikes. During battles, there are boxes that can be destroyed to give the player a special weapon, such as a sword or temporary hook upgrade. The inclusion of power-ups adds to the mayhem, making each round feel more diverse. 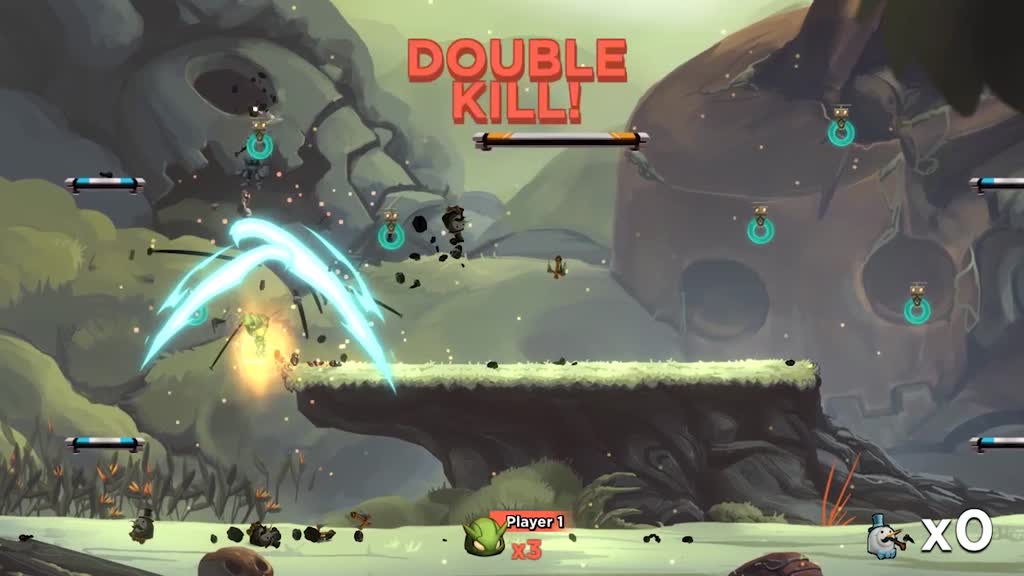 Don’t have any friends? Don’t worry, Hookbots allows all battle types to be played solo. It also comes with a single-player Campaign mode and a Challenge mode. In Challenge mode, players complete challenges such as surviving oncoming hordes of bots or destroying a certain amount of bots in a given timeframe. In Campaign mode, players compete in different stages each with a different objective. 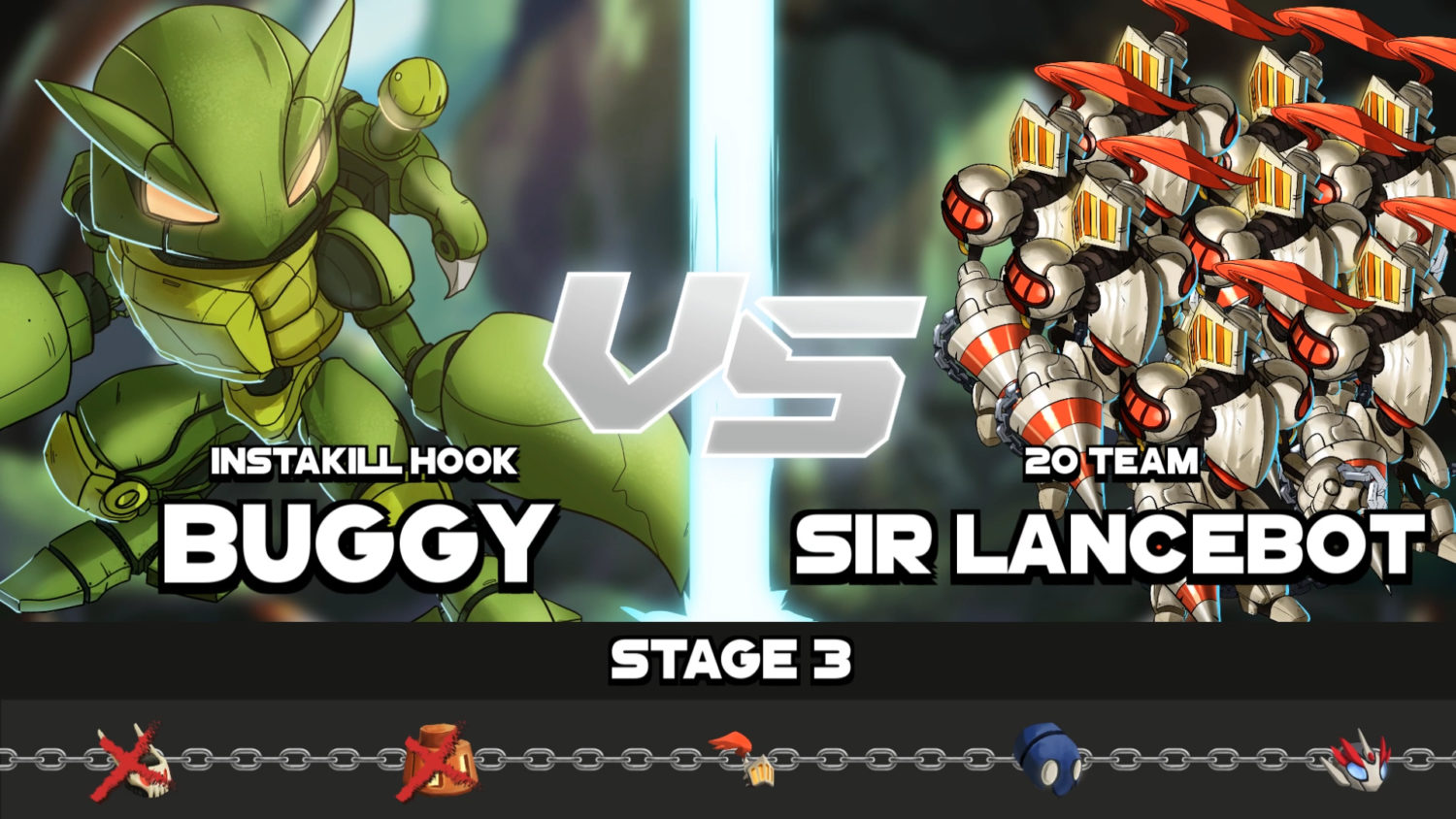 The more you play the more modes, levels, bots, and skins you unlock. It reminded me of the good old days before DLC. Not only was playing the game fun but by doing so you earned rewards. There is a ton of unlockables to earn. The game did a great job balancing how quickly things came as it never felt like it was too long or too early.

There is also bot customization known as the “bot factory” where you can create your own bot. Certainly a nice feature, I just wish there was slightly more to it. You can name the bot and then choose from preexisting bot parts to put together to make your own. Players can choose their favorite special ability to add to their bot. The lack of original bot parts is kind of disappointing but still, the ability to make your own is fun. 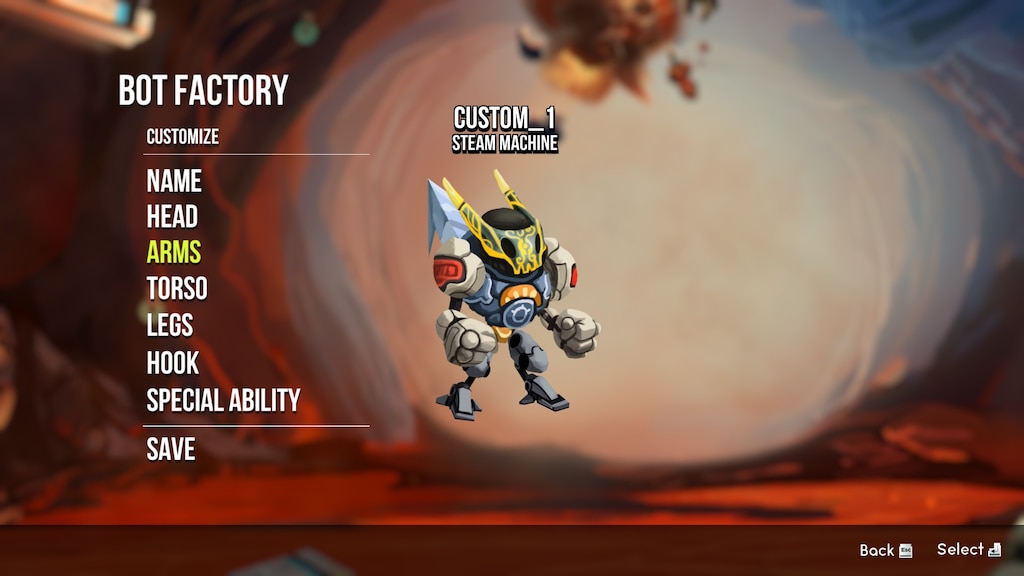 Hookboots is a good party game, offering more than I expected at first look. Even if you don’t have three friends to play with there is enough content to keep things interesting. This game can get you hooked, and is worth the asking price of $19.99.

Robots, mayhem, and destruction, what more do you want? Hookboots is a good party game, offering more than I expected at first look. Even if you don’t have three friends to play with there is enough content to keep things interesting.