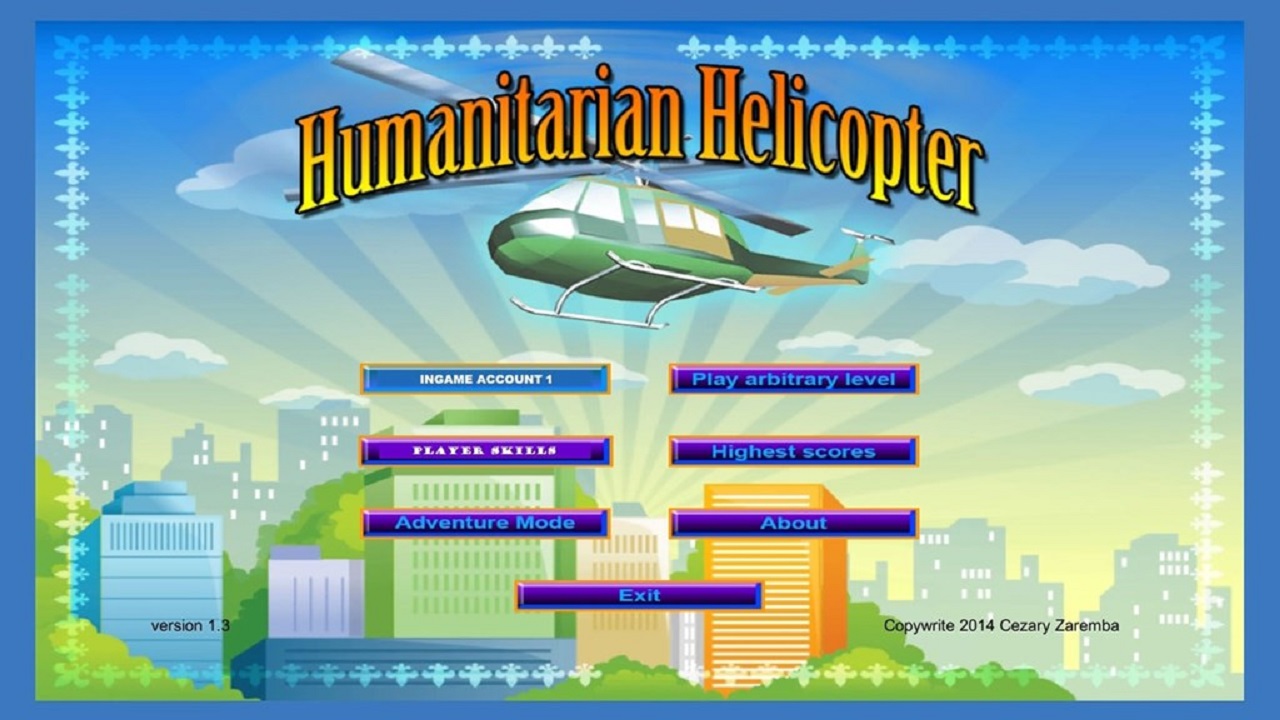 Humanitarian Helicopter lives up to its name. It’s a rescue-themed action-adventure title, that has you helping earthquake survivors. Objectives include bringing them to shelter, and supplying food. Obstacles are limited to environmental (wind, trees) and animal ones (bears, birds). The theme is positive, and the non-violent approach is one I can embrace. Sadly, the game is far too “amaturesish” to warrant a $10 Wii U release. 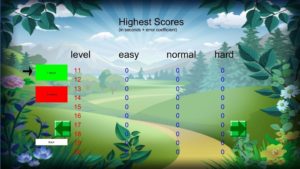 The story is shared through an introductory text that’s hard to read due to the color and size of the font. The translation could use improvement, and it’s filled with typos. Story ends up mattering little though. There are fifty levels, divided into sections. Curiously the game boots you back to the main menu upon completing each one. Worse, there’s no checkmark or similar designation to denote you’ve cleared a section. There are high scores however, even if they end up not amounting to much.

I say that, because the game is light on challenge. Even on the highest difficulty settings, all but inexperienced players will have little struggles completing it. This limits the desire to earn player skills, which ultimately prove unnecessary, and require much replay. Still, I don’t usually mind titles with a more relaxed pace. And no time limits, means you can explore as much as desired. 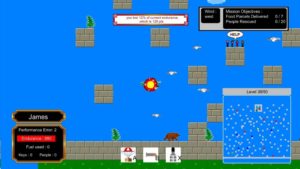 The level designs are inconsistent though. While some loosely portray cities, often the layouts are haphazard. Placements often end up seeming more random than anything else. The hit detection is so off, that you can actually tap a button to display the collision window for every object! As such, your desire to explore may be limited. The graphics certainly do nothing to remedy this.

I don’t wish to discuss the visuals much. But they’re deficient in pretty much every area you can imagine. With only light animations, a shortage of detail, and an overall very dated presentation, the game has an unfinished look. I can’t show you the worst of it since Miiverse screenshot sharing is not enabled for this title! Thankfully the music fares slightly better. There’s actually a couple pretty good tunes. They play randomly though, with no means to choose a specific track. The game also doesn’t seem to cycle through them, instead just playing the same tune during each play session. The tracks would often end before I finished a level. 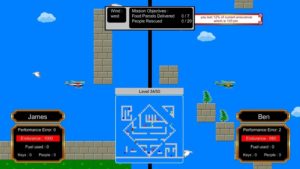 The GamePad use is definitely lacking. The audio defaults at off, and turning it on the GamePad mutes the TV. You can’t alter the odd controls either, which include mapping Y as your primary button, and holding L and R to exit a level. There’s also no pause button, or means to control your copter beyond the d-pad. The worst use of the GamePad comes during multiplayer. Failing to take advantage of the extra screen, the game simply has a bar running across the middle! With the centered placement of the map, your view becomes even more obstructed.

It really is a shame. I like this game’s positive theme, the amount of content is okay, and the two player mode has potential for some enjoyable co-op. But even with its heart in the right place, Humanitarian Helicopter is far too overpriced for the lack of quality displayed here. I hope the developers at Peaceful Games can learn how to design future releases to console standards. Parents in the market for a non-violent game to enjoy with younger children would do well to wait for a sale or price drop. Otherwise, I have a hard time recommending a game with production values like these to Wii U owners.

The theme is positive, and the non-violent approach is one I can embrace. Sadly, the game is far too amaturesish to warrant a $10 Wii U release.