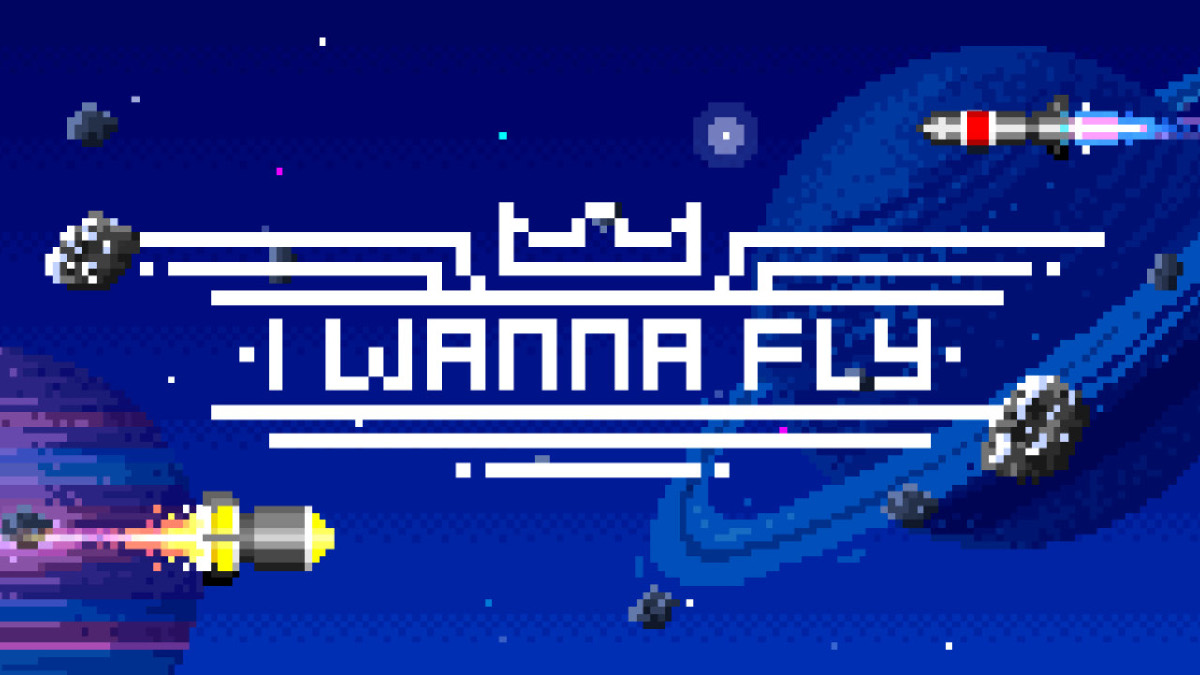 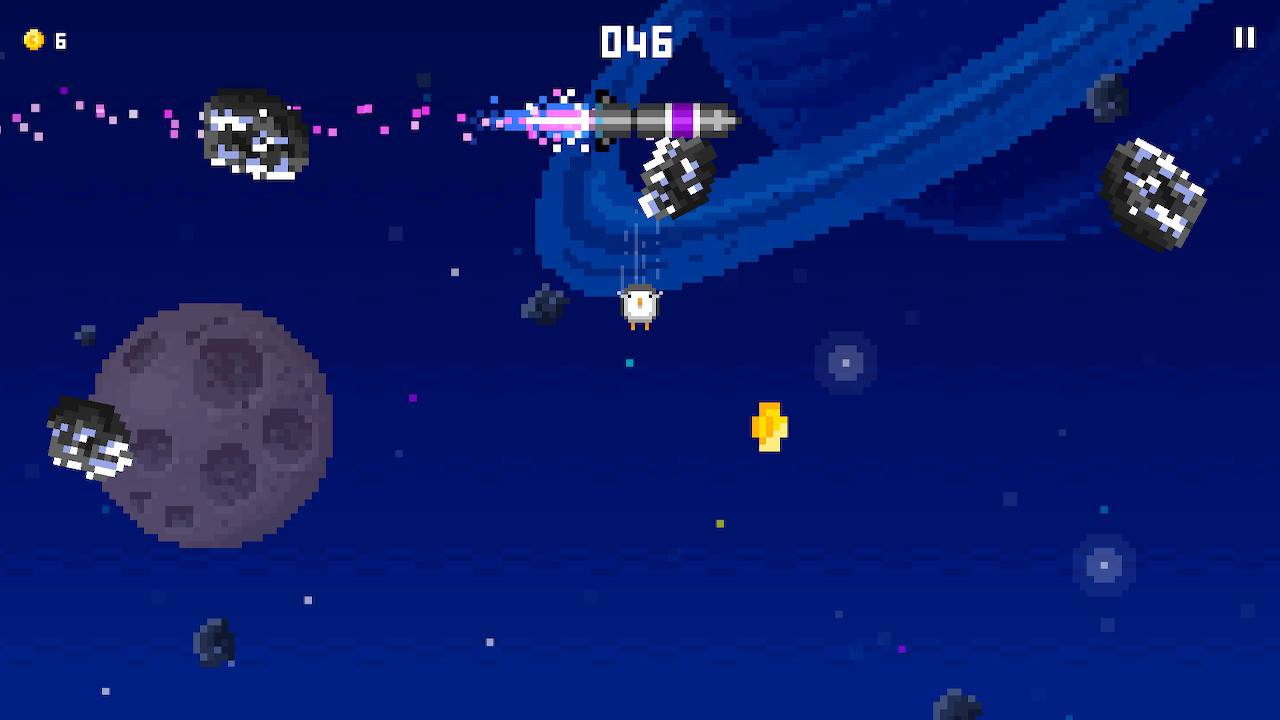 Stop me if you’ve heard this one. A penguin wants to fly. So naturally it boards a rocket and flies into space. But! Wouldn’t you know it, there’s an explosion, and the penguin starts to plummet through space, through the atmosphere, past skyscrapers and finally into the Earth’s core, with only his tiny penguin wings to help him avoid the asteroids, birds, and rockets, that threaten to kill him with the slightest touch. Sure, it’s a tale as old as time but it’s finally been brought to the Nintendo Switch in I Wanna Fly. 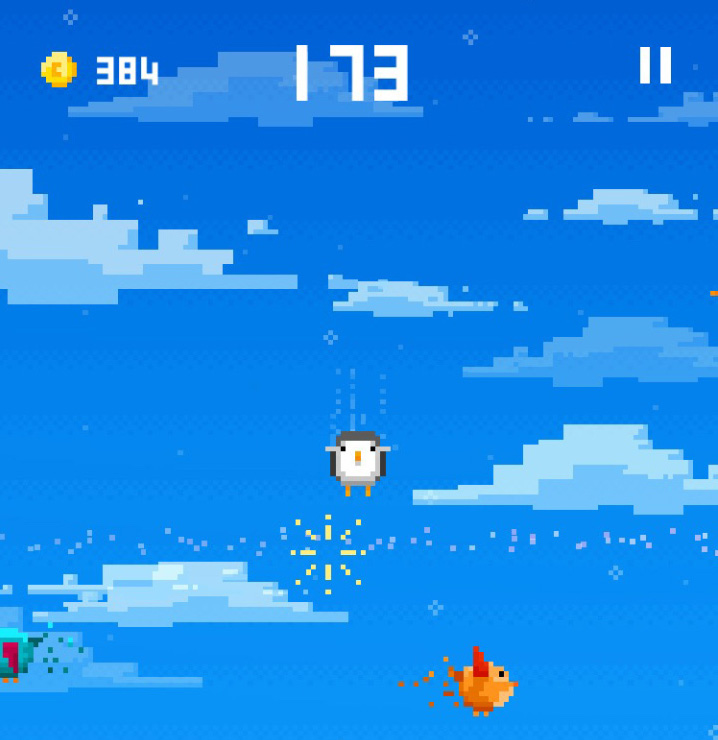 An endless runner game, I Wanna Fly is simplicity itself: the penguin is falling to earth, straight down, and the only thing you can control is his position in a narrow strip in the middle of the screen. That’s it. Various objects come at you and you need to avoid them all, except for Gold Coins which you can choose to collect or avoid as you see fit. Occasionally rockets will fire directly across the screen but these are announced with a warning sound and an arrow indicating where they’ll cross.

This is, unsurprisingly, more difficult than it sounds because the objects come at you randomly, making the choice that was sensible a second ago into a death trap. Your ability to control his altitude can be treacherous as well. Falling to the bottom of the screen ends the game, as does fleeing off to the top. You’ll have to master the plummet (quickly falling), the ascent (holding the “flap” key to ascend) as well as quick taps to try and maintain your position. 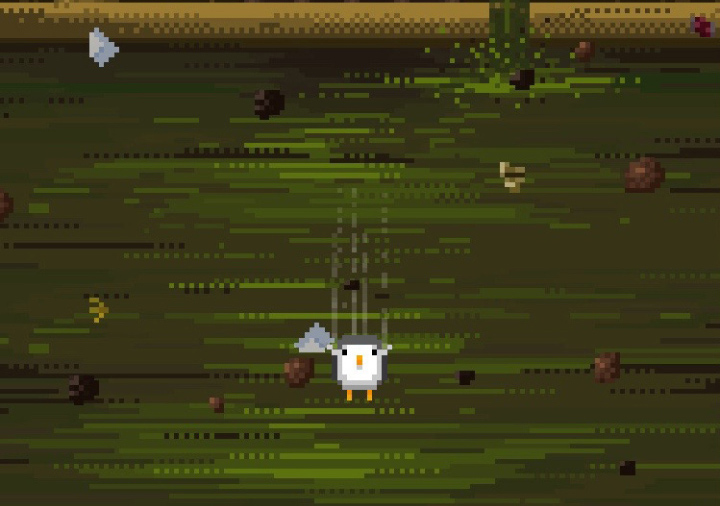 The game has an adorable retro-pixel style that extends to to the 8-bit soundtrack, and the entire affair wouldn’t feel out of place at a Bally’s Aladdin’s Castle in 1984. Each layer you fall through has its own way of orienting and disorienting you. For example, the space level not only has asteroids to avoid, but little bits of debris flying though the background, harmlessly. And behind that are gorgeous 8-bit renderings of the planets that are so very tempting to stare at for just a second… oh wait, the asteroids!

The soundtrack is simple and repetitive, but never annoying, made up of beeps and boops that keep things feeling fun and light, even as deadly rocks, fireballs, and birds close in on all sides. 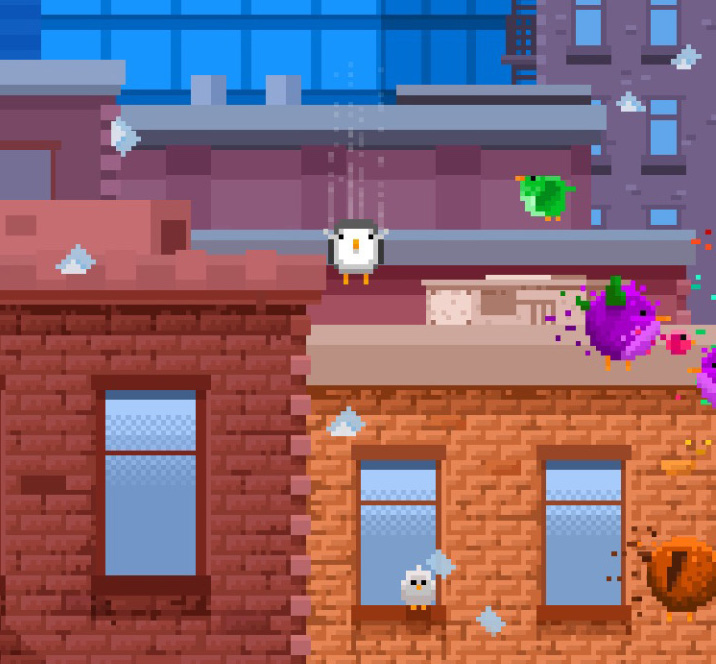 And at its price point and addictive nature, it’s an entirely enjoyable addition to your Switch as a time waster, or if you simply feel the need to yell profanity at your console when you mess up one. Lousy. Flap.