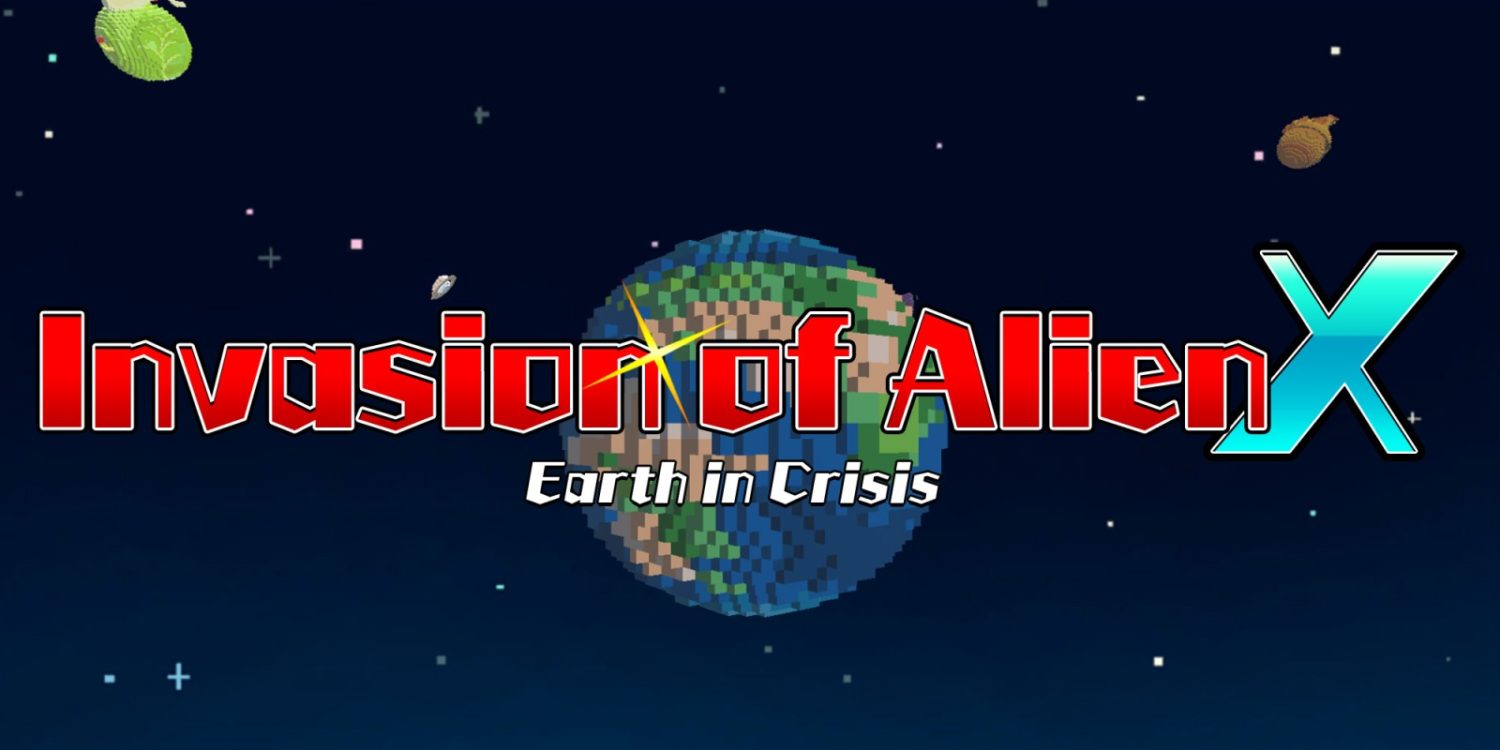 Invasion of Alien X – Earth in Crisis is an action shooter from Double Drive Games for the Nintendo Switch. It’s a pretty simple game in which you’re tasked with defending the Earth from an alien onslaught. It has a few pros and several cons that balance out to make it just about average overall.

Invasion of Alien X is easy to pick up and play, despite the lack of decent tutorial. Granted, the game mostly involves holding down the fire button and moving the crosshairs around, but there’s little in the way of instructions to explain what on Earth is going on (pun intended). What’s there is a general overview that makes little sense before playing. It’s also hard to understand since fonts change color and size mid-sentence. This contributes to an unpolished feel. 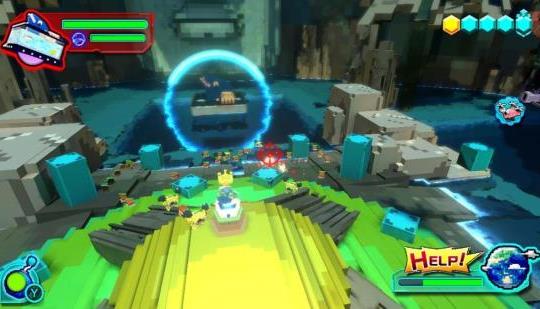 The game’s most noticeable feature is its blocky graphics, which are certainly colorful. In handheld mode they work OK but docked mode doesn’t really do it justice. Everything looks the same: bright, square and a little bland. It’s not the sort of old-school approach that works well.

Thankfully the movement and aiming of your crosshair is quite smooth, making repeatedly shooting an easy chore. Having said that, there are some huge difficulty spikes. Generally, the levels get harder as you work through the current planet. A star rating system indicates the difficulty. There’s no way to skip ahead though, which can lead to frustration if you’re stuck on one level. It begs the question, do I care enough to repeat a level in order to keep progressing? 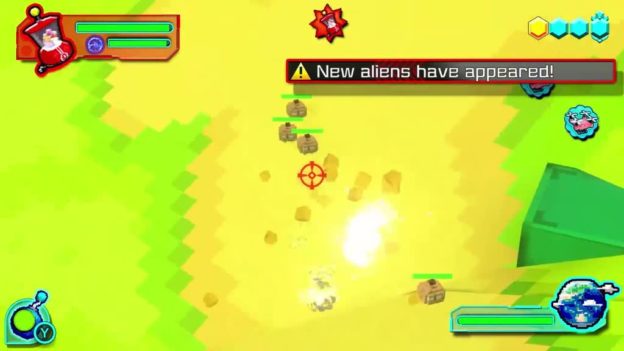 And this is the game’s main issue: there’s little incentive to keep playing or to replay. There are no characters to care about. There are no upgrades or new weapons to unlock as you progress. The only real incentive is a simple achievement system that ranks completed levels based on completion speed and number of aliens defeated.

Despite the lack of incentive to replay, there is a variety of environments. There are four themed planets to work through, each with five levels: Planet Vegetable, Planet Fish, Planet Zombie, and Planet Mohawk. Reflecting on these names makes me wonder about the game’s title; is it the Earth being invaded by Alien X or are we the ones invading these random planets? The game also sports a rocking soundtrack that’s mostly fine. It doesn’t vary much, but the up-tempo beats suit the mood of incoming waves of blocky aliens. 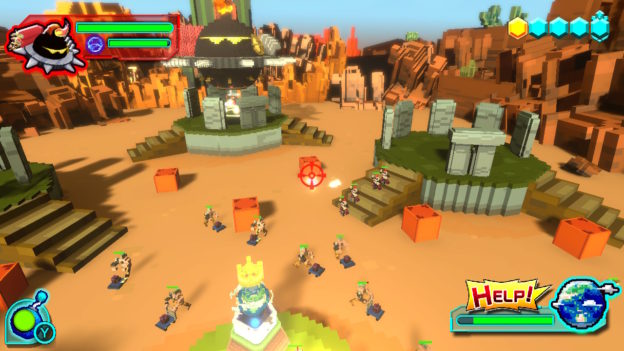 Overall, Invasion of Alien X – Earth in Crisis is just OK. It’s very simple and plays fine, but without any kind of upgrades, leaderboards, multiplayer or other incentives, there’s no real reason to play this for more than an hour or two.

Invasion of Alien X – Earth in Crisis is just OK. It’s very simple and plays fine, but without any kind of incentives, there’s no real reason to play this for more than an hour or two.