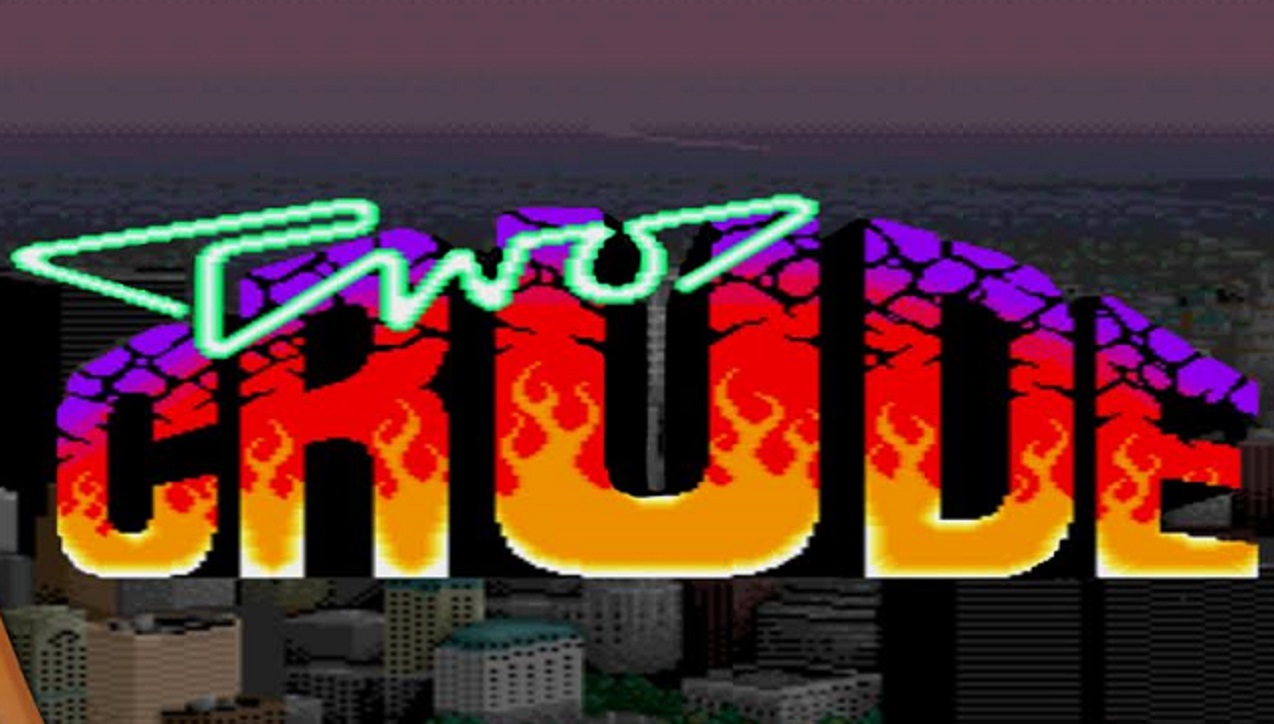 At the end of my review for Johnny Turbo’s Arcade: Bad Dudes I stated, “For FTE, bring on Two Crude Dudes next”. Flying Tiger Entertainment ended up doing just that, although they dropped Dudes (in-game only) to stay with the original arcade title. Now Two Crude isn’t a great game by any stretch, but it just makes sense that it’s now on the Nintendo Switch with its predecessor. It does improve on Bad Dudes in a few ways.

However, one area that is not an improvement is the story. Granted, how important is the plot in a brawler? Still, ninjas kidnapping the president leaves more of an impression than the aftermath of a nuclear explosion in New York.  My nitpicking now out of the way, let’s take a slightly deeper look into an admittedly shallow game.

The presentation here shows the three-year edge that this spiritual successor had. Bad Dudes wasn’t especially noteworthy graphics-wise, but Two Crude has some really vivid colors and detail. The accompanying booming arcade soundtrack was no doubt a real draw, luring gamers away from the food court – ah, the 90s arcade scene. These presentational perks are probably the highlights in a mostly fun but, honestly, pretty forgettable game.

Once again the choice of routes is here, but this time they’re often blocked by obstacles that will need to be destroyed. Another curveball comes when you’re latched onto by enemies, forcing you to jiggle the stick to break loose. Two Crude’s best gimmick is letting objects be picked up to handle as weapons or throw as projectiles. I found this was my go-to move (even when it didn’t make the most sense) and wouldn’t be surprised to learn that others play similarly.

At $7.99, Two Crude is skirting the line price-wise I feel. After all, the Johnny Turbo options are limited to screen styles. But if you’re already a fan and plan on enjoying this game in co-op, Two Crude is certainly fair for what’s here, dated though it is. Do check out the rest of the Johnny Turbo Arcade titles first, though, as the line has some better titles in the eShop.

Now Two Crude isn’t a great game by any stretch, but it just makes sense that it’s now on the Nintendo Switch with its predecessor. It does improve on Bad Dudes in a few ways.