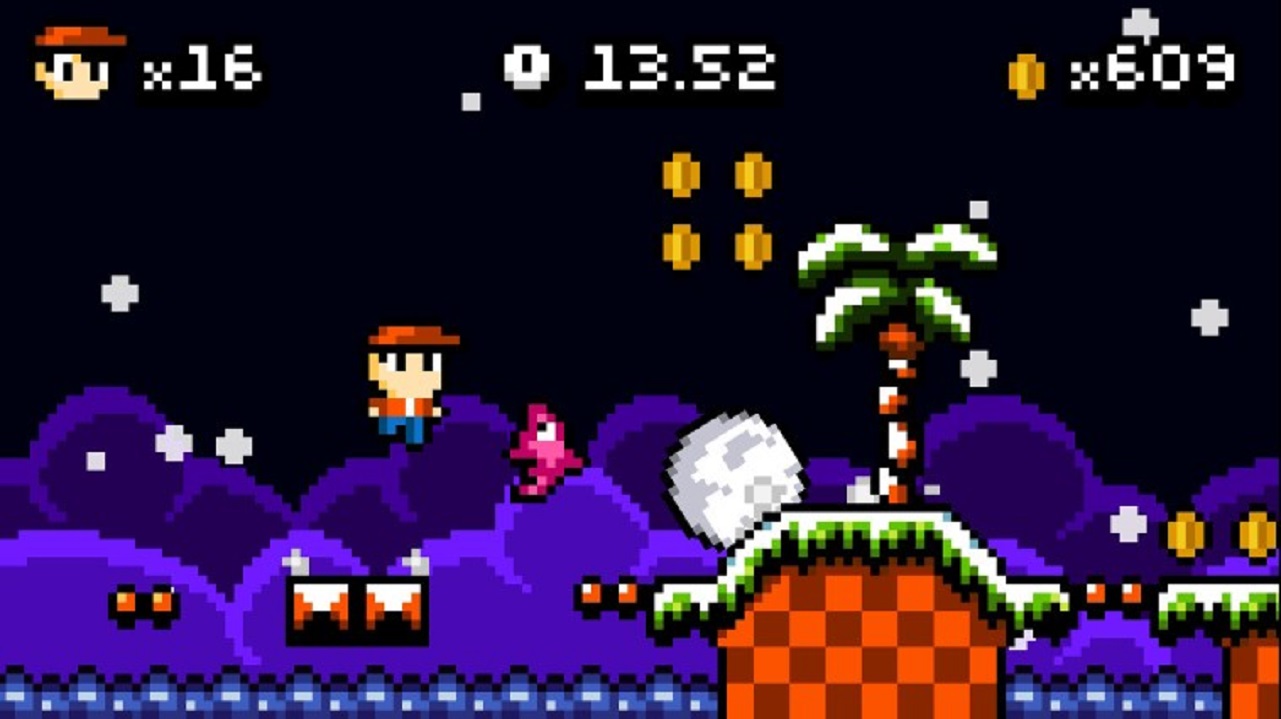 Remember when every game on the market was Dark Souls hard? Kid Tripp may just give you a little retro-gaming shell shock.

The Four Horses developed platformer looks and feels rather old school, even in an age when just about every indie title seems to be banking on nostalgia. Kid Tripp wastes no time getting to the meat of what the game lays out: insanely hard platforming. 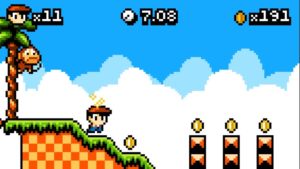 Our protagonist has crashed on an island packed with hostile animals. Armed with only rocks, Kid Tripp must run, jump and traverse through 20 levels of intense platforming. Intense isn’t an overstatement.

If you’ve ever played an Adventure Island title, Kid Tripp will feel familiar. Running happens automatically, and you must jump and throw stones at the right moment in order to advance over enemies, pitfalls, and other obstacles. 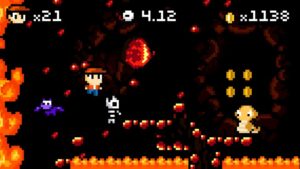 While I am admittedly not very good at challenging games (spoilers: I’ve never beaten an Adventure Island), Kid Tripp feels very much like a chore for a scrub like me. Many deaths seem rather “cheap,” and have the forced difficulty you typically only find in Kaizo hacks. Still, it should be noted there are massive swaths of people who enjoy having their butts kicked when they game. Difficulty hungry masochists will be all too pleased with Kid Tripp.Despite the overwhelming challenge laid out, Kid Tripp is not without polish. Everything looks and feels great, from the charming retro graphics to the chiptune soundtrack. You can appreciate the game’s beauty as it constantly owns you. 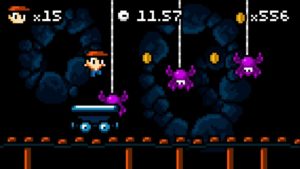 If Adventure Island was as hard as a Kaizo hack, it would feel much like Kid Tripp. If you’re squeamish when it comes to game difficulty, it’s hard to recommend this game. If you’re a glutton for punishment, you’ll feel right at home. To read our review of the 3DS version, click here.

If you’re squeamish when it comes to game difficulty, it’s hard to recommend this game. If you’re a glutton for punishment, you’ll feel right at home.