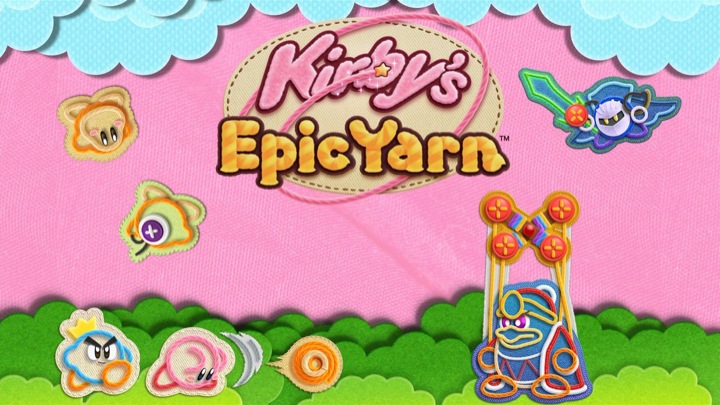 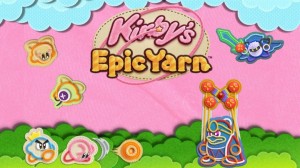 Kirby fans rejoice, the pink hero is back in action after a long hiatus on Nintendo home consoles. It was rumored for a long time that a Kirby game would be made on the Gamecube, but nothing ever happened on that front. Fast forward to E3 2010 when Nintendo makes a surprise announcement of Kirby’s Epic Yarn for the Nintendo Wii. I remember as soon as I saw the graphics, I was hooked. With such a unique visual style, it was instantly one of our favorites at E3.

Kirby’s Epic Yarn begins with Kirby strolling through Dream Land when we spots his favorite food, a tomato. The tomato turned out to belong to Yin-Yarn the sorcerer and so he sent Kirby to a new world that was made entirely of cloth and yarn. Once he reached this strange and new world, a blue character who looked just like him came out and said he was Prince Fluff. He told Kirby the story of how he wanted to patch the pieces of Patch land back together and defeat the evil Yin-Yarn. Kirby wants to help and so begins Kirby’s new journey. 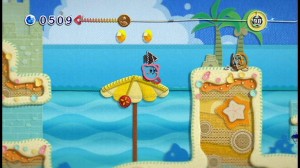 If you’ve played Kirby games before, you’ll immediately get your bearings and be jumping and moving around in no time. One core difference in this game is that Kirby can’t suck enemies in and take their powers. Instead he uses his body (and a yarn whip), being made of yarn, to transform into various things such as a fish for swimming, a car for moving quickly, and a parachute for floating. It’s all very imaginative and the levels are evidence of that fact. In some levels you might have to use your yarn whip to latch onto a zipper to unlock a hidden area. Since the levels are all made of cloth and yarn, you can manipulate many of the background settings to help you along the way.

The graphics in Kirby’s Epic Yarn are simply fantastic. No other game has this unique style and personality. The very fact that everything is made of yarn makes for all sorts of new platforming elements and gameplay innovations. The fact that you can bring a second person along for the adventure is just icing on the cake. By connecting a second Wii remote, you can play through the entire adventure with a friend. This helps in a number of areas where you can pick up the second player and throw them to higher platforms or even use them as a projectile against an enemy. The game is a ton of fun and even more so when you have a friend to play along with you. 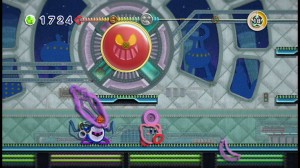 Overall, I can’t say enough about the style of Kirby’s Epic Yarn. It’s simply an incredible take on the series and a fun game to play through. My only gripe with the game is that they tell the story like a 5 year old was playing the game. Not necessarily a bad thing, but they really didn’t need to dumb it down to that level. All in all though, an amazing game and one of the must-haves on the Wii.