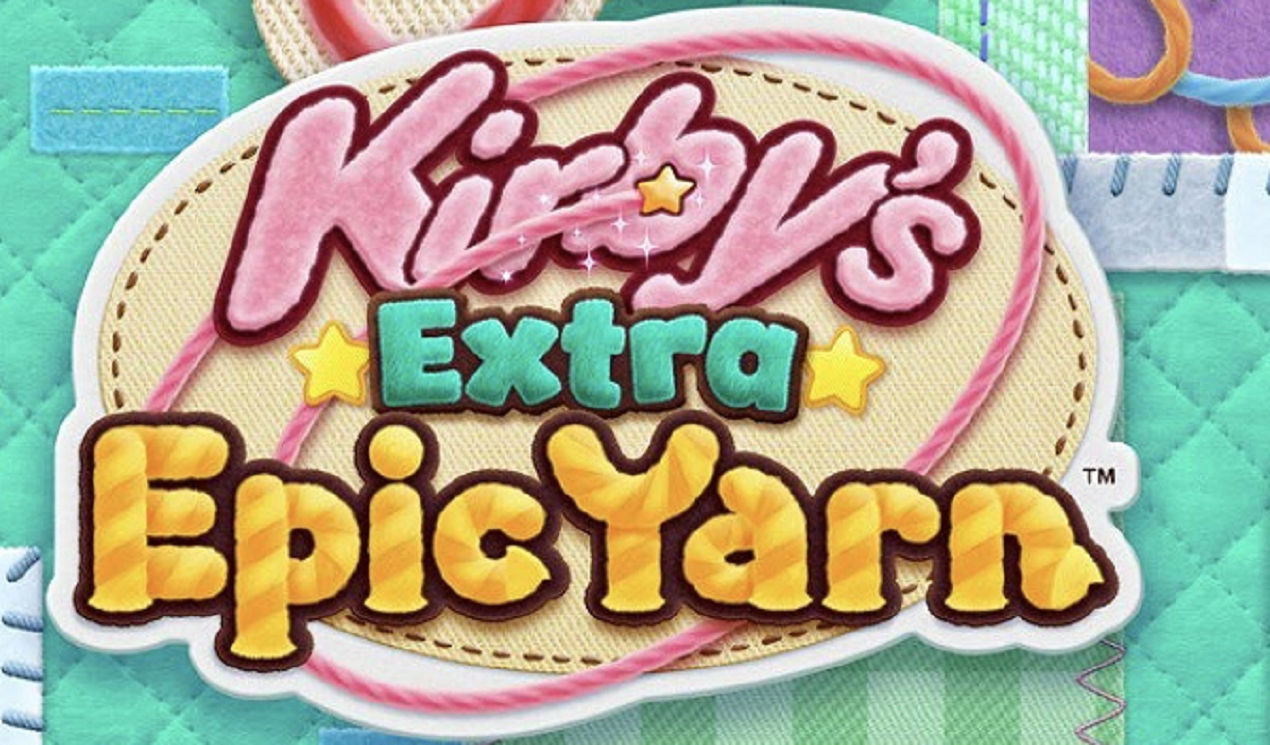 Kirby’s Extra Epic Yarn lands on the Nintendo 3DS with some neat additions that the Wii original lacked. Before you get overly excited though, know that these extras come at the expense of the enjoyable two-player cooperative gameplay. Coupled with the absence of stereoscopic 3D, this feels like a scrimped port in some ways. But Kirby is Kirby, and even a lesser entry from the pink puffball is still sure to entertain. 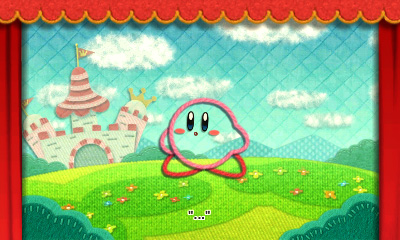 I should start by saying that the original Epic Yarn, which I first played a few years ago via the Wii U’s Virtual Console, has never been among my top Kirby games. It was good, but not great. So I feel similarly revisiting it on 3DS. That said, the 3DS extras do make an already good game even better in certain respects.

Ravel abilities make this game feel less like Kirby’s copyless Game Boy debut and more like the Kirby games we’ve become accustomed to over the years. There are some definite similarities to copying, as different hats let Kirby wield a sword, spin like a tornado, and more fun tricks. Ravel abilities bring that proper Kirby feel. If you have amiibo, you’ll always have access to some of these if desired. 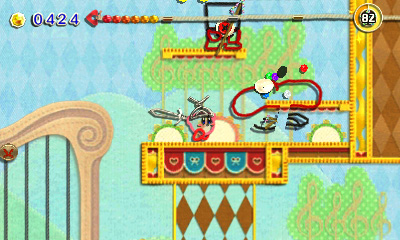 These do make the game easier, however. More often than not that was a complaint I read about the original Epic Yarn. However, it’s not a complaint I share. Besides the fact that Kirby games aren’t known for difficulty, the real challenge comes from being a completionist! Ravel abilities are easily skipped, so if you criticize them your really just criticizing your own style of play. 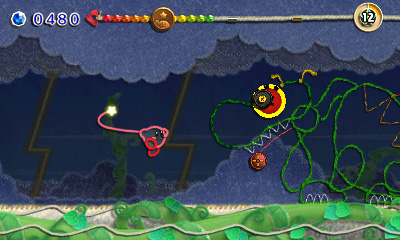 Not to mention the devilish mode, which introduces harder action. Being chased throughout the level (think Phanto from Super Mario 2) does make it worth replaying each level of this adventure, which I’m doing. Plus it brings you even more unlockables.

Also unique to this port are two new minigames. Dedede Gogogo finds the King in a runner, while Slash & Bead has you fighting off enemies and collecting beads as MetaKnight. Neither have much depth, but I’m glad Nintendo included these as bonuses rather than standalone eShop games. Trying to improve your high score is fun for a little bit.

Kirby’s house decorations, which include even more to unlock, can now be shared via StreetPass. Of course, over 3 million 3DS owners have played Happy Home Designer, which highlights just how limited this Kirby’s feature has become. And StreetPass is much more sparse than it was a couple of years ago. I’m not sure how much this new perk is a selling point, but it’s something. 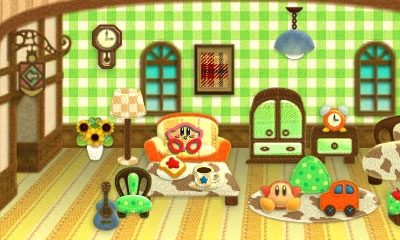 You might be wondering how the 3DS visuals fare. Now the graphical presentation that was first introduced in Epic Yarn has since been bettered by Yoshi’s Woolly World, also by Good-Feel. Thankfully, as this is a Wii port, 240p compared to 480p isn’t as drastic when compared to 1080. Resolution hit aside, the game still captivates and actually impresses in ways thanks to the colorful look that Kirby games (sans the original GB entries) are known for. The accompanying music is diverse and high quality. Any game where I find myself listening to the soundtrack after the fact is doing something right. You can collect individual tunes in-game, and you’ll definitely want to aim for 100% – I’m currently at 71%.

Kirby’s Extra Epic Yarn is good. Transforming from a single thread to squeeze into tight spaces, to a sleigh speeding over the snow, to a dolphin navigating underwater… these are all still fun. As is playing hide and seek, and other features beyond the main adventure. That said, other Kirby games have even more polish while feeling closer to the Kirby we’ve grown to love. The 3D is greatly missed, and the lack of multiplayer is a sizable omission that hurts. Patch Land and Dream Land deserve to have two players (Kirby and Prince Fluff) to save the day from Yin-Yarn. 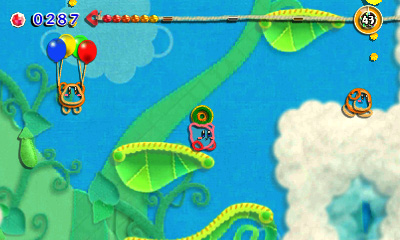 If you played the original game on the Wii, you’ll have to ask yourself how much the new extras, admirable though they are, trump the missing multiplayer. However, for those yet to experience it, it’s certainly worth picking up Kirby’s Extra Epic Yarn on 3DS. It’s a high-quality package with charming aesthetics and a good amount of content for the price that should keep you playing.

If you played the original game on the Wii, you’ll have to ask yourself how much the new extras, admirable though they are, trump the missing multiplayer. However, for those yet to experience it, it’s certainly worth picking up Kirby’s Extra Epic Yarn on 3DS. It’s a high-quality package with charming aesthetics and a good amount of content for the price that should keep you playing.