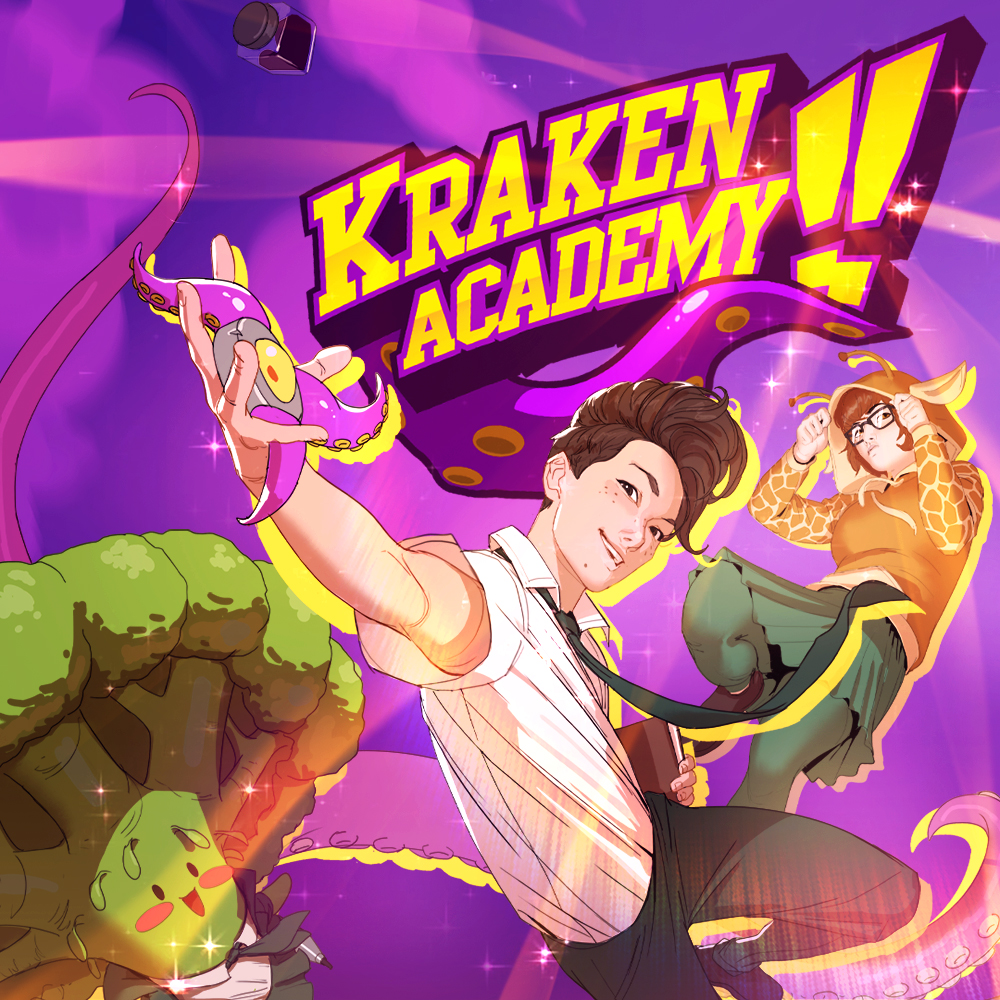 By Roger Reichardt  •  3 weeks ago

With a name like Kraken Academy!! you never know what experience you might expect. I’ll admit, I entered the game with some trepidation. But those fears quickly dissolved as the game’s charm hooked me. So if you enjoy a well-written adventure game with quirky characters and reminisce of the early ‘90s, then Kraken Academy!! is for you. 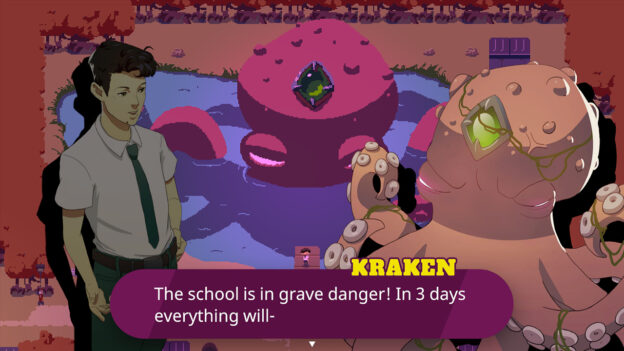 The story revolves around a unique high school where you play as a first-year student. The school is divided into four clubs: music, art, sports, and drama. Each club has its own “mascot,” which feels like Hogwarts. Whether intentional or not, there are a few references to pop culture. As the story unfolds, you learn that disaster will engulf the school, and it’s up to you to save the day. The Kraken (the school’s patron) chooses you to be his disciple and set straight what has been wronged. 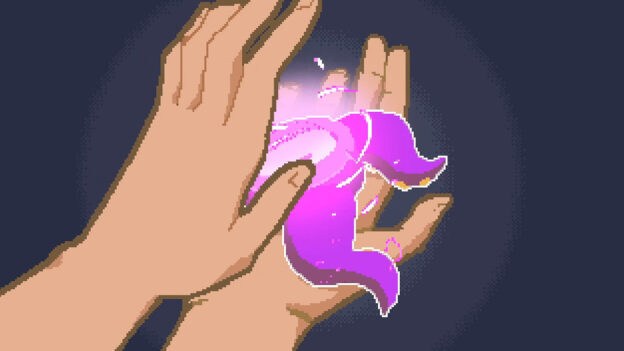 To save the school, you need to free the different mascots. To unlock the mascots, you need to understand what ails each student, in whom the mascots’ spirits are trapped, and solve their problems. Much of the game is receiving quests, gathering materials to complete quests, and solving puzzles.

One of the unique aspects is that time affects the gameplay. For instance, you might need to attend an event to get the items you need to complete a quest, but that event is only available at a particular time. And if that’s not enough, time travel is also an essential part of the game. There may be puzzles that you can’t solve until you go back in time and unlock a section of the school that wasn’t available to you until you received a crucial item. For example, one character wants to have a picnic but can’t until they have a particular item. You can only retrieve that item after you unlock the art club section of the school. Time travel is also a valuable tool if you find that you messed up a puzzle and you need to go back to start it over. One nice aspect is that you can keep all the items you collected during your play, so you don’t need to collect quest items again. 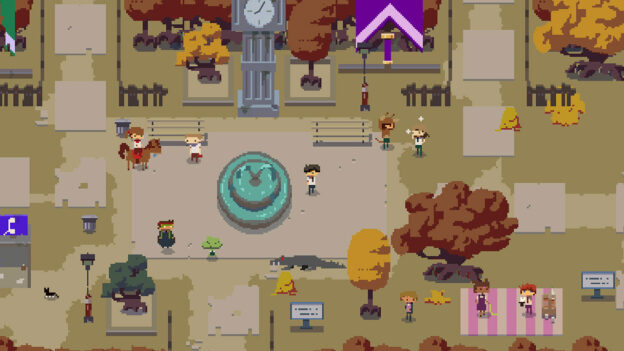 The story is separated into four segments, one for each mascot. Each section is played over three days, with plenty of optional side quests, and the optional side stories will open in-game achievements. These are probably more impactful on gaming platforms with an achievement tracking system, but the quests are still fun. Once you free a mascot, you’ll be sent back to Monday morning, where the story started. 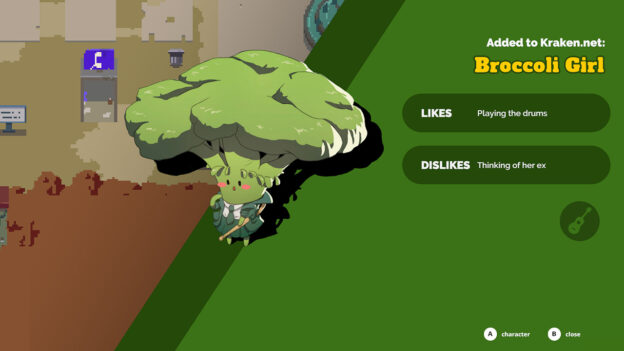 The game certainly has a lot of anime influence, as made evident by the eccentric cast. As you continue with the adventure, you’ll meet new characters to complete your Kraken-Net, the “social media” app. Plenty of thought went into each character, and their charm is one of the best parts of the game. I found myself caring about Brocolli Girl, Simona, and the other classmates. The game isn’t entirely voice acted, but it’s well done when it is. The music is also beautifully done and helps set the tone.

Besides the puzzles and item gathering, quick-time events are an essential feature in the game. For instance, proving you can play in the music club’s rock band will require you to complete a quick-time event. Sometimes, you’ll get a better outcome if you do well, while at other times the result doesn’t impact how well you do. However, if you find them too tricky, the game does allow for a simplified version of the events. There is also in-game currency based on collecting as many plastic bottles as possible. You collect bottles by smashing trash containers throughout the school grounds. 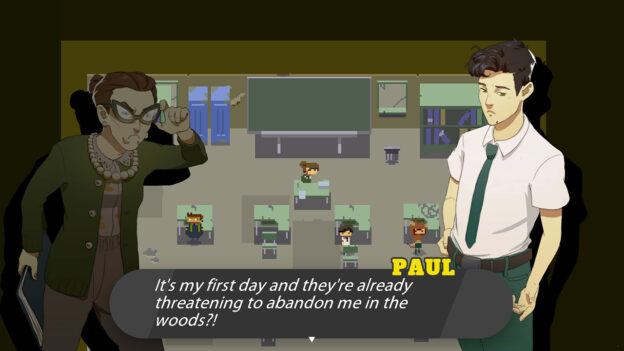 My primary critique of the game is that it is too linear. You can’t unlock the mascots in any order and you’re railroaded down the story’s path. It’s interesting that a game with time travel is so straightforward in its delivery. Maybe that’s the only way they could have allowed for time travel and be able to tell the story.

Kraken Academy!! is a well-crafted adventure story. With endearing characters, intriguing time-travel mechanics, and a retro-style look, Kraken Academy!! will undoubtedly appeal to those looking for a game reminiscent of the adventure games of the ‘90s.