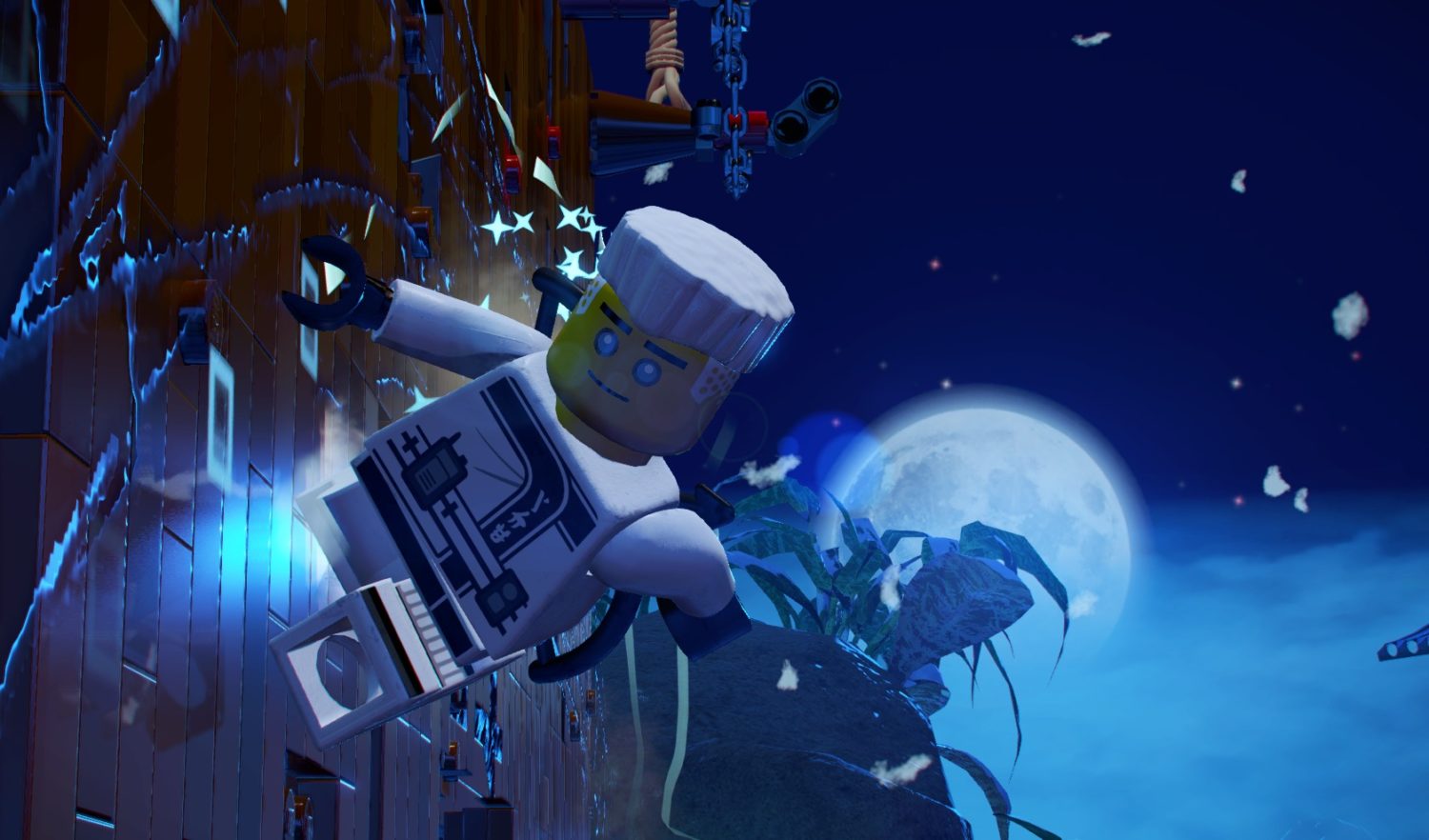 I don’t know much about the NINJAGO animated series or even the LEGO sets, but I think most people can find some good entertainment here. Sure, fans of the series will find more fun in the characters but, like other LEGO games, the humor is pretty universal and appeals to a wide audience. Katelyn and I played quite a bit of 2-player co-op and the game had us laughing numerous times throughout. The voice-acting can be crude at times, but it’s very entertaining overall. There are several cutscenes that are rendered using the game’s engine and others that are pre-rendered in the same style as the actual LEGO movies. This gives a nice polish to the game as the animation in the pre-rendered scenes is fantastic. These high resolution cutscenes do come at a cost: the load times are very poor. If you’ve played LEGO City Undercover, you’ll know what I’m talking about. I think even in this case, they are still longer than those horrendous load times. I’m not sure exactly what makes LEGO games exhibit these loading issues, but I’ve observed them in several LEGO titles over the years. 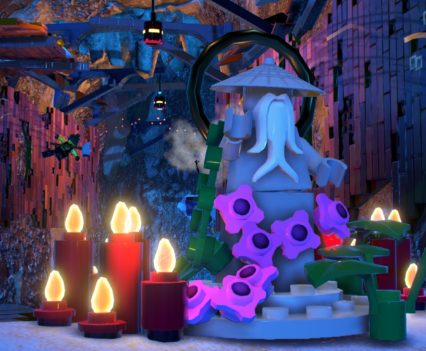 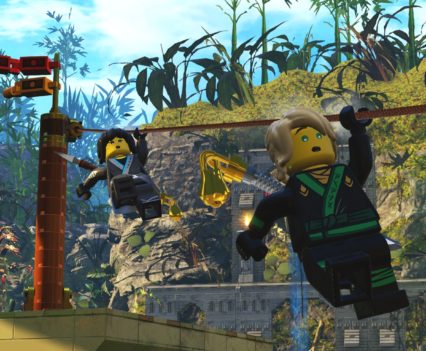 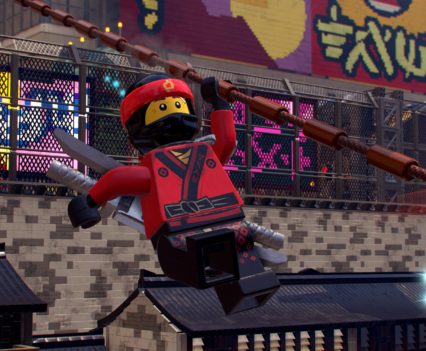 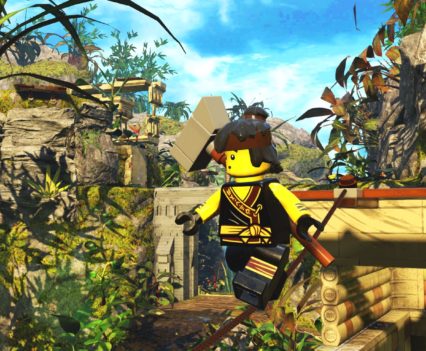 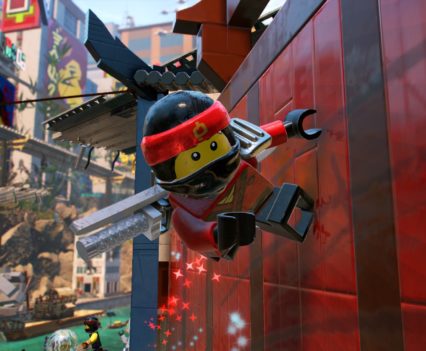 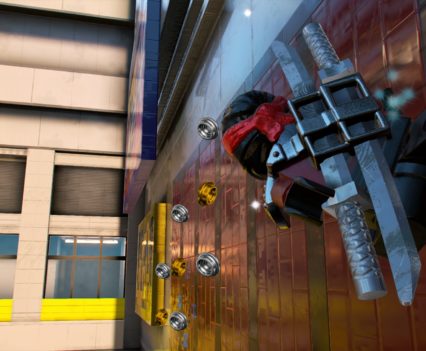 Moving on to the gameplay, NINJAGO features some really fun combat. I would say it’s the most fun I’ve had playing a LEGO game in a long time. The first area in the game trains players in the various moves. Most of the moves are executed with a single button press, but there are some more advanced combos and sequences as well. There are also combo multipliers—the combat feels a lot like the Batman Arkham trilogy. Building has also seen some improvements. There are now ‘multi-builds’ where players can choose what to build instead of having one preset item.  Players just hold the main action button as usual, but now they can hold the left joystick in the left or right position. Holding left will create one build, while holding right will create another. You can choose either route, but in some cases, you’ll need to do both. You’ll build the one object, then break apart the pieces, and build the other. Players will also have to use specific characters to interact with various objects in the game—which is basically a core element in LEGO games. An icon will be presented on the ground that shows which character needs to perform a given task. The core elements of the gameplay and combat are pretty solid, but I had two main gripes.  The first was the frame rate, which really takes a hit when playing 2-player co-op. I’ve experienced the same slowdowns on the LEGO Movie Videogame for the Wii U as well. I’m not sure if it’s in all LEGO video games or just the ports for Nintendo systems.

In any case, the slowdowns are very noticeable and it definitely detracts from the game—especially since the 2-player co-op is one of the main draws to purchasing. Second, the way the game jumps around so much from gameplay to cutscene, to getting a new Ninjanuity token, and then back to gameplay is particularly jarring. It felt like you would play a 30 second battle, then it would very quickly load a cutscene. The game feels like an on-rails experience but with way too much going on. The sound effects and character dialogue would also get cut-off at these odd cuts. Overall, the combat and the multi-builds are the key standouts on the gameplay side of things.

Now the visuals in the game aren’t quite as strong as the combat, but I would say they are still up there in terms of quality. The reflections off of the LEGO pieces and number of effects is pretty impressive. I haven’t seen a LEGO game look quite as good as this one. That said, the frame rate really undermines the overall presentation of the game. There were also a few graphical glitches on the loading screens—flashes of white or things popping in and out in the distance.

The LEGO NINJAGO Movie Videogame is really a mixed bag at the end of the day. It has some beautiful cutscenes, funny dialogue, and an engaging combat system, but almost everything else is just OK. I’m glad the game has 2-player co-op, but the frame rate really drags my enjoyment down. If you’re looking for a decent LEGO game with some engaging combat, LEGO NINJAGO may be up your alley.

The LEGO NINJAGO Movie Videogame is really a mixed bag at the end of the day. It has some beautiful cutscenes, funny dialogue, and an engaging combat system, but almost everything else is just OK. I’m glad the game has 2-player co-op, but the frame rate really drags my enjoyment down. If you’re looking for a decent LEGO game with some engaging combat, LEGO NINJAGO may be up your alley.