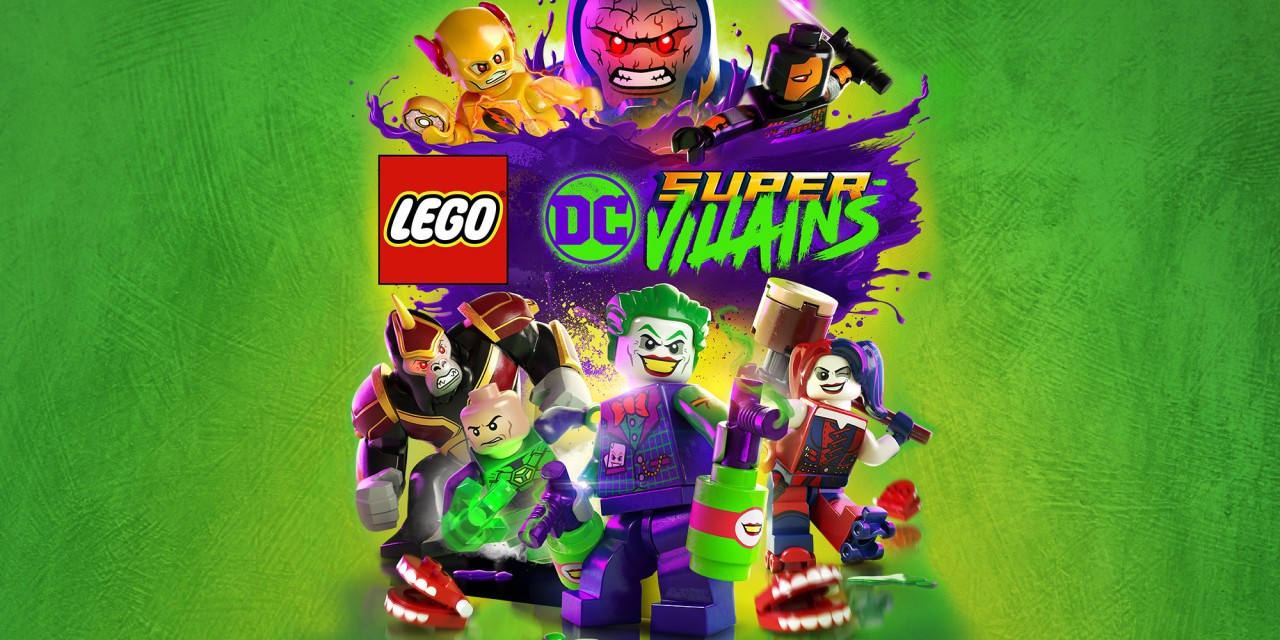 All the boxes are checked off, as it were, with LEGO DC Super-Villains on the Nintendo Switch. This adventure offers satisfying gameplay for collectathon fans, while the ability to “…create and play as an all-new super-villain…” will appeal to creative types. Taking popular source material like DC’s rich line of baddies and mixing it with familiar gameplay produces solid results.

If you’re reading this review, there’s a good chance you know how these LEGO games have worked for over 10 years. Even if you’re only recently acquainted with these titles, the Switch has plenty of licensed properties already like The LEGO NINJAGO Movie Video Game, and LEGO Marvel Super Heroes 2. So I’m not so much going to delve into the gameplay per se, but more focus on what makes this entry unique.

Certainly, the story drives the main game. These DC villains are no fans of the Justice League, but when they discover the reality of the fill-in Justice Syndicate, it becomes a “the enemy of my enemy is my friend” scenario. I found the story fairly easy to follow, and I appreciate the funny moments, as always. Humor is a key element here.

Think more comical mischief than actual villainy with these baddies, as LEGO DC Super-Villains is rated E 10+. You’ll be destroying more of your surroundings than you will people. Cruising, jogging, or flying about is honestly more fun than the combat, especially in free-play. Exploring the open world, and discovering unlockables makes for a very good time. From Metropolis to Smallville, to Gotham City and its various sites (Ace Chemicals, Amusement Mile, Wayne Manor, etc.) there’s plenty to discover.

This entry is ahead of the last LEGO game I reviewed, Marvel Super Heroes 2. It feels more open, with better areas to explore. While some repetition isn’t uncommon with LEGO games, there seems to be less here. Better pacing also leads to more fun. Besides these, it has an intangible quality that made me really want to see the end credits roll. With so many games releasing each week on the Switch, this is a key selling point. After all, once the initial excitement of a new game wears off, how easy is to get distracted by something else? That’s much less of a factor here… except for one thing.

Glitches are back, unsurprisingly. While I noticed less than some other LEGO games, what bugs remain in LEGO DC Super-Villains are quite annoying. These are ultimately what hold these LEGO games back from very good to great territory. There are just too many glitches.

Another issue is longer load times, although you can rotate and zoom the map during these loading screens which is something. The expense of the Deluxe Edition might confuse some, but the season pass gives you access to new characters, levels, a minifigure, and a coupon for a free Aquaman ticket. I should add that the game is effective in stimulating interest for the next DC theatrical releases, Aquaman and Shazam!

While the LEGO formula is familiar, it’s still proven entertainment. Add in accomplished voice acting like Mark Hammil as the Joker, and the enjoyment level increases. LEGO DC Super-Villains is rather buggy, but it’ll keep you playing, and fans should have it high on their wish list.

LEGO DC Super-Villains is rather buggy, but it’ll keep you playing, and fans should have it high on their wish list.