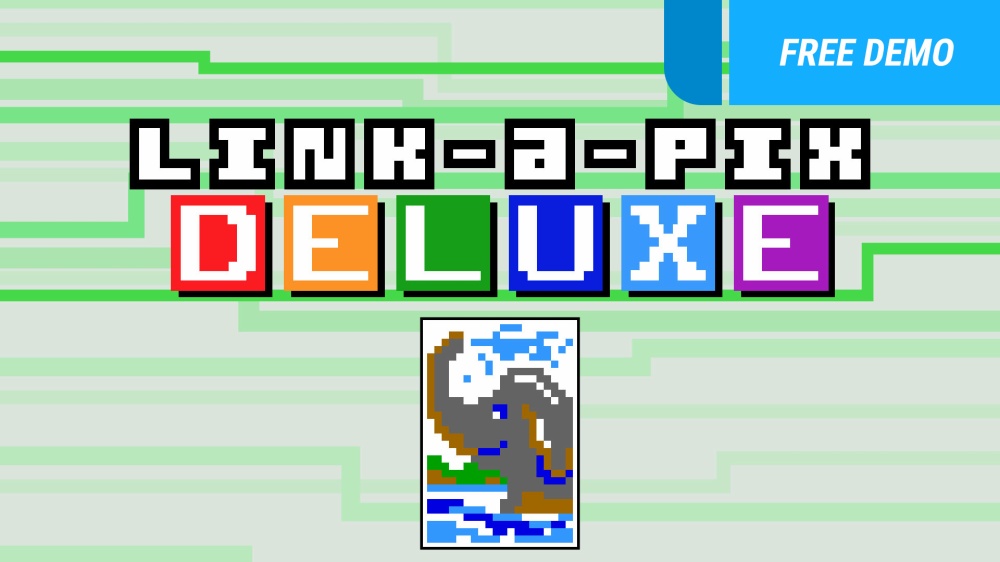 Link-a-Pix Deluxe is a puzzle game from Lightwood Studios. The “Deluxe” part of any Switch title usually indicates a previous edition on another system, and Link-a-Pix is no different, having originally appeared on the Nintendo 3DS. Thankfully, with its unique blend of soothing puzzles and optional touch-screen controls, it feels just at home on the Nintendo Switch.

The simple premise of this puzzler involves connecting colored numbers with a similarly colored line. The length is determined by the paired numbers – two 2s would be connected by a line two squares long. Two 3s need a three-square-long line, and so on. As the lines are drawn, a pixel graphic is revealed. It’s reminiscent of Picross with a little extra logic thrown in. 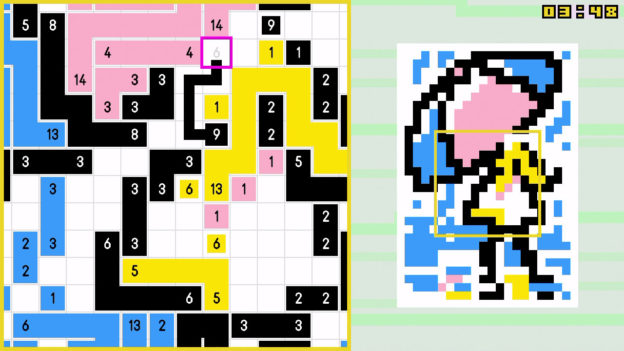 Link-a-Pix contains 120 puzzles in the main game with 128 extras thrown in. More are available for purchase, too. Puzzles start out with grids of 10×15 squares, gradually increasing to a whopping 100×65. The larger the area, the more difficult it is to solve, since the numbers can be much higher; two sets of 20 are tricky to connect. Thankfully, you can make mistakes as you go along, rerouting your lines as many times as you like, correcting your path as it snakes through other numbers and lines. You can also ask the game to fix errors via the pause menu if you’re truly stuck.

This makes Link-a-Pix Deluxe quite a relaxing game. I also love that you can attempt puzzles in any order, adding to that accessible, casual feel. You can save your progress too, coming back to a challenging puzzle later. There’s an optional tutorial from the menu screen and, if you’re new to this genre, it’s definitely worth checking out. 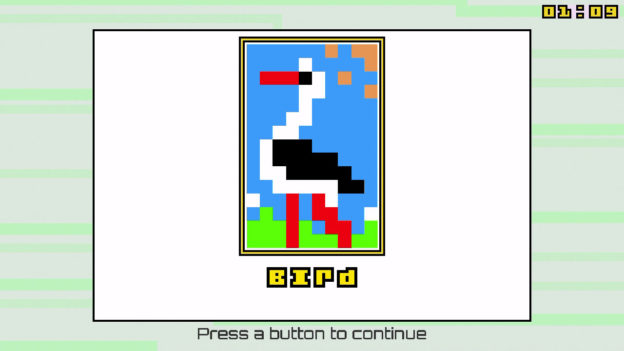 Puzzles are timed, recording your fastest score. This provides some replayability since you could go back and try to complete it more quickly. I don’t see any reason to, though; you receive a blue-ribbon medal upon completion, but this doesn’t appear to change based on time. Maybe the addition of a gold, silver, and bronze-level completion could have added more replay incentive?

The audio is made up of a simple, chiptune soundtrack. The crisp, bright tune might be repetitive, but it’s inoffensive enough to keep you smiling as it fades into the background while you play. 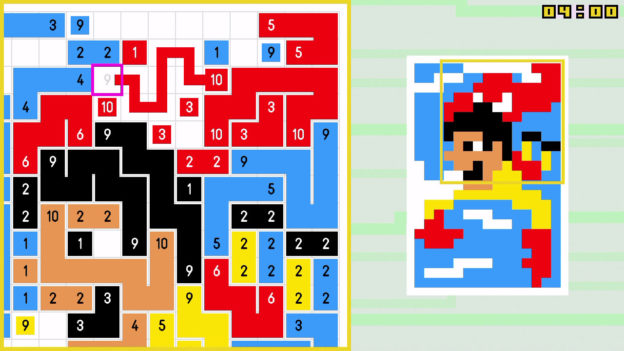 This isn’t the first game of this genre I’ve reviewed on the Nintendo Switch. If you’ve played Piczle Lines DX, you’ll know exactly what you’re in for with Link-a-Pix Deluxe. The puzzles in Link-a-Pix Deluxe are equally good in terms of gameplay and enjoyment. There are fewer of them, with 248 compared to 500, but it’s also half the price. And Link-a-Pix does provide paid DLC, with 180 extras across three sets at about $3 per set. I would prefer to see all puzzles included, given the game’s “deluxe” status, but despite the slightly lower value for money, if you enjoyed Piczle Lines, you’ll find just as much entertainment here.

Overall, Link-a-Pix Deluxe is a fun game that will keep fans of number puzzles busy for many hours. It delivers on its simple promise of a head-scratcher that’s also on the relaxing side. It may be short on features, but if you’re after a game that you can return to when you need a break, this could fill that gap.

Link-a-Pix Deluxe is a fun and relaxing puzzler that uses number logic to uncover hidden pictures. There’s plenty on offer here, with more available as DLC. As a “deluxe” title, is a shame it wasn’t all bundled together.