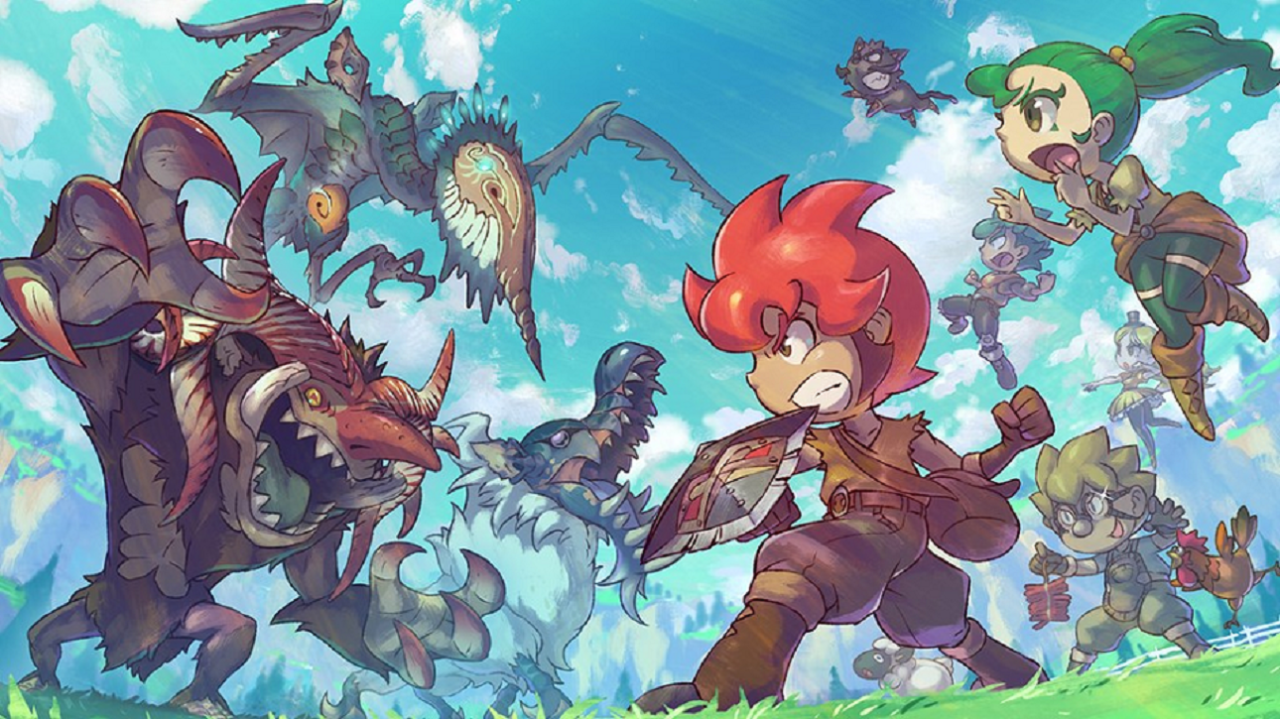 I don’t want to set up false expectations, so I’ll cut right to the chase and say that I feel Little Town Hero is a second-rate RPG. The music saves it somewhat, as does seeing the potential buried beneath some bizarre design choices. But this game clearly would have benefited from some more polish time.

I want to note that this review also incorporates feedback from a few other Pure Nintendo staffers and contributors. Little Town Hero was, on the whole, ultimately unable to impress any of us. Yet it has connected with some others. The most cursory glance on my Twitter feed shows highly mixed love/hate opinions. Put us in the latter camp.

What’s interesting is that even those who love the game acknowledge how tedious it can play. Truth be told, to call it tedious might be an understatement. What makes this reality especially unfortunate is that Game Freak has been advertising Little Town Hero as being “designed with the busy gamer in mind”. The finished product is in unmistakable conflict with that messaging. I partly blame myself for my expectations; the early footage gave me real pause, but I just chalked it up to weak marketing.

I’m not going to waste my limited word count by getting into the battle system in depth – the in-game tutorials can barely do that – though I’m grateful the tutorials can be replayed. But the setup of the protagonist, Axe, using a small number of ideas (for Attack, Defense, or Specials) to fight monsters, even though it clicks better with Joy-Cons in-hand, results in battles that can go for dozens of turns! Seriously, spending upwards of an hour slowly wearing down a single enemy’s defenses with your limited arsenal to knock out their three hearts doesn’t exactly scream “with the busy gamer in mind.” Is it challenging? Absolutely! Does it have the depth it thinks it does? After experiencing it for nearly ten hours, I have real doubts. Is it fun? For myself, and my PN colleagues, the answer is no.

Worse, the fighting isn’t even that rewarding. Granted, moving around town in a board game fashion, using the environment to your advantage, and getting support from teaming with other townsfolk is quite promising. But, far too often, success comes down to the “luck of the roll” dictating where you land. It’s such an odd, random implementation that comes off feeling half-baked. I wish more focus was given to this aspect than the convoluted idea battles.

Not to mention how repetitive everything is. I feel like this is a point that I really must emphasize. After fighting Axe’s frenemy, Matcok, for the sixth or seventh time, I stopped to ask myself what was happening. While upgrading ideas (via “Eureka” points) is a necessity, most likely this was done as padding, as the developers put so much focus on having a unique battle system that they didn’t know how to flesh out Little Town Hero.

It’s not just the battles that could’ve used augmenting, either. So many of the town’s characters have identical models. We expected better from Game Freak. No wonder Axe desires to get out of this village and see the outside world! Will he? You’ll need to be a long-suffering gamer to find out.

Although the board game setup is genuinely intriguing, and one I’d like to see more of, it’s secondary to the fighting. Even though the soundtrack (Toby Fox – Undertale) is great, relaxing tunes don’t work quite as well when the game already is lulling me to sleep. While the visuals have charm, the animations, camera, and framerate (especially in handheld mode) only make the game feel even slower, as does occasional freezing. For everything this game does well, it’s frustrating to realize it does even more poorly.

As a player, I feel so disconnected from the world of Little Town Hero. This is not a game that respects the player’s time. In an effort to eliminate level grind, all Game Freak has really done is changed its face – the end result doesn’t differ much in terms of time-consumption. Arguably this new battle system feels even more repetitive than the one it’s trying to replace.

I patiently progressed through this game so I could write a fair review, but it does little to make me want to revisit. It’ll test your stick-to-itiveness to finish it. Despite admirable claims to be “designed with the busy gamer in mind” the unfortunate irony is that Little Town Hero’s battles are so tediously time-consuming. Combined with their especially repetitive nature, and tendency to rely on “luck”, this RPG is a snooze fest. I mean that literally – I almost dozed off I was so bored. I’m going to dig out my GBA, boot up Drill Dozer, and remember better days.

Despite admirable claims to be “designed with the busy gamer in mind” the unfortunate irony is that Little Town Hero’s battles are so tediously time-consuming. Combined with their especially repetitive nature, and tendency to rely on “luck”, this RPG is a snooze fest. I mean that literally – I almost dozed off I was so bored.