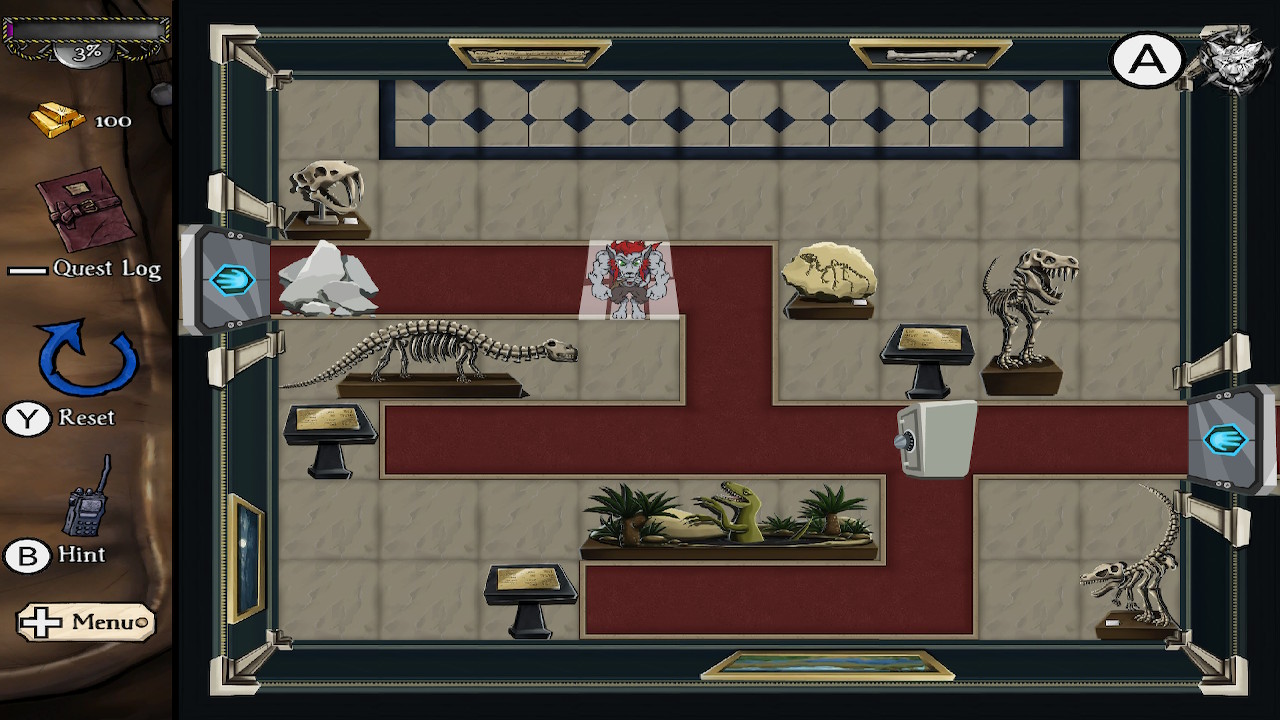 An out-of-work magician with a child and elderly mother to support turns to a life of crime! Blackmailed into also uncovering evidence of city-wide corruption, he breaks into a museum to steal a mystic amulet that fuses with his body, turning him into a werewolf.

I know what you’re thinking: “Again!?” 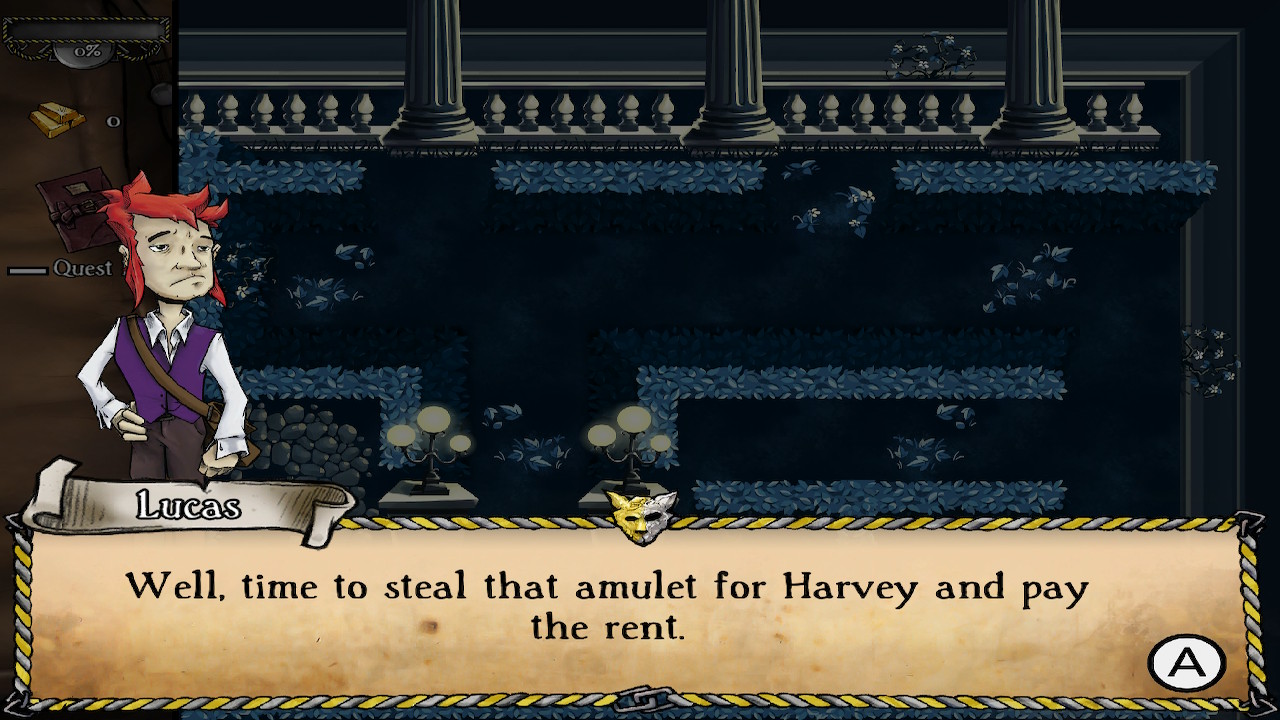 MacGuffin’s Curse is a maze/puzzle game where your objective is to move from room to room, overcoming obstacles by pushing/pulling, swimming, pushing buttons, and opening doors by moving batteries to the right spot

Lycanthropy is the main complication in the game, much as it is in everyday life. As a wolf, Lucas MacGuffin can push and pull boxes, batteries, and safes. However, his big, meaty paws can’t operate doors or switches, nor can he swim. You switch between forms by exposing yourself to spots of “moonlight,” which are specific illuminated areas within a room. 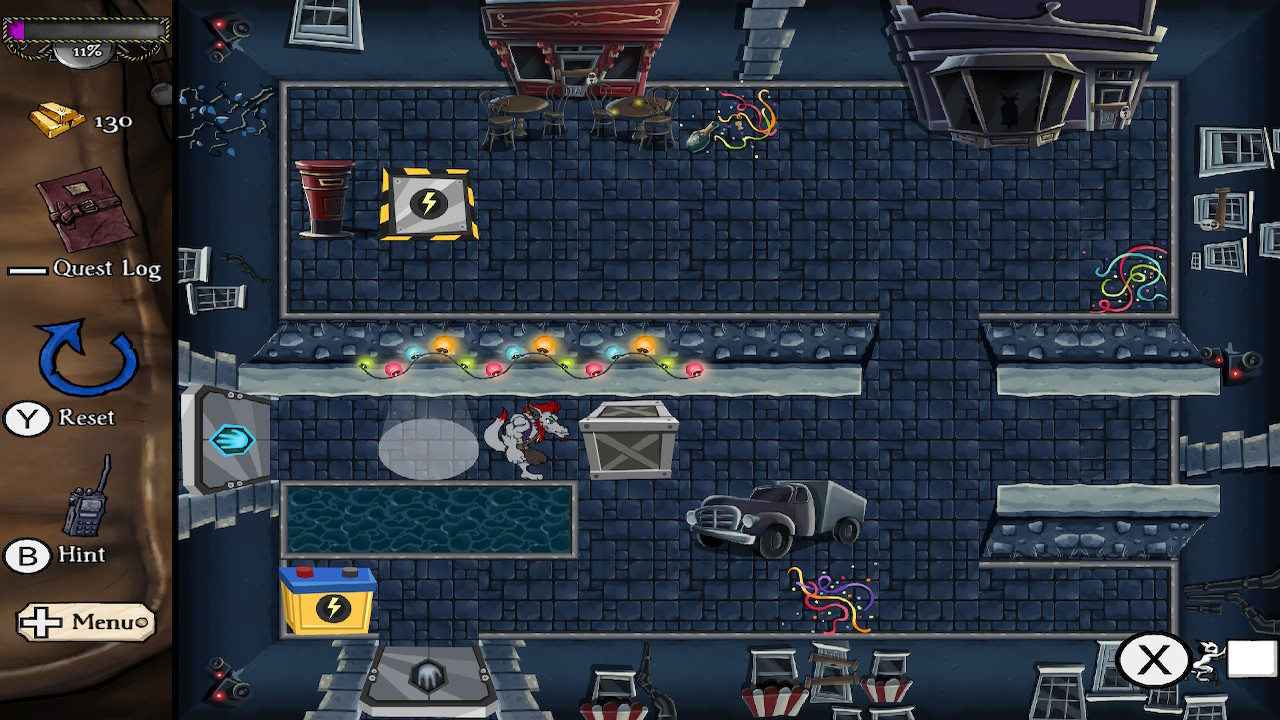 Once you make your way out of a room, you head on to the next, overcoming puzzles and robbing the place blind until you reach the final room where you find the evidence that a go-getting reporter is after.

Rounding out the main cast is the grizzled detective who is pretty sanguine about providing hints on demand to a werewolf. Other cast members include your waif of a daughter and antediluvian mother for whom you must steal to buy goods like… well, everything, because your home is so shabby that Charles Dickens would look at it and say, “Hmm, no, too much.” 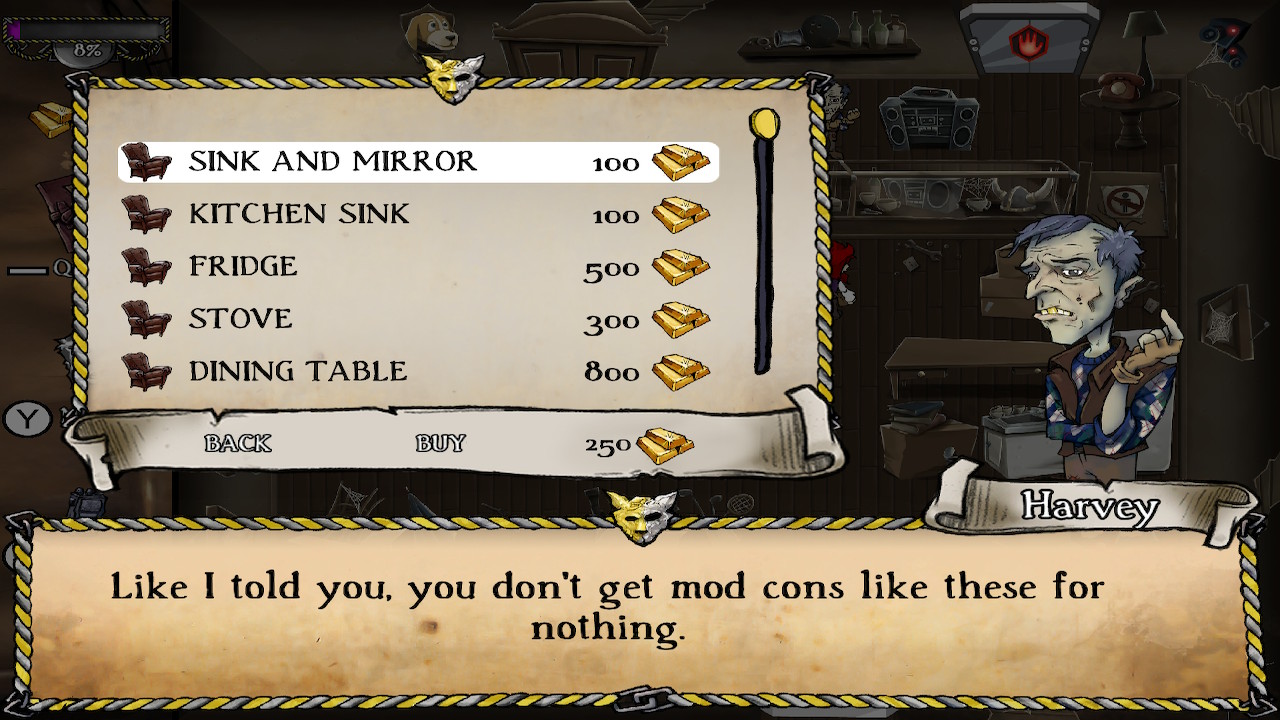 The game has an interesting visual style, sort of a cross between anime and graffiti of the late ’90s, with lots of shadows and cross-hatching with oversized heads

But the meat of the game is, of course, the puzzles. These are mostly forgiving: push a box into the wrong spot, and you can usually move it back—that is, until you run into silver boxes which can only be pushed, or when you shove a battery onto a bridge which disappears when you flip a switch. Then, a quick tap of the Y button resets the room quickly and easily. A little too easily, in fact, because I often found myself accidentally resetting a room I had almost solved by hitting Y instead of X. Frustrating, but once you have the solution to a room, you can get back there pretty quickly. 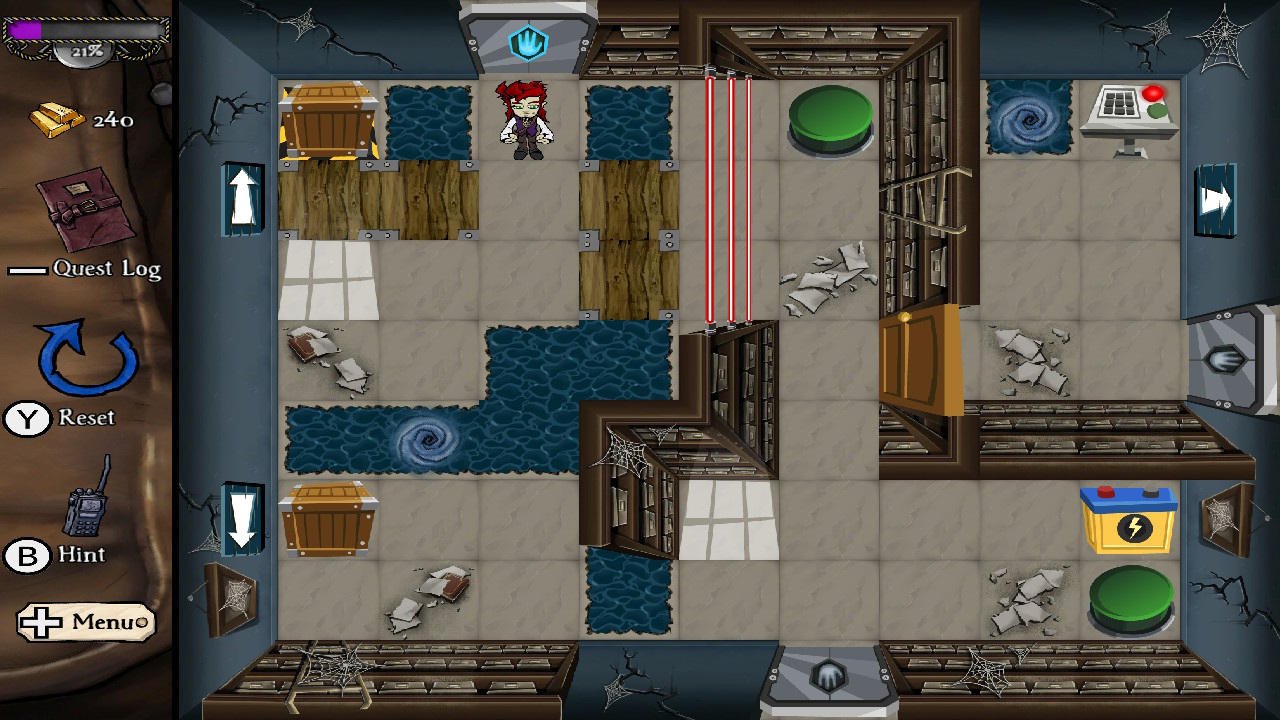 I’m a sucker for these kinds of games, and if MacGuffin’s curse has a problem, it’s that some of the adjustments can be too fiddly. For example, if there’s an immovable object that you have to get a box around, there are a lot of moments where you must move the box one tile around the obstacle, then walk around to the other side to pull it one time, then walk around it again to push it again. But that’s a minor quibble.

MacGuffin’s Curse is a solid entry into the maze/puzzle genre. It’s low-pressure, you can correct your mistakes quickly, and the writing has a cheesy comedic tone that’s very chill. And as an entry into the werewolf/jewel thief genre, it’s the frontrunner of the year.