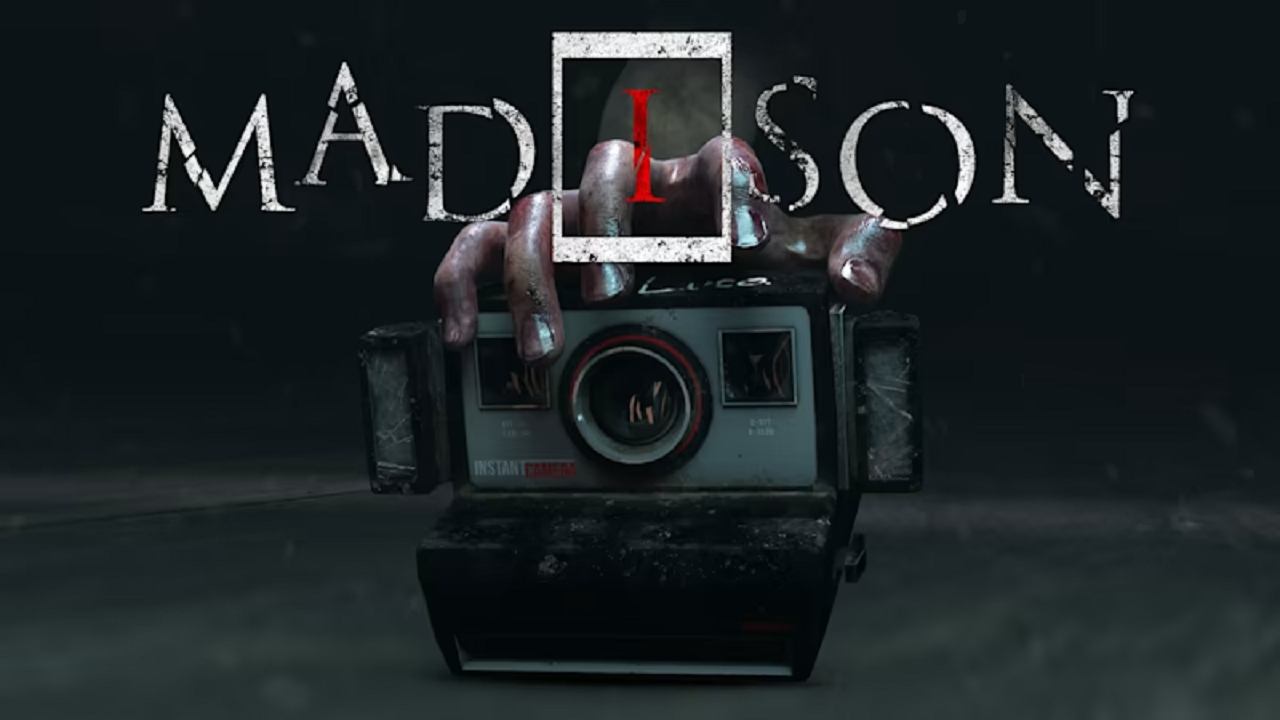 MADiSON is a first-person horror game full of jump scares. MADiSON reminded me a lot of ‘Outlast’ but had some interesting things that separated it, mostly that you are walking around in this thriller while holding a camera.

You play as Luka, awoken by horrific screams to find your hands are covered with blood. As the game goes on, you learn the truth about the atrocities you committed. When the game started, I expected a lot of combat and brutal fights with zombies, people, or both. What I got instead was a first-person mystery where you use your camera to guide you through the game, take pictures, recount events, and even brighten things up.

MADiSON is a good-looking game (albeit gory), and it did its best to illustrate it as much as possible. Within 30 seconds, you are shown multiple pictures of a severed arm, and there is blood spattered across almost every room you encounter. Each scene gets you in the mindset of this horror world. Unfortunately, there did seem to be some frame rate issues, but all in all, I could appreciate the creativity of the world that was designed.

Outside of the world design, what stands out in this game are the jump scares. You’ll be searching in some random crevice one second, and then someone pops out. It made me jump more than once; playing this game at night also helped. It sets a good tone, just like any horror movie mixing in the scares at the right time without overdoing it to lessen its impact.

I have a few knocks on the game, and one could be blamed on my 34-year-old eyes, but it was that the game was entirely too dark. I played on the handheld as well as on my TV and had to make the screen as bright as possible. There were still scenes where I couldn’t make out what was going on. On top of that, the game’s design caused me to backtrack a ton. This happens in mystery games, which I can accept, but coupled with not being able to see caused frustration. It delayed a lot of my progress by having to double-check all of my moves and search every area of every room.

All things considered, this is a fun game if you enjoy the horror genre. The jump scares and graphics will appeal to anyone who is a fan of those types of games and movies. The incorporation of the camera was an interesting dynamic, separating it from other titles like “Layers of Fear” or “Outlast”. The issue with the brightness did muddy my enjoyment and took me out of the feeling I’d get whenever I’d progress. All in all, I had fun with this niche game made for people who like mysteries, thrillers, and first-person exploration.

A fun game and concept with a specific audience. The issues with the brightness and layout knocked it down a few points. But the overall graphics and uniqueness still made MADiSON a fairly enjoyable experience.