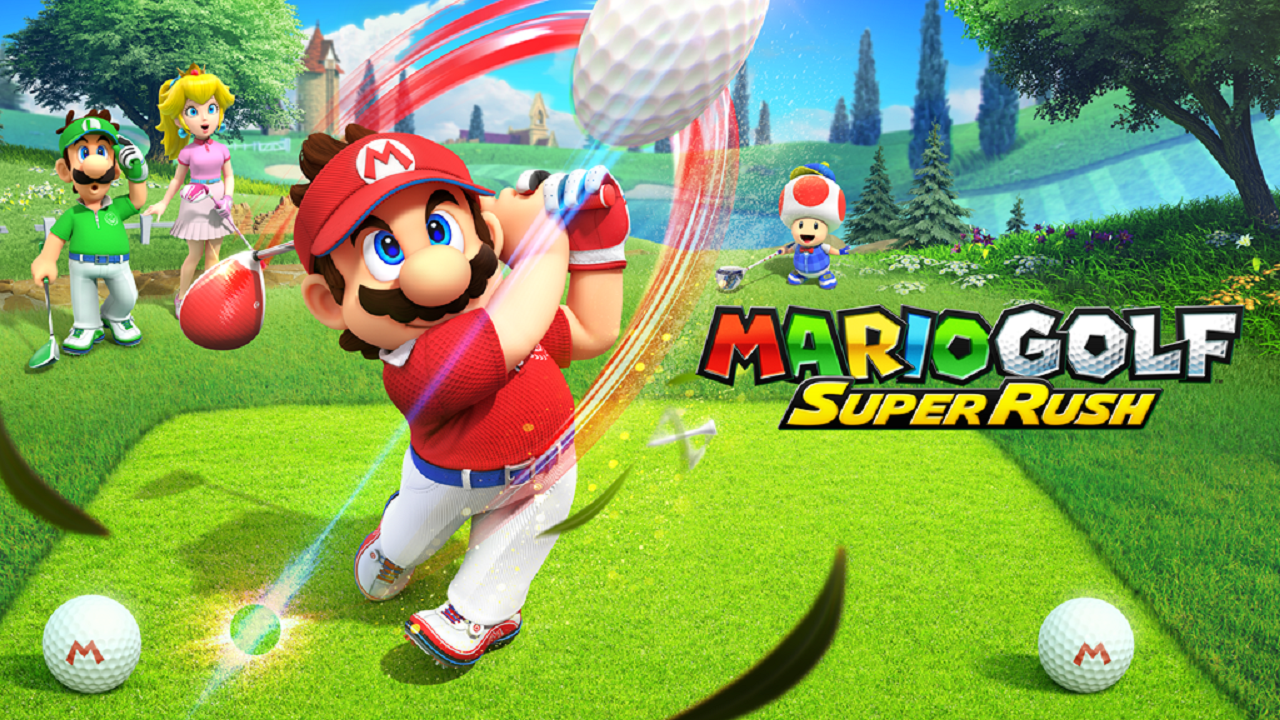 The right stuff for “the way of the Duff”?

Mario Golf: Super Rush keeps you on your toes, delivering a fun but uneven time. This release doesn’t quite have the polish to turn pro, but multiplayer offers a fair amount of gimmick-filled tomfoolery.

As the title reveals, Super Rush has a heavy emphasis on speed. Even if you aren’t playing speed golf, battle (and the lone bit of cross country) still has you racing across the fairways, though you can disable it in the former. While it might go against the grain, it can certainly work when the controls are responsive. Being the titular focus, Nintendo nailed all the speedy aspects, right? Not so fast.

In short, the controls lack some of the polish you’d expect from a first-party Nintendo title. Standard golf is fine, but these controls don’t have that perfect harmony, at least when it comes to the gimmicks. They’re very loose when your character is rushing. You might find yourself stuck on a muddy texture. You’ll frequently find your character running past the ball. You’ll sometimes have to circle the ball on the green until finding that sweet spot that registers a putt. Frequent time restrictions only make these issues more likely to manifest. While none quite reach pressing concerns individually, combined they reveal the need for more attention to detail.

Thankfully, as already stated, the traditional controls work much better. Playing standard golf is a-okay. And the motion controls are an entertaining addition for those who don’t own a Switch Lite. Some accuracy and nuance will likely stray through the learning curve. But casual players will appreciate that Mario Golf: Super Rush gets them off the couch (hopefully with the strap tightly secured on their wrists).

You’ll likely start with adventure golf, though, as most of the courses are locked. This mode brings back some memories of playing Camelot’s earlier Mario Golf on the Game Boy Color. And while I won’t call it a comeback, playing with Miis (and coming off the Switch port of Miitopia) makes me feel the avatars are on the rise. Wandering resorts is fun, with plenty of NPCs to chat up. They don’t have too much to say, and there’s not much to explore, but it’s still pretty cool. Not up to par with Golf Story, but no bogey. However, between practicing, qualifying, requalifying, and backtracking, it’s best played in shorter bursts.

Adventure Golf introduces you to many of the gimmicks. Whether it’s running out of water, getting struck by lightning, or more, a lot is going on. Not bad for a multiplayer party game, but in a golf title, many of these ideas (if not most) feel slightly disjointed, especially where speed is necessary. When you can purchase attire to reduce the effect of gimmicks, it makes you think. I recall the saying, “jack of all trades, master of none.” A bit less might’ve been more, achieving a balance like its 3DS predecessor.

I do want to take a paragraph to call out cross country golf. On the one hand, the less said about this, the better. On the other hand, this is a warning to parents that kids could seriously struggle to beat this mode.  While it might be fun in real life,  it feels like a b-team design in video game form. A Shy Guy tried convincing me otherwise, saying XC Golf was “the best game ever invented,” but not here! Between balls bouncing like Plinko chips, inconsistent updrafts, Ty-foos blowing, and more, I can see why it wasn’t advertised. As Toad would say, the “results leave something to be desired.”

There are six courses in total (admittedly a lighter assortment), with at least one more arriving later as free DLC. There are more characters, though, with Pauline probably my favorite among the series newbies since I’m an old-school gamer. Seeing all-around players Wario and Waluigi together is good for some laughs also, although I don’t want to spoil what they have going on. The story’s nothing special, but plenty silly all the same.

While solo might only hold a certain type of gamer’s interest for so long without updates (more on this next paragraph), I’m pleased to report that online has worked very well. There are plenty of players, and you can even send friends in-game invites. I played a couple of rounds with Justin and Katie with nary a hiccup, and it was great fun. If you have friends playing this game and can’t meet locally, online could be a big draw.

In the end, I just want to see Mario Golf: Super Rush expanded, and not just with extra courses. Give us more animations and vocal clips. A playoff or tournament mode. Options for higher difficulty. The ability to save mid-game.

As the first Mario Golf series game on a home console in almost 20 years, my expectations were high. While I smile seeing my favorite plumber tee off, Mario Golf: Super Rush admittedly lacks some polish I’d expect from Nintendo-published software. It’s also heavily focused on gimmicks, though standard golf presents a fun simulation-lite alternative to PGA Tour. But, the overall package is mixed and not “content-packed” as advertised, at least for solo players. Like Mario Tennis before it, some tweaks, additional content, and a sale would make this a wiser purchase. 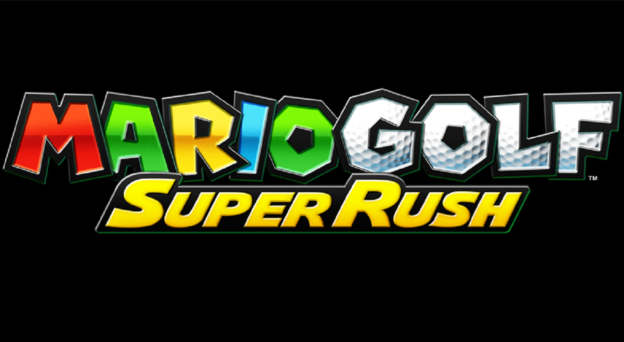 As the first Mario Golf series game on a home console in almost 20 years, my expectations were high. While I smile seeing my favorite plumber tee off, Mario Golf: Super Rush admittedly lacks some polish I’d expect from Nintendo-published software. It’s also heavily focused on gimmicks, though standard golf presents a fun simulation-lite alternative to PGA Tour. But, the overall package is mixed and not “content-packed” as advertised, at least for solo players. Like Mario Tennis before it, some tweaks, additional content, and a sale would make this a wiser purchase.