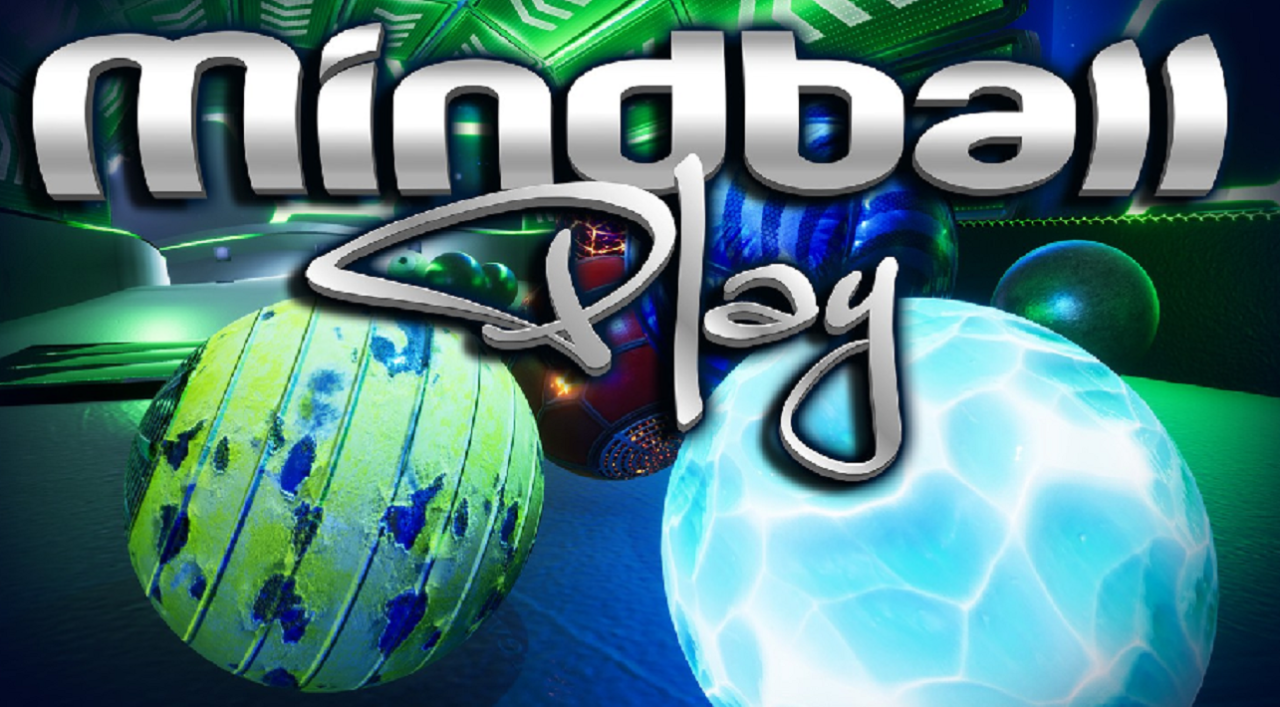 Mindball Play, the marble racer from Interactive IP, gives a favorable first impression. Despite a long opening load, you’re set straight into the racing – no needless plot. The gameplay is easy to grasp (though not easy to master) and a tutorial is offered should you need it. With a slick presentation, Mindball Play manages to hook you early.

The single player campaign has you advancing through chapters, hitting specific objectives to earn up to three stars. Stars are necessary to unlock more levels. However, when replaying, there’s no indication which stars you still need. This is an oversight, but one that can be easily fixed via a patch.

There are also time trials, with leaderboards that can be viewed by daily, weekly, or all-time results. Although I’ve spent less time with this than the campaign, I can say it’s quite fun. It’s satisfying to learn and conquer each track, seeing your name rise in the ranks. Chasing your ghostball also allows you to race without the worry of opponents bumping and crowding you. 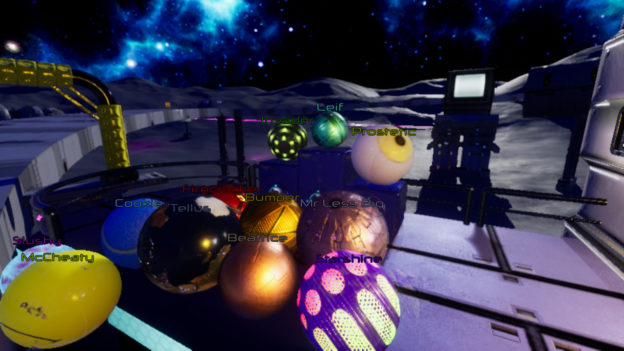 The opposition can be as few as none, or up to as many as 19 when custom racing. You can also adjust their skill level, and the number of laps you’ll race against them. Other options include the powerups, which can be enabled and disabled. Honestly, they don’t add much to the game, except creating outcomes based more off chance than skill.

You’ll need plenty of skill, as Mindball Play is quite challenging. No lead is safe, and if you respawn on the track your opponents will quickly catch you. There’s a little inconsistency here. Flying off the track will often lead to immediate spawning. But sometimes, you’ll have to wait several seconds as your ball slowly falls or bounces around out of bounds. Nonetheless, what ultimately prevents frustration from setting in is that these levels are fun to replay. It’s clear the devs correctly prioritized enjoyable tracks that just happened to be tough, rather than the other way around. 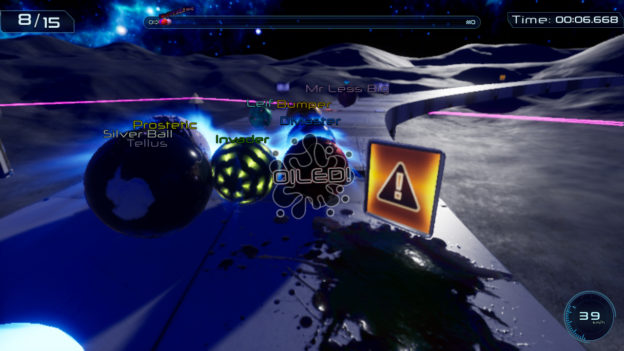 All the same, here’s what I’d like to see should Mindball Play get a sequel. More shortcuts – I don’t like timing a jump to elsewhere on the track just to spawn back. Speaking of jumping, it’s pretty weak. Supposedly you can jump higher by holding the button longer, but I presume this is stated in error as it never works for me. It’s really only of use when jumping over oil puddles. These are used in excess and sometimes will glitch in and out. The track design is plenty strong without them.

Mindball Play has a lot on offer, with a depth that surprised me. Once you’ve had your fill of the single player offerings, there’s multiplayer for even more replay value. Local, Split Screen, and Online are included. Hopefully, the online community will grow, as it was empty when I checked. Local is best anyway. 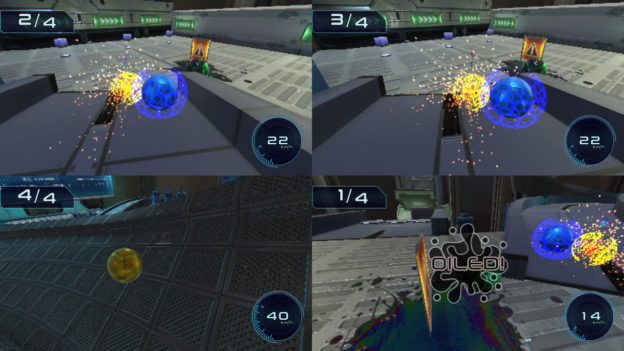 For Nintendo gamers, the easy comparison would be putting Mindball Play against Marble It Up! These Switch titles have both similarities and differences. But Mindball Play gets the edge in content, while also costing less. It also has a more flexible camera. There are even optional tilt controls for those who are up for them.

Mindball Play impressed me initially, and weeks later my feelings haven’t changed much. It’s still fun to go back to. While the linear design coupled with high difficulty is worth noting, the challenge leads to very satisfying gameplay. Mindball Play is a good-sized game, with polished aesthetics, and high replay value. This marble racer deserves a look.

While the linear design coupled with high difficulty is worth noting, the challenge leads to very satisfying gameplay. Mindball Play is a good-sized game, with polished aesthetics, and high replay value. This marble racer deserves a look.