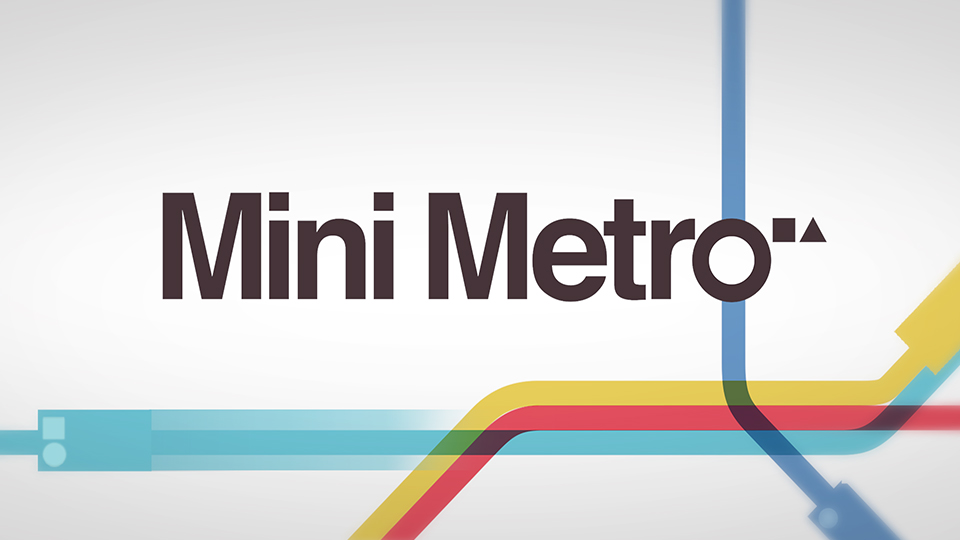 In a nutshell, Mini Metro is a minimalist version of SimCity focused on subways. The goal of the game is to build and manage a subway system in stylized, real-world locations such as New York City, London, Berlin and more. Sometimes these types of games can stress me out, but Mini Metro allows for a few different play styles in this regard. 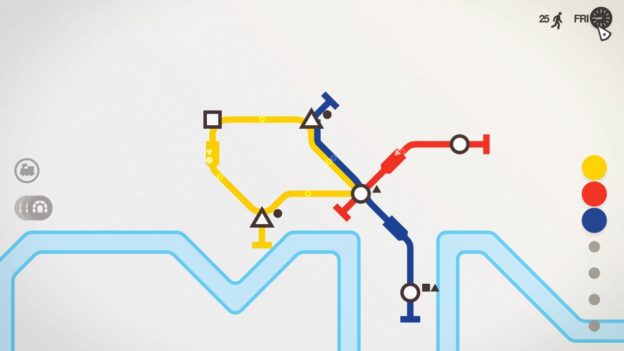 Most of my gameplay in Mini Metro was in handheld mode which meant I found myself using the touchscreen more than the Joy-Cons. Each level starts in a zoomed-in, top-down focusing on the first 3 subway stations you have to connect. As time goes on, the viewpoint slowly zooms out and more stations are added to various parts of the screen. I was still able to use the touchscreen pretty well even once the map was fully zoomed-out but there were times that I preferred the precision of the Joy-Cons. In this case, using an analog stick would display a cursor on screen. The cursor snaps to various stations, trains, or the middle of tracks. Once you press the ‘A’ button, this selects that particular node and players can then interact with it. The touch controls were definitely more intuitive but the Joy-Cons worked well after a bit of learning. 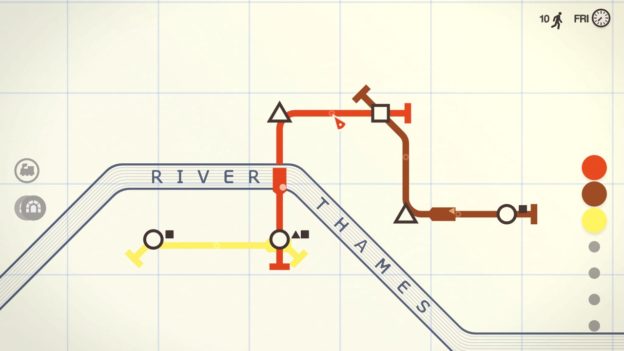 Mini Metro employs a minimal art style to great effect. The iconography and subway layouts are very reminiscent of the visual language used for subways all around the globe. Even though I don’t live near any subway systems, the visuals are quite intuitive. Sound effects are very subdued and relaxing–I could definitely see myself playing this on a plane with a set of headphones on to wind down. There are 20 cities to manage and 3 play styles, so there’s a good deal of content to keep you occupied. 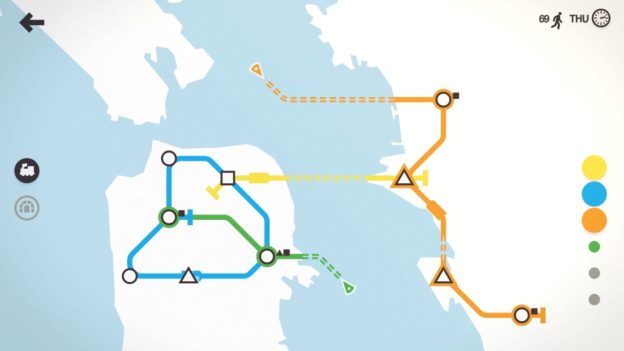 Mini Metro allows for up to 4-player local co-op and also features daily online challenges. I found the co-op to be a bit hectic with that many people all trying to make edits at once. It made more sense to have one person control and then have everyone else voice their input on where changes needed to be made next. I mentioned the play styles earlier–there are three distinct modes of play: Normal, Endless, and Extreme. Normal still has a failure path when one station gets too crowded. This leads to shorter play sessions. Endless does not have a failure option and instead keeps track of your efficiency (how many subway patrons you can serve at once). This was obviously more stress-free but not as fun. Extreme doesn’t allow you to move trains from one track to another or make other edits so you have to make sure your initial routes count. 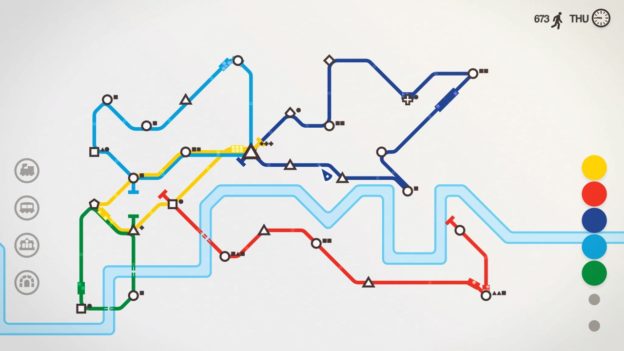 For $9.99, Mini Metro provides a great deal of content and some decent, relaxing fun. I’m not a huge puzzle game fan for the most part but I did have some relaxing play sessions. If you’re looking for something to play on the subway or the plane for that matter, Mini Metro might just be the perfect fit for you.

For $9.99, Mini Metro provides a great deal of content and some decent, relaxing fun. I’m not a huge puzzle game fan for the most part but I did have some relaxing play sessions. If you’re looking for something to play on the subway or the plane for that matter, Mini Metro might just be the perfect fit for you.