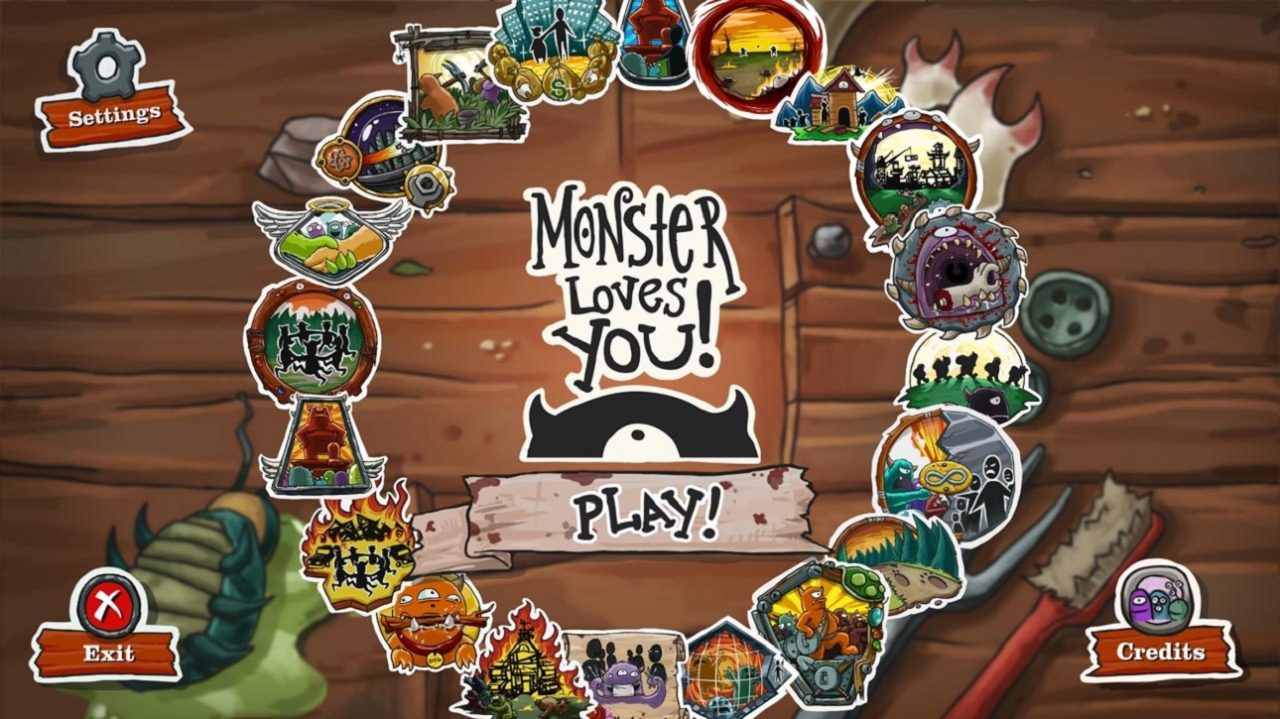 Monster Loves You isn’t a bad little download per se, but it is an odd one. It doesn’t really offer much gameplay in the traditional sense. Instead, you’re basically just making selections in a Choose Your Own Adventure fashion. It has the look of a kids storybook, yet has a Teen rating – that might be listed in error, as the trailer displays E10+. In any case, what type of audience will Monster Loves You find on the Nintendo Switch?

I’m not sure how to answer that. Monster Loves You isn’t an expensive title at $9.99, yet it is quite short; you can see the end in under 30 minutes. Granted, there are 14 endings total, but the desire to see them all hasn’t been instilled in me. Instead of a page-turner,  the fleeting lifespan of a monster doesn’t prove that interesting, with brief dialogue and often similar results.

Of course, the hook is that your choices will determine the monster’s personality. But I found that an honest and kind monster isn’t a whole lot more interesting than a ferocious one. Yes, it can change certain things, but again, I haven’t found the few endings I’ve seen to be that particularly satisfying. It’s a shame Monster Loves You couldn’t have been fleshed out more since its initial release of Steam over five years ago.

However, I do like this structure and think it could work quite well with a few adjustments. A longer, stronger plot would certainly help and is probably most key. Also, a more modest price would attract impulse buys and lessen any disappointment that might come from seeing the end so quickly. Choices numbering up to 900 sounds like a lot, but I don’t feel that’s really the case. Perhaps some light narration would liven things up as well.

If this idea is revisited, one thing that could be retained is the aesthetic approach. The backgrounds here are nicely detailed – a shame they’re static and not interactive. Even a little light animation could really enhance this colorful storybook appearance. The music is pretty good as well, so no complaints there.

Monster Loves you is entertaining enough for the first couple of plays, but it definitely doesn’t last. This short title fails to leave much of an impression, unfortunately. If you want to support Radial Games efforts on Nintendo Switch, perhaps Mini Metro would be a better choice.

Monster Loves you is entertaining enough for the first couple of plays, but it definitely doesn’t last. This short title fails to leave much of an impression, unfortunately.