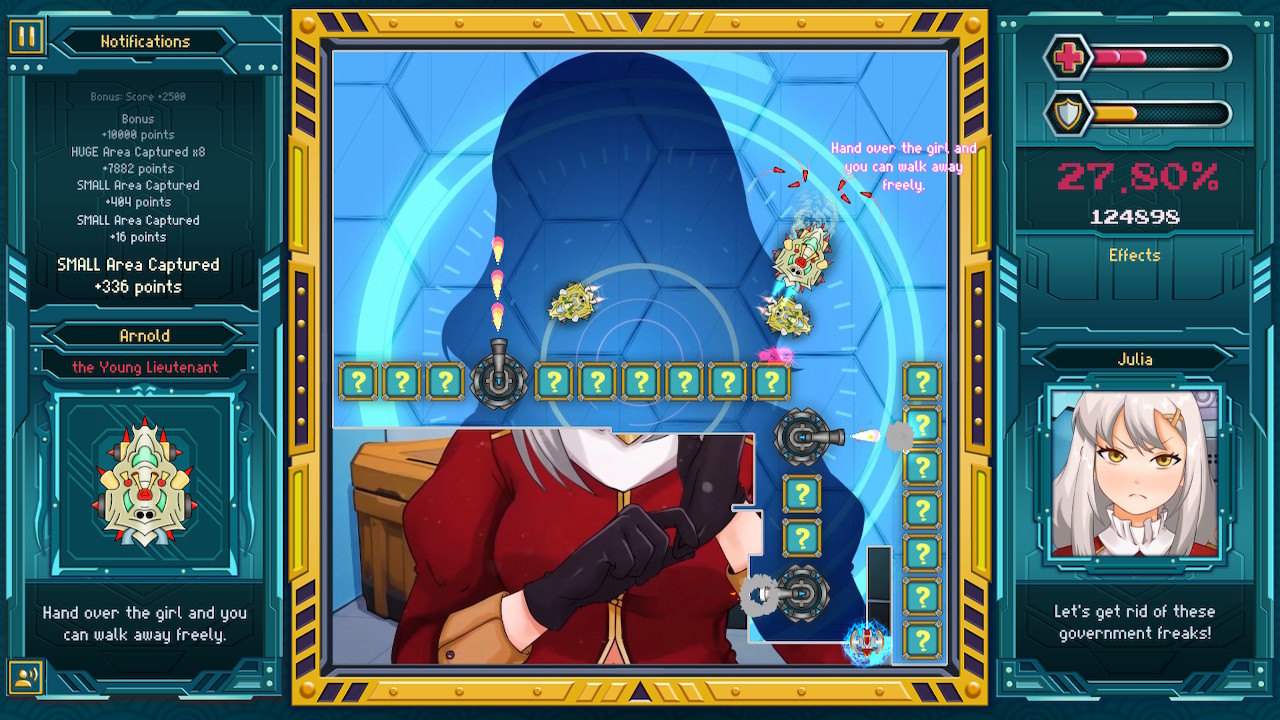 Short version: Mokoko X is Qix, and Qix is always great—one of my favorite classic video games. There’s a square playing field, and you must draw boxes to claim a majority of the field. Meanwhile, there are enemies moving about, and if they hit you before you complete your box, you die.

The trick is that as you claim more territory, the enemies have less room of their own to move around, making the game harder the better you’re doing. It’s a simple but devilish premise.

Mokoko X adds two spins to the game. There are now bosses on every level who have different attacks and minions. 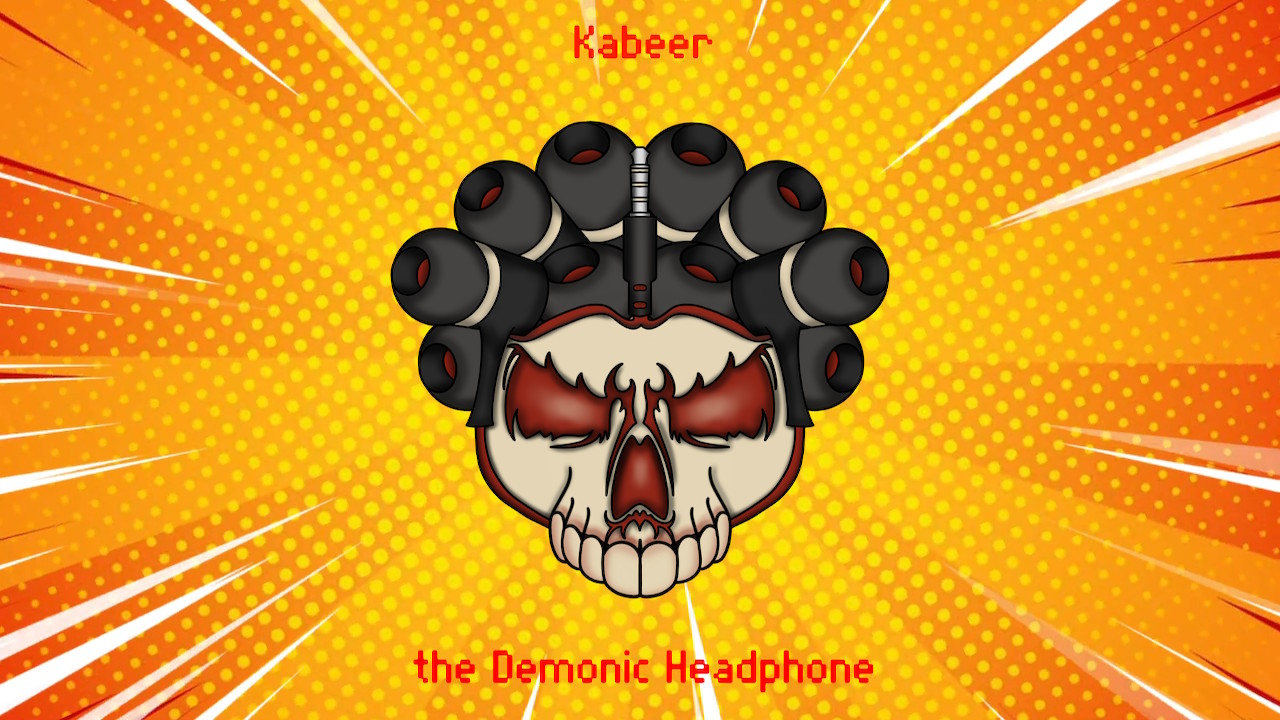 One constantly fires bullets, one has a smoke trail that makes it harder to see the enemies, one lays eggs that spawn mini-bosses, etc etc. Each level has a boss, and every fourth level you have to fight all four bosses (and their minions) at once.

The game also gets pretty ingenious with the level design, adding bonus boxes you can capture by “boxing in,” but have to navigate around. The best levels turn into mazes where your strategic choices are very limited, and it all comes down to timing your draw, especially as you deal with the tactics of multiple enemies. 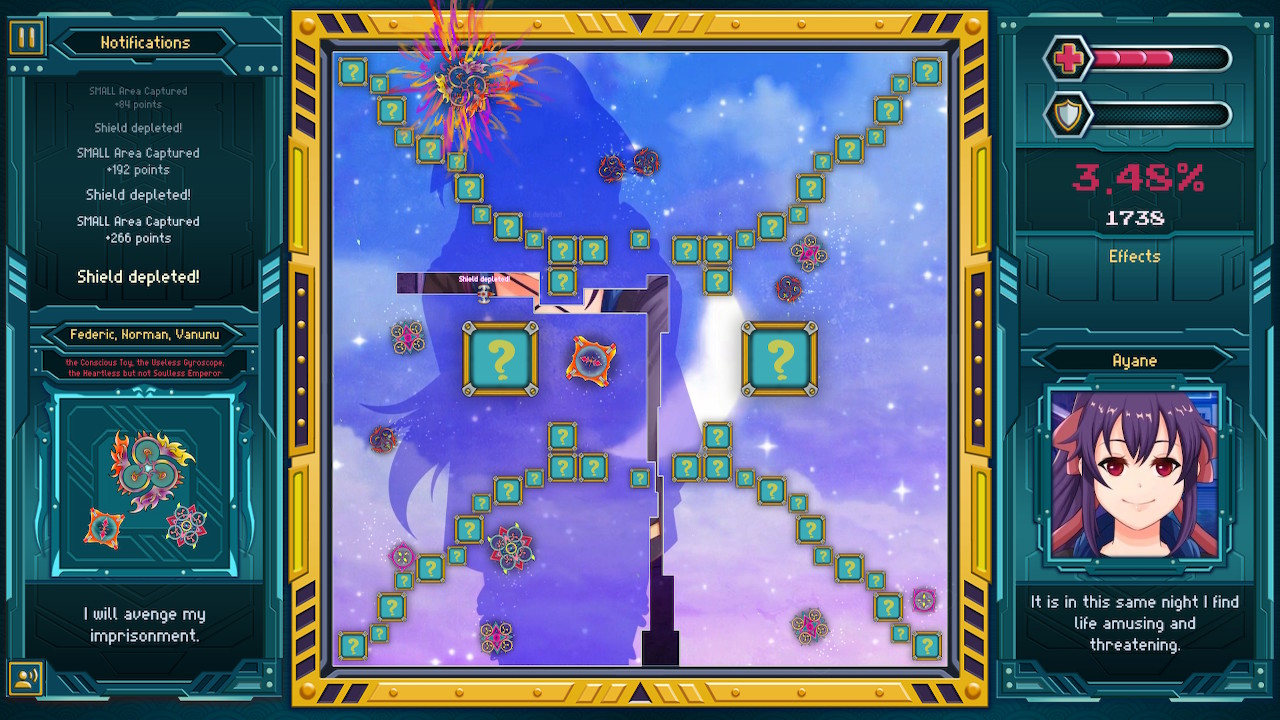 The other spin Mokoko X adds is the storyline, which is—to put it in technical terms—Bonkers Magoo.

Now, I know what you’re thinking. “Of course it’s got a loony story. This is obviously a Japanese boob game.” But it isn’t; Mokoko X is merely Japanese boob game-adjacent. Because while the eight girls who appear in the game are drawn in an anime style, the designer of the game is, in fact, Turkish, and wrote the storyline himself. But what an effort!

Each of the eight levels features one woman who is being menaced by the level boss. Each boss has a unique origin story, ranging from bug-in-a-garbage-can to self-aware fidget spinner to… (checks notes) a god of the sea. 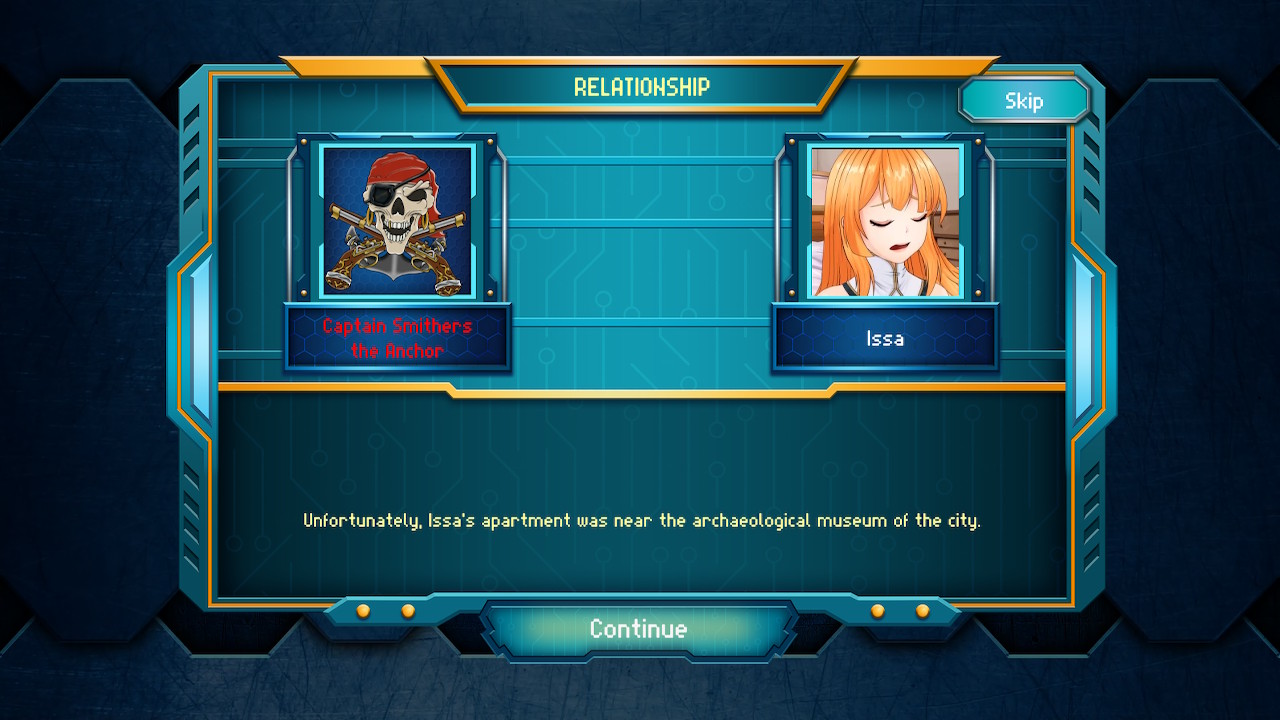 The ladies, meanwhile, have their own unique circumstances. One wants to have fun in the sun on the beach while another is a teleporting fugitive being chased by a military strike force. As you “rescue” one on each level, the boxes you draw slowly reveal a picture of her as the background, slightly animated but almost always adding some jiggle in a manner that is only slightly salacious. 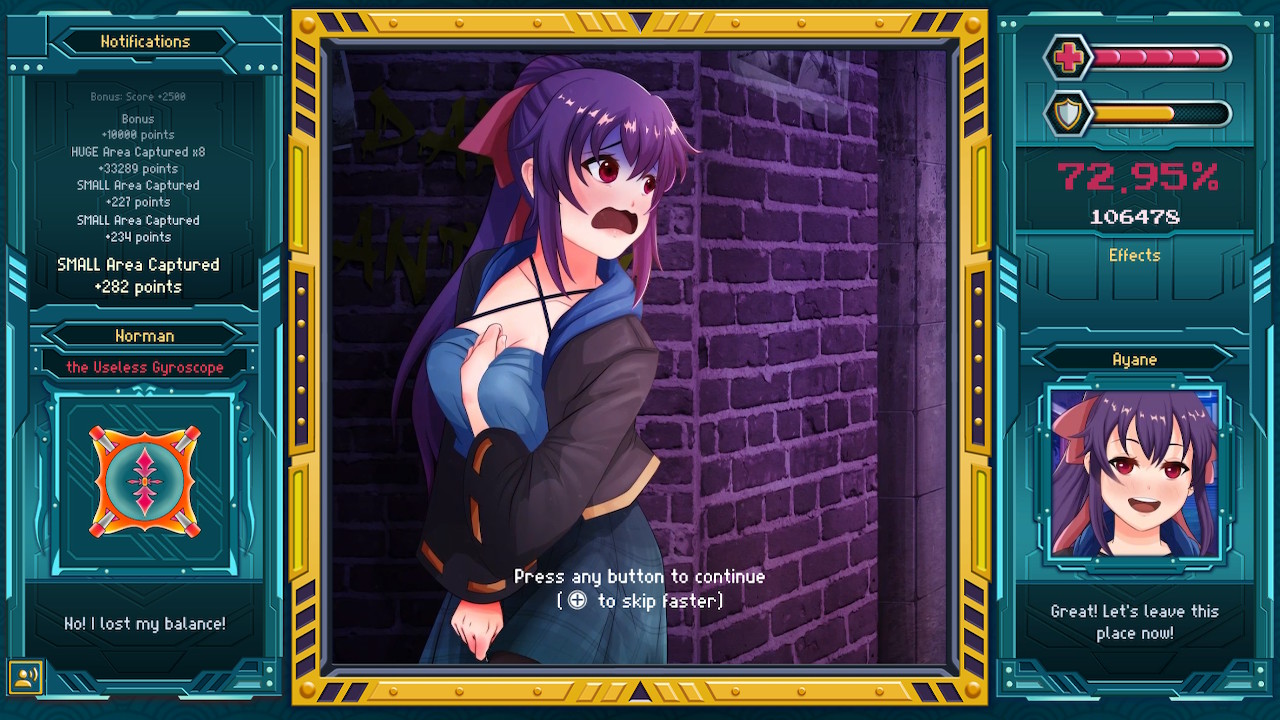 None of the girls’ stories are related to each other. Nor are they related to the story in the cutscenes that are unlocked when you complete a stage, which involves two men stranded on an island. And the less said about that bit of brain-melting narrative, the better. 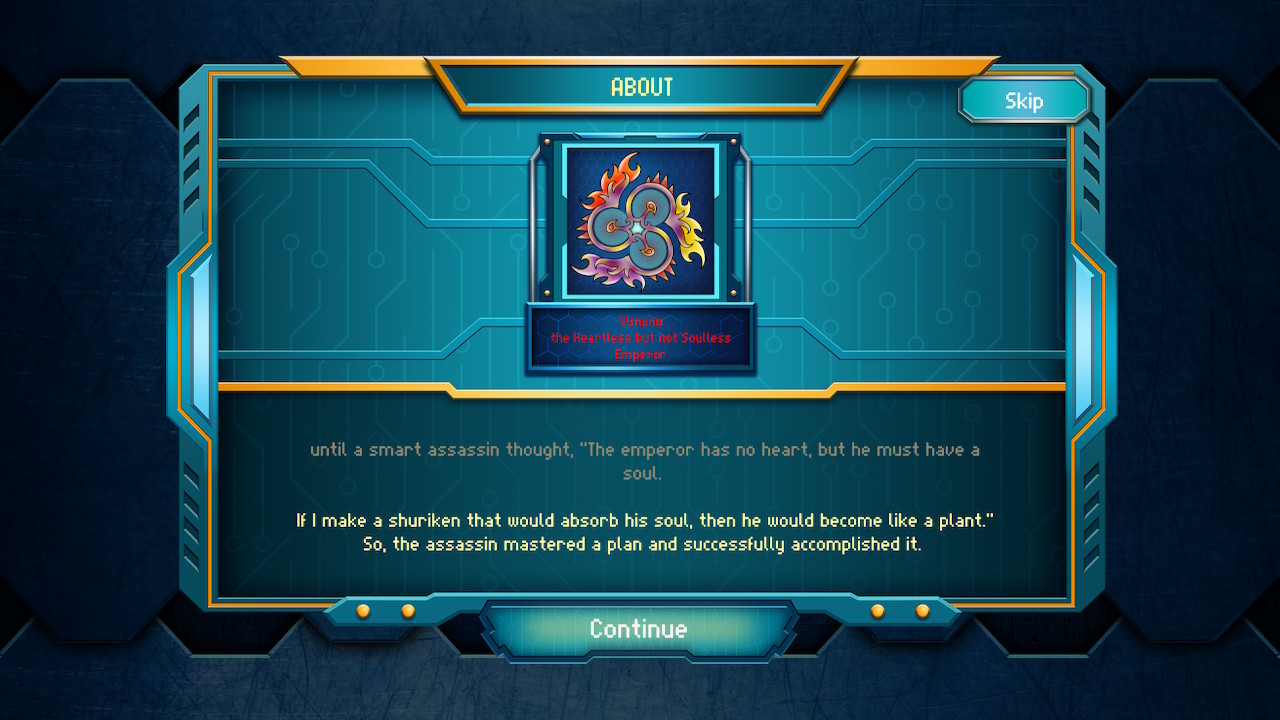 But at the end of the day, none of that matters because it doesn’t hamper the gameplay. If anything, it made me excited to see what lunacy the developer was going to come up with for the next boss. And they, like the game itself, didn’t disappoint.

The visuals of Mokoko X are only slightly lurid, and the cuckoo-for-Cocoa-Puffs flavor text doesn’t distract from a solid Qix clone with ingenious level design and challenging bosses.