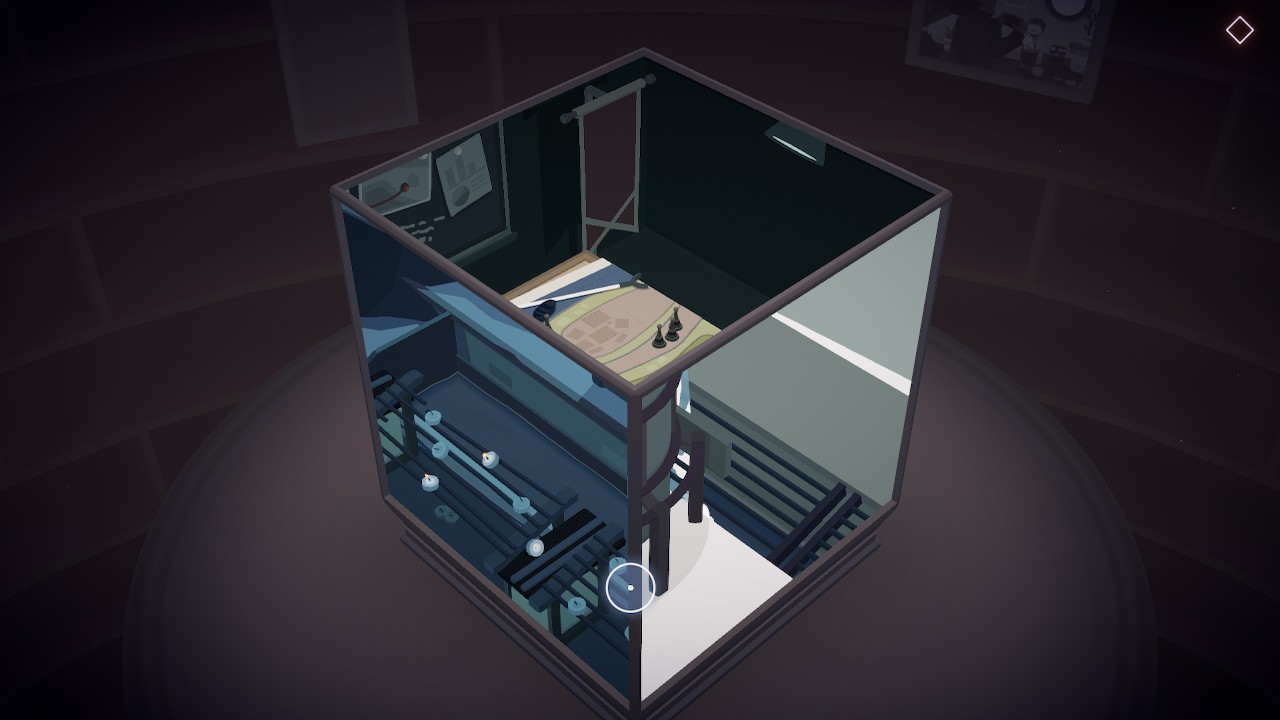 How intriguing. Moncage has what at first appears to be a simple interface. There’s a cube on a table. You can see five sides of it. Each face will eventually depict a different scene. 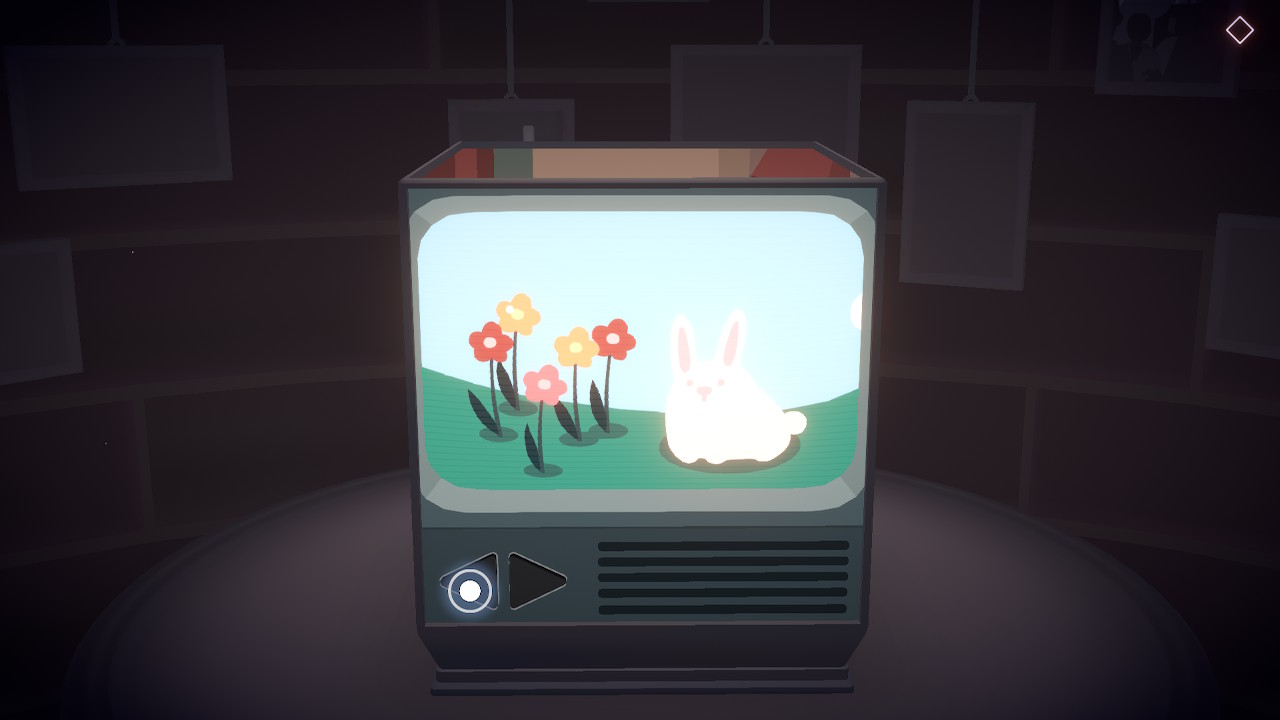 By manipulating your view of the cube you can cause a single element of the sides to line up, even though logically they have nothing to do with each other. For example, a cup full of coins on a desk in an office might match a broken steam pipe on a building ravaged by war.

Once the two (or three) pieces line up, something magical happens; the items will fuse temporarily and interact—the steam pours into the cup, causing one of the coins to pop out, causing the office scene to change slightly. Now you have to find out which elements of the changed scene line up with a different side of the cube. 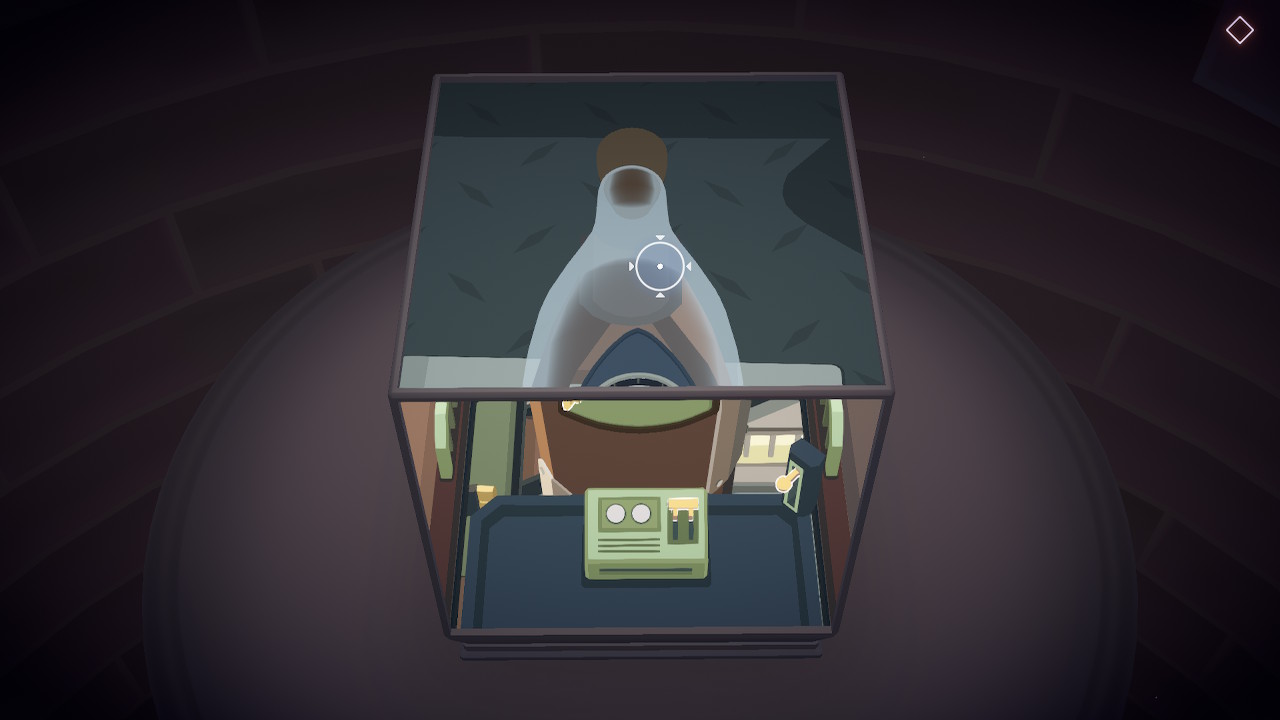 Moncage is both lyrical and confounding, abstract and exacting, as you try to make the connections between the scenes both in terms of the gameplay and how the scenes play out. Pressing the L2 button will cause the elements you can interact with to illuminate, but that doesn’t mean they’ll be useful in the immediate puzzle. Also, as the scenes interact and change, it’s hard to tell if there’s a single, coherent narrative. Is the spaceship you launch a rocket that destroys the town? You can pick up photos hidden throughout the game that could imply this is all the story of one person, but the illustrations are minimalist, and it’s hard to tell if the boy in one picture grows up to be the man in another.

In this sense, it reminds me of the original version of Myst, where the slowness of the game, and the constant checking and re-checking of actions against results (not always on the same screen) is part of the experience. Because once you understand the basics of how the cube’s faces work together, the designers start to have fun by challenging you to pay even closer attention. Yes, you can line up two sides of a road to move a car, but what happens when you need the moon to be out in a day scene? 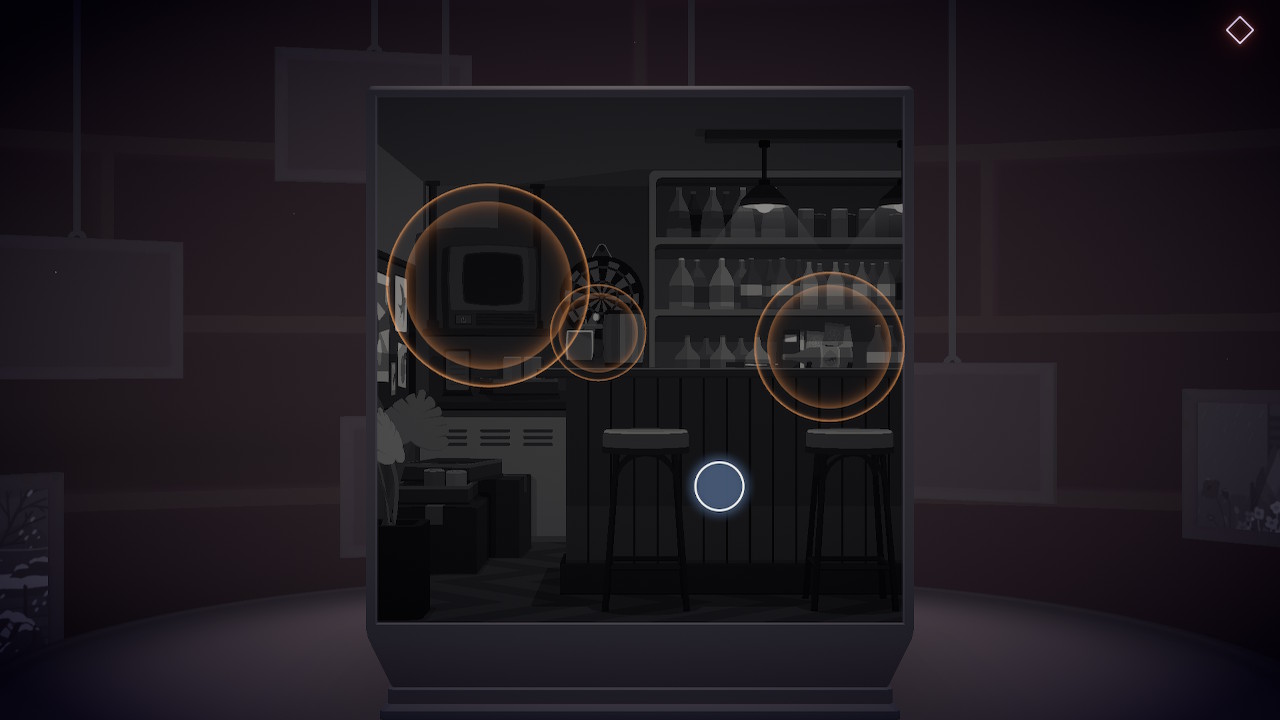 Once you let go of the rational representation of what you’re looking at—a handcart on a broken track that can’t go anywhere—and start looking at the image as an object itself, the game unfolds like a flower. Reflections of objects can interact. Seemingly meaningless actions on one screen can change the color of another screen, allowing objects to match exactly when they didn’t before. There’s also fun interplay between the sides in other puzzles, making you race to align pathways so a moving object can make it across several faces.

Another complication is that some scenes have areas you can zoom into, such as a medical tent where you can take a close up look at the check-in desk and a recovery area. Both areas are important, but are they both important to the same step you need to take to advance the game? 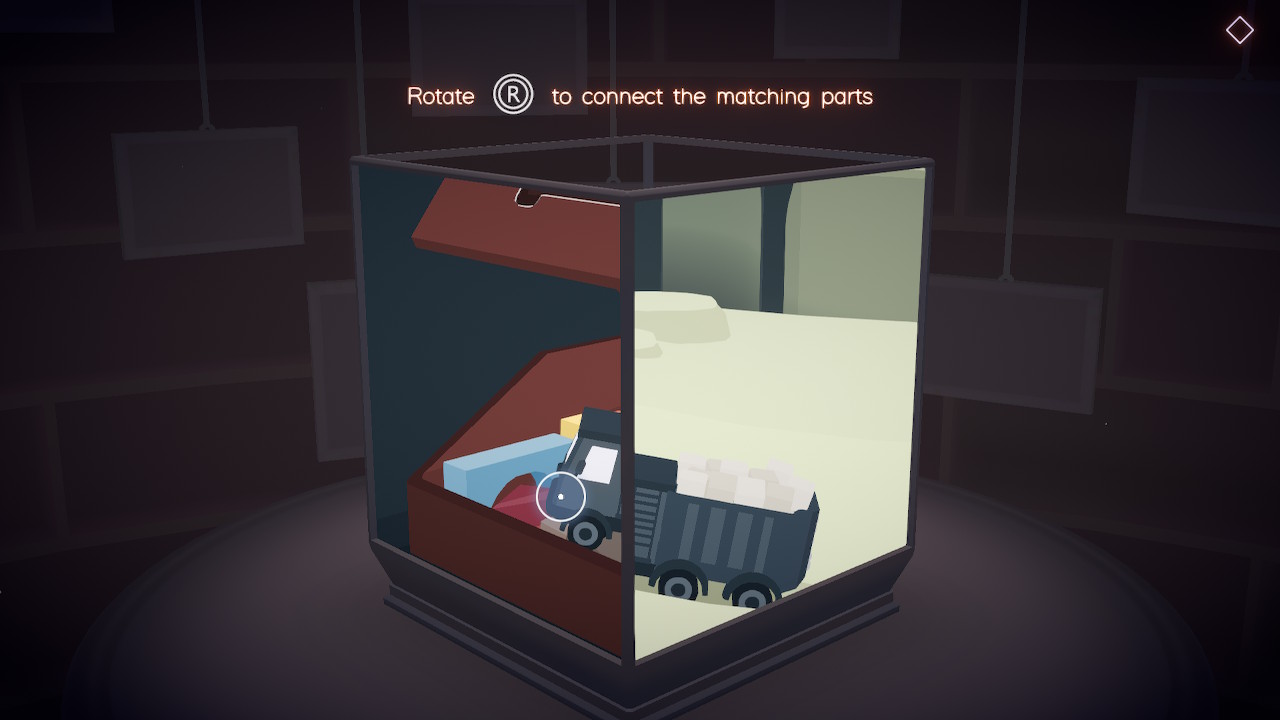 The joy in this game is chewing on the puzzles, looking at each scene and comparing it to the other two sides of the cube that you can see at once. But it can also be confounding due to the lack of a clear goal and the fact that you have to look at every aspect of a scene to understand what you can do. For example, looking through an object in a scene might change what the object looks like normally. There’s also an element of timing to certain matches, as gauges and moving objects must be matched quickly with the other side.

Fortunately, the game has a very robust hint system that can give you a nudge in the right direction (and eventually a video showing how to solve the puzzle) if you get stuck. I used it frequently, but the game has a timer that keeps you from using it constantly; you can only access a new hint after about two minutes.

I recommend Moncage to puzzle lovers.

Moncage is a puzzle game that should be treated like a collection of short stories rather than a novel. Enjoy it over several sessions, pausing when it’s difficult to think about the different parts, rather than consume it as one experience. It’s quite literally to be puzzled over.