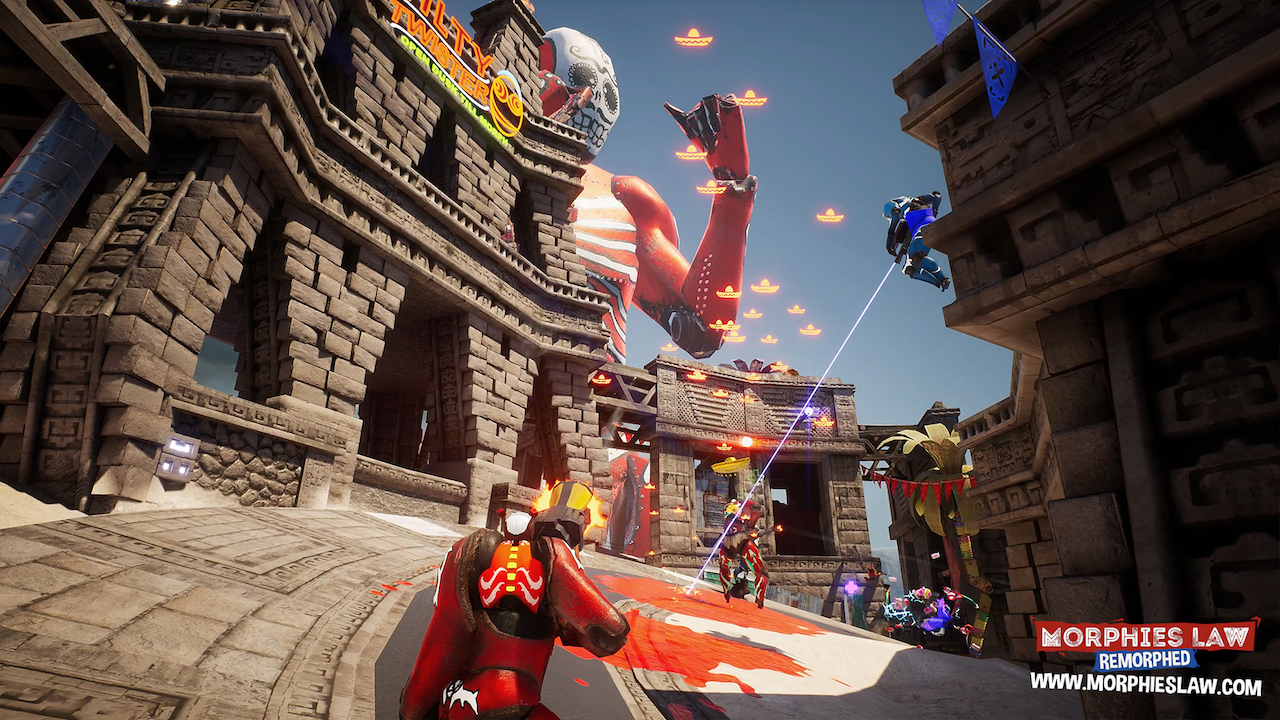 Morphies Law: Remorphed is unique, charming, customizable, and a genuinely massive improvement over the original. For those unaware of the original title, it suffered massive netcode issues and a lack of content.

Whilst the game still lacks map diversity (each map feels different, but visually their identity is quite similar), there is a lot more content than there was originally. With additions like musical instruments, new weapons, maps, badges, missions, Morphies Law feels like a ‘complete package’ now. That said, it still more-or-less is very themed (which will differ it’s value to some). It is awesome that the law morphs Spanish-culture with size-changing robots, but I can’t help feeling this also held the game back in some aspects. If you are looking for a Spanish-cultured game, this is a must-have, but otherwise, really think about the visuals and if you will be able to sit through something this culture driven — most notably, the environments. That’s not to say a themed game like this is awful, but it won’t be something you sit for hours-on-end playing, similar to other themed games. 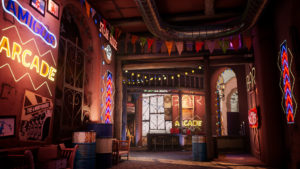 Even with its themed nature, there are a few different game modes to help further differentiate each play session, such as The Mass-ter, Head Hunt, Morph Match, and Mass Heist. Mass-ter is a game mode that has the biggest Morphie in-game, commanding an avatar that steals mass from the enemy team. Head Hunt has you trying to return a lost head to your team’s avatar. Morph Match has you competing against the enemy team, in order to get the tallest avatar. And, perhaps the most confusing game mode has you stealing mass; Mass Heist.

Don’t be mistaken though; Morphies Law: Remorphed is a ton of fun. I’d even go to the lengths, and say it is as fun as Splatoon 2, if you are okay with its lack-in-diversity; because of its uniqueness and game-changing mechanics. That said, such interesting game mechanics, also have some issues with them; whilst trivial, still felt limiting (further emphasizing the missed potential with the Mass-changing concept); There are a variety of dynamic objects, such as pipes that can be used to maneuver around the map, but you must be able to fit inside them. Whilst this signifies the importance of using and gaining mass correctly, it also is a nuisance. 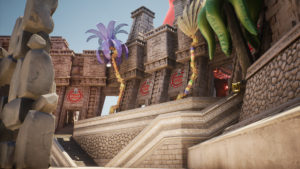 With an emphasis on including a bunch of cosmetics, it feels as though the areas needing more improvement, like progression and diversity got left in the dust. Don’t get me wrong, there is a lot to earn in-game, some majorly changing gameplay, like abilities. But it feels a little slower than I would’ve liked; not to the point they’re as bad as some of those micro-transaction-filled games. Even a doubling of the rate you earn nuts (the in-game currency) would’ve gone a long way. But at least we can let out our frustrations on a Pinata, right? Well… despite the absurd amount of Morphie parts included in Pinatas, it still is very themed, harkening back to my earlier complaints.

But perhaps the aesthetic isn’t so bad, even with its single-themed nature? The art style is indicative of Spanish culture, and just a pure-joy to look at. Fortunately, it can be looked at without any performance issues too, with an exceptional 60-ish FPS. It is worth mentioning the game is best experienced in docked mode; that way, you can listen to the ravishing music in its entirety, without fear of being obnoxious.

Overall, Morphies Law: Remorphed is a very good game. True, the hyper-focused nature leads to a lack of diversity, which means earning cosmetics might be less of a replay incentive than hoped. But it is still a joy to look at, and the fixed netcode issues of the original game fully round out the experience in the process. A bit of fine-tuning with progression would be beneficial, but if you’re looking for another shooter on Switch, this should definitely be considered!

Overall, Morphies Law: Remorphed is a very good game. True, the hyper-focused nature leads to a lack of diversity, which means earning cosmetics might be less of a replay incentive than hoped. But it is still a joy to look at, and the fixed netcode issues of the original game fully round out the experience in the process. A bit of fine-tuning with progression would be beneficial, but if you’re looking for another shooter on Switch, this should definitely be considered!