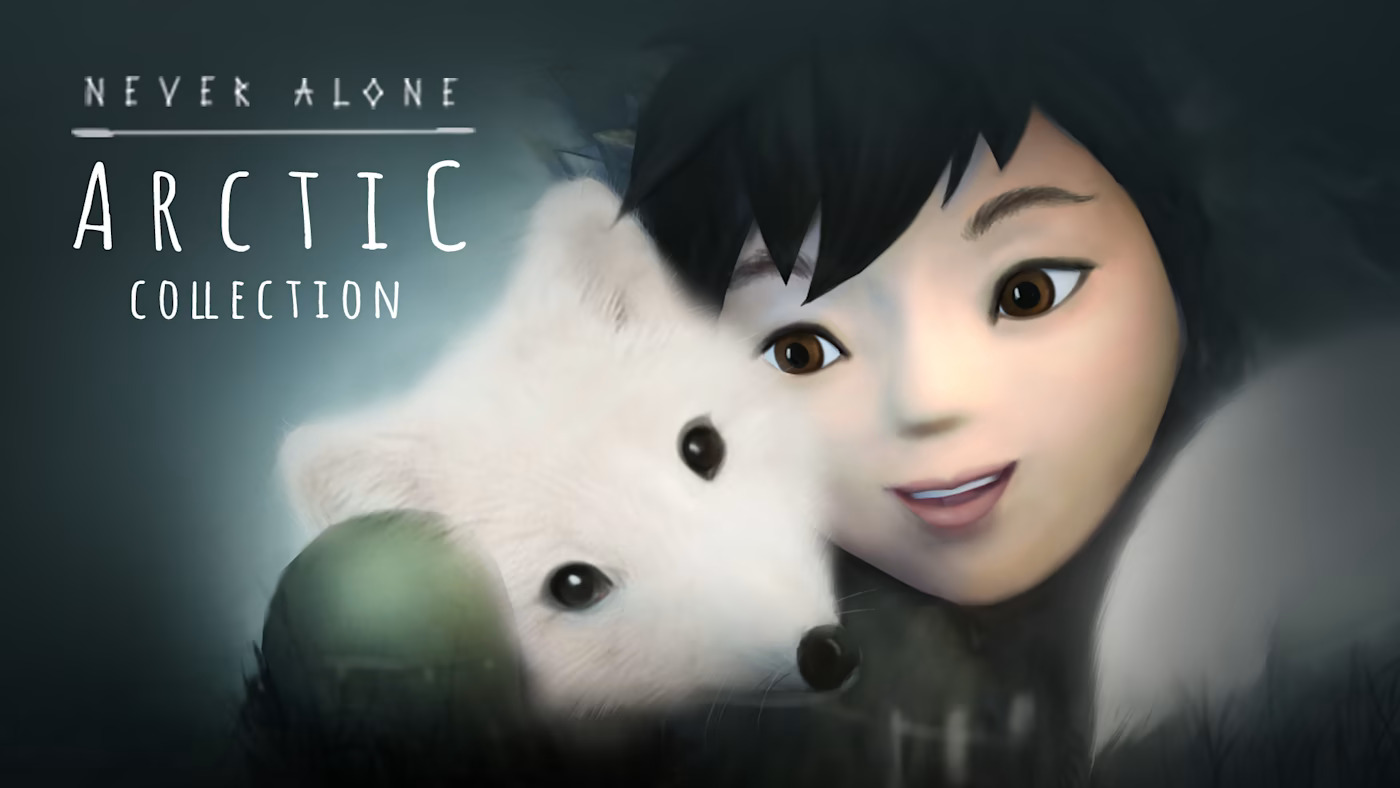 Never Alone is a puzzle platformer with a difference. It was designed to create an engaging experience for players that shares the history and legends of the Iñupiat, an Alaska Native people. Although this makes it a compelling game, the transition to the Switch isn’t a perfect one.

Visually, Never Alone is stunning. The snow-capped setting provides a moody atmosphere, with blizzards and icy waters that evoke a chill in your bones as you play. The background and characters are rendered in realistic ways, giving it even more authenticity.

The soundtrack is equally pleasing, with ambient tunes that fit right into the snowy background. There are moments of complete silence, too, which emphasize the stillness of the environment when you catch a break from the blizzard. 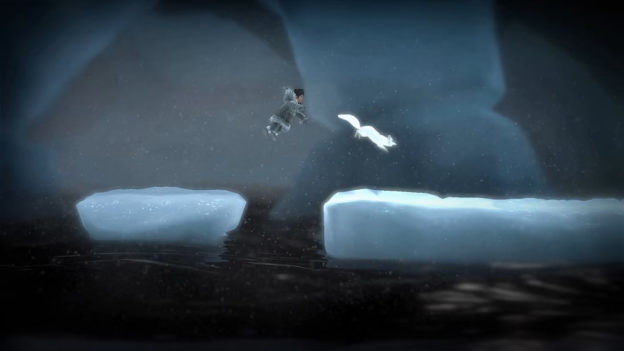 Those icy winds are important and form the basis of the story. You play the role of two characters, Nuna and Fox. The two companions embark on a mission to find the source of the blizzard, which is destroying Nuna’s village. Along the way, you face several dangers, from polar bears to a nasty man who really wants Nuna’s weapon. The environment itself is also hazardous, from falling ice shafts to gusts of wind that threaten to blow you off a cliff. Most of your time, though, is spent solving puzzles to proceed.

As a single player, you can control both Nuna and Fox, swapping between them easily by a quick press of the X button. There’s also the opportunity for cooperation, with two players controlling one character each.

Nuna and Fox have different abilities that complement each other, working together to pass through the blocked passages that form the basis of the puzzles. Nuna controls a slingshot-like weapon, which can break the ice and other obstacles. Fox, on the other hand, can scamper up walls to reach higher areas. More importantly, he can also communicate with ancient spirits, which open invisible pathways. 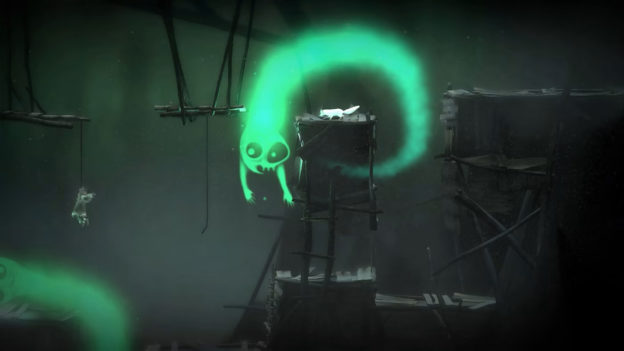 I wouldn’t describe Never Alone as a particularly hard game, though there were sudden moments when I was caught off guard and died as a result. It’s fine, you respawn close by and have infinite lives, but it felt like the balance was a little off like I was being punished for no reason.

There are some frustrating control issues, namely with Nuna’s slingshot. Her weapon is cumbersome at best when it comes to aiming with the right stick. You have unlimited ammo, so when time is not of the essence, it’s just annoying. Occasionally, though, you’re chased by an enemy, meaning quick maneuvers are necessary. Although these chases provide a nice change of pace, it’s super tricky to stop, aim, and shoot an obstacle before being killed by whatever is chasing you.

I also experienced a few glitches, like respawning in a spot where I was instantly killed. These were overcome by quickly moving before falling, but it was a silly glitch that shouldn’t exist, especially in a game that’s eight years old. Never Alone was released on PC and consoles in 2014, with a Wii U version (and other consoles) released in 2015. It should be noted that the Switch version does include all DLC from these previous iterations.

Still, there really is a charm to Never Alone that makes it worth playing if you can look past those gameplay issues and glitches. It only takes a few hours to complete, and the puzzles are satisfying to solve in an afternoon’s worth of entertainment. 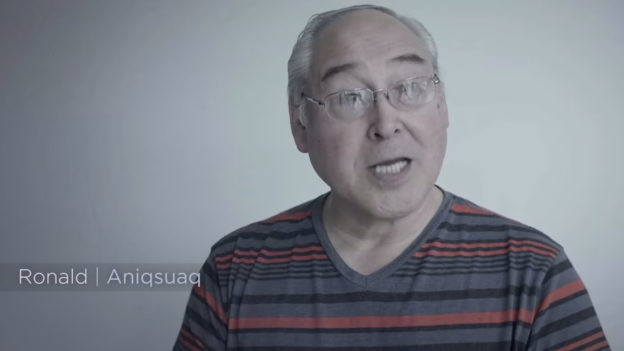 Another addition that adds a deeper connection with the game is the unlockable videos collected along the way. These short documentaries describe the Iñupiat people and their stories. They’re professionally made and interesting to watch, adding some longevity, uniqueness, and even education to the game. The developer’s goal of bringing awareness to audiences of these traditional stories is easily achieved.

Overall, Never Alone: Arctic Collection is an atmospheric title that conjures a beautifully rendered traditional Native Alaskan story. There are moments of frustration that stop it from being perfect, but this is a unique and enjoyable experience.

Never Alone: Arctic Collection is an atmospheric title with a beautifully rendered traditional Native Alaskan story. Despite some moments of frustration, this is a unique and enjoyable experience.