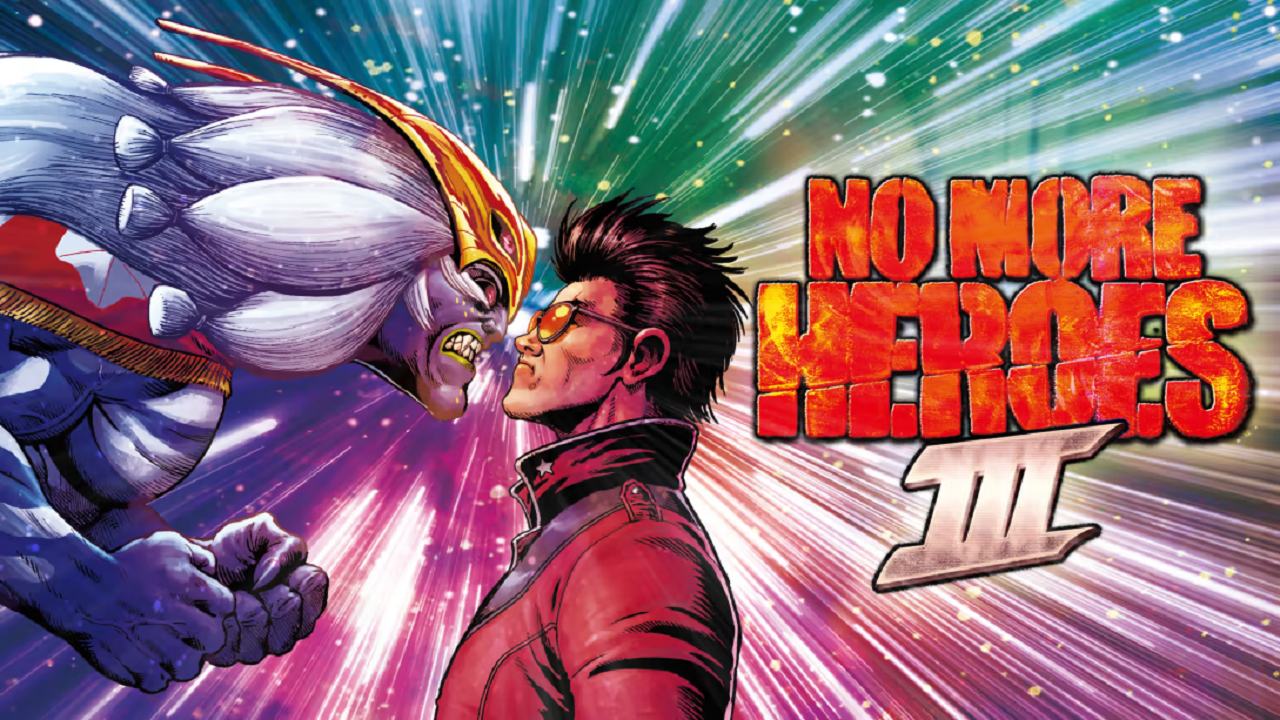 The first ten minutes of No More Heroes 3 are very bizarre. It starts with Travis Touchdown reminiscing about a game called Deathman that he used to play as a kid. You’re treated to an animated cartoon, reminding me a lot of an ’80s style anime, where you see a young boy riding his bike to a crash site on an alien spaceship. The boy finds a cute little alien and stuffs him in his backpack, hiding it from the government agents hunting him down (sounds familiar). We learn that the little alien’s name is FU, and the boy’s name is Damon. The animated short ends, and we’re transported to the present day, where Damon has grown up and created a business empire based on the knowledge FU has shared with him. FU returns as an adult, but he’s not the cute and cuddly alien we remember. In fact, he’s back and wants to conquer the world. Welcome to a Suda51 game.

If you’ve never played a No More Heroes game, you should be aware this entry is pretty lewd. The game has a lot of swearing, suggestive themes, and a lot of blood. Although to be fair, it’s very stylized violence, so it doesn’t look realistic.

It should be noted, though, that while there’s lots of crude humor, the protagonist has grown considerably since the first game. Because of this, the overall tone has matured as well. Travis has retired from the assassin business, and you get a peek at him questioning some of his decisions, reflecting on who he is and the amount of killing done. He runs into Sylvia, a recurring character in the series, and his relationship with her has changed considerably from the first game. You get the sense he wants to connect with Sylvia on an emotional level, versus when he first met her, and he just wanted to sleep with her. But, you still save the game by using the toilet.

Just like previous entries, you have to work your way up through the ranks of the assassins before you can take on the top-ranked FU himself. The game does a nice job with the tutorial mechanic. The first couple of missions walk you through how to use your beam katana and your Death Glove.

The battle system is one of the strongest aspects of the game. The main battle mode involves using your katana. Each attack you land with your katana takes a bit of the energy away from the beam katana. If you run out, your attacks are useless, so you constantly need to recharge. Along with your sword, you also have your Death Glove, which allows you to unleash special attacks that have cooldowns.

Another feature that’s tied to the battle system is a slot machine mechanic. Upon delivering the final blow, a “slot machine” appears on the screen. If you can get all three spinning items to be the same, you unlock a bonus. If you happen to get three sevens to appear, you can do your special move (summoning your mech outfit), delivering major damage to all enemies on-screen.

You also have the ability to perform grapple moves once your opponents are stunned or if you can get behind them. The grapple moves are classic wrestling moves that add a bit of variety to the battle system. While I found the battle system to be fun, it does tend to get a bit repetitive. Challenging yourself to try different moves and techniques not only earns higher ranks at the end of battles but also keeps the game from feeling boring.

Besides using your beam katana, some battles have you don your mech suit and fight against larger opponents. And while this looks really cool, the battle system in the mech suit is not as good. You have two attacks (missiles and laser cannon), targeting different parts of the enemy’s body with the right analog stick. It was cool the first time you got into the suit, but it got boring quickly. Thank goodness there weren’t very many mech battles.

There are two different types of battles that you engage in besides the boss battles: defense missions and designated matches. In defense missions, you fight against waves of enemies, and at the end, you receive a rank, junk, and currency. The designated matches are missions you need to complete before you can take on the boss. Once you’ve completed the number of designated ones to qualify for the boss battle, an ATM becomes available, and you’re allowed to pay the entry fee to take on the next ranked boss.

The boss battles are by far the best part of the game. Most of the boss battles will have you figuring out different patterns. One boss fight, in particular, was rather interesting, as it had you play musical chairs through a rhythm game.

Outside of boss battles and other battle missions, there are plenty of side missions available. These aren’t necessary to beat, but they are useful to earn money to help pay for the steep entry fees required to take on each boss. These side quests range from collection quests (finding kittens throughout the city, rare trading cards, or scorpions for the sushi chef), to public service quests (cleaning public toilets, picking up trash, or mowing the lawn), to bike races.

This brings me to my least favorite aspect of the game—riding your bike around different zones where you can see the performance hits and the game loses some luster. The cityscapes and zones that you travel around look boring and empty. And to top it off, the game can’t render the landscapes fast enough when you are zipping around on your bike. I can’t tell you how many times I crashed into a wall or a building because it seemed to appear out of nowhere, and I couldn’t react fast enough. Admittedly, it did cause some hilarious scenes; as Travis gets thrown off his bike, swear words are abundant as he gets back up and brushes himself off. 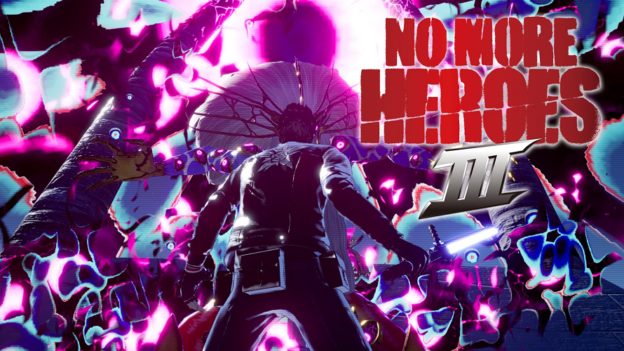 Travis Touchdown has grown in his “final installment” of No More Heroes. Because of this, the overall game has a different feel than previous entries and might be why it’s my favorite game in the franchise.  Travis is a much more likeable character with some tangible realizations of action’s consequences. Paired with an interesting story, this makes No More Heroes 3 the best entry in the series. If you are a fan, No More Heroes 3 should definitely be added to your library.