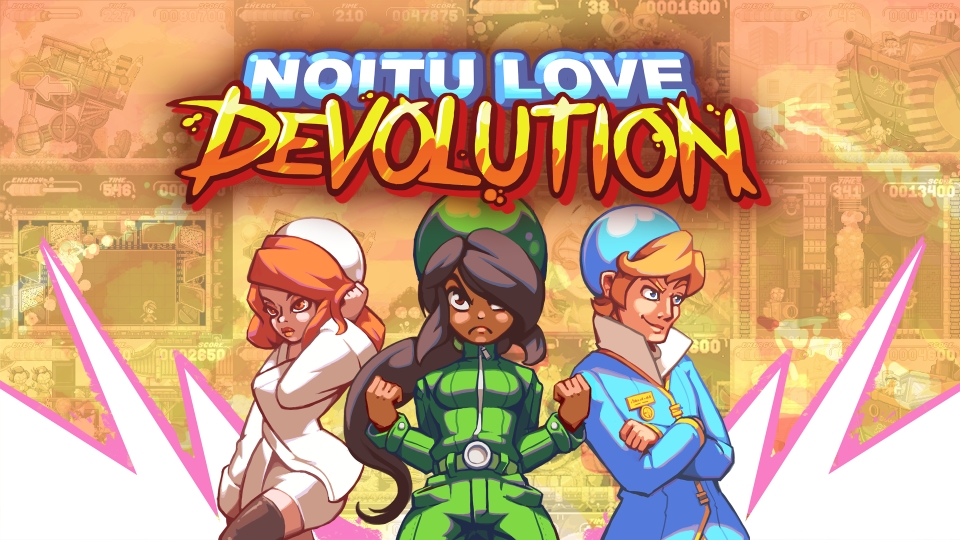 If you’re curious about the Wii U version, be sure to check out Trevor’s review HERE.

Noitu Love 2: Devolution may sound like an odd name for a video game to you, and that’s because it is. However, all naming conventions aside, this little title from developer Joakim Sandberg and MP2 Games packs quite a punch. If you’re into arcade style action games, read on to find out more. 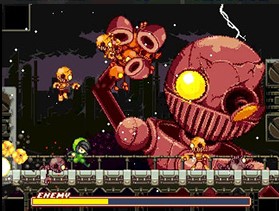 As the 2 in the title suggests, this game is a sequel to the original Noitu Love, but that is where the similarities end. With the first game being more of an action platformer, Noitu Love 2 focuses more heavily on combat this time around. Set 100 years after the events of the first game, an organization known as the Peacekeepers League is now in charge of protecting the city. You play as the rising star of the Peacekeepers League, Xoda Rap, as she attempts to defeat the newly resurrected Darn army that plagued the people of the city so long ago. What’s more, parts of the city are reverting back to places from the past, and it’ll be up to you to figure out why this is happening as you fight your way to stop whoever is responsible. The story itself is fun, with quirky bits of humor sprinkled in for good measure, and luckily you don’t need to have played the first game in order to dive right in to the robot busting action. 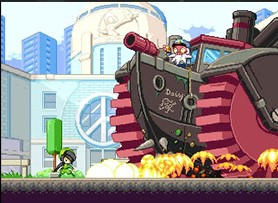 Visually, the sprite work of Noitu Love 2 is wonderful to look at, as the characters and environments have a lot of personality injected into them. The smooth animation brings life to the characters and bosses in the game’s world, and it pairs well with the fast paced action. The music also plays its part well, and while the songs may not stick with you once the game is off, the tunes fit the themes of each level well, and they also keep you pumped and motivated to get a good rank on each stage. 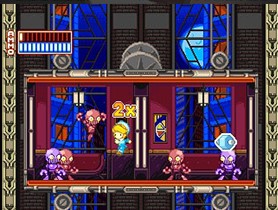 Perhaps the most unique aspect of this title is its control scheme. Utilizing both the 3DS’ D-pad and touch screen, you’ll do all your attacking with the touch screen. While the D-pad is used for movement, tapping a nearby enemy will have Xoda slash at it with her sword, and you can rack up damage by quickly tapping an enemy repeatedly. If you want to get more technical, you can pull of a special attack by swiping left or right, and not only is this useful for clearing out enemies, but it also makes for a great way to get out of danger quickly. You also have an upwards spinning attack that can be activated by swiping up and a shield you can summon by holding down on the d-pad and touching the screen. All of the moves at your disposal work together well, and it won’t take long before you are moving from one enemy to the next with a few swipes of your stylus in order to rack up some combos.

While the use of the touchscreen does help keep the combat smooth and flowing, it can also be uncomfortable to hold onto the 3DS in one hand while you furiously tap enemies on the screen with the other. This is alleviated if you have access to a 3DS stand like the one that was supplied with Kid Icarus: Uprising. Unless you don’t mind some minor discomfort, for longer gaming sessions I would recommend that you play with a 3DS stand if you have access to one. 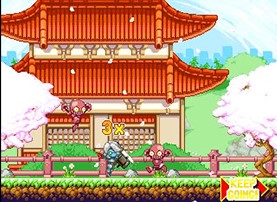 For $9.99, Noitu Love 2 is a short game at just seven stages, but the inclusion of unlockable characters and a hidden boss fight should be enough to keep you occupied, especially if you’re a completionist and wish to make top rank on each mission. The excellent visuals paired with a decent sound track and some creative boss battles make this a fun game to experience. The controls allow you to carve through your adversaries with ease, even if juggling your 3DS and stylus at the same time can be a little uncomfortable. If you’re into shorter, more arcade style action games, you’ll definitely have fun and appreciate the creativity that went into the game. If the control scheme or the game’s short length bother you, however, it may be best to pass on this title.

Noitu Love 2 features great visuals, cool unlockables, and a fun combat system, but the game’s short length and somewhat cumbersome stylus controls might be a turn off for some.