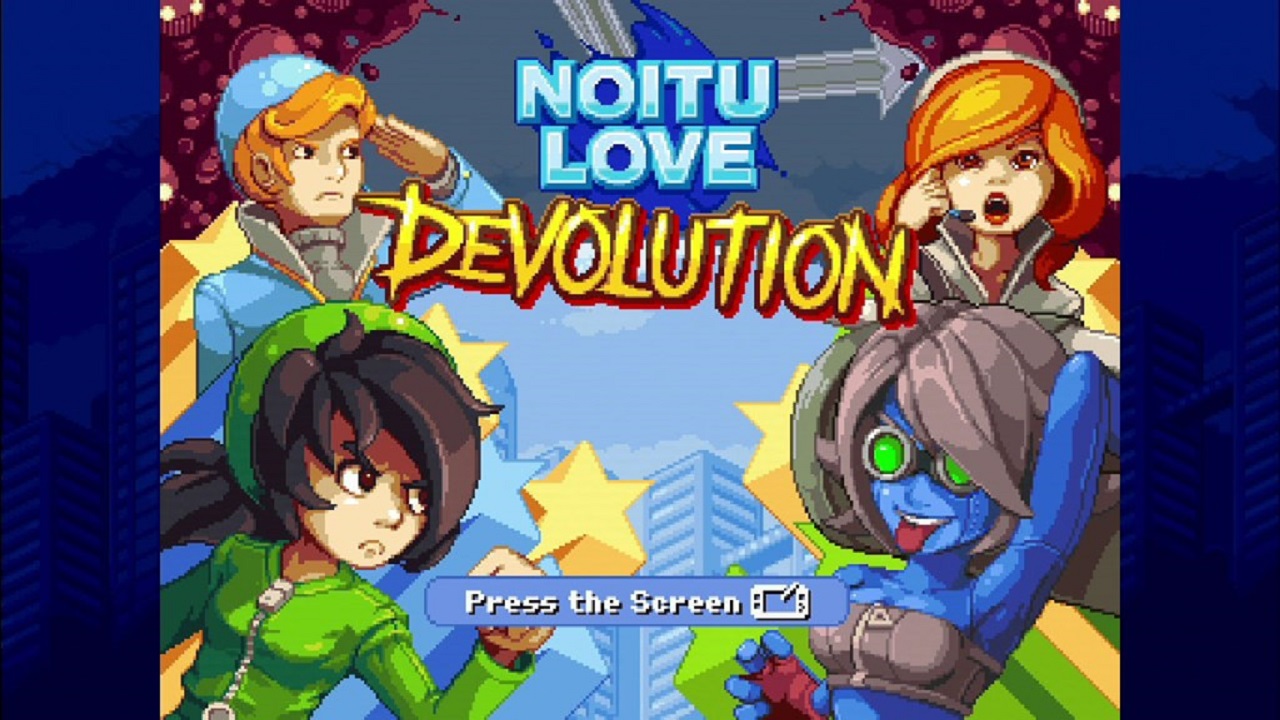 An old PC game originally slated for a WiiWare port, Noitu Love 2: Devolution has recently released on both the 3DS and Wii U eShops for Nintendo gamers to finally check out. Alex published an in depth 3DS eShop review. Now let’s take a look at how the action plays out on the Wii U. 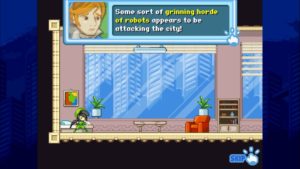 The plot, though not lacking, isn’t the focal point. For an arcade type game though, how much do you really need? The intro brings you up to speed on its predecessors story. In short, you are defending the city from a robot army in the year 2288, a tale that gets expounded upon as you progress. The gameplay reminds me of Gunstar Heroes, which is definitely a good thing. 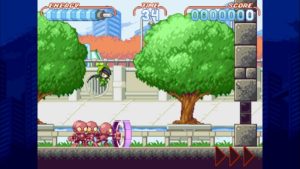 My favorite part of Noitu Love 2: Devolution is the impressive graphics. The bright and colorful presentation, the sprites, the sheer variety of locales, etc. There is a ton of detail, not that you’ll have much time to stand around and admire all the sights. The action is fast and steady here, with a well-suited soundtrack to boot. Everything looks very good in motion. The boss encounters are another big highlight, but I don’t want  to spoil any surprises. Rest assured, they are something else. 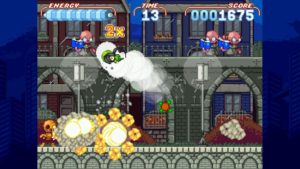 I do not enjoy the stylus controls as much as Alex did, but thankfully this Wii U version supports the Wiimote and Nunchuck. It’s still not the best control setup (you jump by hitting up for instance) but it’s certainly my preferred method of the two. A tutorial walks you through the available moves. Either way though, I find my wrist hurting before long, so take note; the keyboard controls have had a decidedly mixed transition to the console realm!

The game is on the shorter side (hence a shorter review), though this isn’t necessarily a bad thing. It doesn’t overstay it’s welcome, and helps alleviate discomfort. There’s some extras as well to entertain on replay. It’s a real shame there’s no two player mode though, as this type of game really screams for such support! There is a welcomed cross buy promotion discount, but your control preferences will likely dictate if you add the game to both your Wii U and 3DS digital collections, or skip it. If you are interested, grab MP2 Games Noitu Love 2: Devolution early during launch week for the extra 10% off Nindie Summer Jam special.

There is a welcomed cross buy promotion discount, but your control preferences will likely dictate if you add the game to both your Wii U and 3DS digital collections, or skip it.