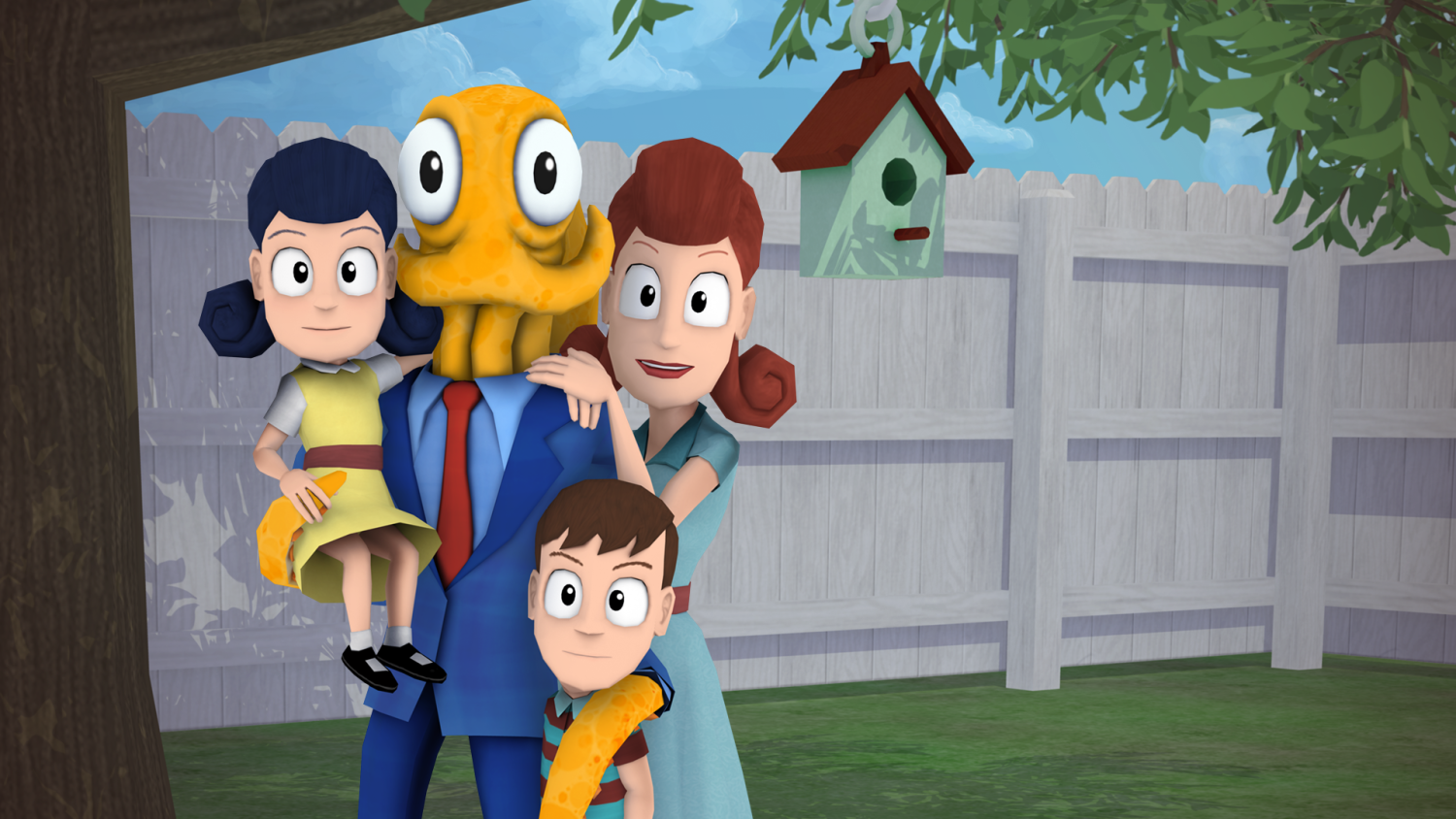 (Special thanks to YouTuber Nintendo Impact Gaming! for letting us use their video!)

Parenting has got to be one of the most demanding jobs in life. Not only do you have to put your family’s needs before your own, but you also have to constantly be wary of your actions so that you’re setting a good example for your children. While parenting on its own may seem like a daunting task to some, it becomes even more complicated when you happen to be an octopus. In indie developer Young Horses title, Octodad: Dadliest Catch, you’ll face such challenges as you try to live out your days like an average Joe while trying to keep your identity a secret. 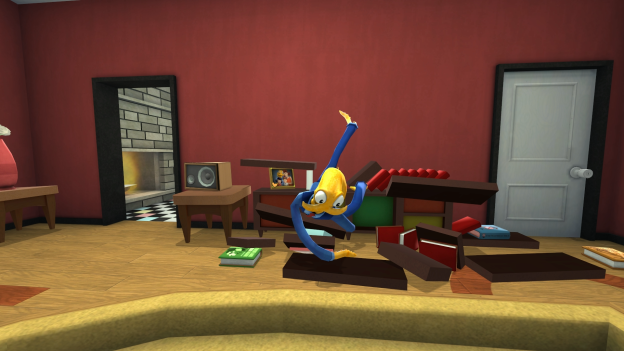 Presentation wise, Octodad is a good-looking game that already sets itself apart from other indie titles by having 3D visuals. All of the characters are rendered nicely, and the environments are colorful and they invite you to explore. The music also complements the gameplay well, and the voice acting in the cut scenes are great to listen to. Overall, the game feels well put together.

The best part of Octodad is the way the game controls. In order to get around, you’ll have to alternate between pressing the ZL and ZR buttons on the game pad to move Octodad’s left and right foot respectively. The right control stick moves your hand up and down, while the left stick moves the arm forwards and backwards and left and right. The controls feel pretty natural once you get the hang of how everything works together, and seeing Octodad flail around the scene trying to “blend in” is truly hilarious. 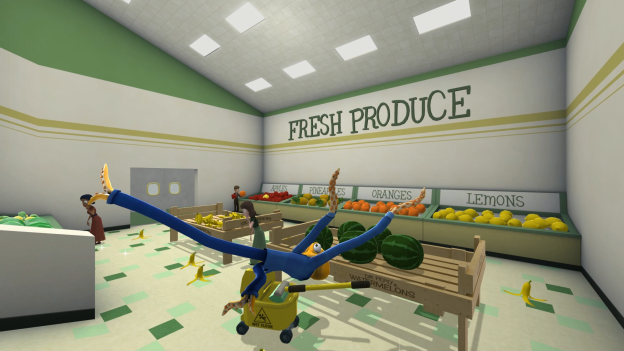 As you play the game, you’ll be tasked with completing everyday jobs all while keeping your identity a secret. You’ll mow the lawn, make coffee, go grocery shopping, and sneak past Marine biologists during a family outing at the aquarium to name just a few of the scenarios you’ll be placed into. Any suspicious activity noted by your family or the general public will slowly fill up a meter, and if it reaches maximum capacity, your cover will be blown. Octodad does a great job of not only putting you in hilarious predicaments, but the various tasks you are required to complete are varied so you won’t be bored. The game can be completed in a couple of hours, but your time with the game will be memorable. 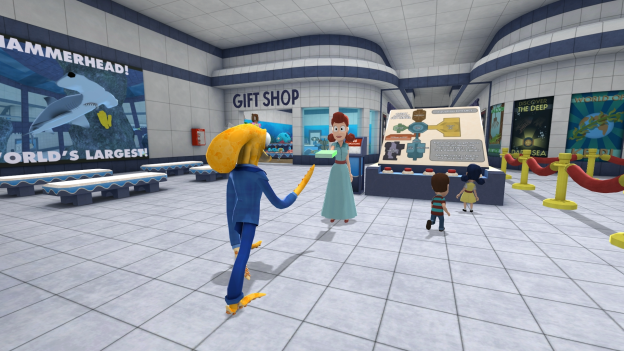 In addition to the main story, the game also has two mini-challenges for you to complete. These short but creative levels add some nice replayability to the game as you can race to beat the developer’s clear time. Also scattered throughout the main story and the mini-challenges are hidden ties for you to find, and once you collect one you can equip it to Octodad for purely cosmetic purposes. Add in some built in achievements to go after, and Dadliest Catch has a decent amount of content to keep you entertained past the first play through. 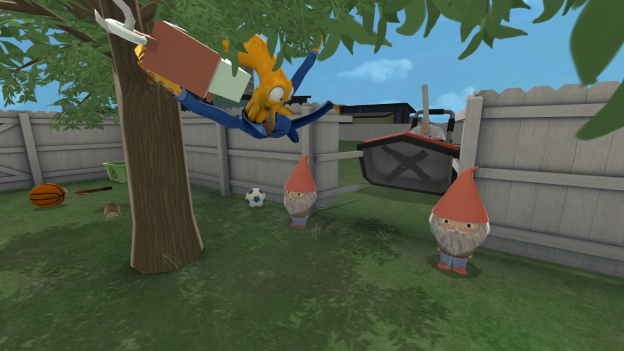 Octodad: Dadliest Catch is a great addition to the Nintendo eShop. Not only is the game’s premise hilarious, but also the fun characters and touching story make playing through the game rewarding. The visuals and voice acting are a nice departure from most of the 2D Indie titles available on the eShop, and while the game may not be incredibly challenging, there is plenty to keep you coming back for a while. If you’re looking to pick up a title off the eShop and want something that will make you laugh, Octodad: Dadliest Catch is definitely recommended.

Octodad: Dadliest Catch is a good looking game with a touching story and a hilarious premise. While it may be a short game, there is still plenty to do for the completionist after the first play through.