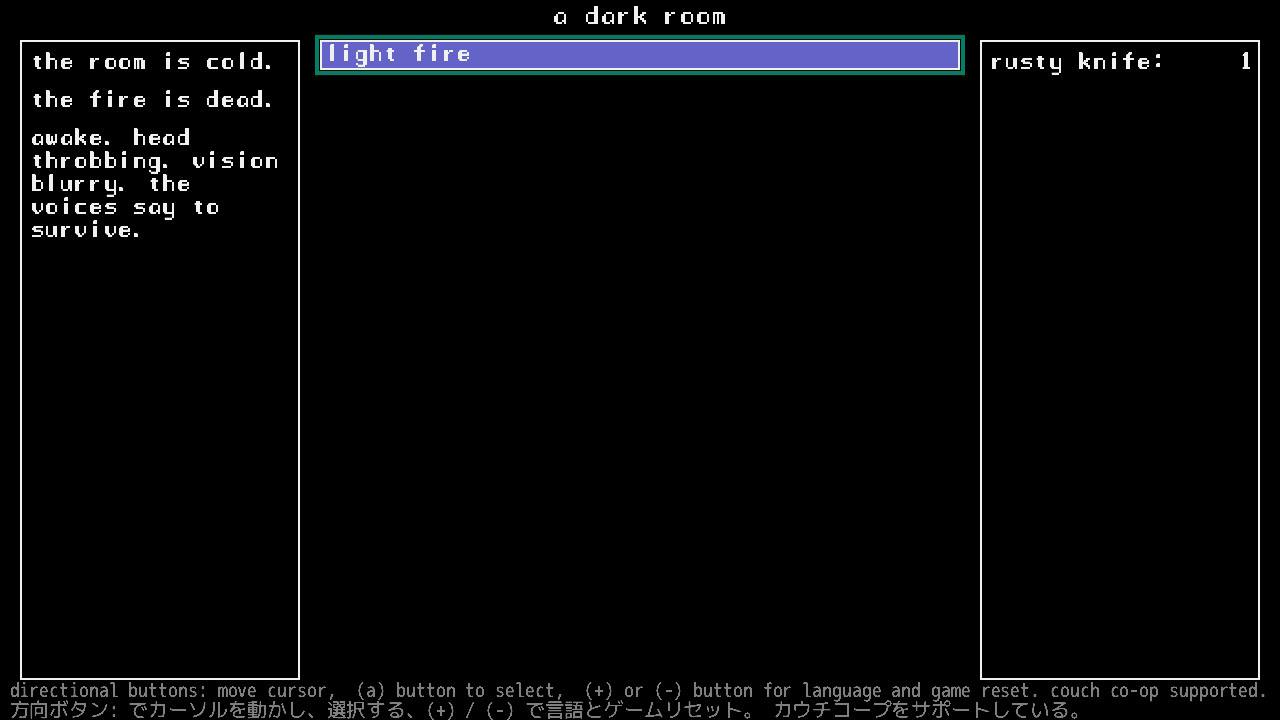 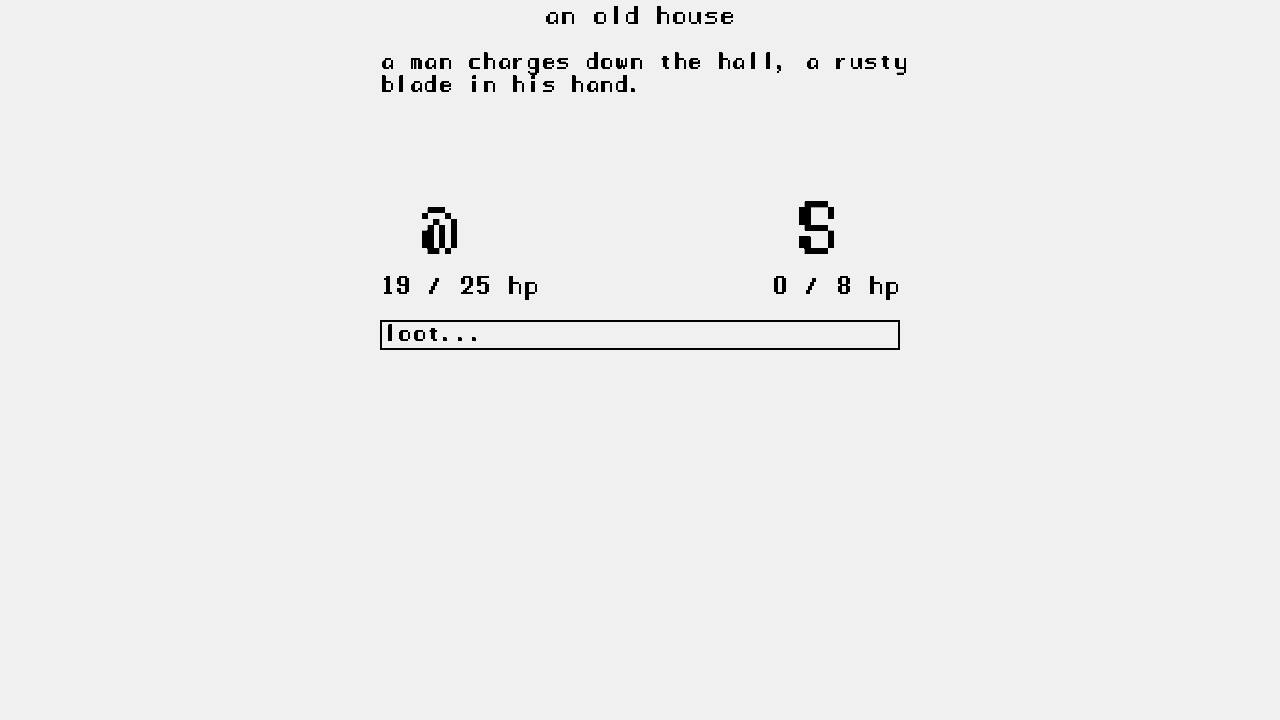 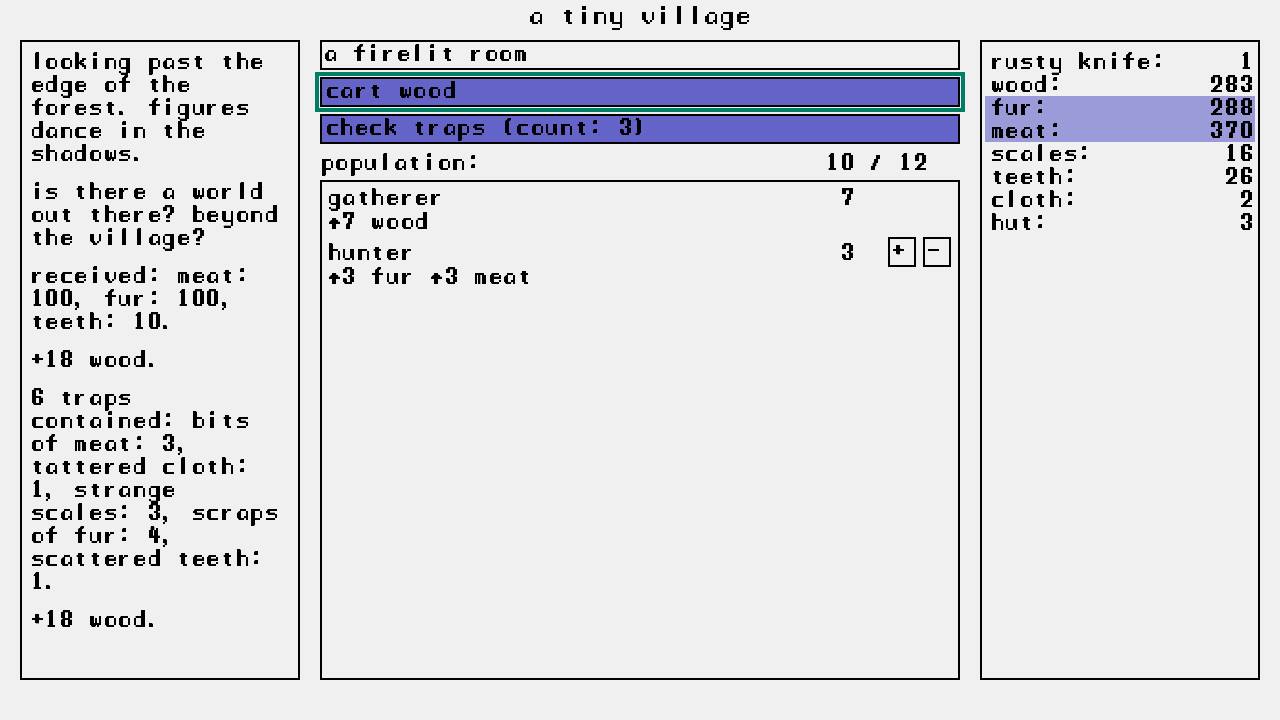 Why? The creator of the game, Amir Rajan, revealed a way to turn the game into a Ruby interpreter that would allow you to alter the game’s code. And so, A Dark Room was removed from the Switch and has yet to return as of this writing.

But what about the game itself? A Dark Room is one of those wonderfully weird games that takes a gimmick, in this case, it’s rendered entirely in ASCII text, and uses that to tell a story that starts off as an exploratory tale, turns into a city building game, then an RPG, and in the finale takes everything that went before to turn it into a heartbreaking story of betrayal and obsession.

To reveal anything more about the story would ruin it. 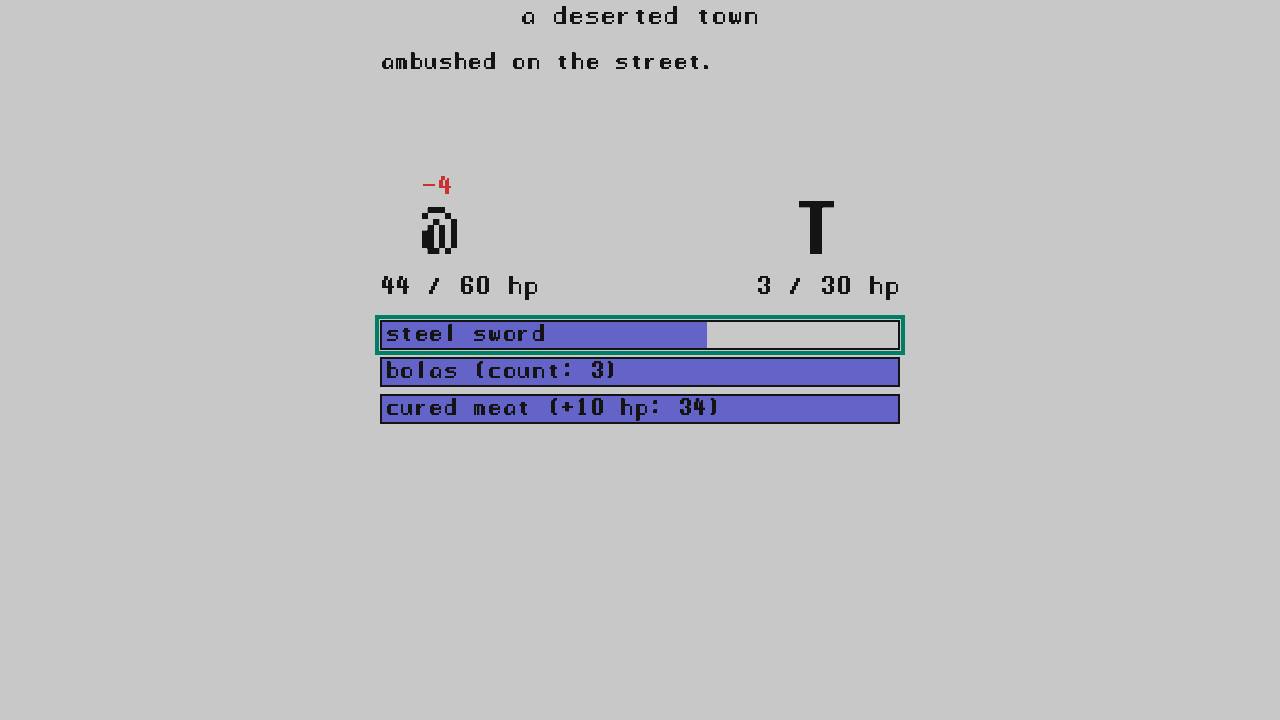 In terms of presentation, A Dark Room looks like an old Infocom adventure, but rather than typing commands, you choose from a drop-down list. When you get to the city building portion, your citizens will regularly gather resources, which you can augment with personal missions. Improving your village leads to better equipment, allowing you to leave the medieval-level village and explore the world to discover the even larger story. And you’ll want better gear because attacks come quickly and constantly, but even more so… simply. Fights are resolved by tapping keys after status bars are depleted.  Luckily death returns you to the village, but you lose all the gear you were carrying.

A Dark Room succeeds because just when a part of the game gets familiar, it switches gears. The game keeps pushing you to explore, but why? In most other games, exploration is simply something you do because… well, it’s a game! You’re supposed to explore! But as A Dark Room hints more secretive reasons for your actions, you might wonder if you ever really had a choice at all.