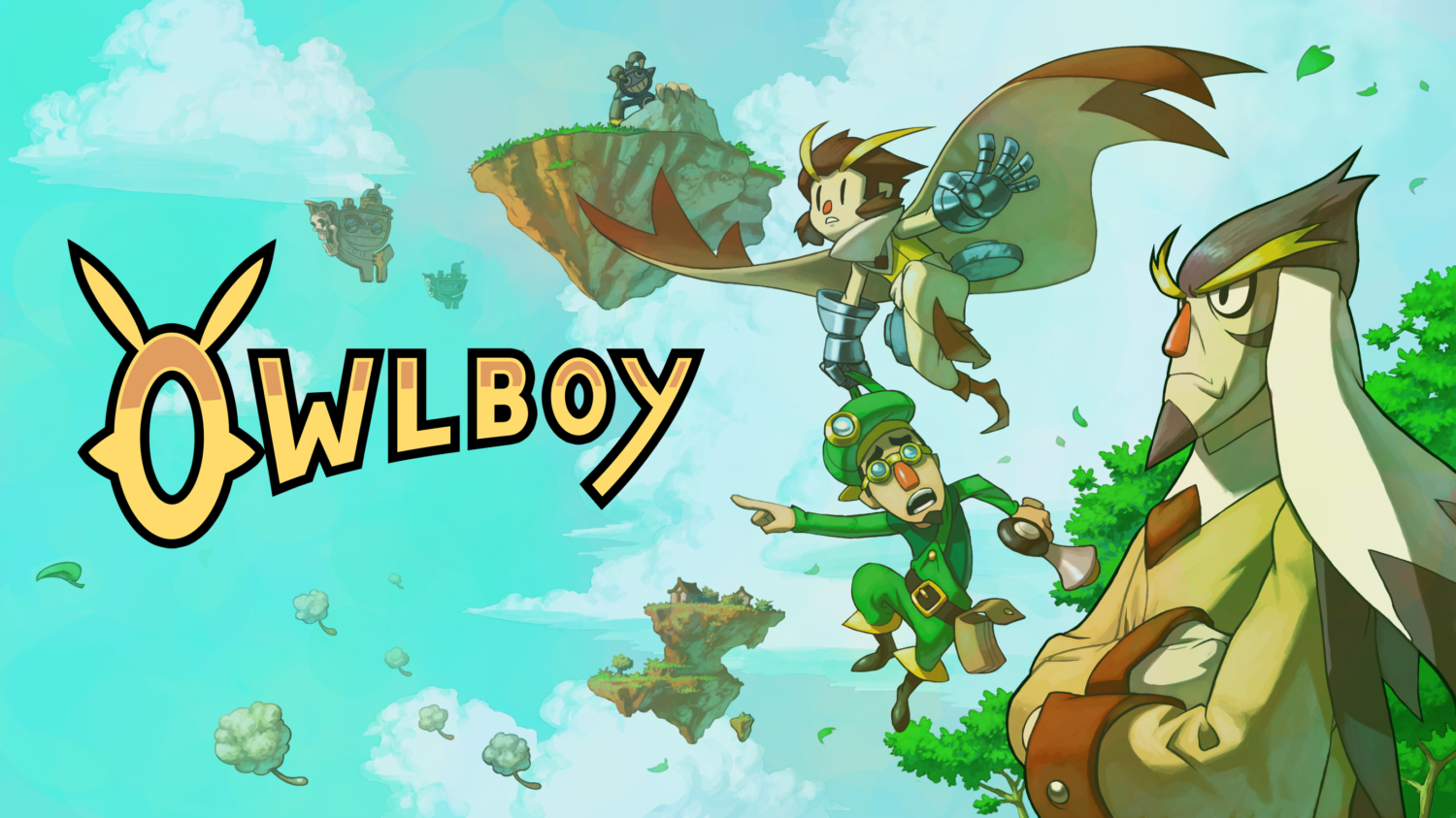 With its heartfelt story, consisting mostly of sorrow, friendship and comradery, Owlboy, the latest from D-Pad Studio, is worth checking out on Switch.

Owlboy is a tale of sorrow and friendship, a story that will make you feel sorry for the game’s main protagonist, but also happy when you see that he finds solace in his brave and loyal companions who are with him every step of the way. You play as Otus, a young owl without the ability to speak, and his buddy Getty. These two, along with the help of others, must ultimately stop the evil pirates who have invaded their village.

The story of Owlboy is an emotional journey which includes death and negativity. Unfortunately, most of the disrespect is directed towards Otus and his friends, albeit warranted at times. Just when you think Otus is on the right track and actually doing some good, his tough-as-nails mentor shoots down his positive attitude and you sadly witness the toll it takes on the hero. Owlboy will certainly strike your emotional strings, so be sure to keep a tissue box handy.

Unlike most “save the day” adventure stories that include strong and powerful protagonists, heroes that look into the face of evil without hesitation, Otus, on the other hand, is the exact opposite. He’s definitely weak and clumsy at times with only the ability to fly and roll through the air. But even with that said, his friends are there to help him along the way. 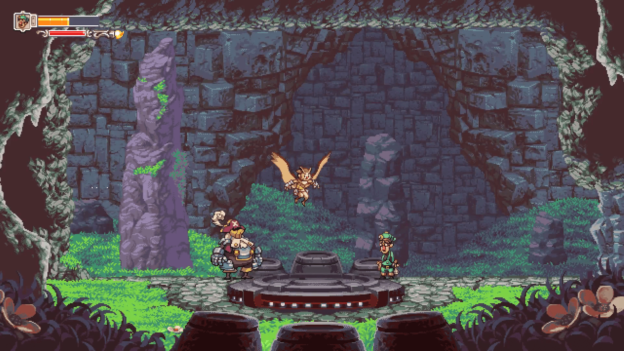 Getty, who is a military figure in the village is Otus’ best friend and often interpreter. Along with Otus’ help, Geddy can shoot enemies with his gun, giving Otus a clear line of flight. Handling this character in particular is easily done and brings a classic shoot-em-up vibe to the table, similar to other shoot and dodge games. Alphonse, who is a reformed pirate turned ally, can also be carried by Otus. His weapon of choice is a blast gun of sorts which can be used to destroy multiple enemies at once or to clear a path.

Although each of these characters are weak by themselves, together they are a strong force to reckon with, which is fueled by friendship and comradery. They all seem to be there for one another, and stand up for eachother in the face of evil, which does nothing but bring a warm feeling to the heart.

Owlboy is anything but linear, as Otus and company are given the opportunity to virtually fly anywhere they see fit. The adventure is geared to fall into the “Metroid-vania” category, so back traveling and exploration is an option, which doing so can open up the game’s atmosphere even more. Sometimes I chose to just fly around and do nothing other than indulge in my own curiosity. This is where I had the most fun, simply because flying around as Otus is easily done and certainly a joy to do.

I absolutely fell in love with the game’s soundtrack, as its varied and filled with heartwarming melodies. At times, the tracks are often a blend of 8-bit chiptunes and modern instruments, which provides a classic yet up-to-date sound that’s pleasant to hear. My favorite track of them all has to be the one found above, as it reminds me good-old SNES days. If anything, I spent more time flying around in this particular area only because I loved to listen to this song.

I had an awesome time with Owlboy. The game possesses a great story that may bring tears to your eyes, but it will also bring you happiness as this little Owl soars thru the sky with his loyal friends. If you have a taste for retro-styled music, you’ll definitely get a kick out of the soundtrack, and will find yourself residing in the same area because you love hearing a particular song.

Owlboy is an awesome game with an amazing soundtrack, classic feel, and relatable characters.