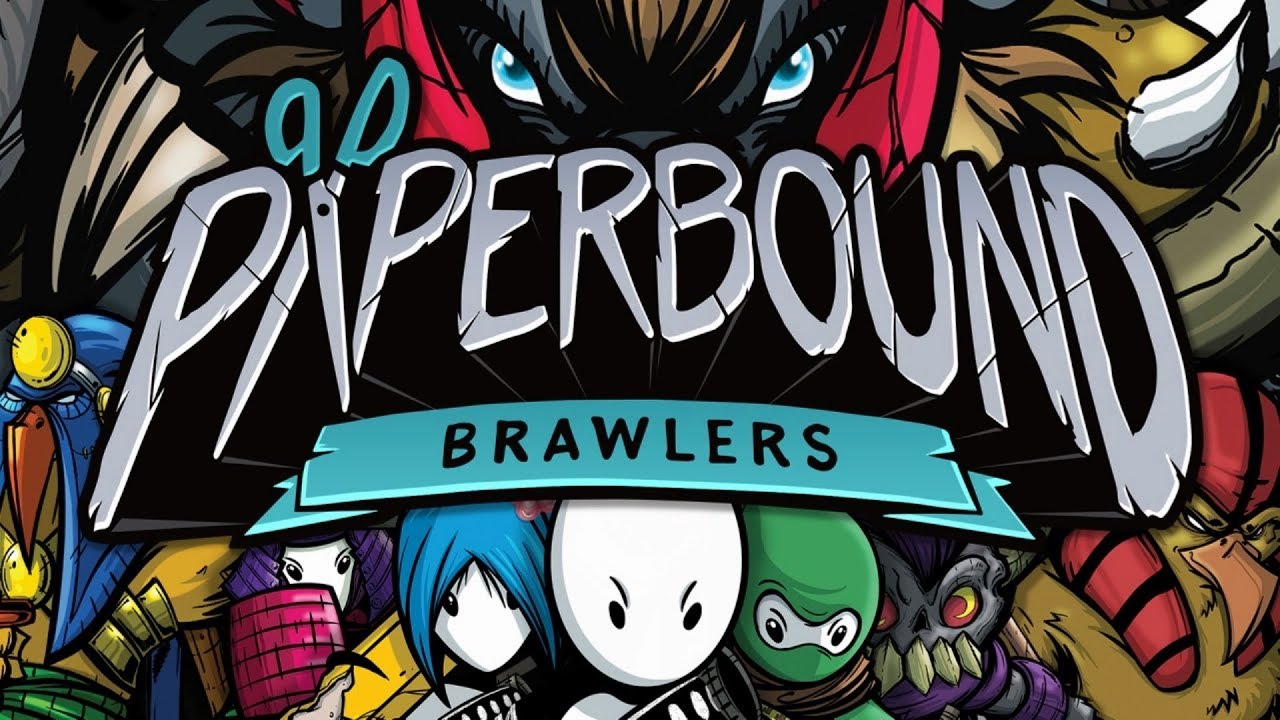 Sure, you love brawling games, with their frenetic gameplay, dizzying speed, and best of all, the fun of crushing your friends and loved ones with imaginary violence. But what if you could take all the mayhem of one of those games and add a vertigo-inducing ability to change gravity? Then you’d have Paperbound Brawlers, now out for the Nintendo Switch. 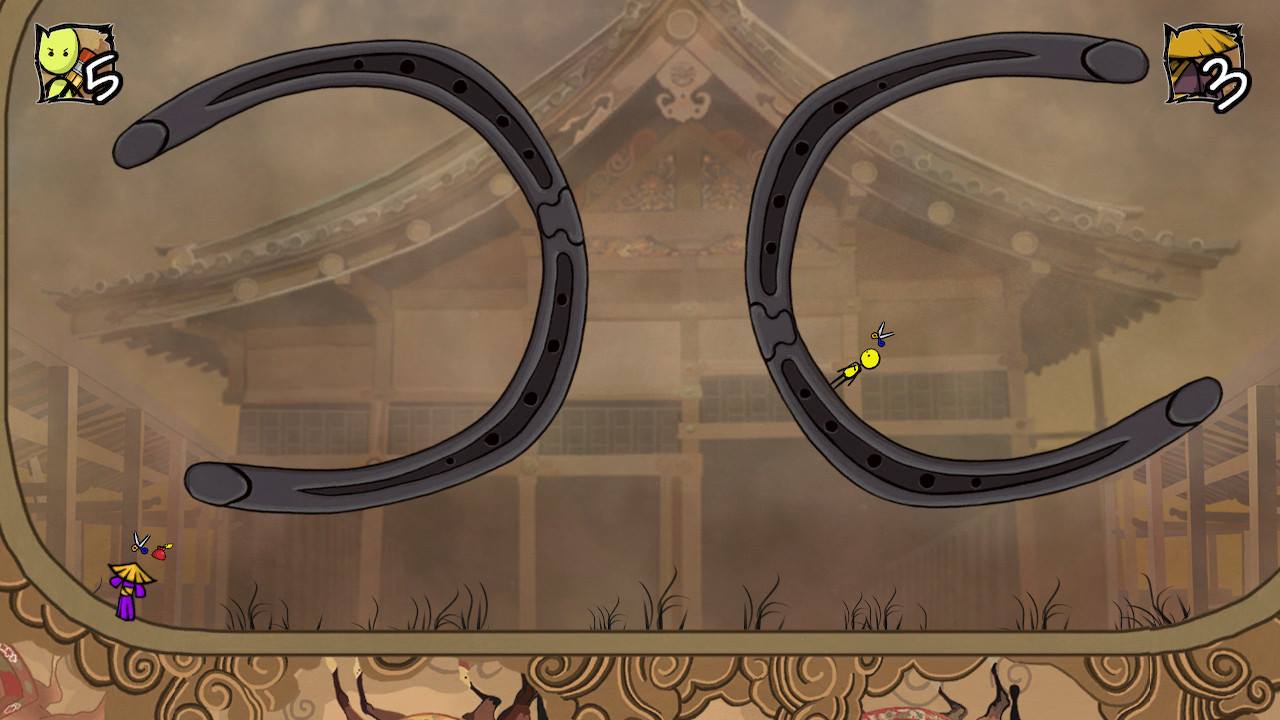 Twitchy games by design, most fighters at least give you the comfort of knowing which way is up and which is down. Not so here, because in addition to the myriad ways of attacking your enemies—cutting them down with a melee attack, tossing a goo bomb, or throwing a pair of scissors—Paperbound Brawlers lets you invert gravity with the touch of a button. Characters flip from floor to ceiling, or if they land on an object in-between, that becomes their new “floor.” This allows you to make lightning-quick moves (because the fighters fall much faster than they can run). You can also reverse gravity again in the middle of such a move and slightly alter your trajectory. 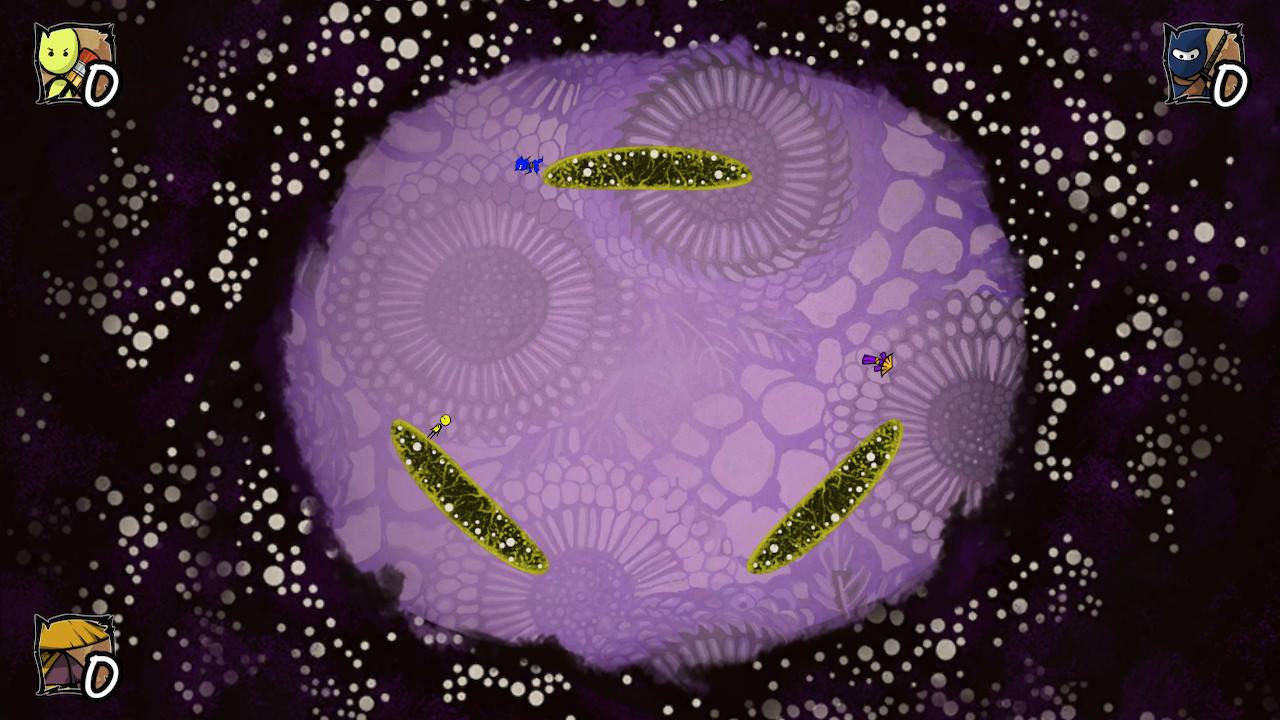 Paperbound Brawlers can be overwhelming at first, especially since the combat is so rapid and one hit from anything causes you to die, respawning after a few seconds. But it becomes easier once you learn to embrace the chaos. Well, and learn the multiple controls; there were many times I meant to invert gravity, only to throw a goo bomb…that landed on myself. Oops.

I can’t speak highly enough for how ingenious the level design is: Some levels are simple rectangular circuits. Some have platforms in the middle. Some have objects that rotate, meaning even knowing which way you’re going to face when you land is in question. And in my favorite level so far, only the objects in the middle of the screen are solid; if you invert yourself off the edge you appear on the opposite side of the screen, Asteroids-style. 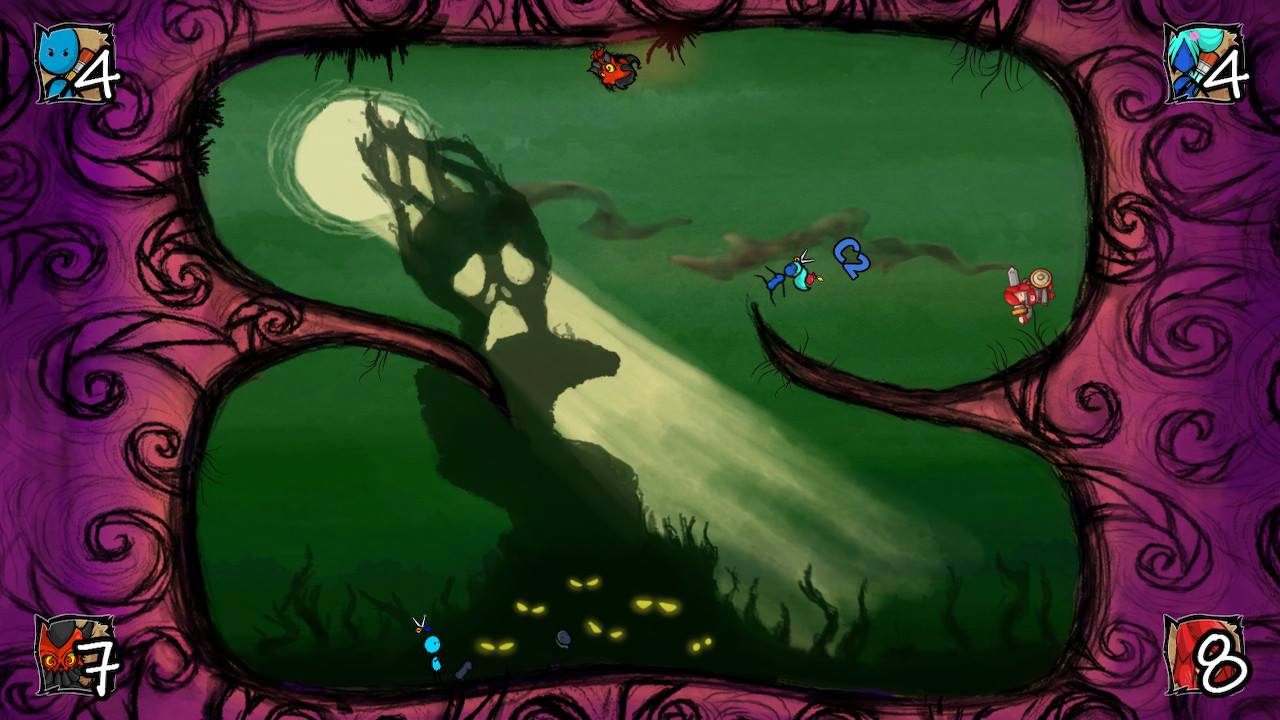 There’s a multitude of objectives as well. The basic “Versus” style means you try to kill your opponents more times than they kill you, then escape before they can close the exit. In another, the first player to score a kill becomes a glowing “king” who must then avoid being killed for as long as possible in order to accumulate points. “Capture the Quill” challenges you to steal a feather pen from your opponents’ “base” and return it to your base. The trick is you can’t score any points if your quill has been stolen, too. In “Gravity Ball” you score by catching and moving the ball into your opponent’s goal, but the twist is the ball isn’t affected by gravity; if you drop it (by being killed), it doesn’t “fall.”  The most challenging one (so far) is “Gatekeeper,” where you have to prevent waves of enemies from reaching multiple exit points that appear. 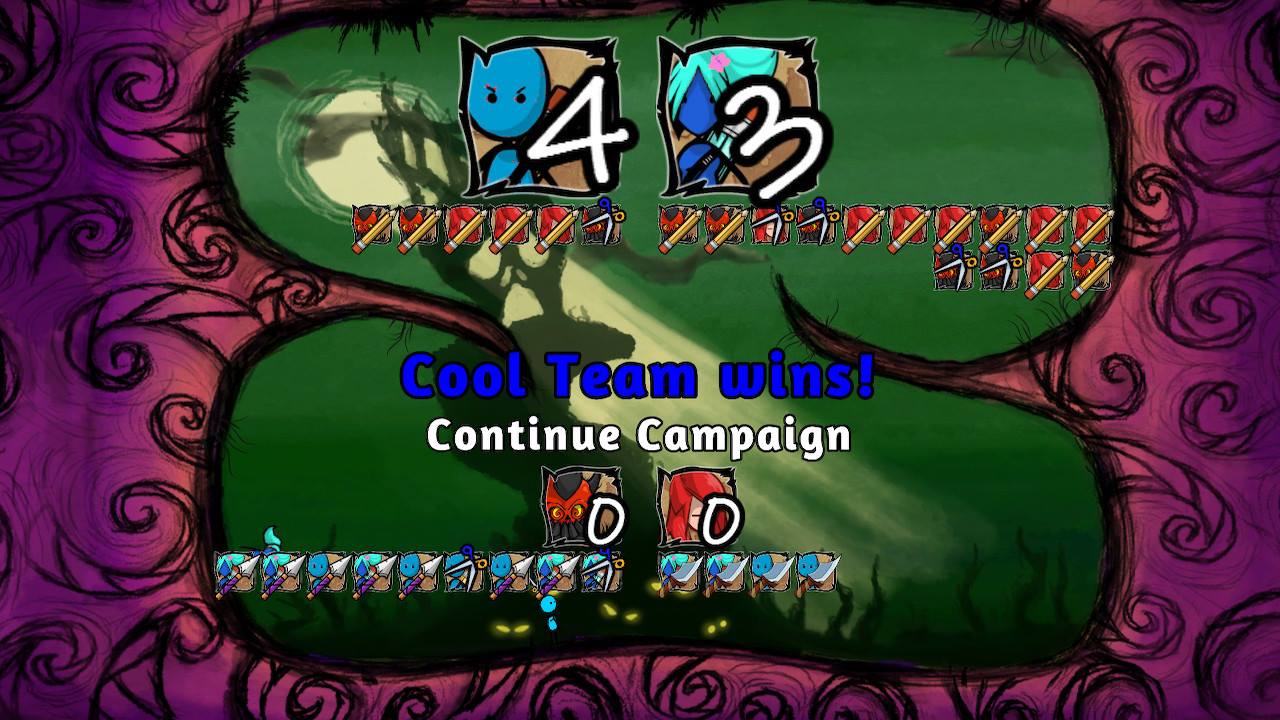 Paperbound Brawlers supports up to four players, and you can control a character using an individual Joy-Con if you choose. If you’re playing alone the AI is good but not unbeatable, and is remarkable for having different tactics depending on the level. If you don’t chase the “king” and he finds a safe spot from projectiles, he’ll stay there. In another, a character actively kept his distance, waiting for me to make a mistake.

Paperbound Brawlers was so frantic the first time I played it that I couldn’t keep track of the action and quickly switched the game off. I’m glad I came back, though, because things start to click once you get the hang of how to use gravity as a weapon, and you start to see each level in a brand new light. Planning becomes virtually impossible, and you exist simply in the moment. Until a goo bomb kills you, that is.