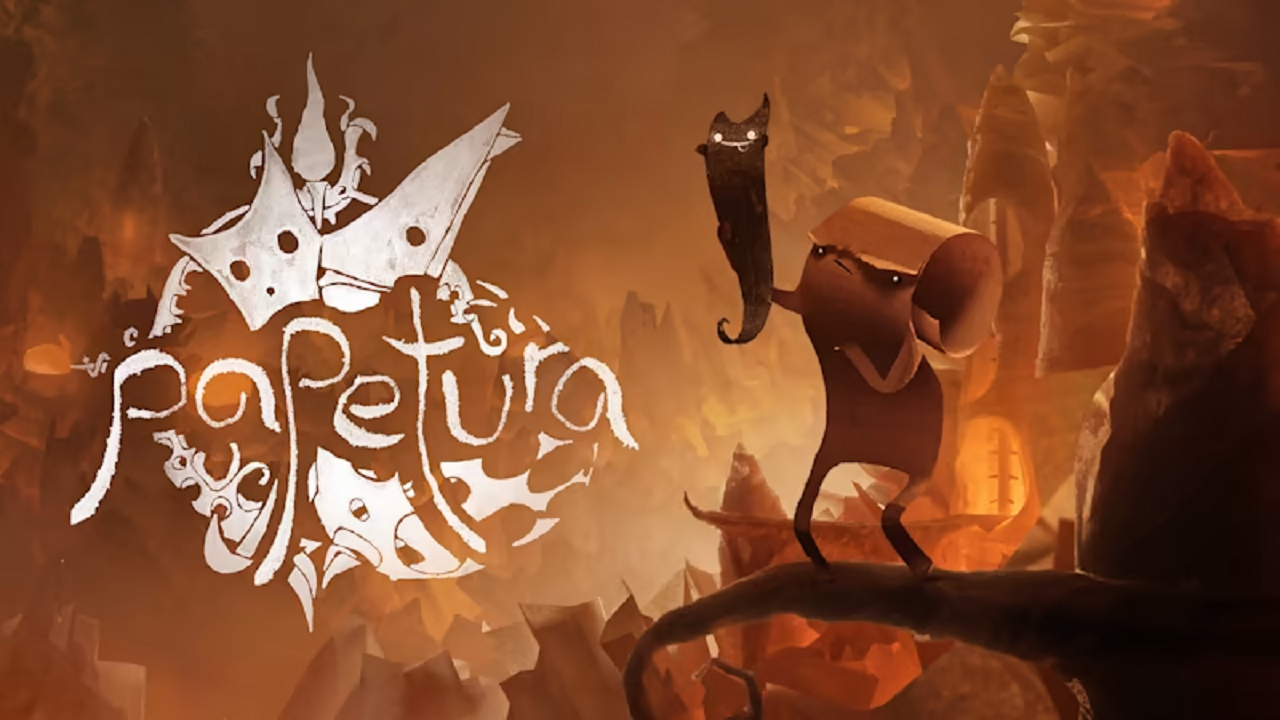 Papetura, an amalgamation of the two lead critters’ names, is better than its peculiar branding would suggest. Part puzzle platformer, part graphic adventure, wrapped in cinematic flair, it left me with favorable memories.

At heart, this plays like a modern hybrid point-‘n’-click game. After a slow start, the game soon finds its footing as you’re trying to save your home (and the home of others) from a dangerous threat. Papetura opens up in a way where you can branch off in multiple directions, all of them alluring. Its world is manageable while still feeling realized in size.

As Pape, who looks a bit like a scroll, you use your insect-like partner, Tura, to advance. The puzzle-solving leads to getting a clearer picture of the dangers on the horizon. The plot is developed in subtle ways, but the mystery works. With so many of the puzzles dealing with light manipulation, it’s fitting that the lighting succeeds with the paper motif. The hand-crafted atmosphere is well animated, as are the creatures who reside within. It makes the world of Papetura feel alive. Thus, each puzzle you solve and each critter you help feels that much more satisfying.

The paper aesthetic is complemented by “the soft and fragile music of Floex.” (Machinarium) It puts you in the right frame of mind for your quest, building at appropriate intervals and relaxing at other times to serve as a real asset. Not all of the “strange noises” (in place of dialogue) hit the mark – an asthmatic-sounding boat ride especially – but more often than not, they fit Papetura’s exotic, paper-made alien environment.

At only two hours or so, some will take issue with Papetura’s length, which is understandable. Myself, I gravitate toward shorter games these days, especially if they’re good. And Papertura is very good. Without delving into spoilers, the ending impressed me enough that I almost wanted to start replaying the game immediately to pick up on more details. So I won’t be archiving this game to free up memory.

I see Papetura having a broad appeal to both fans of cinematic puzzle platformers and graphic adventures. It doesn’t overstay its welcome, yet it feels fully realized. It grew on me, and I suspect I’m not alone. With attractive visuals, a captivating world, and more, this game is well worth your attention.

I see Papetura having a broad appeal to both fans of cinematic puzzle platformers and graphic adventures. It doesn’t overstay its welcome, yet it feels fully realized. It grew on me, and I suspect I’m not alone. With attractive visuals, a captivating world, and more, this game is well worth your attention.