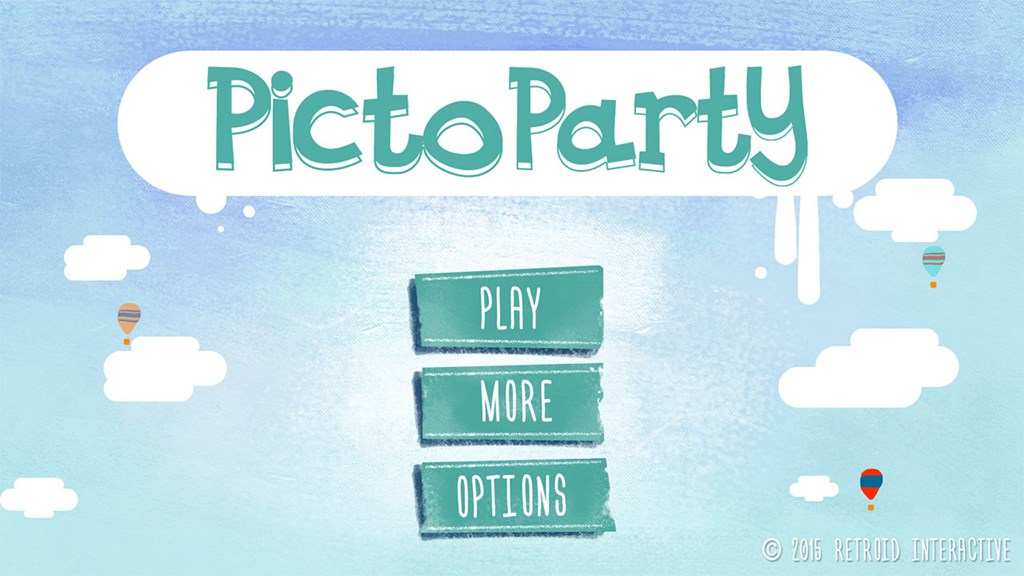 Ask most Game & Wario owners what they like best about the title, and the answer almost invariably comes back as Sketch.  That Pictionary variant is such fun with a group of friends, it’s incredible Nintendo never released a more robust, standalone version.  Enter Retorid Interactive with PictoParty.

Pictionary (and games like it) are so well known only a little explanation is needed, if at all.  The Wii U is without a doubt the ideal console for games of that style, as one player draws on the GamePad with others guessing as the image appears on the TV.  Retroid has included a number of fine options to customize their experience.  Chief among them is the ability to draw in various colors.  Settings allowing changes to the time (both game length, and pass penalties) are also greatly appreciated.

The area that was clearly the main focus for the developers was creating your own word lists.  In theory this leads to limitless replayability, save for the actual creator.  It’s an investment in time, but those up for it should find it quite fun and rewarding.  However what if you’d rather not create, and just want to play based on what’s already in the game?  This is where PictoParty runs into some trouble …

The included word dictionary is painfully small.  It says it’s “packed” with more than 700 words – I suppose that might sound adequate to some, but believe me it isn’t.  We starting running into numerous repeats, and  very quickly too – as early as the second time we booted the game up.  Let me be clear that the creation aspect is very good for sure!  But if your interest in that is limited, the included content in PictoParty is far too scant to brag about.  Hopefully the developers will give serious thought to adding more words.

PictoParty thus proves to be uneven.  If you’re the creative type, the option to build your own word list is certain to offer a long-term reward.  If you’re mainly looking to draw and guess though, your fun may be fleeting.  At $7.99 you get a tiny word list that’ll quickly repeat.  That limited content gives the game a slightly rushed, unfinished feeling.  I do give very high marks for the creative aspects, but wish Retroid had spent a bit more time on the game.

Let me be clear that the creation aspect is very good for sure!  But if your interest in that is limited, the included content in PictoParty is far too scant to brag about.