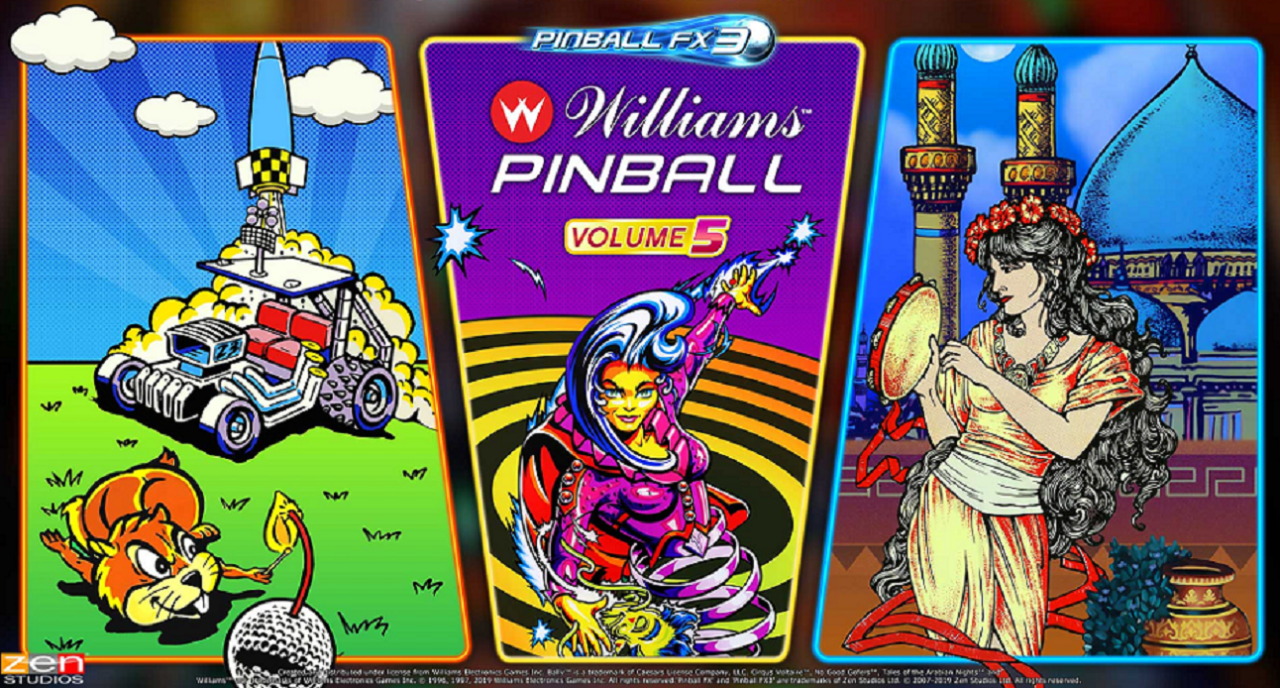 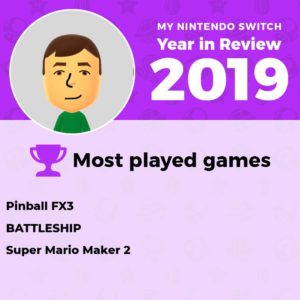 According to recent statistics Nintendo sent to my inbox, Pinball FX3 was my most played title of 2019. Considering it was released two years ago, I’d say that’s pretty impressive, speaking to the game’s legs. Of course, updates such as Williams Pinball – Volume 5, go a long way toward keeping my interest.

This DLC pack has three tables, so let’s take a look at each. I’m going to discuss them in the order of my least to most favorite. Keep in mind that none of these tables are bad; all are considered classics from 1996-97.

Tales of the Arabian Nights would be what I’d call the so-so table in this bundle. Some of this might stem from already being spoiled playing this table as a freebie on Pinball Arcade for the Wii U. I also can’t help but think that Zen Studios Pasha table did this theme (bazaar, genie, magic lamp) more engagingly. Not that the theme is a favorite of mine in any case, which is a factor. This table seems overly busy, with mixed music, and just comes up short in delivering a “play one more time” mentality.

Considering it has ‘Good’ in the title already, No Good Gofers is aptly named. This table also has quite a bit to it, but I find the theme much more amusing, and it’s fairly easy to keep the ball in play for a solid length of time. The hole in one shot in the upper playfield has been called “one of the greatest shots in pinball history” at least according to Wikipedia. Despite the hyperbole, yes, I am a fan of it. Having said all this, I’m in the minority by slightly preferring Gottlieb’s Tee’d Off. It’s a similarly themed golf table, albeit one that predates the Williams machine by over four years. Still, No Good Gofers is no bogey.

Last but certainly best is Cirqus Voltaire. An easy table to play, though not master, Cirqus has so much to look at with strong art and attractive, vivid colors throughout. Eye candy aside, the lively ringmaster and the preponderance of multi balls make this one enjoyable to play, time and again. Perhaps the best compliment I can give it is that when first playing the 5-minute challenge I thought the table glitched, not realizing that yes, the full amount of time had indeed passed and that’s why I was seeing the game over screen. It’s addictive!

Zen Studios has brought the usual amount of quality care in updating Pinball FX3 with this latest DLC pack. While the table trio varies in enjoyment, even the “worst” is still really solid. Williams Pinball – Volume 5 is a very good collection, one that could likely be considered a must for big enthusiasts.

Zen Studios has brought the usual amount of quality care in updating Pinball FX3 with this latest DLC pack. While the table trio varies in enjoyment, even the “worst” is still really solid. Williams Pinball – Volume 5 is a very good collection, one that could likely be considered a must for big enthusiasts.