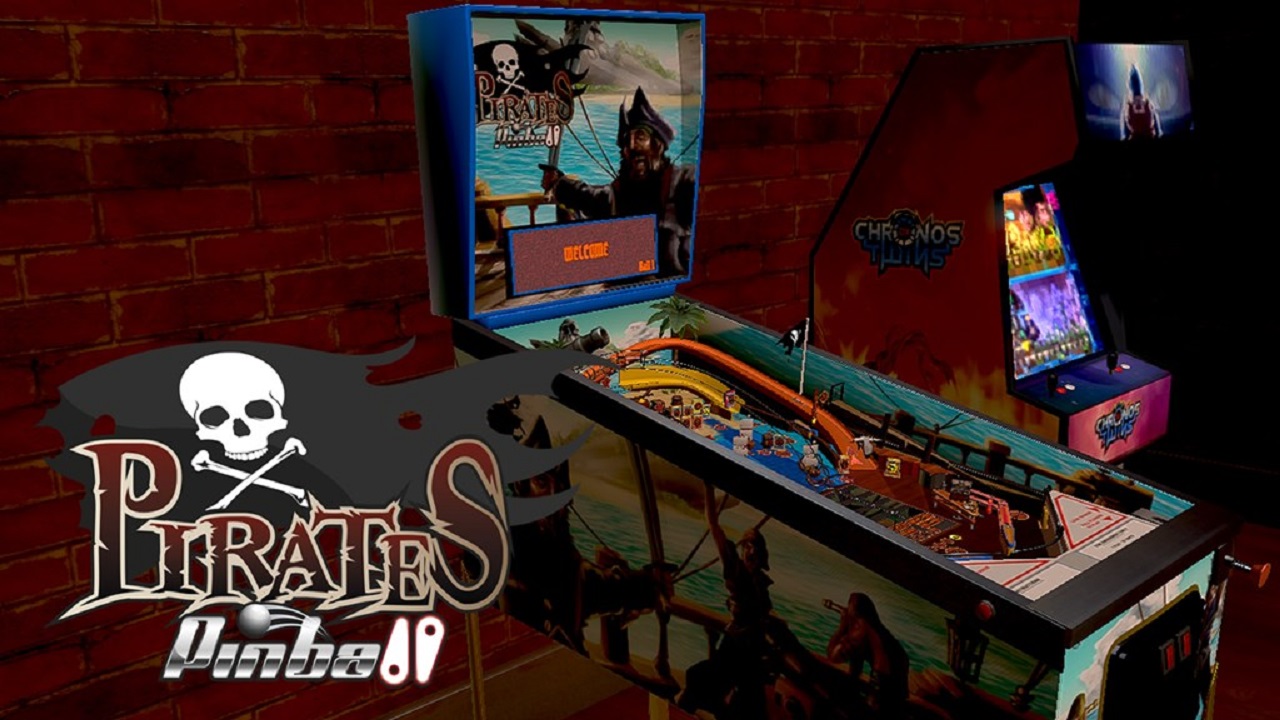 Pirates Pinball is the latest budget pinball offering on the Nintendo Switch eShop. EnjoyUp Games has been releasing these with some regularity over the past 9 months. After an odd infatuation with a trio of “Gloomy setting” horror-themed tables, they’ve returned to variety with a pirate theme.

Much of what I’m going to say about this game is applicable to the prior releases as well. To be fair, I’ve only played two of the five (Jurassic Pinball and World Soccer Pinball). But they deliver some fairly solid, if quite basic pinball at a cheap price. You’re getting what you pay for.

The rousing musical track makes Pirates Pinball seem more exciting than it really is. Thankfully the tune is catchy as these EnjoyUp releases only offer the one track for the one table.  A bit of eye candy is on display in the form of a flying seagull and a firing cannon, for what is an otherwise serviceable presentation.

Four different camera views are on hand, awkwardly mapped to the minus button. Even more awkward is vertical play only being available in Tabletop mode with detached Joy-Cons. Why not let players go full handheld ala Pinball FX3?

An online leaderboard lets you see where you rank among friends and the world. Sometimes you’ll see “An error has occurred. Please, try again later” message. HD Rumble, and the ability to adjust the music and sound effects volumes individually are some of the other standard inclusions.

Pirates Pinball is okay, but it only offers the rudiments of pinball. EnjoyUp Games would really be best served bundling these tables in a compilation. As a standalone release, I say wait until Pirates Pinball goes on sale for $1.99 to match the price of the prior tables. Even though $2.99 is cheap, the game is too basic for that price. You might be better off saving for a Pinball FX3 table pack.

Pirates Pinball is okay, but it only offers the rudiments of pinball. EnjoyUp Games would really be best served bundling these tables in a compilation.