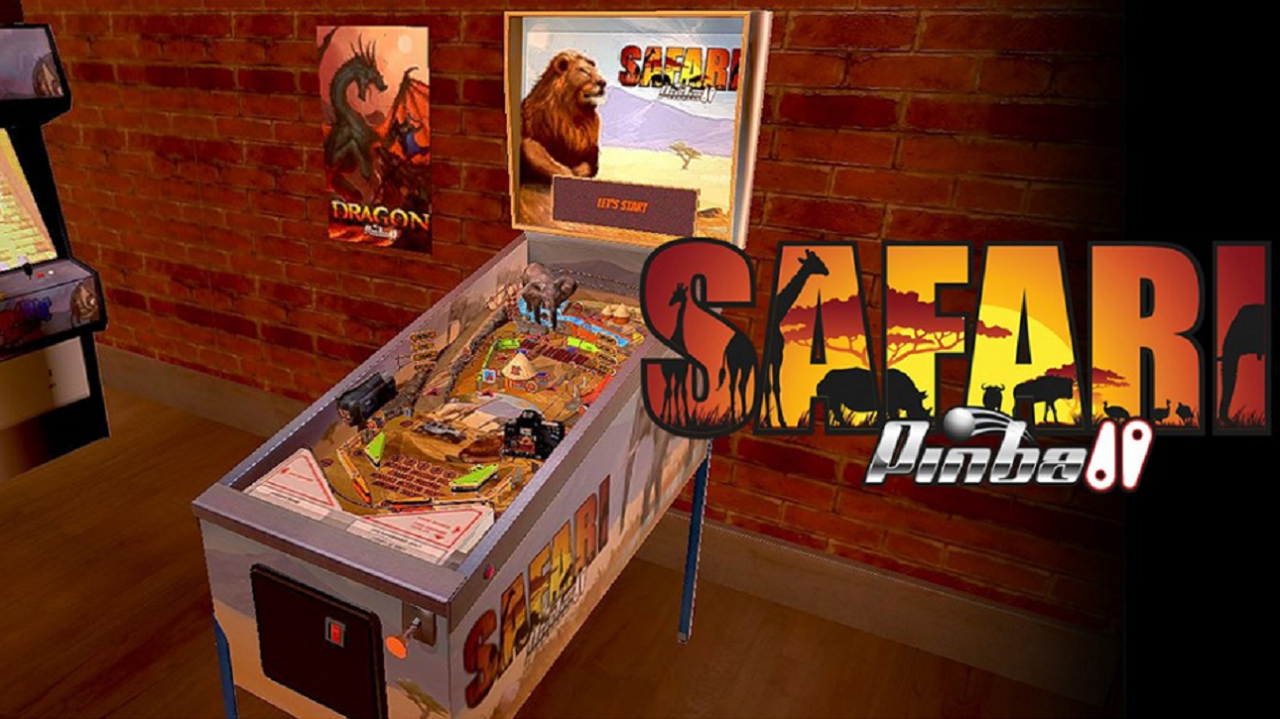 Safari Pinball delivers a serviceable experience at a budget price. Much like Pirates Pinball before it, the essentials are on offer, but there’s not much in the way of frills. This makes for a game that’s entertaining enough in short bursts, but average overall.

I’ll admit to liking the African theme; it reminds me of the Safari table from Pinball Dreams 2 on the PC. Theme is a key to these releases. It’s why I skipped the last two budget offerings in this line: Titans Pinball in May and Dragon Pinball in July. 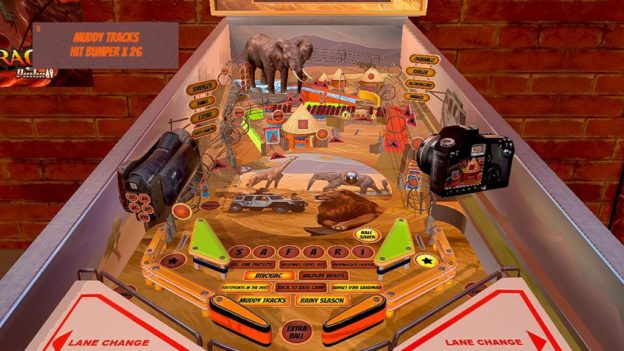 But beyond the Rhino cave that acts as a mini-playfield, there’s little in the way of standout features here. The visuals match the theme, and the catchy music track fits as well, but Safari Pinball is kind of sparse. Online leaderboards do give some legs as you try to beat your high score, and (unlike Pirate’s Pinball) I’ve yet to encounter an error when trying to access the board.

This doesn’t mean the game is free from bugs, though; three times I’ve had my ball get stuck for an amusing, game-ending glitch. Combined with ball movement that could be smoother (it feels a bit syrupy at points) there’s no way Safari Pinball can be anything but average. 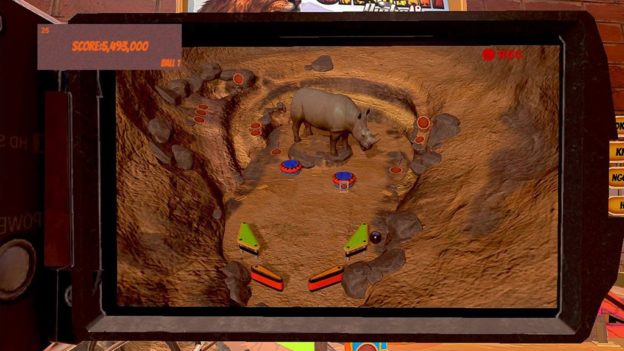 There’s not much more for me to say. What you see is what you get. If you want to “Make a Safari through Africa in the most entertaining Pinball!” $2.99 isn’t a bad price, but you get what you pay for.

Pinball enthusiasts will, presumably, find Safari Pinball acceptable for the cheap price. That’s not much of a ringing endorsement, though. The glitches annoy, and I still maintain that these budget tables would work much better as part of a bundle. 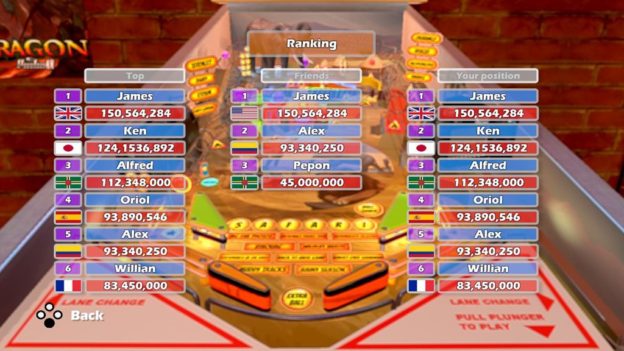 Pinball enthusiasts will, presumably, find Safari Pinball acceptable for the cheap price. That’s not much of a ringing endorsement, though. The glitches annoy, and I still maintain that these budget tables would work much better as part of a bundle.